Model who only feeds her spoiled Chihuahua Waitrose chicken splashes £7k on its birthday bash – complete with a dog-friendly cake, personalised bowls and champagne for the humans

While many of us are tightening the purse strings this time of year, one woman is splashing the cash to make sure one of her loved ones has the perfect birthday party – her dog.

Lizzie Lewis, 26, a model from London, splashed £7,200 on her Chihuahua Oscar’s eighth birthday party, hiring party planners to procure personalised bowls, a dog friendly cake and champagne on tap for the human guests.

The spoiled pooch, who appears with his owner in Channel 5’s Britain’s Flashiest Families this week, is used to the finer things in life, regularly enjoying blueberry facials, and dining on Waitrose chicken washed down with bottled water.

But Lizzie isn’t fussed about spending all her earnings on her beloved dog, insisting he’s ‘worth the money’. 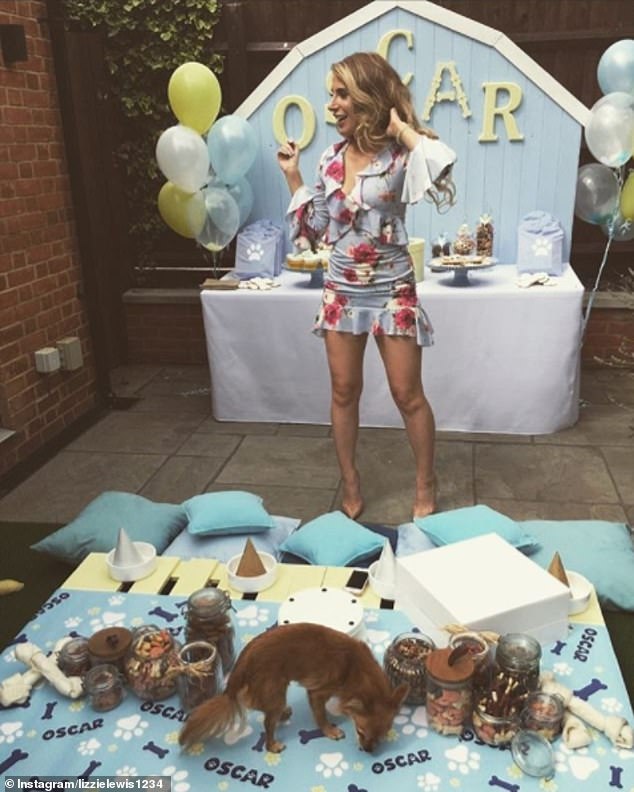 Lizzie Lewis, 26, a model, from London, splashed £7,200 on her Chihuahua Oscar’s eighth birthday party (pictured), which was put together by professional party planners in her rented flat 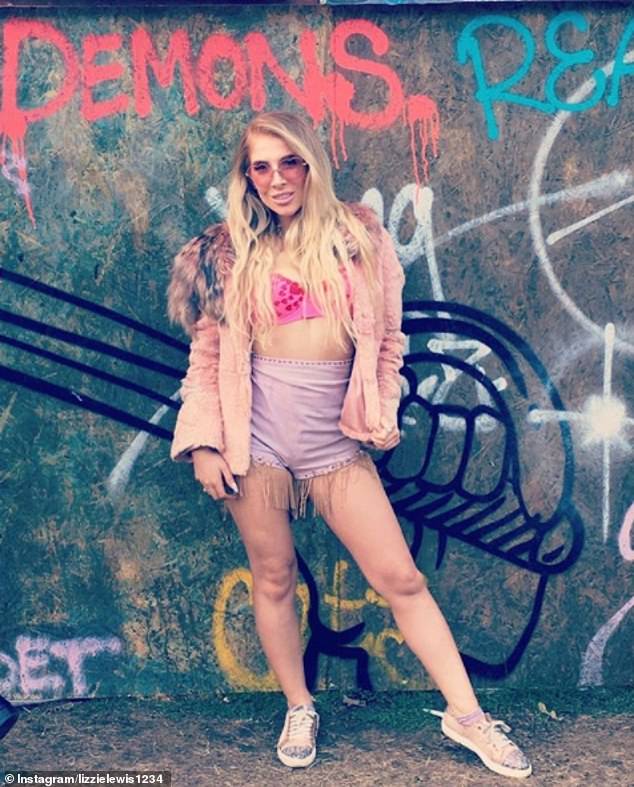 Lizzie (pictured) said she isn’t fussed about spending all her earnings on her beloved dog, because she thinks he is ‘worth the money’

The blonde bombshell, who lives with her boyfriend Patrick Lally, describes Oscar as the ‘flashiest dog in the country’.

Raised by her grandparents, Lizzie wanted to plan a special birthday party in memory of her grandmother, who bought Oscar shortly after her grandfather died, before she passed away herself last year.

Lizzie and Patrick, a director in his family’s construction company, met with professional dog party planners who quoted her £7,200 for the personalised bowls, decorations, balloons and table set up.

Patrick told the cameras: ‘It’s all been Lizzie’s baby and that’s why we started off at one figure and it just grew and grew and grew. 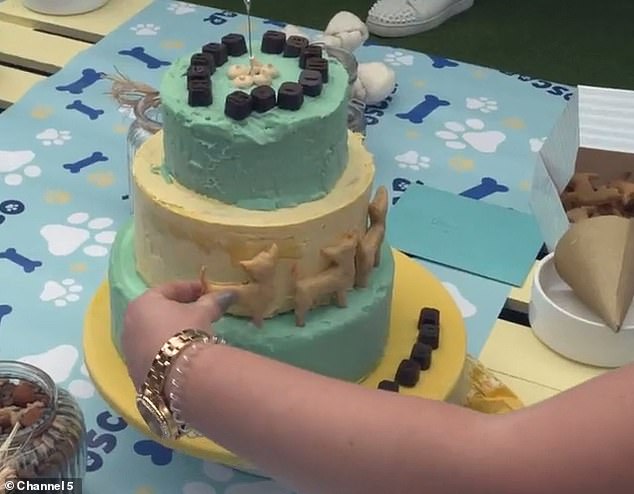 The party included a cake made out of sardines and dog treats (pictured), personalised dog bowls for all of the canine guests and treats and bottled water all on tap 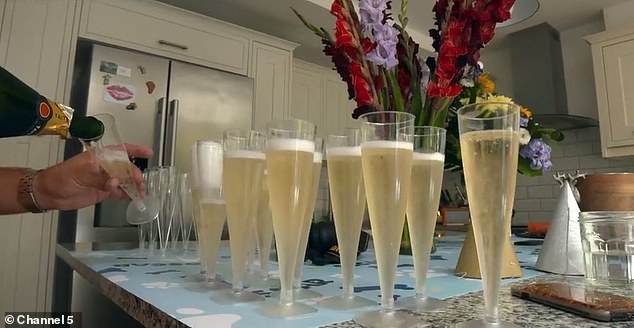 ‘I was like ”Babe, you keep saying yes to all this stuff, what’s the total cost going to be for this party, have you got any idea?” ”No I don’t know”.’

During the festivities the couple’s London flat was overrun with Oscar’s canine friends, who ate from jars filled with dog treats and had their own party hats and bowls of bottled water.

Lizzie and her guests sipped from glasses of Tattinger champagne while they watched the dogs play.

Thrilled Lizzie said: ‘I’m overwhelmed by the whole thing I just think it’s amazing. The dogs and Oscar in my flat, its just amazing.’ 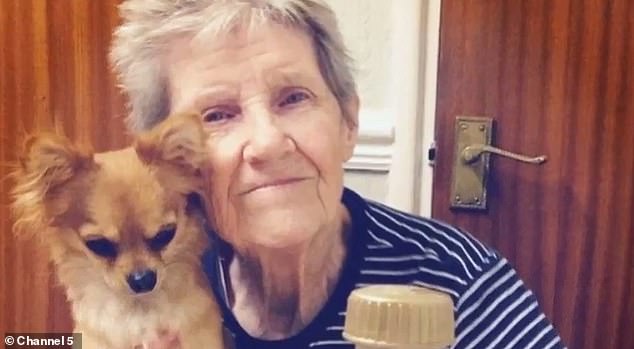 Lizzie revealed that she threw the extravagant birthday party in memory of her grandmother (pictured ) who passed away last year. Lizzie was raised by her grandparents and got Oscar after her granddad died 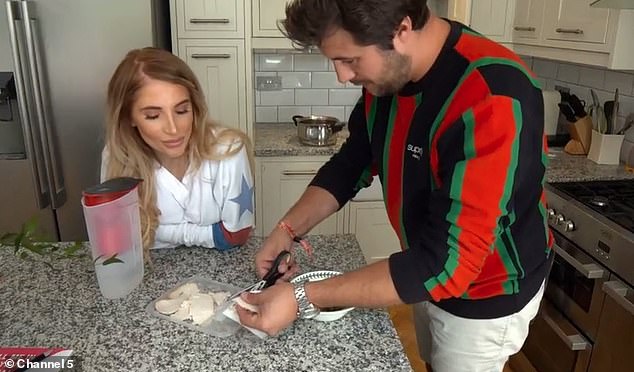 And Patrick later conceded that the hefty price tag had actually amounted to good value.

‘It’s all bespoke,’ he said. ‘You won’t find anything else like this anywhere, it’s been made purposely for Oscar’s party so I’m happy with it.’

And it’s unlikely Oscar would have been satisfied with anything but the best, as he is used to being pampered and lavished with presents.

Patrick was filmed preparing the dog’s Waitrose chicken and giving him his bottled water, and admitted that Oscar ‘eats better than I do’.

The dog has his own wardrobe full of designer doggy clothes, and Lizzie admitted she can’t count how much money she has spent on it. 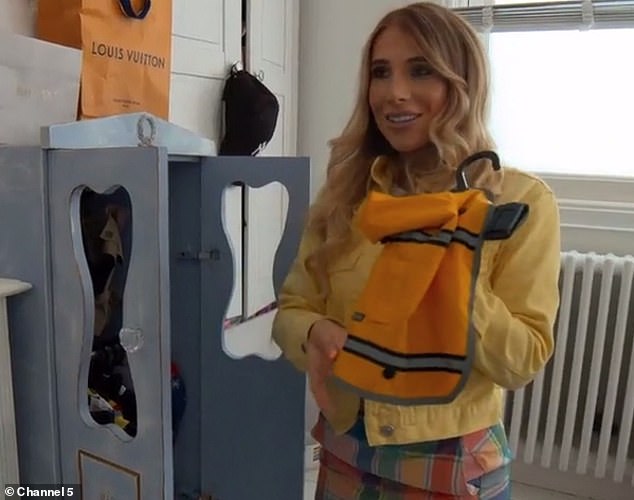 She doesn’t know how much she’s spent on Oscar’s wardrobe (pictured), but believes it’s worth the money buying him designer outfits 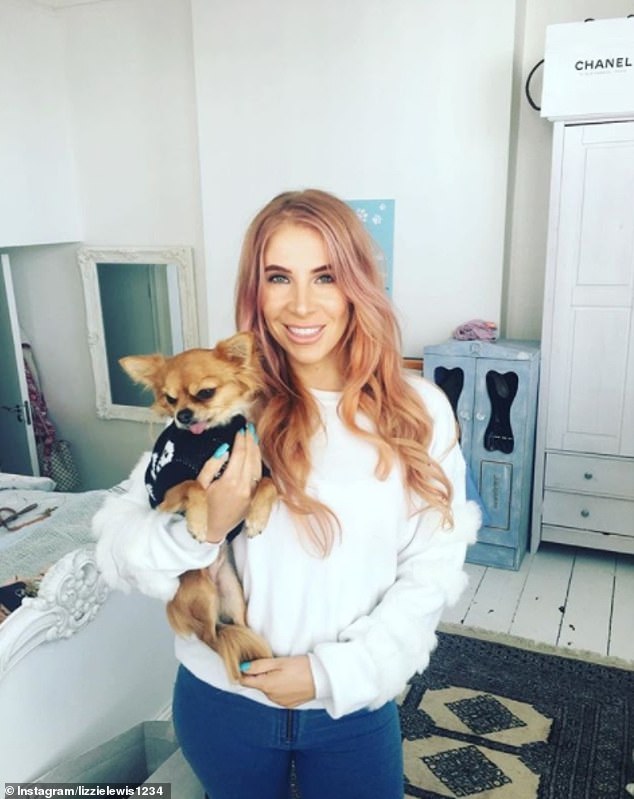 She doesn’t worry about spending all her money on her dog because she doesn’t want children, preferring to have chihuahuas instead. Pictured: Lizzie and Oscar

Viewers will also see him at the groomer’s getting a blueberry facial, hair cut and blow dry, and sporting a glittery blue collar and matching lead Lizzie bought him for his birthday presents. She spent around £500 on the pampering and presents before the party.

While much of Lizzie’s disposable cash goes on her pooch, she also likes to treat herself, going on spending sprees for luxury lingerie and treating herself to a bum lift that set her back £685 over four sessions.

But most of her earnings go on Oscar. ‘He’s my little baby,’ she said. ‘I don’t want children, I just want Chihuahuas.’