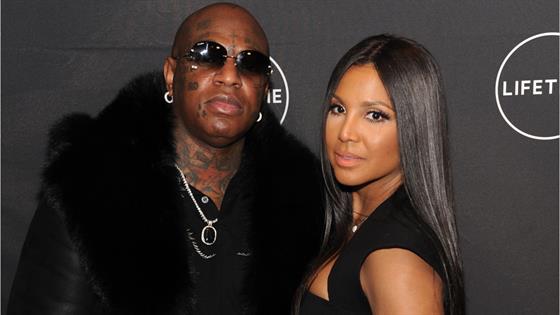 Fans were asking that very question on Wednesday night, when the rapper surprised his singer ex at a concert at the Fox Theater in Atlanta. As Toni sang “I Love Me Some Him,” the 49-year-old walked onstage, before walking into Toni’s open arms. They held each other in a tight embrace for a short time and then walked offstage with Toni holding Birdman’s hand.

An eyewitness tells E! News, “In person, it seemed that Toni Braxton and Birdman had definitely reconciled—but it was hard to tell if his appearance at her show was actually a surprise, or if Toni knew he was there ahead of time. Toni didn’t appear shocked to some members of the audience, because she looked right over in that direction before Birdman walked out.”

The pair announced their split earlier this year by sharing cryptic posts to their respective Instagrams. Birdman simply said, “It’s over.” Toni alluded to their breakup by sharing that she is “starting a new chapter” in her life.

Plus, both stars deleted all the photos from their social media accounts, much to the chagrin of fans.

The cause of their breakup is unclear and continues to baffle their legions of loyal fans. The power couple got engaged in February and were in the midst of planning their elaborate wedding, which was supposed to have a Great Gatsby theme. The only thing that appeared to be an obstacle in their walk down the aisle was their demanding schedules.

On E!’s Daily Pop, the “Un-Break My Heart” singer previously revealed that she and Birdman were struggling to decide on a wedding date. “We have to get married before the year is out. He said, ‘Before next year,'” she shared. “But unfortunately, in our business, it can be challenging sometimes.”

But with their recent reunion, perhaps there is hope that Toni won’t be singing another sad love song in the future.