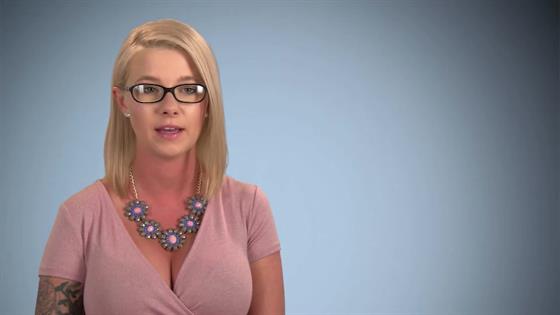 Can the Botched doctors help this former 16 & Pregnant star?

On Thursday’s all-new episode of Botched, Dr. Terry Dubrow and Dr. Paul Nassif met with ex MTV personality Lindsey Nicholson. The reality TV veteran turned to the doctors for help after a breast augmentation left her with painful, massive breasts.

Per Lindsey, she loved how her breasts “became so big” while pregnant with her daughter Aniyah. However, once Lindsey stopped breastfeeding, her breast size shrunk back down and she found herself unhappy with the way she looked.

Thanks to her time on 16 & Pregnant, a plastic surgeon offered to do Lindsey’s breasts for free…but only if she agreed to have the operation live-streamed on social media.

“So after I’m done with surgery, I wake up and it was the look that I had been hoping for,” Lindsey admitted in a confessional. “I had big boobs, but shortly after I realized I have this weird shooting pain throughout them, they fall into my back, and it’s impossible to find bras that fit me. They’re too big!”

After Lindsey explained her situation to the doctors, Dr. Dubrow had the 16 & Pregnant alum step into the exam room in order to take a closer look at the case.

“When it comes to breasts, there’s the pocket, there’s the implant and there’s the overlying soft tissue,” Dr. Dubrow explained to Lindsey. “So your pocket is way too big. The way we close that down is we put stitches in, but it has to be a very stable pocket that doesn’t allow an implant to break it down.”

Upon further explanation, Heather Dubrow‘s husband informed Lindsey that her large implants have caused a “weighted dissection.” While this complicated matters, Dr. Dubrow reassured the notable patient that it was “fixable.”

Despite agreeing to have the surgery, Lindsey ended up calling the doctors to cancel as she learned that she was pregnant. “Thank you for the consult, but I did have a little bit of news to tell you two,” Lindsey shared during a video call. “I am pregnant!”

Nonetheless, Lindsey noted that she hopes to have the procedure once she’s done breastfeeding again. 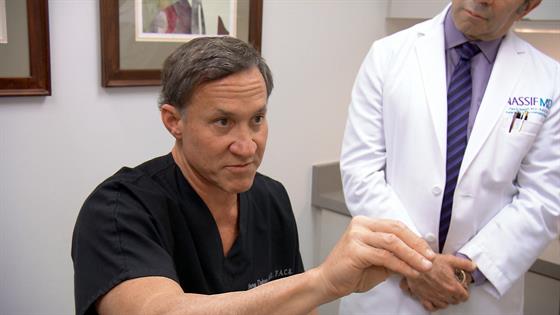 Although Dr. Dubrow and Dr. Nassif weren’t able to change Lindsey’s circumstance, they were able to help two new patients. Following a botched boob job—which included a horrible case of necrosis and an unusual fat transfer to her breasts—Shannon sought out Dr. Dubrow’s expertise.

“The breast tissue loss that you have from the original operation means the blood supply coming into the nipple is not that robust,” Dr. Dubrow warned Shannon. “This is a risky procedure.”

Since Shannon could lose her nipples following the revision surgery, Dr. Dubrow demanded that he be allowed to choose what size implant they use. “I need Shannon to temper her expectations,” Terry relayed later on. “She really needs to understand she probably won’t get exactly what her dream result is from this surgical procedure.”

Even with Dr. Dubrow’s ultimatum and a fear of losing her nipples, Shannon agreed to the surgery. Though there were plenty of risks, Dubrow was able to increase Shannon’s breast size and gave her a more symmetrical-looking chest.

“Now thanks to Dr. Dubrow, my breast deformity is gone and my girls are symmetrical,” Shannon gushed. 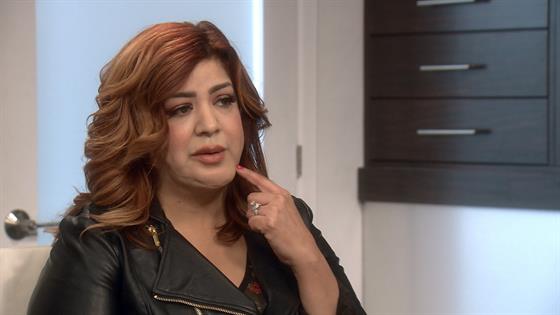 Shannon wasn’t the only one to walk away happy as new patient Michelle also had a successful encounter with the Botched doctors. Michelle seemingly had the plastic surgery experience from hell after her original doctor not only chopped her chin, but also put her in an uncomfortable ethical position.

Allegedly, the surgeon showed up at their consultation following an apparent bender and demanded Michelle not say a word to anyone. Thankfully, that was now in the past as Dr. Nassif offered up a game plan for Michelle’s chin.

“So taking out the chin implant through one of these incisions is gonna help,” Dr. Nassif expressed. “However, you have some loose skin. And I think, to give your face a little softer contour, then we’re thinking about doing a lift.”

After such a traumatic experience, Michelle happily agreed to surgery with Dr. Nassif. On top of a successful revision operation, Dr. Nassif went on to treat Michelle’s chopped chin with the ThermiTight treatment.

“Now since my surgery, I love my chin,” Michelle concluded. “It looks round, feminine, beautiful.”

See everything that went down on this week’s episode in the recap video above!

Watch a new episode of Botched Thursday at 9 p.m., only on E!