‘Big Sky’ just went there. The final moments of the show’s series premiere dropped the most jaw-dropping twist — by killing off a main character. Major spoilers ahead!

Big Sky premiere decided to kick things off with a bang. Killing off a main character is bold, that’s for sure. It starts when Cody Hoyt, played by Ryan Phillippe, gets a call from his son after a love-making session with his ex-wife, Jenny (Katheryn Winnick). Cody and Jenny’s son is worried about his girlfriend, Danielle (Natalie Alyn Lind), who was supposed to arrive at the house now. Cody starts making some calls, including his lover Cassie (Kylie Bunbury), to try and find them.

Turns out, Danielle and her sister, Grace, have been kidnapped by the mysterious Ronald (Brian Geraghty). After kidnapping a prostitute, Ronald ends up crossing paths with the girls when their car breaks down and tases them. He kidnaps the sisters and locks them in the back of his truck. 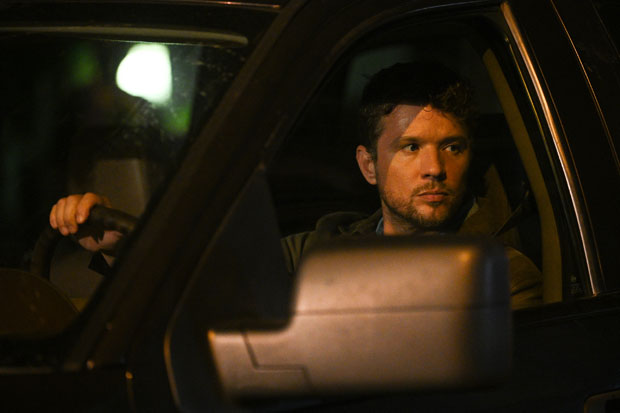 Cody calls State Trooper Rick Legarski (John Carroll Lynch), who offers to help with finding the girls. He tells Cody that this isn’t the first disappearance of young women to happen around these parts. They’ve had the “occasional young female vanish” over the years.

Cody and Legarski meet up to discuss the situation. Cody wants to check out a church and brings up that truckers have been tied to slave trade. Legarski makes small talk as he gets into Cody’s truck.

He asks Cody where he heard about the truckers being tied to slave trade. Cody makes an annoyed face and says it’s just cop talk. Legarski continues on and says, “Oh, one other thing…” In the next moment, Legarski pulls out a gun and shoots Cody at point-blank range. From the looks of it, Cody is probably dead. 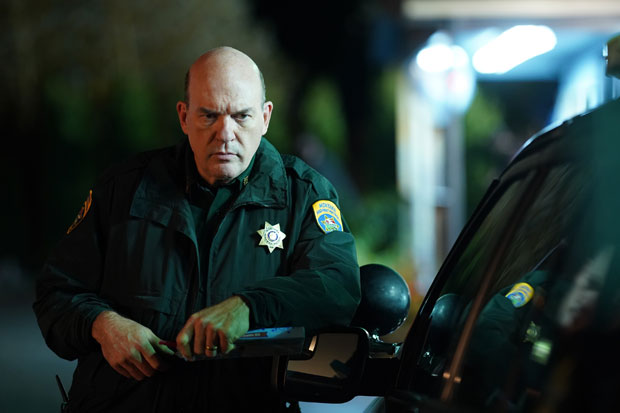 The window next to Ryan Phillippe’s character is covered in blood. When Legarski steps out of the car, he’s got blood on the left side of his face. He immediately pulls out his phone and calls Ronald to tell him that he’s been sloppy. While we don’t see Cody’s body, it would be hard to survive being shot at point-blank range. It appears that Big Sky just turned everything we thought we knew about this show and killed off Cody right off the bat. Big Sky airs Mondays at 10 p.m. on ABC.