Beyonce, with the most nods overall, received nine nominations in eight categories, including both record and song of the year for Black Parade, a track released during the height of the Black Lives Matter protests this summer with lyrics like "Put your fists up in the air, show Black love." In the best record category, Beyonce will compete against herself as the featured guest on Megan Thee Stallion's hit Savage.

Swift, whose last two LPs received minimal attention from the Grammys — and did not win any prizes — got six nominations, including five for Folklore, the blockbuster album she recorded during the coronavirus pandemic. Folklore is up for album of the year and best pop vocal album, and her song Cardigan got two nods, including song of the year. She even got a nomination for Beautiful Ghosts, a song she wrote with Andrew Lloyd Webber for the much-maligned film version of Cats. 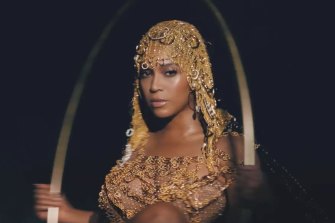 Beyonce, with the most nods overall, received nine nominations in eight categories, including both record and song of the year for Black Parade,Credit:Disney

Lipa, the British dance-pop star who won best new artist in 2019, is up for album of the year for Future Nostalgia, while her disco-tinged Don't Start Now was nominated for both record and song of the year. (The record category recognises the performer and producers of a single track, while best song is for songwriters.)

Two Australian acts scored Grammy nominations. Flume, a 29-year-old DJ from Sydney, is up for best dance recording with The Difference (featuring American singer Toro y Moi). It is Flume’s fourth Grammy nomination, after he won in 2017 for his second studio album Skin.

Psychedelic rockers Tame Impala also made the shortlist twice. The band, which originated in Perth and is fronted by Kevin Parker, is up for best alternative music album with Slow Rush and best rock song with Lost in Yesterday. Tame Impala has been nominated for a Grammy twice before but has not won. 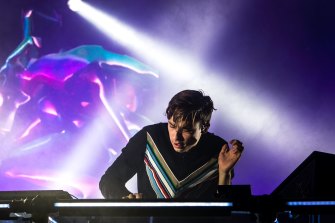 Flume, a 29-year-old DJ from Sydney, is up for best dance recording with The Difference (featuring American singer Toro y Moi),Credit:Rachel Murdolo

Other top nominees for next year's show, which is scheduled for January 31, include rapper Roddy Ricch, with six in four categories, and Brittany Howard, the frontwoman and guitarist of the band Alabama Shakes, with five for her solo debut. Billie Eilish, the 18-year-old auteur who swept the most recent awards, and rappers Megan Thee Stallion and DaBaby each got four.

But while the Grammys in recent years have made significant progress in reflecting the tides of current pop music, the latest crop of nominations includes some puzzling choices and snubs.

The Weeknd, the Canadian pop star whose After Hours is one of the biggest albums of the year — and who will perform at the Super Bowl halftime show in February — was spurned entirely, as was Luke Combs, perhaps the most successful young hitmaker in Nashville, Tennessee.

BTS, the K-pop phenomenon, received its first nomination down the ballot in the best pop duo/group category, a placement sure to be noticed by the group's huge and protective fan base. A posthumous album by rap star Pop Smoke that has been one of the year's biggest chart hits also received just one notice: best rap performance for his song Dior.

The major categories are dotted with artists who are far from household names. Black Pumas, a rock band with a retro soul sound — but little public profile — is up for record of the year (Colors) and best album, for a deluxe version of its self-titled debut LP. (The original version, released in June 2019, fell outside the awards' eligibility window, which covers music that came out from September 2019 to August 2020.) 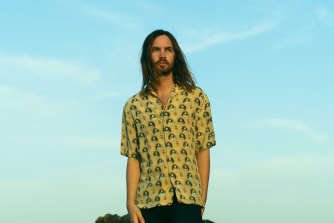 The makeup of live awards shows has been changing throughout the pandemic, with little apparent consensus among producers about how to put an event together. The Billboard Music Awards in October, for example, had no live audience, but the American Music Awards this week had a limited crowd (as well as cardboard cutouts of Beyonce and Jay-Z).

How the Grammys, music's biggest awards show, will handle its broadcast is unclear. In an interview, Harvey Mason Jr., a producer and songwriter who is the chairman and interim chief executive of the Recording Academy, the nonprofit behind the Grammys, said that the organisation intended to hold a live event in Los Angeles with a small audience, and that artists would be present to perform and accept awards. Many details are still being worked out; Trevor Noah, from The Daily Show, will be the host.

The nominations reflect a challenging year for the music industry, in which live performances were ground to a halt by the pandemic and artists have wrestled with social upheaval and a bitterly divisive election.

There has also been tumult behind the scenes at the academy, which has come under fire for its poor record in recognising Black artists and women in the major awards. The academy also had an explosive conflict with its former chief executive, Deborah Dugan, who accused the organisation of tolerating sexual harassment and of violating the integrity of its nominations process.

The academy has denied those accusations, and has made a number of efforts over the last year to diversify its ranks, including inviting more than 2,300 new members; 74 per cent accepted the invitation to join. Mason said an expanded membership is key to making the awards reflect the true state of music.

"This is a peer-to-peer award," he said. "Whoever gets the votes wins. So we have to make sure that the people who are voting are knowledgeable and representative of the music, and are voting with the intent of recognising and honouring quality music."

Last January, five months after she took over with a mandate to change the academy's status quo and just 10 days before the Grammys event, Dugan was removed from her post, and later terminated. The academy said she had mistreated an underling. In a legal complaint, Dugan denied that accusation and said that her dismissal was retaliation for documenting a range of misconduct and other problems at the organisation, including excessive legal fees and conflicts of interest by board members.

Mason declined to comment about the pending arbitration process between the academy and Dugan, as did a lawyer for Dugan.

For the latest Grammy Awards, the crop of nominees includes many women and artists of colour. But that has also been the case for several years now, and the true test of change at the Grammys may be who ultimately wins.

Reaction to the news was mixed. BTS fans celebrated the group's first nomination but griped that the boy band was shut out of the major categories.

And in an Instagram post, Justin Bieber, who received four nods, including best pop vocal album for Changes, complained that he was not nominated in an R&B category. "I am very meticulous & intentional about my music," Bieber wrote. "With that being said I set out to make an R&B album. Changes is an R&B album. It is not being acknowledged as an R&B album which is very strange to me." (He added, "Please don't mistake this as me being ungrateful.") 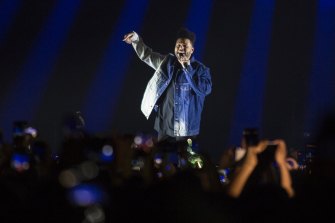 Also up for record of the year are DaBaby's breakthrough hit Rockstar, featuring Ricch, which gained extra currency with a Black Lives Matter-themed remix; Say So by rapper, singer and internet firebrand Doja Cat; Eilish's Everything I Wanted; and Post Malone's Circles.

In the song of the year category, Black Parade, Cardigan and Don't Stop Now will go up against Circles, Everything I Wanted, Ricch's hit The Box, H.E.R.'s I Can't Breathe and If the World Was Ending, by JP Saxe with Julia Michaels, whose popularity on TikTok helped it become a streaming hit.

No matter who wins best country album, a woman will take home the prize: nominees include Andress (Lady Like), Miranda Lambert (Wildcard), Ashley McBryde (Never Will), Brandy Clark (Your Life Is a Record) and the male-and-female group Little Big Town (Nightfall).

Several categories were adjusted over the last year, in ways that intersected with the social justice debates that have been bubbling through the industry.

Over the summer, as the music industry wrestled with issues of race, the academy announced that it had renamed urban contemporary as progressive R&B. That change predated the industry's most recent discussions, but the connotations of "urban" have long been debated, including at the Grammys.

Nominees for best progressive R&B album — which, according to the academy's peculiar musicology, "may include samples and elements of hip-hop, rap, dance and electronic music" as well as "production elements found in pop, euro-pop, country, rock, folk and alternative"— are Aiko, Chloe x Halle, Free Nationals, Robert Glasper and Thundercat.

The nominations for this year's 83 categories were winnowed down from more than 23,000 submissions — an uptick from the 21,000 that were submitted for the 62nd annual ceremony, suggesting that musicians have focused on recording work in the absence of live opportunities during quarantine.

One category was affected by the pandemic, however. The nominations for best immersive audio album — formerly known as best surround sound album — were delayed because, according to a Recording Academy spokeswoman, the panel of specialists who review those recordings considered virtual meetings but decided that "there was not a way to judge all the entries in a thorough manner that does justice to the entries and was safe for the committee members."

The entries for that category will be taken up again next year, but judged separately from the 64th annual submissions.

Record of the Year

Everything I Wanted, Billie Eilish

Album of the Year

Song of the Year

Everything I Wanted, Billie Eilish

Rain on Me, Lady Gaga with Ariana Grande

The New Abnormal, The Strokes

It Is What It Is, Thundercat

Highest in the Room, Travis Scott

Alfredo, Freddie Gibbs and the Alchemist

Stick That in Your Country Song, Eric Church

Who You Thought I Was, Brandy Clark

When My Amy Prays, Vince Gill

Your Life Is a Record, Brandy Clark

I Remember Everything, John Prine

Producer of the Year, Non-Classical