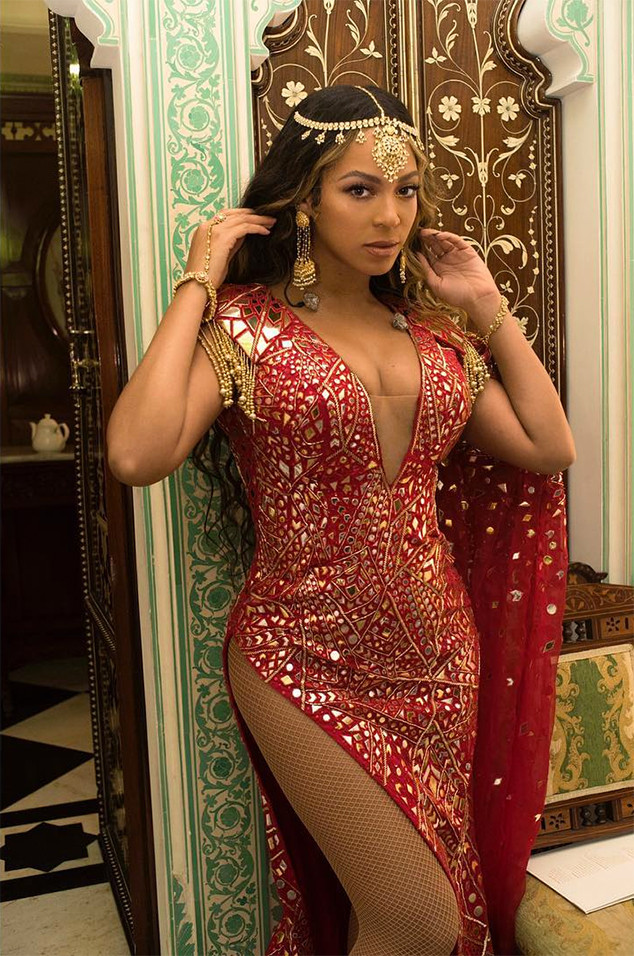 Beyoncé showcased sexy and traditional looks in India as she performed a private concert at a pre-wedding event for businesspeople Isha Ambani and Anand Piramal in their native India.

Ambani, daughter of India’s richest man, Reliance Industries Chairman Mukesh Ambani, and Anand Piramal, the son of Piramal Group’s billionaire chairman Ajay Piramal, are set to marry on Wednesday in Udaipur. On Sunday, Beyoncé took the stage at a pre-wedding party, performing songs such as “Crazy in Love” and “Perfect” while showcasing several hot looks.

Among them were a plunging red and gold studded dress with a high slit, paired with a traditional Indian headpiece and matching jewelry, as well as a Abu Jani Sandeep Khosla gold fringed leotard and gold thigh-high boots.

Beyoncé later posted on her Instagram page photos of herself at the event, and a video of herself performing.

On Saturday, Nick Jonas and Priyanka Chopra, who wed in India just last weekend, were spotted dancing at the couple’s Sangeet party, another pre-wedding event, according to India Today. Hillary Clinton also attended the bash, and danced together with fellow former Secretary of State John Kerry and the Ambani family, the outlet reported.