Meghan the MUSICAL! BBC will tell the Duchess of Sussex’s life story in a special ‘Rodgers and Hammerstein-inspired’ programme to air on Radio 4 on New Year’s Day

The BBC will air a musical comedy based on the life of the Duchess of Sussex, it has been announced.

Titled The Sixth In Line To Be King And I, the ‘Rodgers and Hammerstein-inspired’ piece, will look at Meghan’s life and her future, as she expects her first child.

The 15-minute musical is described as an ‘inspired celebration of Meghan Markle’s life to date’. It will air on Radio 4 on New Years Day. 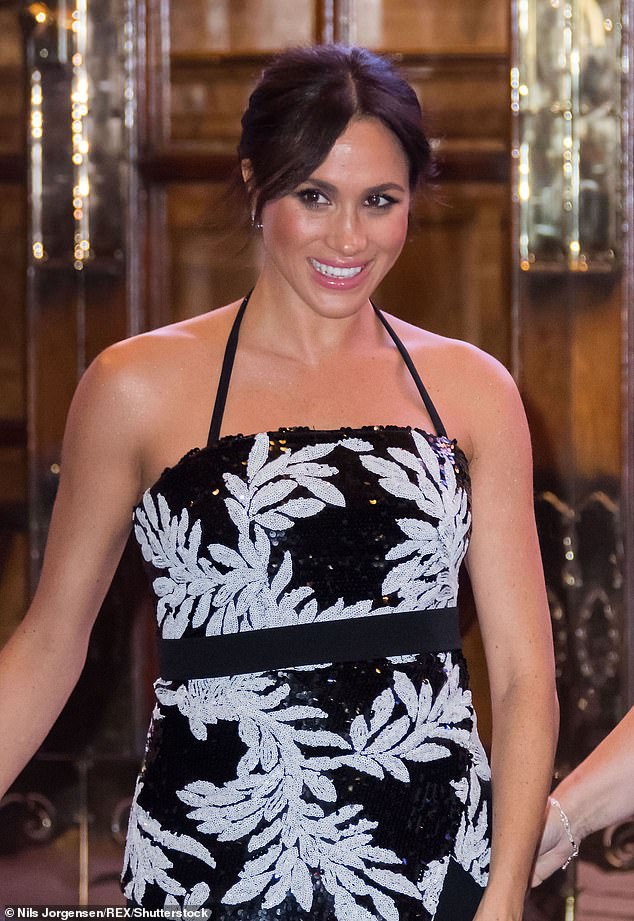 The BBC will air a musical comedy based on the life of the Duchess of Sussex, it has been announced. Pictured, Meghan at the Royal Variety Performance in London last month

The musical will also ‘look ahead to what promises to be an exciting 2019 for the happy royal couple as they expect their first child in the spring’.

Cast as the Duchess of Sussex is British improv comedian Pippa Evans, with comedy writer and performer Richie Webb and actor Dave Lamb – who is best known for narrating Channel 4’s Come Dine With Me – have also been cast.

The musical will look at the royal life of Meghan since her marriage to Prince Harry in May, and news of their first child.

It’s thought that the radio show will also imagine what her future will be like as part of the British Royal Family. 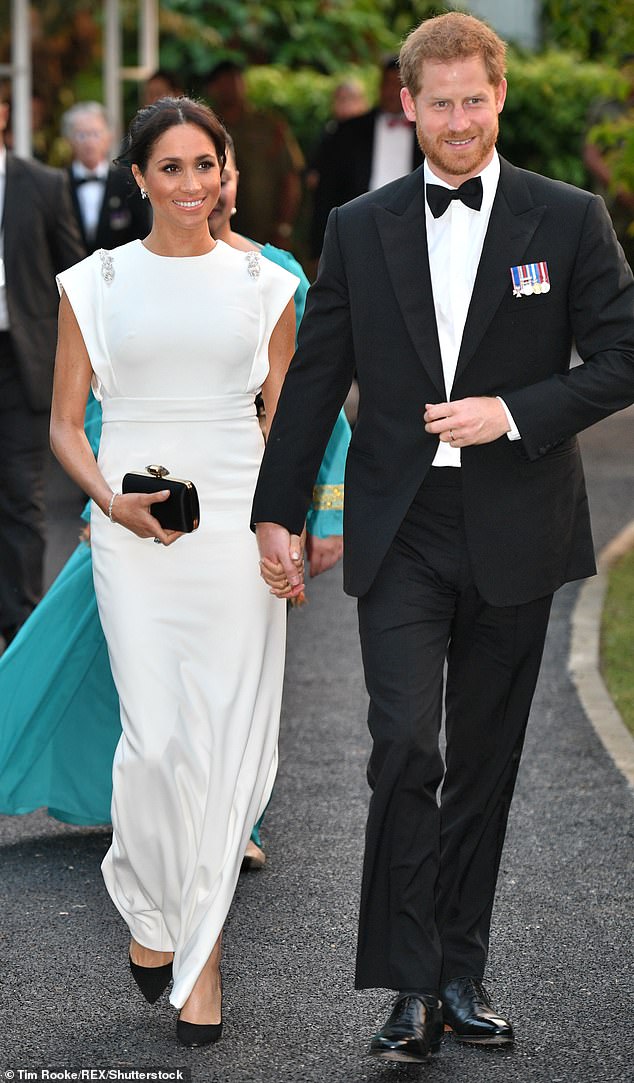 Titled The Sixth In Line To Be King And I, the ‘Rodgers and Hammerstein-inspired’ piece, will look at Meghan’s life and her future, as she expects her first child. Pictured, the Duchess with Prince Harry in Tonga in October

It is one of two episodes of the 15 Minute Musicals series.

The first, Eurostars, airs on New Year’s Eve and features a Eurovision Song Contest-style performance from ‘our non-Brexit-obsessed counterparts on the continent as they look back on their action-packed 2018’.

Songs could include Boom Bang-a-Barnier and Save Your Lira For Me.

The mini-musicals were announced as part of the Christmas and New Year highlights on BBC Sounds.

Other shows include Christmas specials of That Peter Crouch Podcast and Fortunately With Fi And Jane. 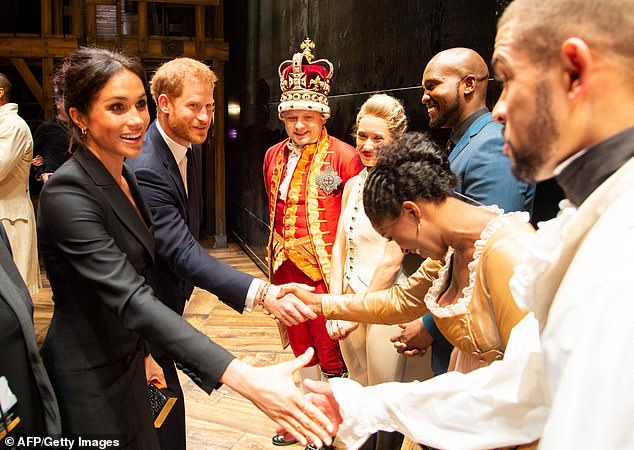 Meghan and Harry are fans of musical theatre having attended repeat performances of the popular Broadway show Hamilton. Pictured, the royal couple meeting members of the cast in August

Lance and his husband, British Olympic diver Tom Daley, became parents in June to a baby born via a surrogate.

There will also be interviews with the likes of Courtney Love, Bob Marley, Madonna, David Bowie and Adele from the BBC Archive.

BBC Sounds can be downloaded to listen to the Christmas and New Year highlights.