Does Rahul have a secret wife? Bake Off viewers are convinced the winner is married after presenter Noel Fielding jokes about a mystery spouse during the final

Last night’s Bake Off final saw baker Rahul take the crown and while it has remained a firm talking point among fans, many were quick to point out another revelation.

Following Tuesday’s finale many viewers were left convinced that the 2018 champion has a secret wife following an off the cuff comment from Noel Fielding.

During the signature challenge when the contestants were tasked with making two batches of iced doughnuts Rahul could be struggling to fill his with a mango creme.

And as the filling squirted from the piping bag host Noel said: ‘You’ve got mango on your wrist and on your collar. Your wife is gonna thin you’ve been having an affair with a mango.’ 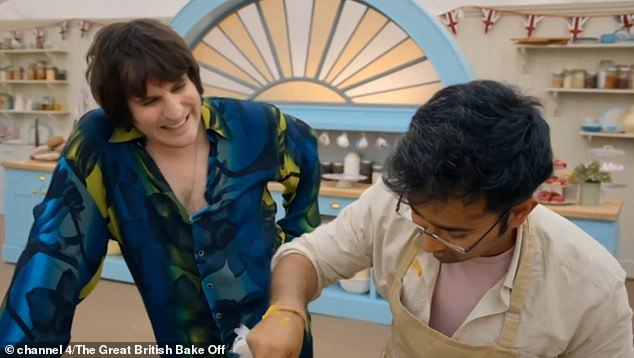 To which Rahul replies: ‘No I don’t think I would be having a fruity affair.’

Baffled viewers immediately took to Twitter speculating whether the baker was in fact married.

One wrote: ‘Did Noel say that Rahul had a wife or did I just dream that?’

Joining the conversation another added: ‘Anyone else clock Noel joking with Rahul about his wife… his what now?  Who is this mythical wife? Where is she?’

A third added: ‘Can anyone confirm for me either way: Does Rahul have a wife?’ 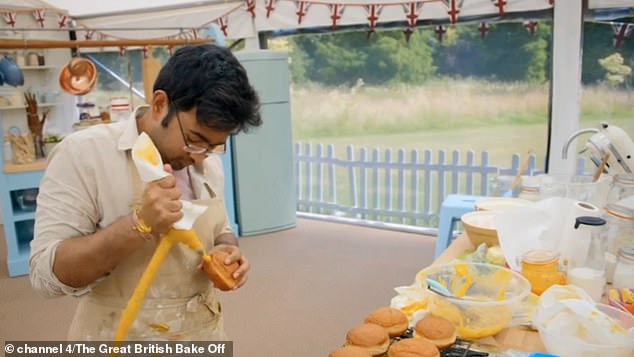 It remains unclear whether the winning baker is married but MailOnline has contacted Channel 4 for a comment.

The mention of the ‘mystery’ wife  came as a shock to most viewers as no relationship has been previously mentioned.

Born in India, Rahul moved to the UK on a university scholarship when he was 23 and now lives in Rotherham with another couple – husband and wife Liz and David from Sheffield. 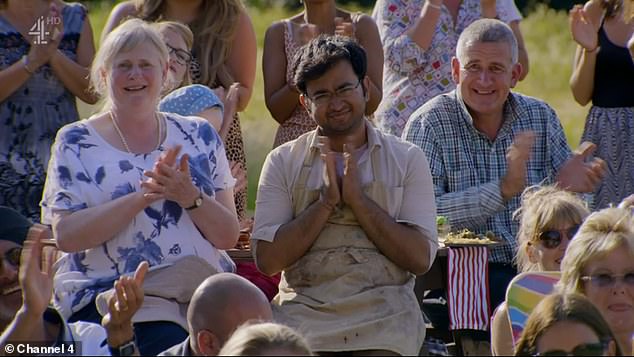 It remains unclear whether Rahul is married, with the baker currently living with husband and wife Liz and David (pictured) from Sheffield 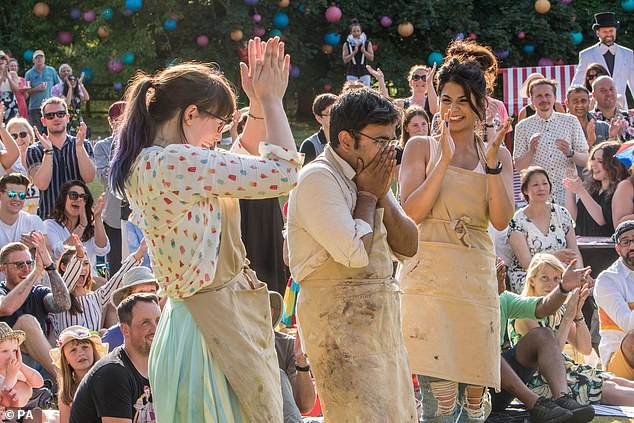 While his parents, who still live India, have been featured on the programme no spouse has made an appearance with Rahul’s housemates coming to support him during the final.

His final challenge – an edible rock garden made from orange-flavoured green curd, cardamon diplomat and orange butter cream – secured his victory after a doughnut Signature Bake task and pitta bread Technical Challenge – complete with three dips – over an open fire.

Who is GBBO winner Rahul Mandal?

Rahul, who moved to the UK from Kolkata in 2010 to do a PhD in optical metrology (precision measurement using light) at Loughborough University has already won an army of fans on social media.

Once in the UK, he discovered new flavours and cuisines that have inspired his East-meets-West style of baking.

He will perhaps be best remembered for receiving a flurry of coveted ‘Hollywood handshakes’ during the series after securing the Star Baker title during the Break and Cake weeks.

Rahul went from outsider to series favourite for the Channel 4 competition after winning Star Baker twice in the first three weeks, yet Rahul took up baking only five years ago, to help him make friends. 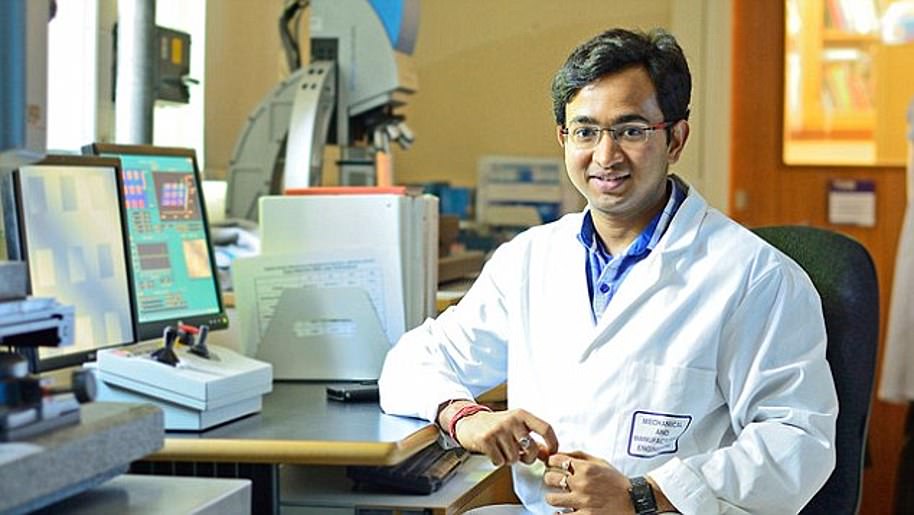 Winner: Rahul Mandul moved to the UK from Kolkata in 2010 to do a PhD in optical metrology (precision measurement using light) at Loughborough University. He previously worked at the University of Sheffield’s Nuclear Advanced Manufacturing Research Centre 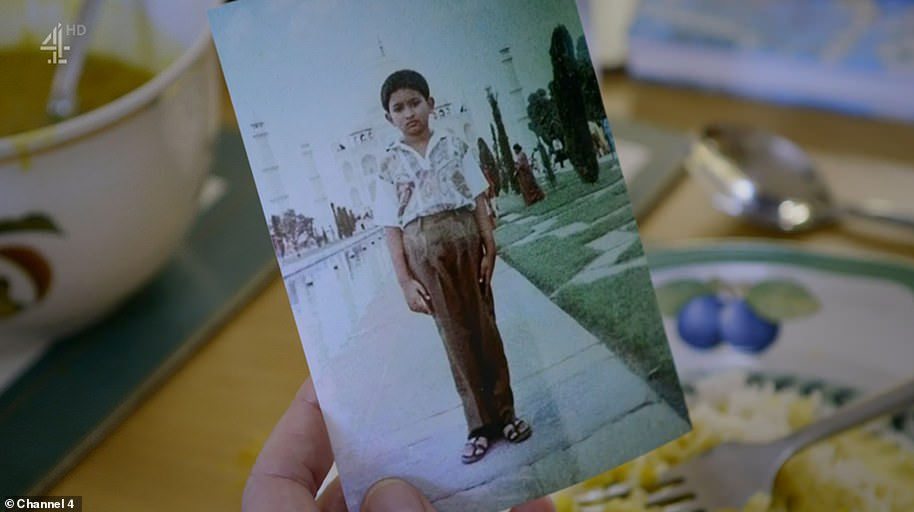 A childhood snap of Kolkata-born GBBO winner Rahul Mandal standing in front of the Taj Mahal. Rahul went from outsider to series favourite for the Channel 4 content after winning Star Baker twice in the first three weeks, yet Rahul took up baking only five years ago 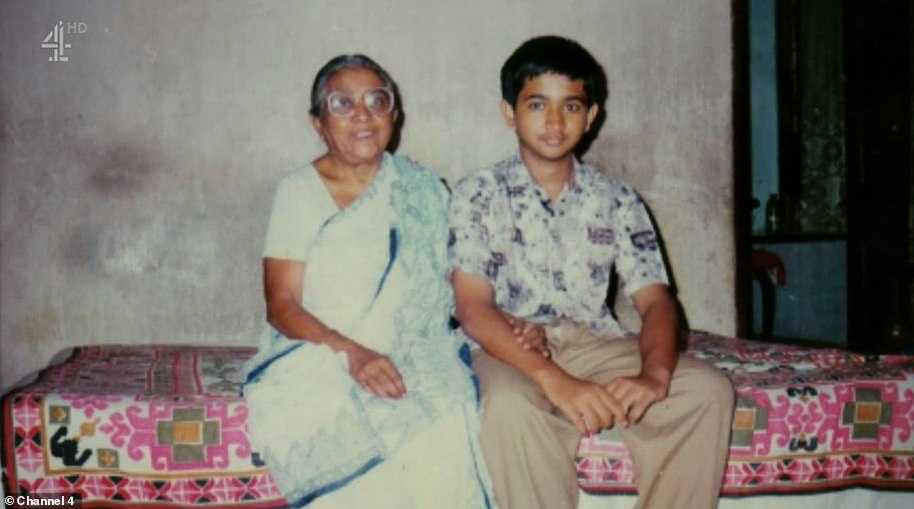 Series favourite Rahul as a little boy with a family member. His spreadsheet recipes and timid nature have already won him a huge fan base, and he melted hearts even more by revealing in week one that he Skypes his parents in India ‘every day’

His shaking hands have often betrayed his nerves and he once admitted: ‘Inside me is like a pressure cooker. It can burst any time.’ And despite his scientific approach he often winced while presenting his creations to be judged.

He famously apologised for putting too much fruit on his Chelsea buns during an earlier challenge, only for Paul Hollywood to tell him they were ‘baked to perfection’ and later describe him as a ‘little genius’ for his korovai – a sweet Eastern European bread served at weddings – which he decorated with swans.

In week two, his collar cake with chocolate shards earned him a coveted Hollywood handshake, the first for a showstopper, perhaps to make up for earlier calling him ‘chubby faced’. 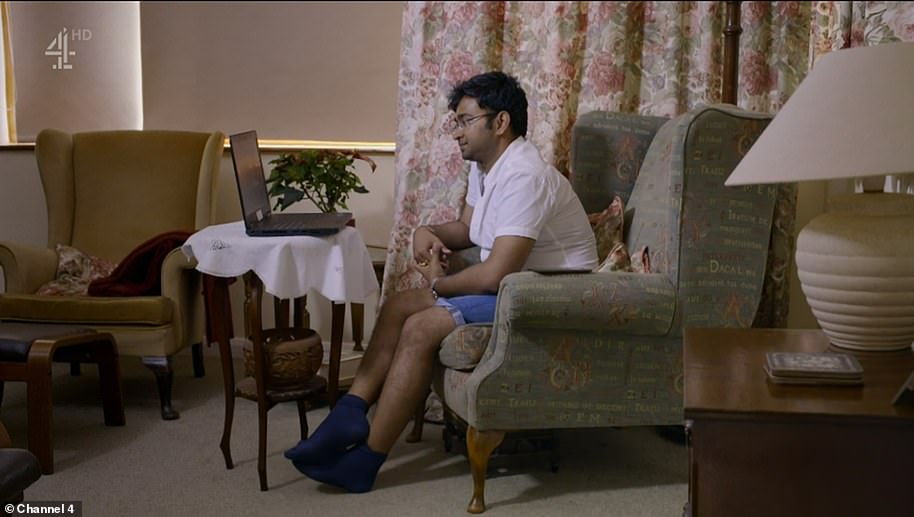 Earlier this week, bookies suspended bets on Rahul Mandal taking the crown, and so it proved after he was named the winner on Tuesday night during a dramatic series finale (pictured: the Kolkuta-born scientist Skyping with his family back home)

His spreadsheet recipes and timid nature have already won him a huge fan base, and he melted hearts even more by revealing in week one that he Skypes his parents in India ‘every day’.

He was recently spotted carrying a giant sponge into work for his colleagues at the University of Sheffield’s Nuclear Advanced Manufacturing Research Centre.

Rahul, who lives in Rotherham, admitted: ‘Even as a child, rather than watching sports, I enjoyed watching cookery shows. I never baked when I was in India. My baking journey began in the UK about five years ago when I was feeling lonely.

‘The first cake I made was about two years ago, when my parents visited the UK for the first time.’ 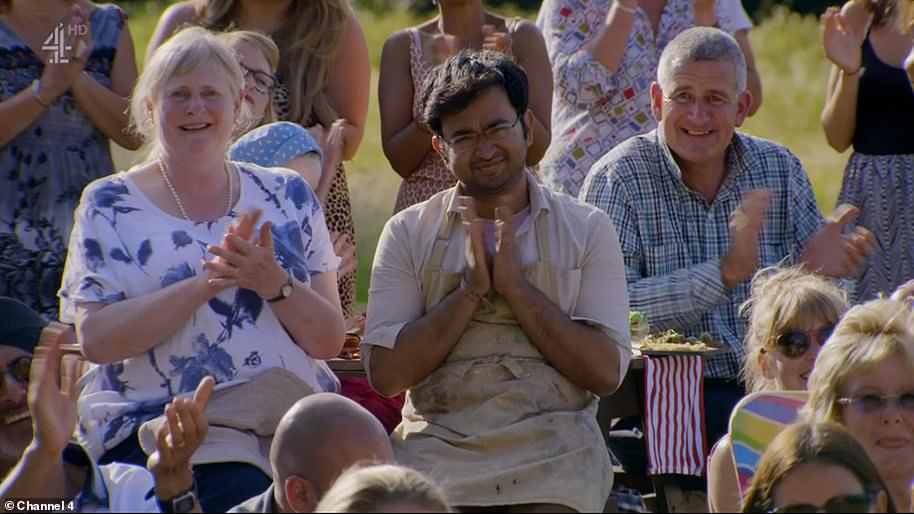 Rahul’s friends Liz (pictured to his left) and David (to his right) supported him at the finale. They became his first friends when he arrived in Britain and took him under their wing, and David was the one who encouraged him to apply

‘Even five years ago I really had no idea about Bake Off. One of my colleagues kind of pushed me to apply. I think pretty much everybody I know will be surprised.’

Rahul came over to Britain eight years ago with no friends or family. Husband and wife Liz and David from Sheffield met him through work and deciding to take him under their wing, the trio struck up a firm friendship.

It was David that encouraged Rahul to bake and have the confidence to apply for the show.

Liz said during the finale: ‘I think it must have been really hard for him to come to this country and be on his own, it’s a very hard thing to do.’

David said: ‘To actually pick up the cuisine of a new country and get to a level where he’s one of the top three amateur bakers in the country is just phenomenal.

‘He is family and I know he sees us as his family in Sheffield. I think my life would have been a lot poorer if I hadn’t met Rahul.’