Counterespionage agency ASIO questioned at least one Chinese journalist in Australia in connection to an investigation involving a staffer of suspended NSW Labor MP Shaoquett Moselmane.

ABC journalist Bill Birtles and Australian Financial Review reporter Mike Smith were forced to leave China on Monday. The Chinese Ministry of Foreign Affairs has publicly claimed the reason for their questioning of Birtles and Smith was due to their involvement in the case of Australian-TV anchor Cheng Lei, who is being detained under national security laws in Beijing. 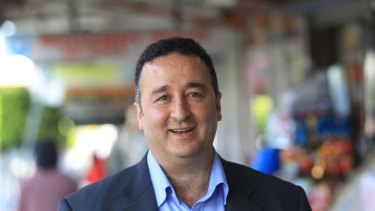 But both journalists claim they have had little to no contact with the CGTN anchor and questioning about the case by Chinese authorities was superficial.

The Sydney Morning Herald and The Age can reveal that Chinese journalists were part of a WeChat group connected to Mr Moselmane's part-time staffer John Zhang.

ASIO briefly interviewed at least one of the Chinese journalists on June 26 in connection to the probe looking at Mr Moselmane's office, according to senior Australian security sources.

The questioning took place on the same day that NSW Labor MP Shaoquett Moselmane was questioned by Australian Federal Police and ASIO.

Mr Moselmane, who wrote essays and speeches praising Beijing's leadership, calling for a "new world order" and dismissing "the obsolete scum of white Australia" had his comments distributed via WeChat group that his staff member John Zhang was involved in.

Sources close to the investigation, who declined to be identified because inquiries are ongoing, confirmed Chinese state media journalists were also part of the WeChat group.

Mr Moselmane told the ABC in August that the social media group was "just a friendly chat group" and has strongly denied the claims against him.

"There's nothing sinister. But it's been made to sound like something covert," he said.

Australian Federal Police have alleged that Mr Zhang, who attended a propaganda training course in 2013 run by the Overseas Chinese Affairs Office, had concealed from Mr Moselmane that he and others were collaborating with the Chinese state apparatus.

Senior Australian government sources confirmed questioning took place, but said it was normal procedure and it shouldn't be compared with the treatment of Smith and Birtles who had been forced out of China.

A spokesperson for ASIO said it was standard practice not to comment on intelligence matters.

Documents filed in the High Court allege that Mr Zhang used a private social media chat group with Mr Moselmane to encourage the MP to advocate for Chinese state interests.

He is also accused of failing to disclose to Mr Moselmane that he was acting "on behalf of, or in collaboration with" key apparatus of the Chinese Communist Party (CCP), "including the Ministry of State Security and the United Front Work Department".

ASIO is examining if covert activities or agents directed by the Chinese Communist Party may have sought to influence Mr Moselmane, Mr Zhang or others in Mr Moselmane's office and whether the politician and his staffers had any knowledge or involvement."

Mr Zhang is challenging the constitutional validity of the new federal foreign interference laws, specifically the offence of "reckless foreign interference" in section 92.3 of the Criminal Code Act 1995, upon which the warrants are based. The laws were passed in 2018 and this is the first time they have been challenged in court.

Birtles and Smith, the China correspondents for the ABC and The Australian Financial Review, were forced to board a flight to Sydney on Monday night after spending five days under protection in Australian diplomatic missions.

Xinhua reported on Wednesday that Chinese state media journalists were raided by an Australian intelligence agency on June 26.

The state media agency claimed the reporters were interrogated for several hours while computers and mobile phones were seized.

"These were normal law enforcement activities. During the entire process, the Chinese departments conducted themselves in strict accordance with law," he said.