NSW Arts Minister Don Harwin has been accused by Labor of using arts funding as his ''personal plaything'' as organisations warn they may have to close if grant announcements drag on beyond the New Year. 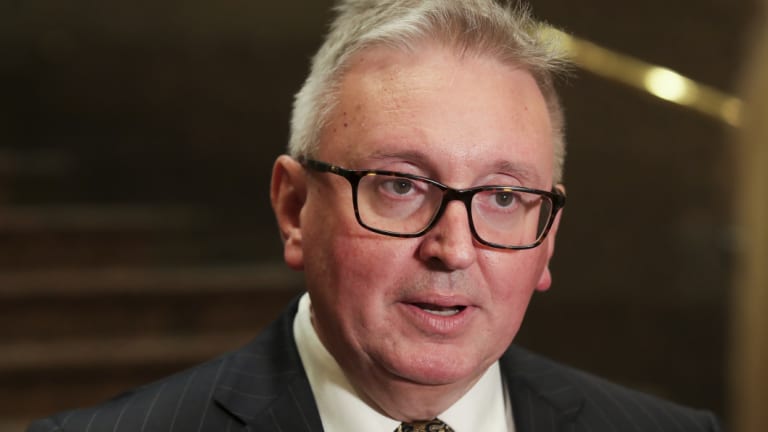 With five days left until the Christmas shutdown, a competitive round of annual funding for arts bodies in 2019 has still to be announced.

Create NSW has denied Annual Program Funding has been delayed, saying it did not have set dates for such announcements and the dates changed from year to year.

Timing depended on when the rounds were opened and assessment meetings held, and at this stage applicants would likely be advised in early January.

But Esther Anatolis, executive director of the National Association for the Visual Arts, said arts organisations had expected an announcement last month and any delay beyond that was unconscionable, affecting staffing and programs.

'All I'm hearing right now is how concerned people are – especially given the last round's funding delays were caused by political interference.''

Labor's art's spokesman Walt Secord said: ''Make no mistake, arts organisations will go to the wall because of [the minister's] cavalier approach to the distribution of funds.''

“The Arts Minister Don Harwin must recognise that artists and arts organisations depend on these grants.

The grants, Mr Secord said, were the difference between artists being able to pursue artistic endeavours and being ''forced to turn their backs on their careers''.

It's not the first time the government's arts funding program has been embroiled in controversy. In September Mr Harwin disclosed that part of a $1 million one-off grant to the Sydney Symphony Orchestra had come from a fund which supported small to medium-sized arts groups.

An independent panel had originally recommended 17 projects share a total budget of $660,000 but when its recommendations went to the minister, he stripped away $400,000 and redirected it to the orchestra.

''These organisations are so important for enriching NSW's social and cultural fabric and they rely on funding from the government to contribute to the cultural life of Australia,'' she said.

''I am personally feeling quite disheartened by this apparent lack of interest and investment in Australian culture and arts.

''I would like to see the government make a commitment to this vital part of the economy and our daily lives – this withdrawal of support affects so many of my collaborators and creative colleagues and it is bad for the vibrant, innovative, responsive and hard-working industry that I am a part of.''