’Tis the season! Ariana Grande joined Jimmy Fallon and some of his former Saturday Night Live cast members on The Tonight Show Starring Jimmy Fallon on Tuesday, December 18, to recreate the iconic “I Wish It Was Christmas Today” sketch.

The late-night show opened with announcer Steve Higgins introducing “a holiday treat for all,” followed by Grande, 25, holding onto Chris Kattan’s shoulders and bopping to the beat. Fallon, Tracy Morgan and Horatio Sanz reprised their roles from the season 26 performance, which originally aired in 2000. Just like in the original sketch, Fallon, 44, and Sanz, 49, did all of the singing while their fellow performers simply danced along as snow fell from the ceiling.

Grande, who also performed her new song, “Imagine,” on Tuesday’s episode, was already in the holiday spirit before she entered the building. Hours earlier, posted a picture of her Christmas tree, which was hanging upside down on the ceiling of her NYC apartment. She later explained that the unique holiday decoration is a metaphor for her life right now. “Sometimes life just be upside down, man,” she told TMZ. 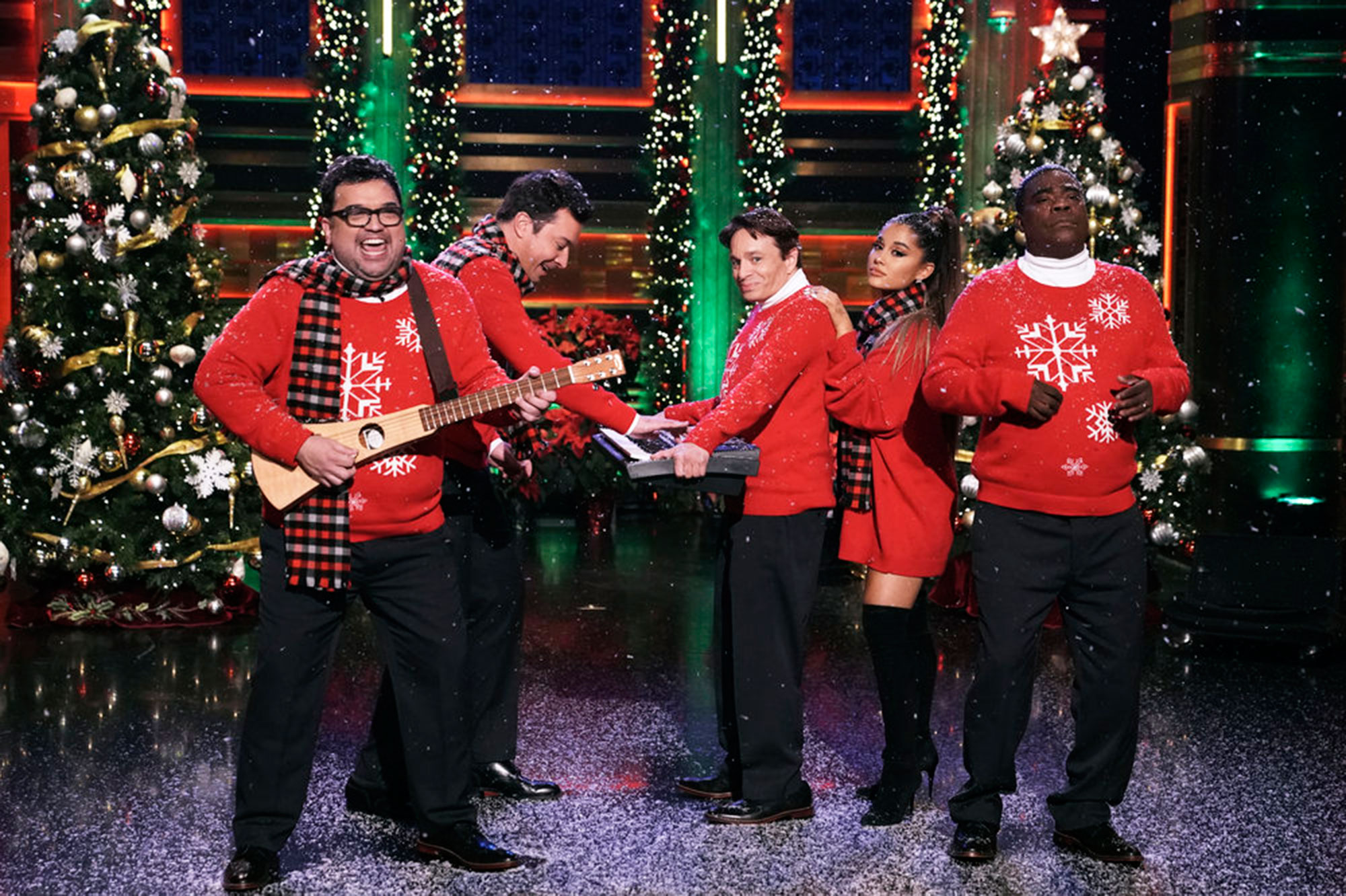 The Nickelodeon alum’s appearance on The Tonight Show marked the second time she was in NBC Studios in less than a week, as she rushed there on Saturday, December 15, to be with her ex-fiancé, Pete Davidson, after he posted a disturbing note on Instagram.

“I’m downstairs and I’m not going anywhere if you need anyone or anything,” the musician tweeted at the time, suggesting that she was outside the SNL studios where Davidson, also 25, was rehearsing. “I know u have everyone u need and that’s not me, but i’m here too.” A source told Us Weekly that while the comedian knew Grande was in the building, he refused to see her.

“i really don’t want to be on this earth anymore,” the Set It Up star wrote on Instagram earlier that day. “i’m doing my best to stay here for you but i actually don’t know how much longer i can last. all i’ve ever tried to do was help people. just remember i told you so.” The New York Police Department later confirmed to Us that officers “made a wellness check” on Davidson and successfully “made contact with him.”