Outsmarted! Parents reveal the hilarious antics of their VERY cheeky children who know exactly how to get their own way

From taking a bite out of every slice of pizza to avoid sharing to sneaking packets of sugar out of a restaurant in a bread roll, some children will go to any lengths to get their own way.

A hilarious gallery collated by Pizza Bottle, shows the hilarious antics of children from around the world who think outside the box, despite their tender years.

Many children chose to find sneaky hiding places for foods which their parents wont approve of, such as one girl who filled her bag with cheese puffs to secretly snack on during a trip to the shops.

Meanwhile, another child wrote a disclaimer before agreeing to give her mother a back rub. 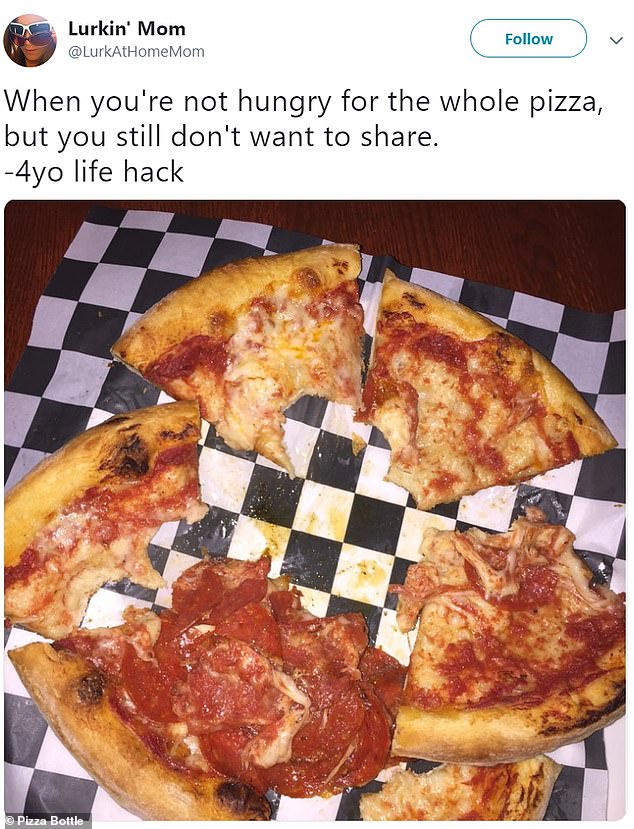 Sharing is not caring! Pizza Bottle collated a series of photos posted on social media of children from around the world behaving mischievously, including this four-year-old who nibbled each slice of pizza to avoid sharing 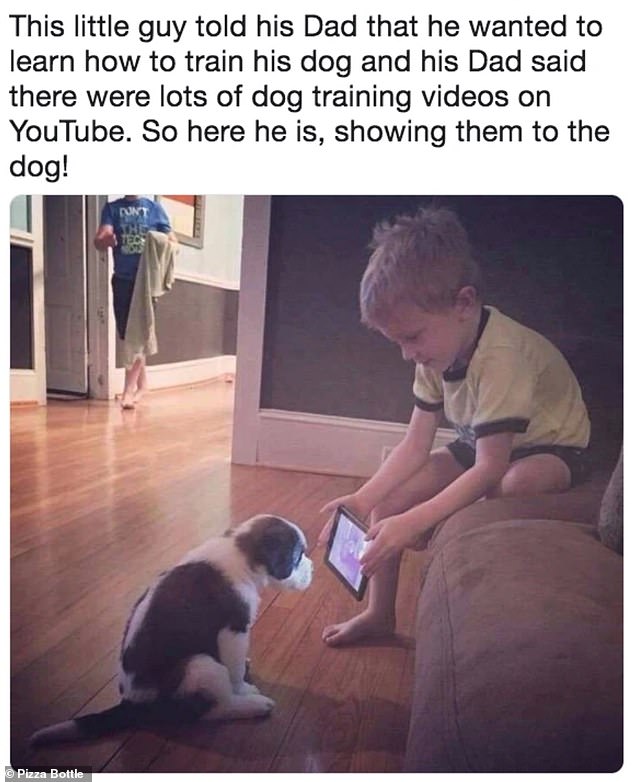 A lazy trainer! This young boy wanted to teach his dog some tricks, but decided showing him videos on YouTube was the best way for the pup to learn some new skills 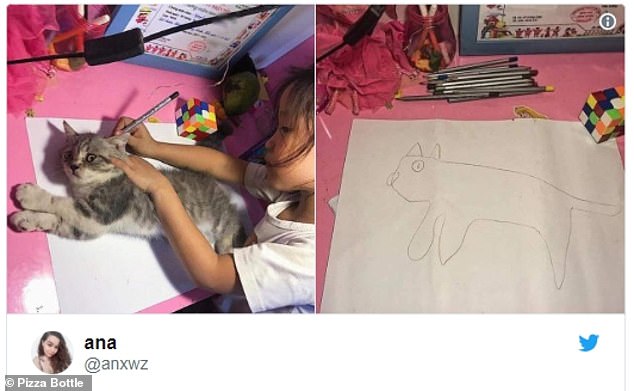 Mini Monet! When tasked with drawing a picture of a cat, this quick-thinking youngster decided to use the family pet as a stencil 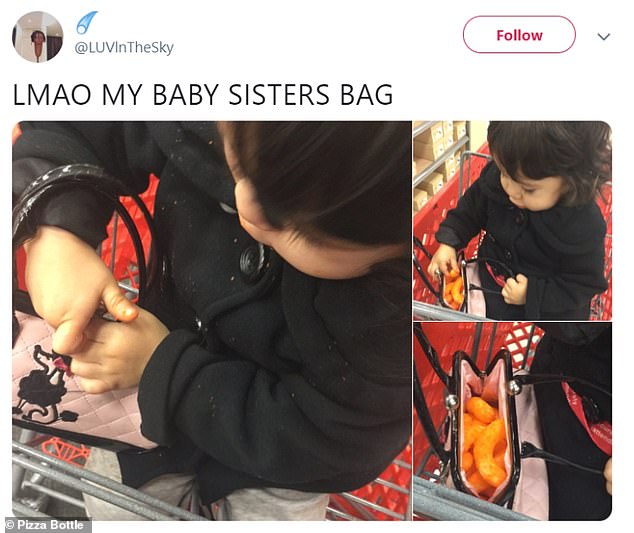 Snack time! This youngster made sure she didn’t go hungry during a shopping trip by filling up her little bag with cheese puffs 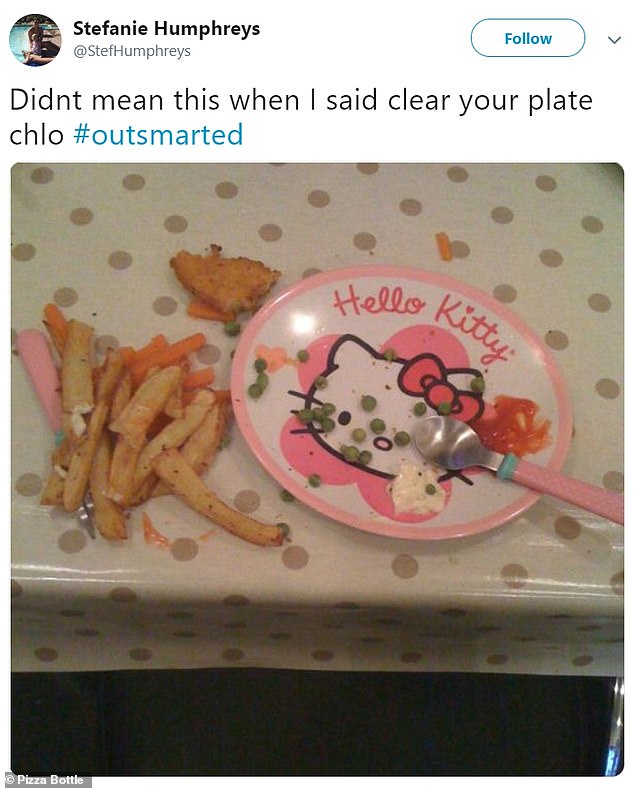 Can’t argue with that! ‘Clear your plate’ is a common refrain among parents, but how many have received this as a response? 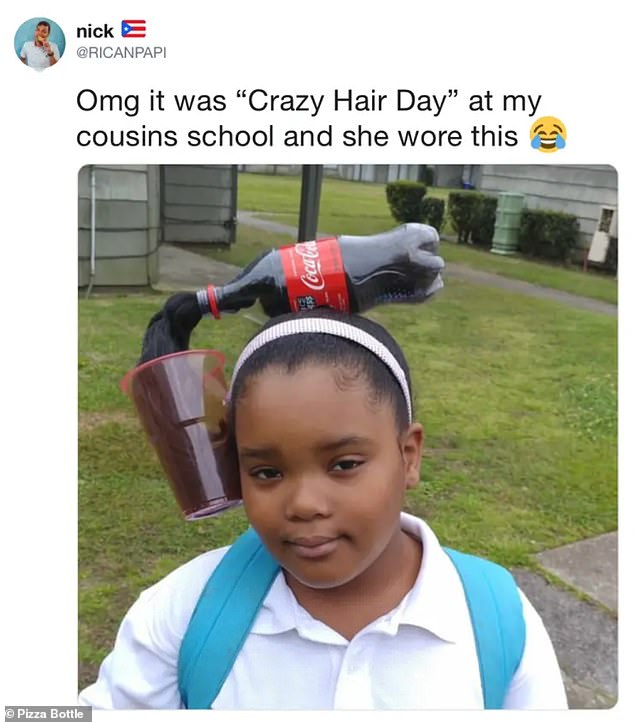 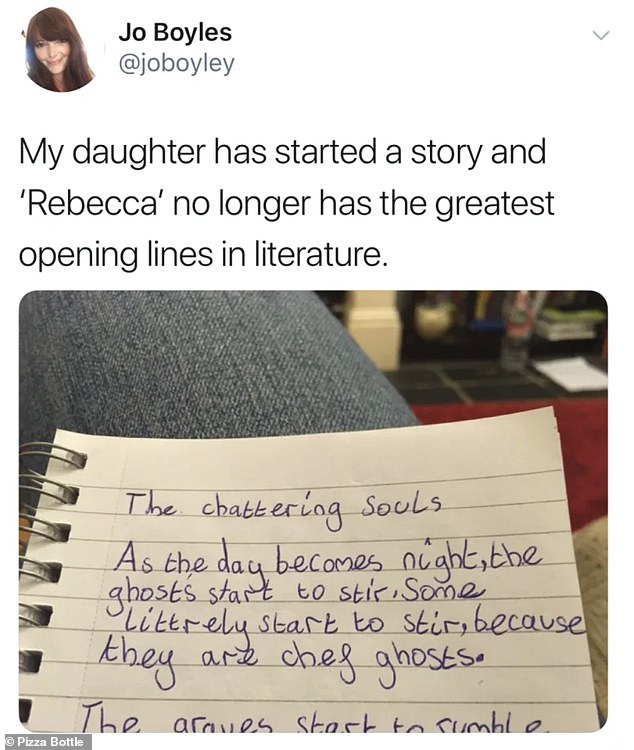 A woman joked that her daughter had ousted Daphne du Maurier as a literary great, thanks to her vivid imagination 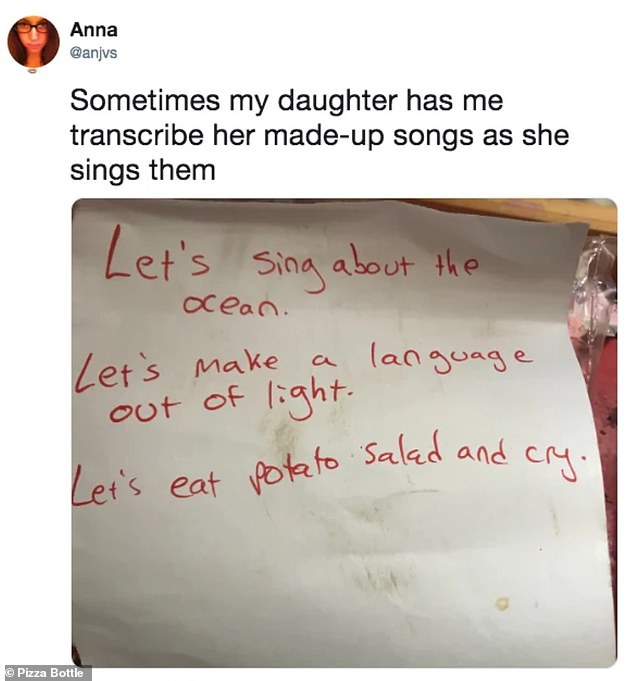 Next stop, the Grammy’s! A woman revealed her daughter’s rather quirky efforts at songwriting, which the youngster insists she transcribes as she sings 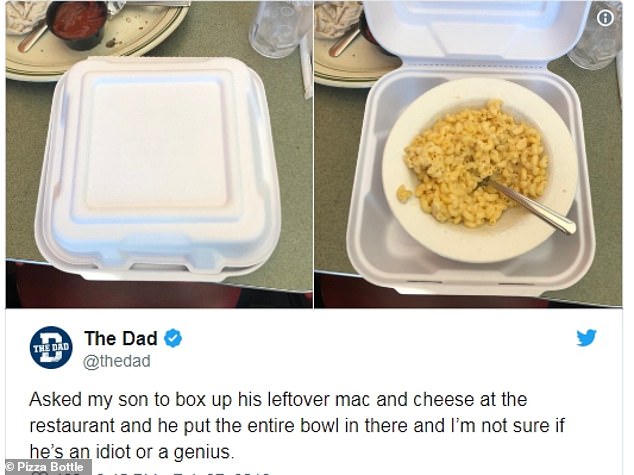 Nothing to complain about! As well as getting to take home his leftover meal, this man inadvertently ended up getting a free bowl too 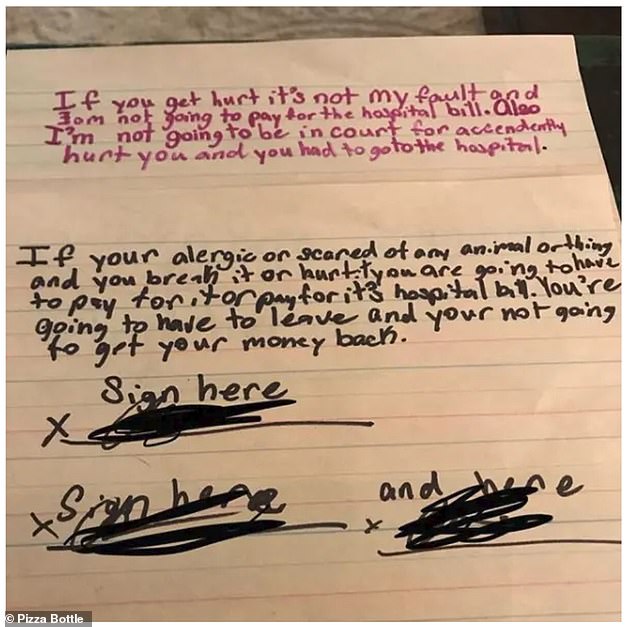 Call my lawyer! Another parent was left in hysterics after her daughter wrote a lengthy disclaimer making her aware of the risks associated with receiving a back rub 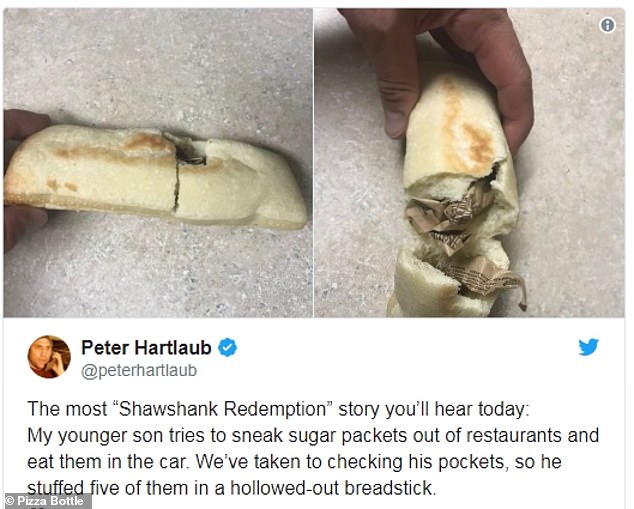 Ingenious! A youngster who likes to smuggle sugar out of restaurants has found a much more sophisticated solution than simply putting them in his pockets 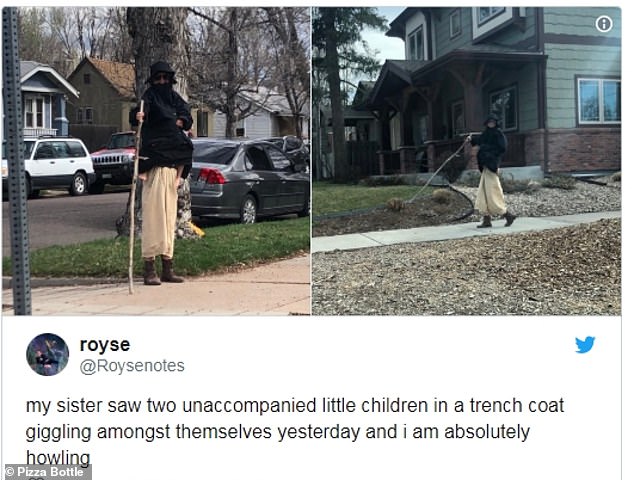 Just out for a casual stroll! These youngsters posing as one person had everyone fooled 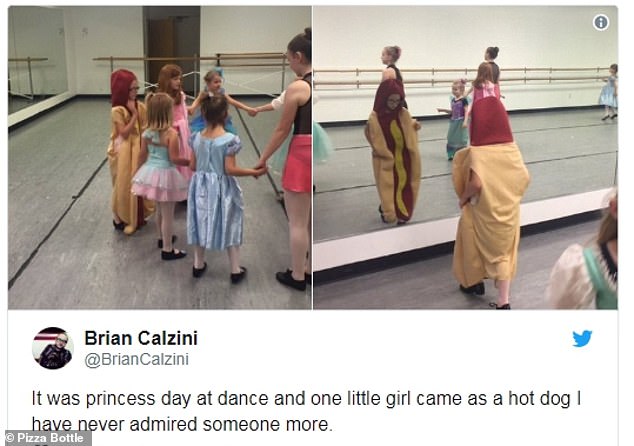 A man was amused by a child who dressed up as a hot dog for princess day at dance class, and she certainly stood out from the crowd