Robert Forster, a prolific character actor who has appeared in more than 100 films, died in Los Angeles of brain cancer on Friday.

Tarantino created the bail bondsman character Max Cherry with Forster in mind, and the role netted him his first Academy Award nomination. 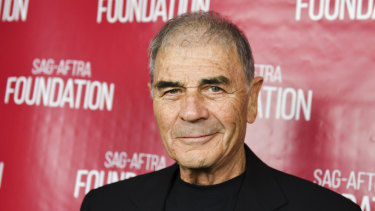 Most recently Forster, 78, reprised his Breaking Bad role as Ed in El Camino: A Breaking Bad Movie, which was released Friday, and appeared in Steven Spielberg's Amazing Stories and Werewolf.

David Lynch cast the actor with a distinctive weathered look in Mulholland Drive and in the rebooted Twin Peaks as Sheriff Frank Truman.

"I've done a lot of genre pictures in my career … I've always liked them," Forster told the Bleecker Street blog upon the release of 2018's indie drama What They Had.

Forster played Tim Allen's father in Last Man Standing, a rare comedy appearance, and played the father of a comatose mother in Alexander Payne's The Descendants, which was nominated for ensemble acting prizes by SAG and the Gotham awards.

Born in Rochester, New York, Forster started his career on Broadway in Mrs. Dally Has a Lover before John Huston cast him in Reflections in a Golden Eye opposite Elizabeth Taylor and Marlon Brando.

He appeared in Medium Cool for director Haskell Wexler and starred in the TV series Banyon – reportedly the role that Tarantino remembered when casting him in Jackie Brown – and appeared in movies including Alligator, Olympus Has Fallen and American Perfekt.

Tributes for the actor flowed online, with actor Amy Shields saying she was "broken-hearted to hear of Robert's passing".

"He was incredibly warm and encouraging to me. A man whose presence radiated love and kindness. A real gift to our craft. Thinking of his family and friends tonight," she said in a social media post.

Singer-songwriter Donnie Wahlberg, who also appeared in Diamond Men with Mr Forster, said: "Truly one of the kindest, most giving actors/human beings that I’ve ever worked with, and forever a dear friend. He’ll be missed."