Q: I'm 55, and have been having some routine health checks. After a recent blood test, my doctor asked me to come in for a digital rectal examination. For some reason I thought of digital displays – a machine thing. When he pulled on latex gloves, I realised which digit was involved. The examination proceeded without an issue, but, on my way home, I realised that the experience had shaken me. Intellectually, I know this is ridiculous, but I did feel a little traumatised.

A: Your reaction is not uncommon. For many men, the idea of being penetrated is deeply confronting. This irrational response can be intense, and visceral, as generations of gender stereotyping kicks in. 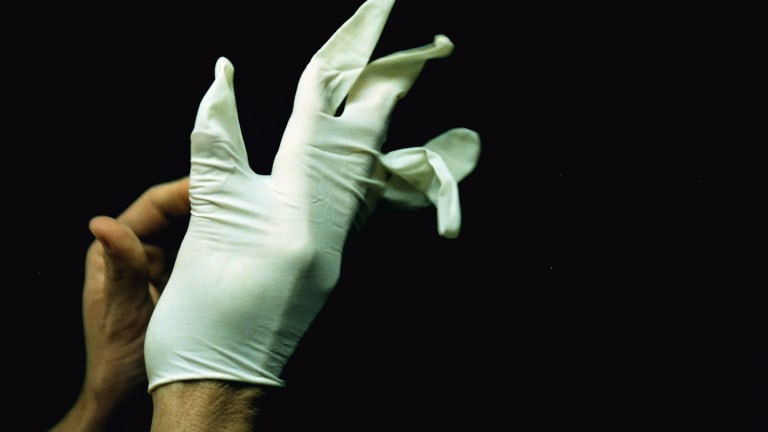 Digital dilemma: Men’s phobia about being penetrated has not only been irrational, it has also proved to be deadly. Credit:tanya lake

A hundred years ago, in the wake of World War I, society underwent radical cultural changes. Women had gained the vote, and access to contraception. Old certainties about race, and class, were being questioned, and sexual mores, including the taboo against homosexuality, were shifting. These cultural upheavals caused widespread uncertainty, anger, fear, and soul-searching, but the coming of the modern era could not be stopped.

A century later, we are facing another turn of the cultural wheel. Once again long-held beliefs about gender, race, religion and society are shifting. The clearest example of this struggle was seen during the debate over marriage equality. The fact that changes to the law were supported by a majority of the population demonstrates how things are changing. Those who opposed same-sex marriage expressed profound anger and outrage, but they were left behind by the tide of history.

It has been suggested that, if an idea causes you to experience an extreme knee-jerk, angry response, you might benefit from looking carefully at what is going on. Are you becoming aware of a deeply internalised belief that might no longer be tenable?

Women's lib encouraged women to question many deep-seated beliefs about femininity and the role of women. Old notions still persist, but we are used to them being challenged.

Today, men are being asked to question deeply held assumptions about masculinity, and what it means to be an admirable man.

One of the emotions that can be triggered is a form of homophobia. This is not necessarily projected out, towards gay men, but is turned inwards. For example, how many men are truly comfortable with the colour pink. The same reflex can be triggered if the integrity of their backside is threatened. There is a deep fear that, if a man enjoyed penetration, that would mean he was gay.

In her controversial book of 1999, The Whole Woman, Germaine Greer made the dogmatic pronouncement that all men see penetration as inherently oppressive, and only suitable for women. However, at the same time, there was a growing market, in the heterosexual community, for sex toys that women could use to penetrate their male partners.

It is becoming more widely known that the prostate is an erogenous zone, and that sexual pleasure can be experienced when it is stimulated. Increasingly, we are becoming comfortable with every part of our bodies. This is a healthy development.

Men's phobia about being penetrated has not only been irrational, it has also proved to be deadly. In 2016 the results of some comprehensive research were published. Studies in the United States and Britain discovered that the rate of prostate cancer was very high in the Afro-American and Caribbean communities because the men were so reluctant to have the necessary examination. We know that cancer treatment is most effective when the condition is diagnosed early, so it is tragic if men are losing their lives because of their outmoded beliefs about masculinity.

The fact that you are aware of your reaction, and are able to examine and discuss your feelings, shows that you have progressed along the path of cultural change. Your willingness to interrogate, and talk about, the emotions that were triggered means that you are doing a great service to men in general. Overall improvements in men's health can only be achieved when the issues can be brought into the open, and discussed.