It’s no secret that exercise does a body good, but a new study published in Experimental Physiology says one of the reasons why is because exercise impacts your gut health, and that can improve your overall health. According to a team of Indiana University researchers, there’s a growing body of evidence that shows the more diverse your gut bacteria is, the healthier you typically are, the news release said. The researchers’ report suggests that the more efficiently your body transports oxygen to your tissues — AKA cardio fitness — the more likely you are to have diverse gut bacteria, according to the news release.

This was a notably small study; it included 37 breast cancer survivors who performed graded exercise tests, assessments of their total energy expenditures, and examination of their gut bacteria through fecal swipes, according to the news release. The researchers said in the news release that they specifically chose cancer survivors for the study because cancer treatment is known to cause changes in the body that are detrimental to cardio-metabolic health, such as declining cardiorespiratory fitness. 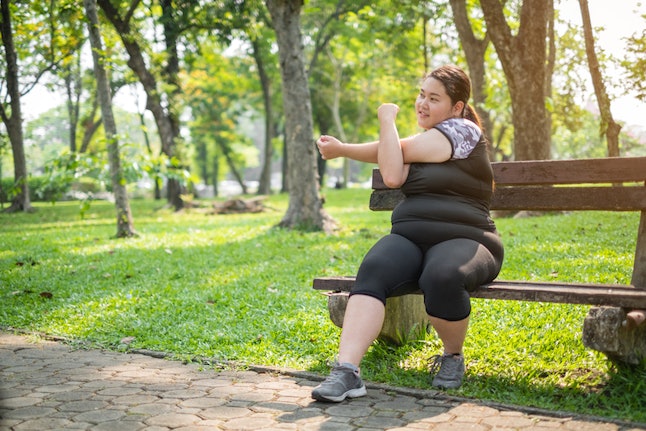 But other studies have come before this one that have found a connection between exercise and gut bacterial diversity. A 2017 study published in Oxidative Medicine and Cellular Longevity found that even low intensity exercise can affect your gut health — but probably not in the way that you think. Those researchers found that, in addition to making your gut bacteria more diverse, exercise reduces the amount of time it takes to have a bowel movement, and that can reduce your risk of colon cancer, diverticulosis, and inflammatory bowel disease. 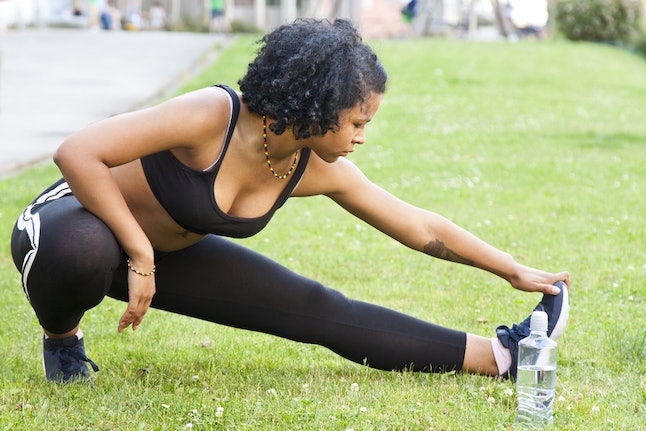 The team at Indiana University said their findings are still correlative, so more research needs to be done to truly understand the connection between cardio fitness and gut bacteria. “Our group is actively pursuing an interventional study to determine how variation in exercise intensity can influence gut microbiota diversity under controlled-feeding conditions to uncover how exercise may affect functional outcomes of gut microbiota, as well as studying how exercise prescription may be optimized to enhance health outcomes among clinical populations,” Stephen Carter, lead author of the paper from Indiana University, said in a news release.

Who knew getting a little cardio in could affect your gut health, too? The next time you’re working on your fitness, give yourself an extra pat on the back. ‘Cause now you know you’re keeping a whole other part of your body healthy, and that’s worth celebrating.