A.N. WILSON: The power of the human spirit in a Godless age… and the true reason Notre Dame’s flames wrenched our hearts

When we first heard the news, it wrenched at our hearts. We all felt we were losing something infinitely precious and something almost personal to ourselves.

As the fire hoses were trained on the inferno, men and women were running bravely in and out of the flaming building, saving here a statue, a religious relic, there a painting, a precious vestment — each separate object in its way a symbol of the huge numbers of human beings whose creativity had made this place.

Human beings whose deepest hopes, imaginative dreams and aspirations had helped create what is perhaps the greatest cathedral in the world.

Notre Dame has been, for all of us, an embodiment of Paris and its history. Of that city’s medieval Catholic past, its religious wars, its national triumphs and disasters.

When I try to put into words what it was like on Monday evening to see the images of Notre Dame in flames, it seems almost uncanny to me now.

Because only two weeks ago, looking round for something to read on a holiday, I took it into my head to read Victor Hugo’s masterpiece which most of us know as The Hunchback Of Notre Dame. Its French title is simply, Notre Dame De Paris, one of the great works of French literature. 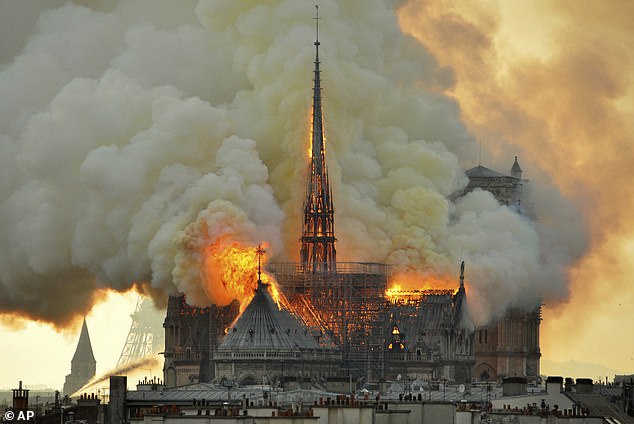 When I try to put into words what it was like on Monday evening to see the images of Notre Dame in flames, it seems almost uncanny to me now, writes A.N. WILSON

I had never read the book, and knew only the 1939 film with Charles Laughton as Quasimodo the hunchback, obsessed with love for Esmerelda and deafened by ‘the bells, the bells!’

But it begins with a great disquisition on Gothic architecture and what we all owe to it.

Hugo, who wrote the book in 1830, could not have been more vivid and passionate in his descriptions of Notre Dame with its flying buttresses and towering spires, its high arching interiors. He regarded its architects as poets who had liberated man’s spirit.

Soaring to the heavens, the cathedral was to him the greatest expression of collective human endeavour and, though he was a non-believer, of humanity’s faith in God.

The paradox of Notre Dame today — and, indeed, of all the great Gothic cathedrals of Europe — is that in this largely post-Christian age it has outlasted its original reason for existing.

And yet that is why it matters so much to us, modern, confused and agnostic as most of us are.

In times of faith, the cathedral was divisive. The French were tearing themselves apart with religious wars — Protestant versus Catholic — in the 16th century, and they tried to abolish Christianity with equal zeal during the Revolution, demolishing other Gothic cathedrals and churches while Notre Dame thankfully survived. 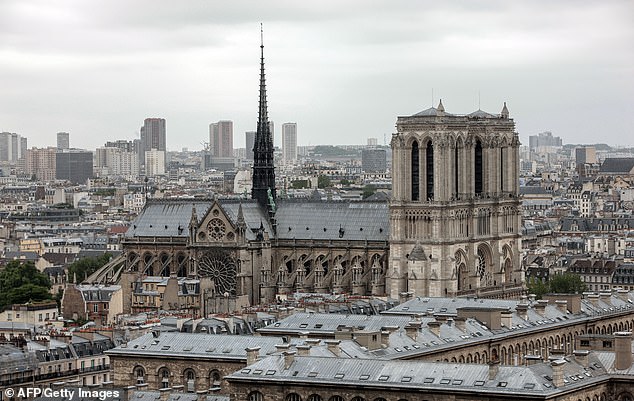 The paradox of Notre Dame today — and, indeed, of all the great Gothic cathedrals of Europe — is that in this largely post-Christian age it has outlasted its original reason for existing, writes A.N. WILSON

But now, in our secular world, cathedrals unify us as never before.

Why do these wonderful great Gothic edifices of the Middle Ages, and Notre Dame in particular, have such enormous significance in our lives? Why do hundreds of thousands of visitors each year flock to Notre Dame, Chartres, Westminster Abbey, Salisbury, York Minster, Cologne?

It is because we recognise that the cathedrals of the Middle Ages are among the greatest — I would say the greatest — works of art in Europe. This is partly because they are not the work of individuals, but of whole communities.

Unlike the symphonies of Beethoven or the plays of Shakespeare, they are anonymous and collective.

It is astonishing to me that we use the word ‘medieval’ as a term of abuse. We say, ‘It is positively medieval’ to mean some practice is brutal, cruel or unsophisticated.

When we use such a phrase, we should look at the architecture produced in our own age — inhuman tower blocks, multi-storey car parks smelling of urine, ugly shopping malls — and ask what we have built that comes within a million miles of the sophistication of Notre Dame. 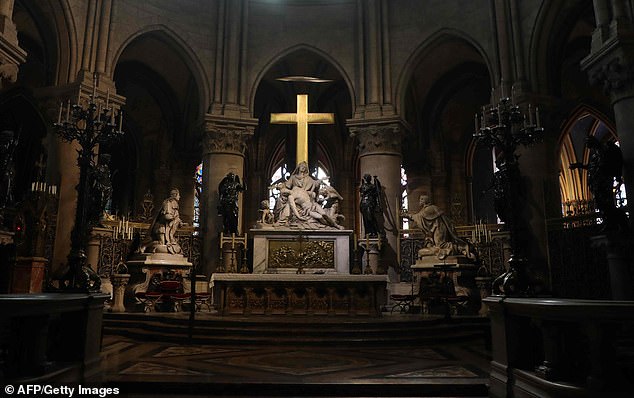 A cathedral is making a statement about humanity, about the centrality of beauty to human experience and about the ultimate, awe-inspiring puzzle of our existence, writes A.N. WILSON

And we should then ask what that building set out to do. Yes, in the narrowest terms, Notre Dame set out to be a place of Catholic worship, where monks could chant the psalms and mutter the mass.

But a cathedral is making a statement about humanity, about the centrality of beauty to human experience and about the ultimate, awe-inspiring puzzle of our existence.

To these buildings, nations have come together in their times of great collective experience, for the state funerals, royal weddings, solemn memories of war that bind us all together.

To these buildings, too, however, when no ceremonies are in progress, millions of men and women have come quietly for hundreds of years with their own secret sorrows, joys and hopes.

And, staring upwards at the swooping arches and coloured glass and the carved statues of kings, virgins, prophets and angels, they have confronted the deep mystery of the world.

Lord Salisbury, the great Victorian prime minister, addressing a group of scientists in 1894, said: ‘We live in a small bright oasis of knowledge surrounded on all sides by a vast unexplored region of impenetrable mystery.’ 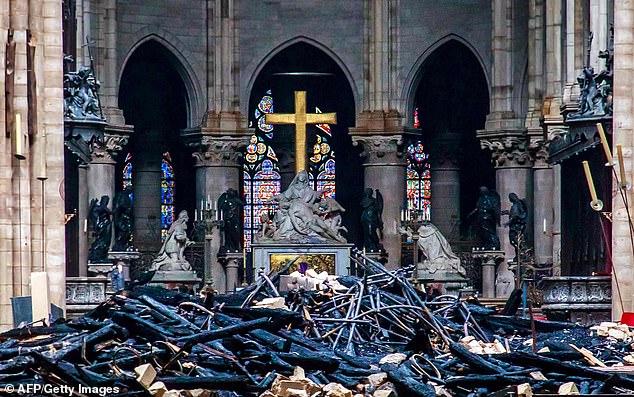 In our own day, some so-called born-again atheists have ignored this fact. They have held out the pathetic illusion that every aspect of life can be explained in materialist terms.

The huge numbers of people who cherish our cathedrals know this is not the case, and that at the deepest level, while retaining all our critical faculties and all our powers of reason, we need these spaces, and the music and light they contain.

Our hearts cracked when we saw Notre Dame burn for another reason. It happened at a time of miserable squabbling over the future of Europe. Brexit has made some people imagine that Europe is a dirty word.

The truth is that whatever we think about Brexit or a customs union, or any of the esoteric options lying before our often-idiotic politicians, we are all heirs of a great common history.

So much of our music, our philosophy, our idea of right and wrong, came to us filtered through the Christian story, whatever we might make of that story now.

We do not necessarily believe in the way our forebears did. But this only increases our devotion to the Gothic masterpieces of the Age of Faith.

Few houses of faith have such a vivid story to tell as Notre Dame de Paris.

The work of rebuilding will begin as soon as the rubble is cleared. The common determination to restore the place will be shared not only by the people of France, but by all Europeans — who, as they watch Notre Dame rise again, will once again marvel at the values and stories and human creativity embodied in such a temple.