No need for a fluffy introduction.

Diogo Jota (£2.8m) is injured and, while he won’t require surgery, he is likely to be sidelined for two months.

Those who jumped aboard the bandwagon (and who could blame you) now have to use a valuable December transfer finding a fit and healthy forward to replace the Portugal international.

Since the 23-year-old was occupying the bargain spot in your forward line, we’ve identified five potential replacements at £2.8m or cheaper. 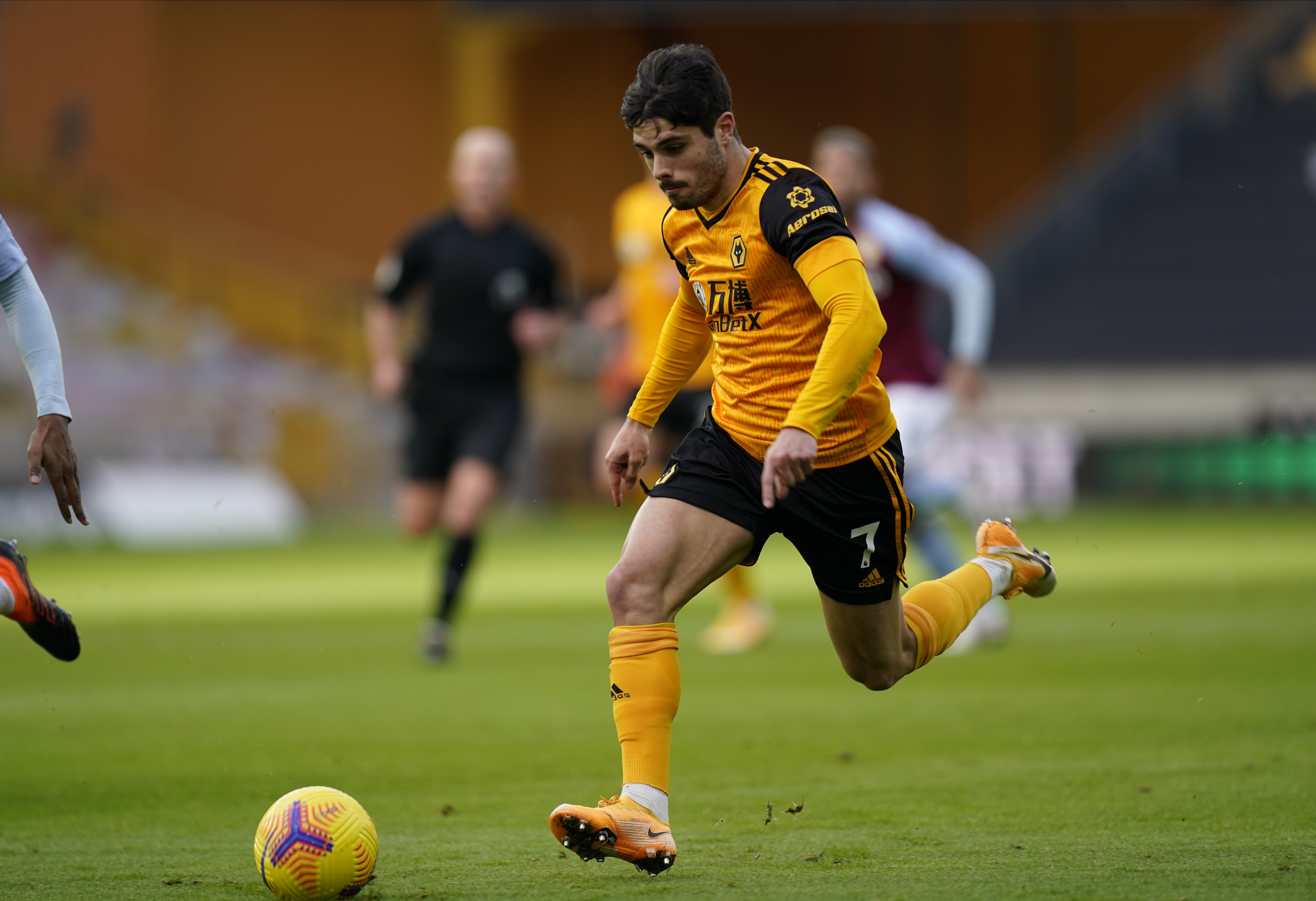 It’s no secret that Wolves are reliant on Raul Jimenez (£4.3m) to do the heavy lifting when it comes to goals but with the Mexican recovering from a fractured skull, others will have to step up.

Neto has five goal involvements in 12 league fixtures and has the highest average rating (7.14) on WhoScored of all Wolves players this season.

You’re lying if you predicted West Ham would be sixth in the league after 12 games.

The majority of neutrals expected the Hammers to dwell in the bottom half this season but David Moyes has unlocked something in east London and the results have been undeniably impressive.

Bowen leads their scoring charts with four goals in the league and a pair of assists thrown in for good measure.

The ex-Hull forward has some tricky fixtures coming up this month but there’s seemingly no reason West Ham can’t continue to surprise their doubters. 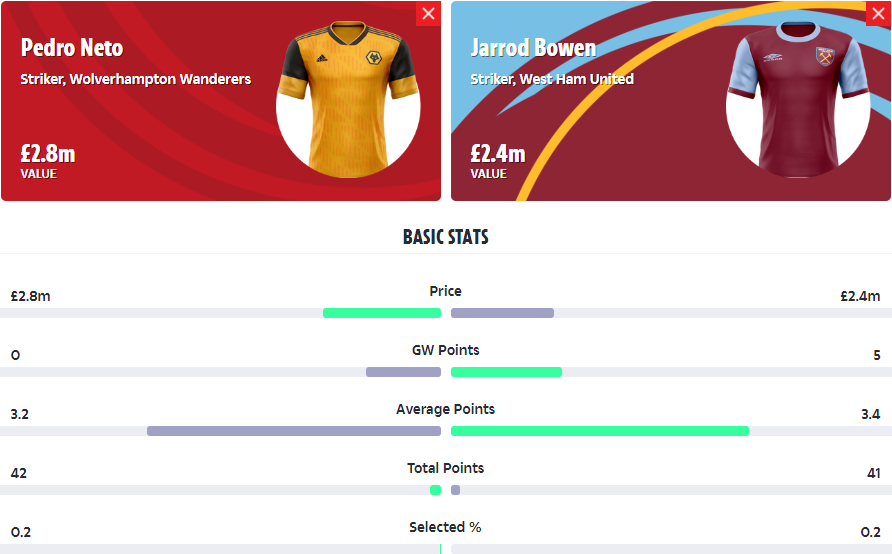 The 24-year-old took some time to adjust to Premier League life after lighting up the Championship with Birmingham in 2018/19 but he looks more than comfortable in the top flight these days.

After 12 games, Adams has already matched his goal tally from last season but it’s his partnership with Danny Ings (£4.9m) that has flourished most impressively.

Southampton are flying high and appear as well-coached as any team this campaign with Adams one of half a dozen players worthy of isolated individual praise.

Jota’s absence means Liverpool’s No9 is likely to start as centre-forward in the majority of games for the next two months.

Goals have partially dried up for Firmino in recent times but he is still capable of expert link-up that has so often allowed Mohamed Salah (£6.6m) and Sadio Mane (£6.3m) to thrive.

The Brazilian has limped to 33 points this season but if you want a direct replacement for Jota then this is the logical move. 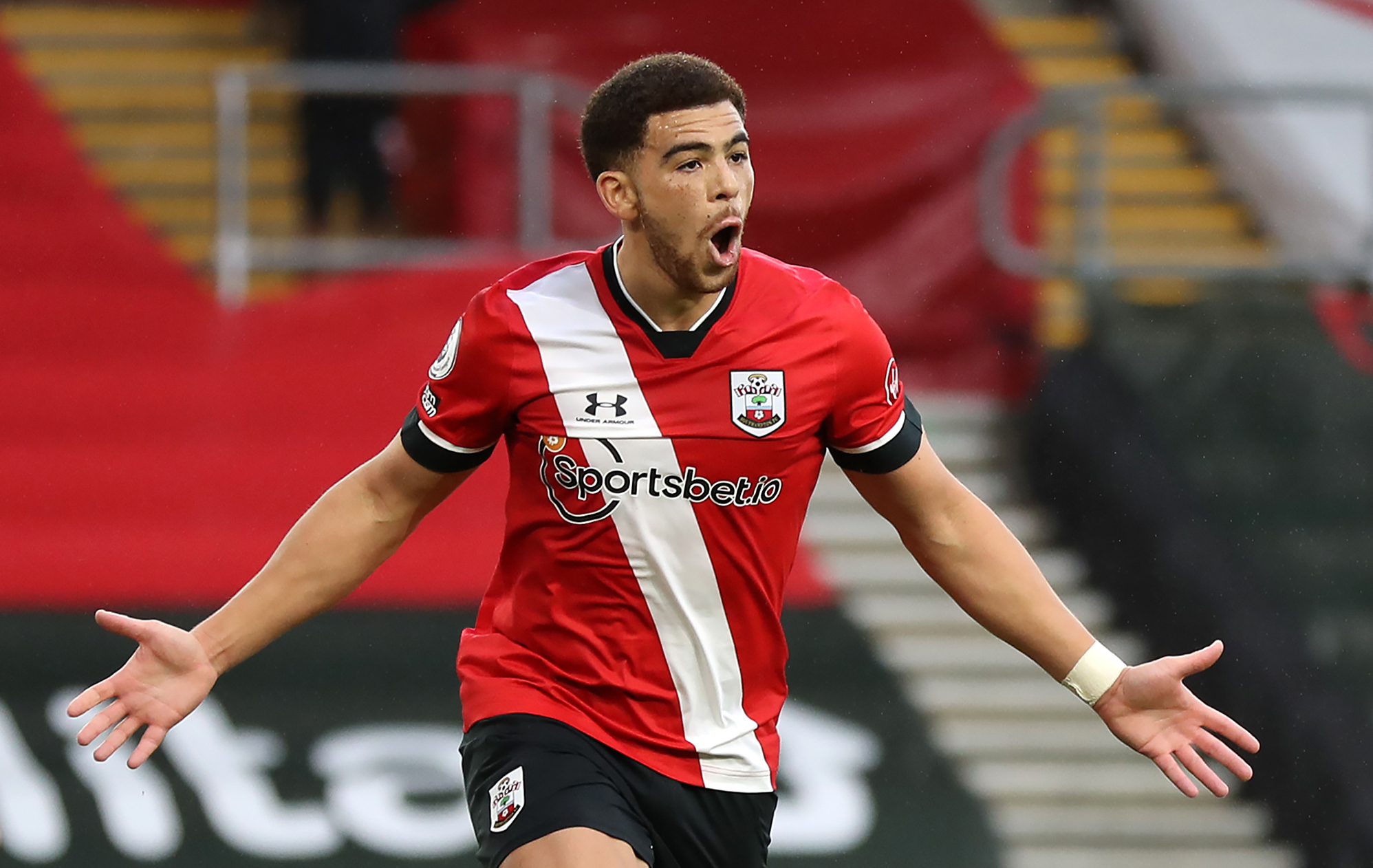 If you’re looking for a wild card differential then how about Fulham’s top scorer this season?

Decordova-Reid has found the net four times this season and has formed part of an attacking unit that has looked promising in recent weeks.

His side’s position in the table may a worry for some and, truthfully, the justification for such a move would be fallible but Fulhams efforts against Liverpool on Sunday may have won a few hearts.