BERLIN — No place on earth rivals Berlin for the volume and variety of opera on offer, from Georg Frideric Handel to Hans Werner Henze. The city has three world-class companies, which this season have combined for a total of 85 fully staged productions.

And they are investing in new works to run alongside the old war horses.

When Detlef Glanert’s “Oceane,” inspired by a 19th-century novella about a woman who attempts to live outside patriarchal bourgeois society, has its premiere at the Deutsche Oper on April 28, it will be the third of four works taking their first bows here this season. Just a week later, the Komische Oper will present “M: A City Searches For a Murderer” by Moritz Eggert, based on the classic film thriller by Fritz Lang. Earlier this year, the Staatsoper presented Beat Furrer’s “Violetter Schnee” and a completely revised version of Jörg Widmann’s 2012 “Babylon.”

Matthias Schulz, the Staatsoper’s general director, said in an interview that “to show commissioned works is essential, to show that opera isn’t just a museum. It’s a living art form.”

There are challenges inherent in adding new works to what remains a conservative field. While world premieres generate excitement among enthusiasts, attracting a general audience is tricky, and it is difficult for new operas to gain a foothold in the repertoire.

More often than not, it’s here today and gone tomorrow for fresh commissions, even the most critically praised ones, which tend to present too much of a financial risk to revive past their first performances. State-funded opera houses don’t need to be full every night to pay the bills. But administrators don’t want to perform to half-empty houses.

“I don’t just want my work to be done once,” Mr. Glanert, the composer of “Oceane,” said in an interview. (And he has been fortunate, with multiple productions for most of his 10 operas.) Robert Carsen, who is directing “Oceane,” put it more bluntly: ”When I do a world premiere, I always say that I hope I’m not working on a world ‘dernière.’” 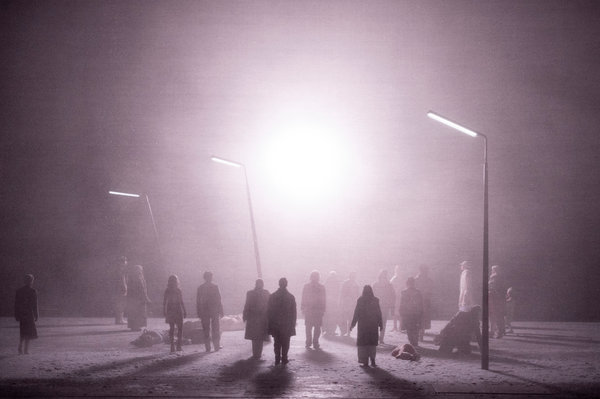 Of Berlin’s three opera houses, the Deutsche Oper has shown the most sustained commitment to new work. Its artistic director, Dietmar Schwarz, has scheduled a major contemporary opera each season since he took on that position in 2012, including three world premieres. But only one of those, Aribert Reimann’s “L’Invisible,” is scheduled for revival — on the occasion of its composer’s 85th birthday in 2021.

“We think it’s important to do it again,” Mr. Schwarz said, “but financially it will probably be difficult.”

Mr. Widmann, the composer, said he didn’t know after its premiere seven years ago in Munich if “Babylon” “would ever be performed again. So many new pieces, especially monstrously complex pieces, never are. I’m very grateful for this house’s trust to give this crazy piece another chance.” (Mr. Widmann completely revised the work, a Biblical epic, to produce a new “Berlin version.”)

According to the Staatsoper, ticket sales were strong for both “Babylon” and “Violetter Schnee,” an intense and mysterious 100-minute work about people trapped in an apocalyptic snowstorm, even if they received mixed reviews. The company will revive both works in coming seasons.

“When we do efforts like that, and they are successful, we have to bring them back,” Mr. Schulz said.

Companies attempt to attract audiences to these new works by promoting them as central events of the season. But working on them, said Mr. Carsen, the director, is always a leap into the unknown.

“I always approach anything I’m directing as if it’s just been written,” he said. “And I want people to hear it and see it as if they’ve never seen it or heard it before. Which is, of course, the case with a world premiere.”

Mr. Widmann said that much depends on the conditions under which a premiere is prepared. With “Babylon,” the musical idiom of which is complex and demanding, he said he was lucky to have worked with the Staatsopers in Munich and Berlin, two of Germany’s finest companies.

“If the audience feels it’s performed and sung fantastically and if it touches their hearts,” he said, “then the modern musical language should not be a barrier.”

Mr. Eggert, the composer of “M,” said, “Many people expect to suffer through a new opera. It’s a challenge for everyone, for the audience and the composers as well: how to create new works that can be understood without reading lengthy program notes.”

His 90-minute score contains an enormous children’s chorus, spoken dialogue, synthesizers, and sound effects to evoke the big city. Barrie Kosky, the artistic director of the Komische Oper and the director of the production, said he asked the composer to channel the Weimar-style spirit of Kurt Weill.

Mr. Kosky said this was “a deliberate attempt to create a link with the Berlin music-theater history, and as a ‘Gesamtkunstwerk’” — a “total work of art” — “it goes in a completely different direction than what Detlef Glanert or Beat Furrer or Jörg Widmann does.”

But whether “M” would come back in a future season, he couldn’t say.

Mr. Glanert said that it’s only natural for it to take time for audiences to become acclimated to the new. “Music is performed, evaluated and flops, or is performed again,” he said. “That’s the life cycle of any piece of music. And I think this is normal.”

Is it realistic to expect new operas to ever reach the level of popularity of “Aida” or “Tosca”? Mr. Eggert said that opera companies should redraw their programs so that half of all the works presented are new. In Germany, generous state subsidies to opera houses mean they “could be much more adventurous,” he said.

The polemics to this effect that appear on his blog inspire some hate mail, but also support, especially from people who work in the field. “Something has to change,” he said.

Mr. Kosky said he had reservations. “We have a duty, of course, to replenish the repertoire, but there are always questions hanging over my head,” he said. “Are the proscenium and the orchestra pit really the future of opera in the 21st century? Are we just creating these works for institutions? Do we all create them because we’re worried desperately that our Dracula-like dependence on 400 years of repertoire is going to come to an end if we don’t find new pieces?”

Although his house is rolling out the red carpet for “M,” Mr. Kosky said his first allegiance is to the classics. “I am a signed-up member of the opera necrophiliacs club,” he said. “I can’t survive without my Mozart, Puccini and Richard Strauss.”

Mr. Widmann, whose work deftly blends contemporary and historical styles, said he resisted writing operas when he was younger, but now felt it was his duty. “I need this as a composer, and the audience needs it, too,” he said. “To me, the whole opera system would not make sense at all if you only play the same old operas over and over again.”

He is fortunate to be surrounded by supportive institutions. “We’re very lucky that we have the money to do this,” said Mr. Schwarz, of the Deutsche Oper. “It’s very important that you have this kind of art, which is not commercial. That we haven’t yet found a contemporary work that can be part of the repertory over the past 40 years doesn’t mean that we should give up.” (The important works of Philip Glass and John Adams are slowly making inroads in Germany.)

Mr. Kosky said he isn’t giving up on world premieres, either, but he’s thinking beyond classically-trained composers. He wanted the next one he worked on to be “an operetta. But I want a great rock band or a brilliant jazz composer to do it.”