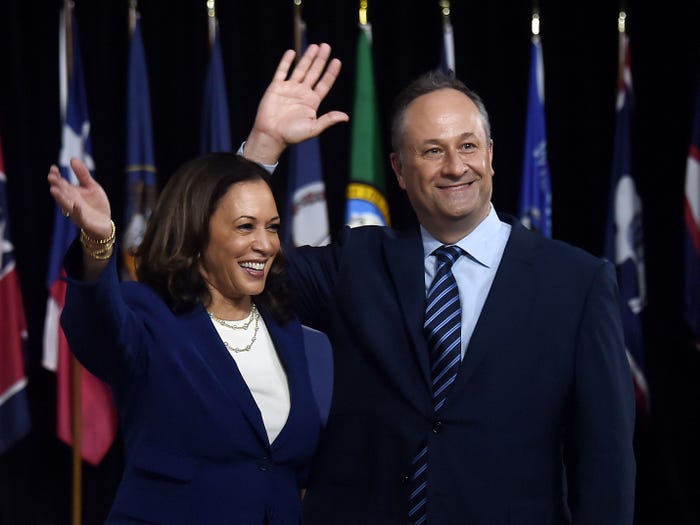 Emhoff, who was described as the Biden-Harris campaign's "secret weapon," is an accomplished entertainment lawyer. In a move that defies stereotypical gender norms, he's leaving his law practice in order to focus on supporting his wife's political career.

Here are 10 things to know about Emhoff.

Doug Emhoff was born in Brooklyn, New York, and grew up in New Jersey before moving to California with his family at age 17. 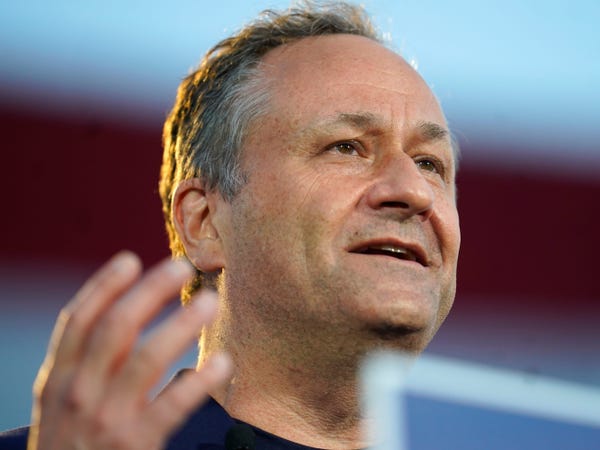 Emhoff lived in Old Bridge and Matawan, New Jersey, from 1969 until 1981. He tweeted that New Jersey "is still very much in my veins" in response to a Harris campaign worker returning home to the state for Thanksgiving.

He's been an entertainment lawyer for over 25 years. 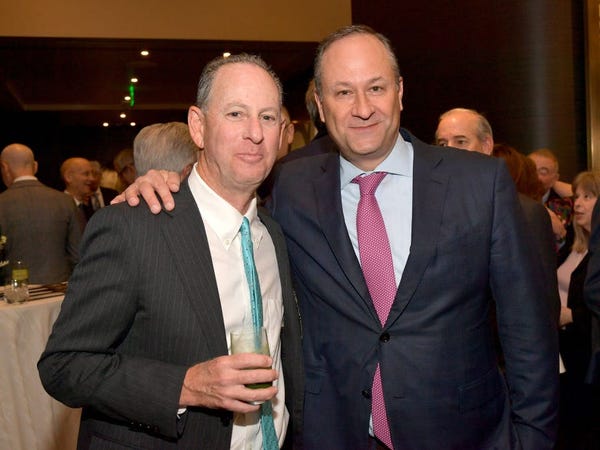 Emhoff was a partner at DLA Piper in Los Angeles specializing in intellectual property and entertainment and media law. He earned his law degree at the University of Southern California.

He's litigated cases related to the intellectual property of the Taco Bell Chihuahua and the viral sensation "Pizza Rat." 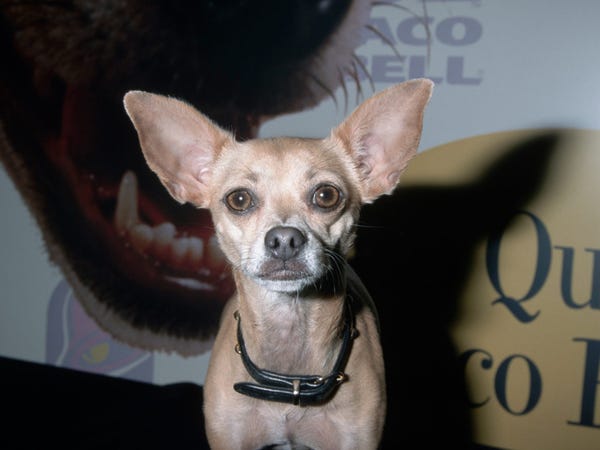 A Michigan company named Wrench sued Taco Bell for breach of contract, claiming that Taco Bell had taken the chihuahua character they invented to another ad agency, TBWA, for adaptation into a television series. A federal judge ruled that Taco Bell — not TBWA, thanks to Emhoff — had to pay $42 million.

He also represented Jukin, a media company that owns the rights to the viral "Pizza Rat" video showing a rat dragging a New York slice down a flight of subway stairs, in copyright infringement lawsuits. As a result, GIFs of Pizza Rat were taken down across the internet. 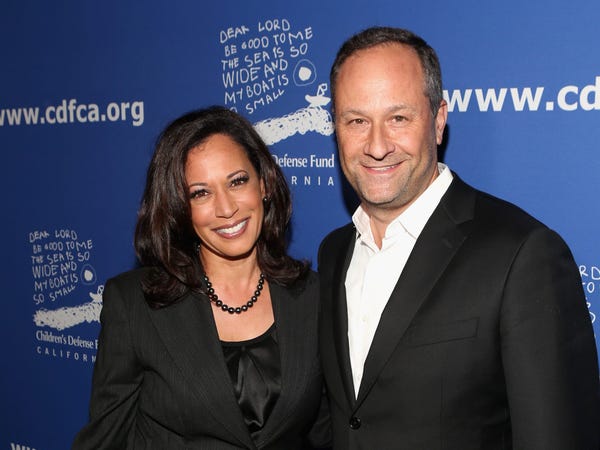 The two were set up on a blind date by Harris' friend Chrisette Hudlin, who met Emhoff through work.

"The morning after our first date, @DouglasEmhoff emailed me a list of his available dates for the next couple of months," Harris wrote on Instagram on Emhoff's birthday in 2020. "He said, 'I want to see if we can make this work.' We've been making it work ever since."

The couple wed in a ceremony officiated by Harris' sister Maya in August 2014. 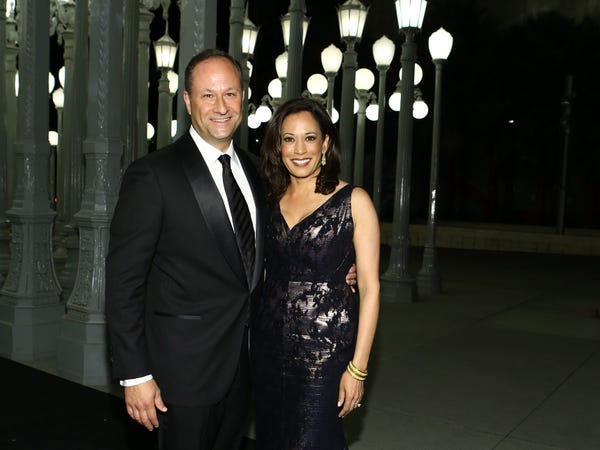 Harris and Emhoff held their wedding at a courthouse in Santa Barbara, California.

The ceremony incorporated elements of each of their heritages — Emhoff wore a flower around his neck according to Indian tradition, and they stepped on a glass in a Jewish wedding ritual.

He has two children, Cole and Ella, from a previous marriage to Kerstin Emhoff. 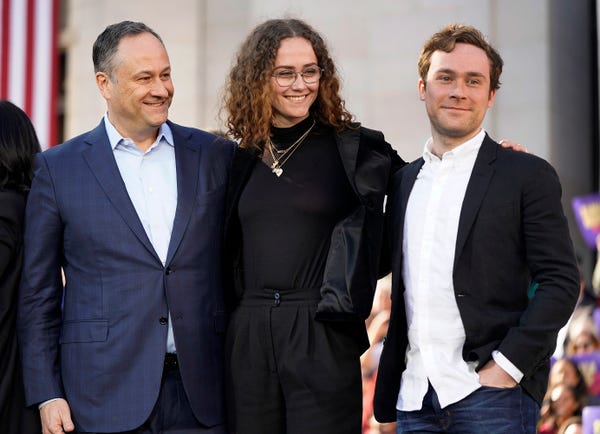 Doug and Kerstin divorced after 16 years and remain good friends. Kerstin is also friends with Harris — she even volunteered for Harris' campaign.

Cole earned a bachelor's degree in psychology from Colorado College in 2017, and Ella is studying apparel and textiles at Parsons School of Design, according to Alma. Harris wrote in Elle that she and Emhoff's children didn't like the term "stepmom," so they began calling her "Momala."

He's the first Jewish spouse of a vice president. 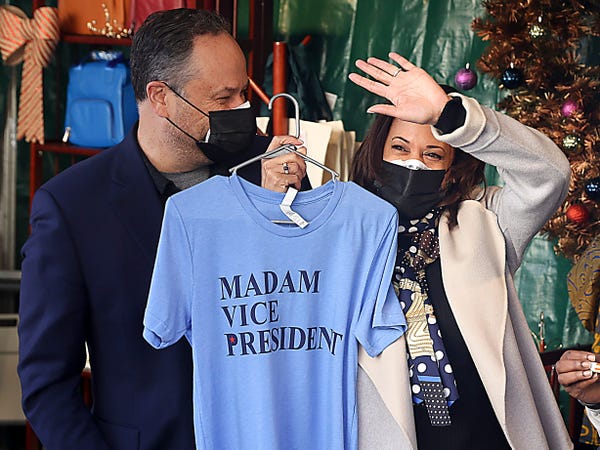 He and Harris released a video for Hanukkah in which they discussed the meaning of the holiday and lit a menorah. Emhoff also shared a Rosh Hashanah message for the Jewish new year in September.

When Harris is inaugurated as vice president in January 2021, Emhoff will leave his practice and become a law professor at Georgetown. 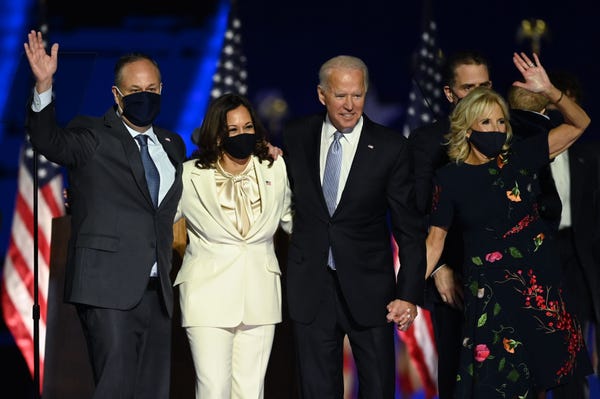 "I've long wanted to teach and serve the next generation of young lawyers," he said in a statement. "I couldn't be more excited to join the Georgetown community." 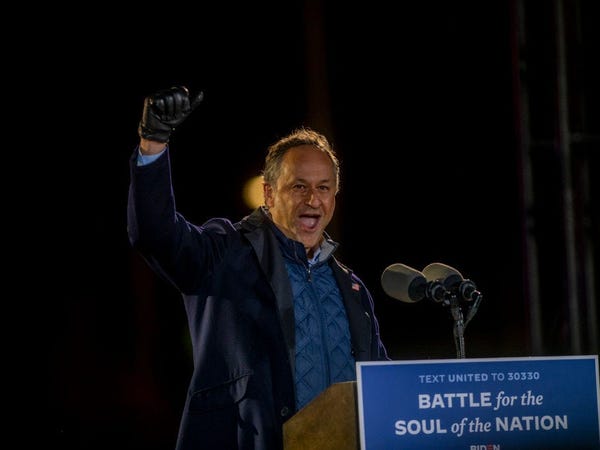 Emhoff was a member at Hillcrest Country Club, a historically Jewish country club in Los Angeles that formed when other establishments would not admit Jews. For a time, his Twitter bio included the descriptor "wannabe golfer."

He has a fantasy football team named Nirvana. 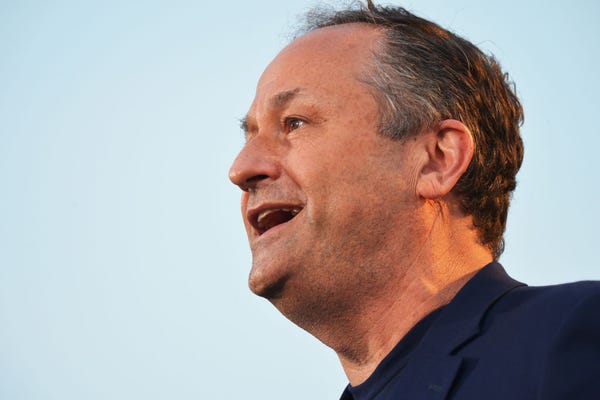 On what would have been Nirvana frontman Kurt Cobain's 50th birthday in 2017, Emhoff tweeted a tribute to the star.