This Thanksgiving and every Thanksgiving, if there’s one thing that brings people together, it’s the show Friends. More than turkey, more than pumpkin pie, more than the pressure from your weird aunt or aggressive in-laws, Monica doing a shimmy with her head up that bird’s butt will always unite a group. That’s because everyone in your squad can relate to one of the characters at some point during the show’s Thanksgiving episodes. That’s why I’ve gathered some of my favorite Friends Thanksgiving memes to share with your crew.

Below, you’ll find moments that defined Joey, challenged Ross, and strengthened Monica. You’ll identify, as you always did/do, with Phoebe’s eternal optimism, Chandler’s relatable sarcasm, and Rachel in just about everything she does. They are you. You are them. And we are all one.

Scroll through the hilarious moments here that you’ll remember as fondly as the memories you make with your own family. (In fact, in many cases, you might enjoy this fictional crew more than your own blood! No worries, that’s totally normal and I’m pretty sure the whole point of the show.) You’ll laugh. You’ll cry. You’ll be so damn thankful for this iconic series.

1. When you take your food-eating duty very seriously.

In every group, there’s usually one person who can eat the rest of the gang under the table. In my family, it’s usually whoever the young athlete in the family is. One time, it was me vs. my grandfather and I ended up puking later that night because I thought I could beat him in a pie eating contest. Anyway, step aside, because the bottomless pit is coming through.

2. When you have one too many glasses of spiked cider. 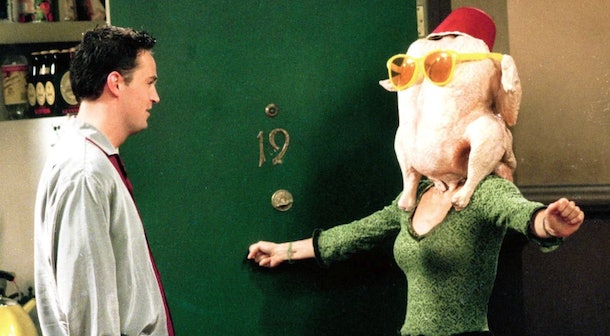 Everyone has a friend who usually has one-too-many and ends up taking their top off. (What, just me?) With any luck, they are a fun-drunk and end up entertaining the crew with hilarious shenanigans similar to when Monica put the turkey on her head to make Chandler smile.

3. When you unintentionally make a controversial comment and offend everyone.

I honestly forget the specifics, but this photo is a picture of Chandler trying to earn Joey’s forgiveness by lying in a box for six hours. Usually, there’s one friend who botches something important and spends the holidays making up for it. This meme is a shoutout to that friend. Bless them.

4. When you take hosting too seriously. 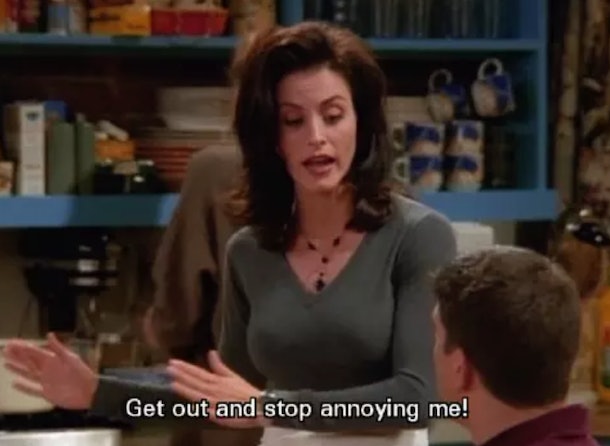 5. When someone eats the last piece of pie. 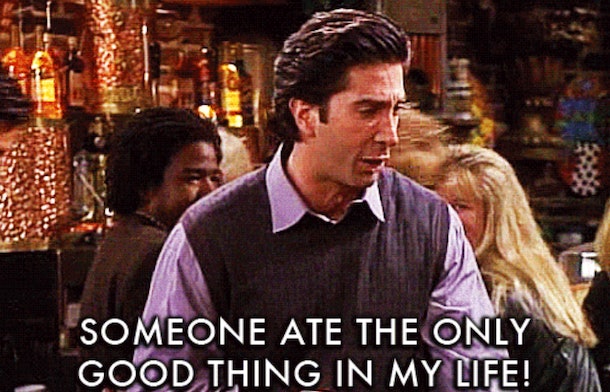 For some of us, holidays just might not be "our thing." If you’re that person in your squad, you likely look forward to only a few things about Thanksgiving. It could be the pie, the football, or the quiet nap time. If someone messes with those simple joys, they’re asking for it.

6. When someone says they want "just a bite" off your plate. 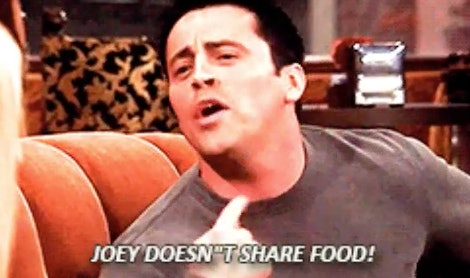 7. When you just want to help, but totally screw things up. 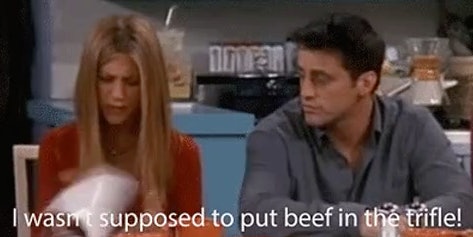 You guys know those people who just want to help but always seem to make things worse? Try to point them towards an easy part of the meal, like laying out the napkins or putting ice in water cups. They’ll feel helpful and will also be far enough away from the important things (like the turkey, administering Grandma’s medicine, moving the cars in the driveway, etc.). 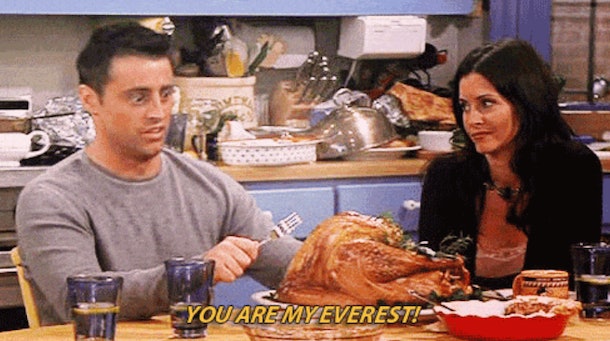 9. When that one friend has to keep things super real. 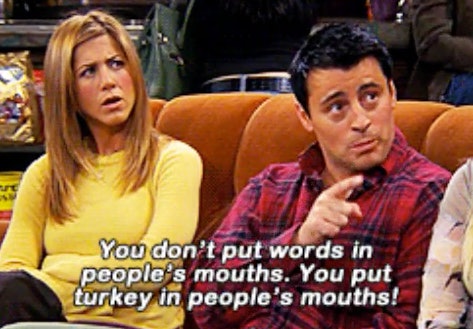 Everyone needs someone to keep the group honest. Your "most real" friend will be the one fact-checking the gang when you go around the table and say what you’re most thankful for that year. They might also show up in the form of the person who monitors how many pieces of pie are left and who actually should be the DD that night. Can’t live with them, can’t live without them.

10. When you remember how thankful you are for your weirdo crew. 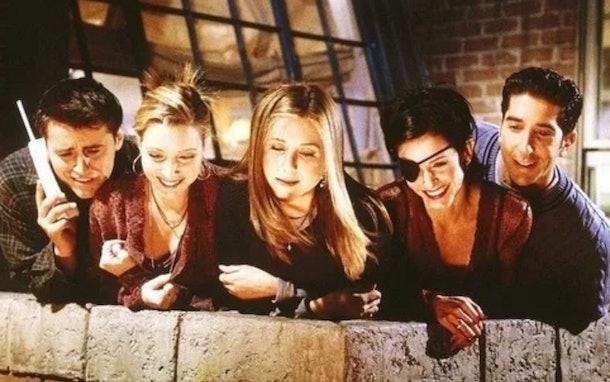 At the end of the day, being together is all that really matters. Bonus points if there’s an "Ugly Naked Guy" neighbor, but it’s not necessary to have an incredible Thanksgiving.

I’ll be there for you when the memes start to fall, babes.