Believe it or not, the holidays are right around the corner. And, much like with its pumpkin spice latte (which was released earlier than ever this year) Starbucks can’t wait to ring in the holiday drink season. Which begs the question: When does Starbucks bring back peppermint mocha? According to its website, it could be sooner than you think. 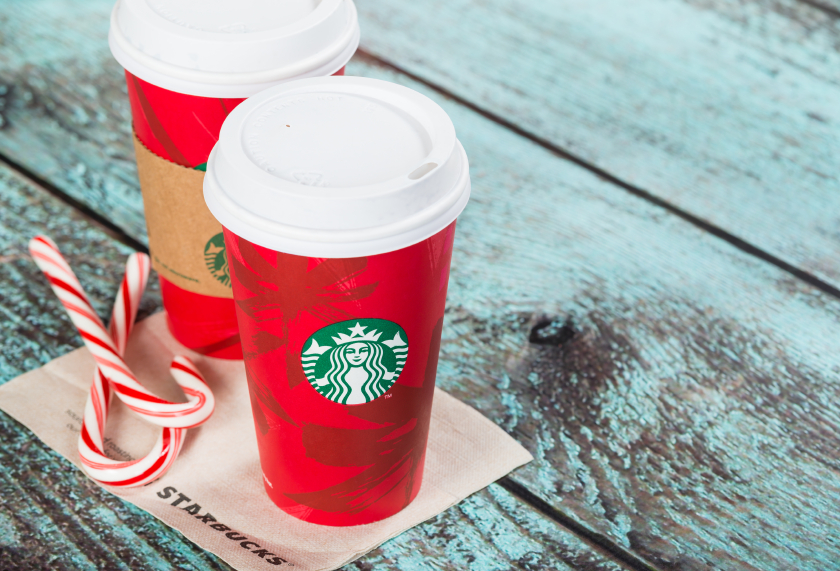 When does Starbucks bring back peppermint mocha?

Starbucks is eager to get the holiday season rolling. So much so that it could bring back peppermint mocha the day after Halloween (pumpkin spice, who?). In years past, the Seattle coffee house introduced its beloved holiday drinks on November 1st. And while they could hold off until closer to Thanksgiving, chances are the red cups will return ASAP. After all, pumpkin spice lattes were introduced in August this year!

How many calories are in a Starbucks peppermint mocha?

That said, making a few minor adjustments can make it a little healthier. Case in point: By simply downgrading your drink size to a tall, you cut the calories to 350, the saturated fat to eight grams, and the sugar to 42 grams. In addition, you can change the milk to almond milk and hold the whipped cream and get it down to 220 calories, 1.5 grams of saturated fat, and 32 grams of sugar. If you want to lower the sugar even more, we suggest asking for one less pump of syrup. And, if you just want a taste, you can order a short peppermint mocha with almond milk and no whip. Doing so makes the drink 150 calories, 1 gram saturated fat, and 21 grams of sugar.

Holiday cookies are a must and the Starbucks gingerbread latte is the perfect way to indulge. Made with gingerbread flavoring, espresso, steamed milk, and topped with whipped cream and ground nutmeg, nothing beats this holiday classic.

What would the holidays be without a little eggnog? Starbucks eggnog latte is an espresso beverage with a holiday twist. Featuring steamed eggnog, milk, and a dash of nutmeg, the holiday is sure to keep you warm — and festive — this holiday season.