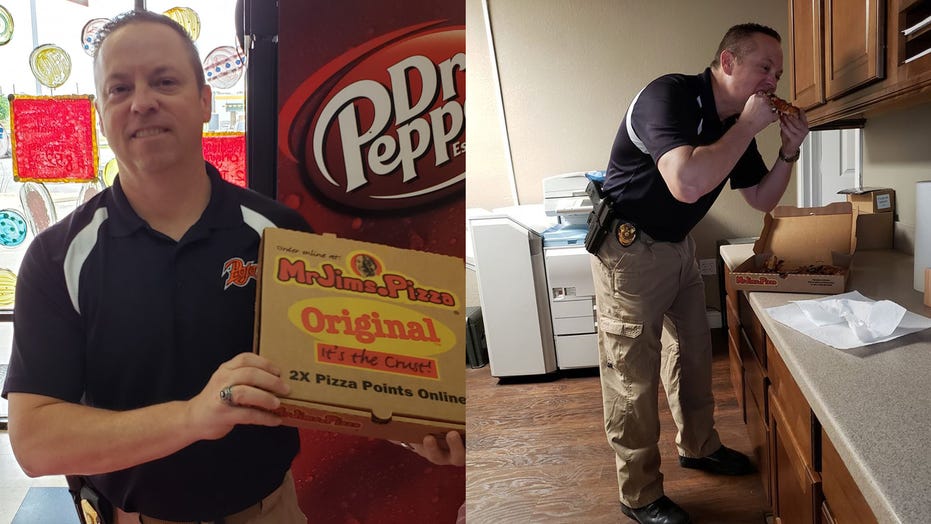 The chief of police in Springtown, Texas, showed that when it comes to supporting local businesses, he’s not afraid to take a second bite.

The police department shared images of Chief Motley buying and eating a pizza from a restaurant that had just reopened after being shut down by the health inspector late last week. Mr. Jim’s Pizza in Springtown was forced to close during an inspection after an employee reportedly bragged on social media about putting Miralax on another employee’s pizza without that employee’s knowledge.

According to police, three employees put the laxative on at least one pizza that another employee ate, causing that employee to get sick, CBSDFW reported. The incident took place around 8 p.m. on April 20th.

The employees claimed they did not taint any of the pizzas that were sold to customers. The Huffington Post reported that the employees involved in the incident were terminated.

Health inspectors cleared the restaurant to reopen on April 22. As an act of good faith, Chief Motley stopped by and purchased a pie. “We are not going to let the foolishness of a couple individuals hurt one of our local businesses," he stated.

Several hours later, the department updated their Facebook post to let their followers know that Motley had eaten the pizza and there were no issues. He even reportedly went to the gym for leg day, and after all that, he still claimed that everything was good.