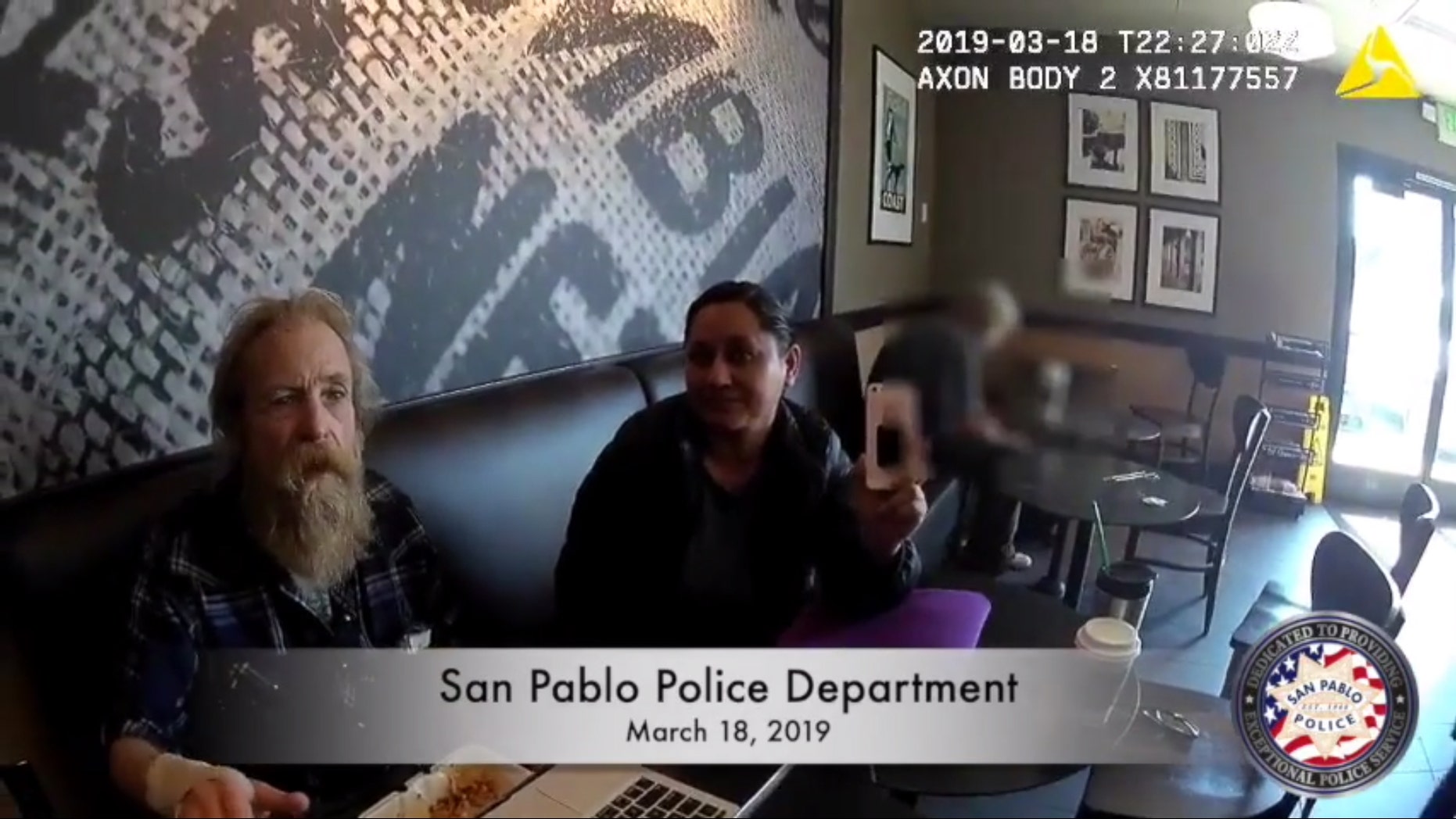 Police in San Pablo, Calif., released body-cam footage of the March 18 incident, during which they threatened a Starbucks customer with arrest, and later apologized upon learning of their mistake.
(San Pablo Police Department)

The San Pablo Police Department has released footage from a recent incident in which they threatened to arrest a Starbucks customer after mistakenly identifying her as someone trespassing in the store.

The footage, taken with the officer’s body-cam, shows police officers approaching two Starbucks customers at a Starbucks in San Pablo, Calif., on March 18. One of them is then heard questioning the couple, telling them the employees at the coffee shop had identified the female as a trespasser.

SWITZERLAND TO RECONSIDER EMERGENCY COFFEE STOCKPILES, SAYS IT'S NOT 'VITAL' FOR SURVIVAL

The male customer attempts to explain that the officer is mistaken, as the woman they sought had already left the store.

“OK, well, I just spoke to the employee, sir, and they said they don’t want her here either,” the officer says of the woman, whom police later identified as “Ms. Tamayo.”

The couple again tells the officer that he’s mistaken, and Tamayo is seen saying she only arrived at the Starbucks “three minutes ago.”

“Miss, that’s beside the point. They’re saying that they don’t want you here. So you can get up and go, or you’re going to be arrested,” the cop tells her.

“There’s not going to be a lawsuit with us,” another police officer says. “It’s them that want you to leave. Please leave now.”

Tamayo, now filming the scene on her mobile phone, refuses to leave, even after her companion offers to clear out.

An officer then speaks with an employee, who confirms that Tamayo was not the person the workers had called police about. That woman, the employee says, had “ran away” after the phone call. 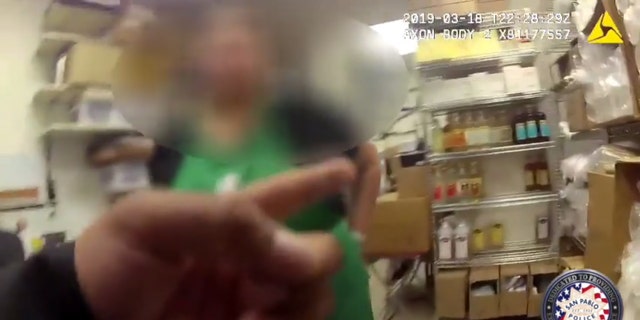 In the footage, an employee is seen correcting the officer, telling him the woman he was speaking with was not the same woman police had been called about.
(San Pablo Police Department)

The officer returns to apologize to Tamayo, who demands they arrest her, just as they had threatened to moments before. The male customer also says he will be reporting the incident to the federal government.

“Officers apologized for the confusion, explained that this was a miscommunication, and both officers left the business,” according to an on-screen message near the end of the video.

Police made footage of the incident public on April 17, in response to a complaint filed with the city of San Pablo, SF Gate reports. They also provided a synopsis of the clip’s content on Facebook, and concluded that “the event ended without incident.”

San Gabriel Police did not release the officer’s name. 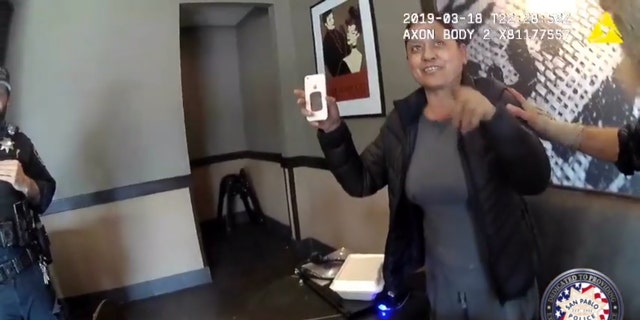 The woman police questioned, identified as Ms. Tamayo, had requested officers arrest her even after they realized their mistake.
(San Pablo Police Department)

A representative for Starbucks told Fox News that employees called police after allegedly seeing the male with a different female, who was behaving inappropriately, outside the store. He then came inside, and the woman left before police arrived. The male customer was later joined by Ms. Tomayo.

"At Starbucks, we take great pride in providing a warm and welcoming environment for everyone who enters our stores," a spokesperson told Fox News. "Our partners never intended for this customer to be removed. We have reached out to the customer and shared our deep regret for their experience."

The March 18 incident comes nearly a year after police in Philadelphia arrested two black men for trespassing while they were waiting for a friend at a Starbucks. The men, Rashon Nelson and Donte Robinson, had allegedly asked to use the bathroom before their friend arrived, and prior to making a purchase.

Philadelphia Police Commissioner Richard Ross had initially stated that the officers “did absolutely nothing wrong,” but later retracted those statements and apologized to Nelson and Robinson.

Starbucks too apologized, and scheduled company-wide racial bias training the following month. The company had also changed its policy to allow use of the bathroom regardless of whether customers make a purchase.