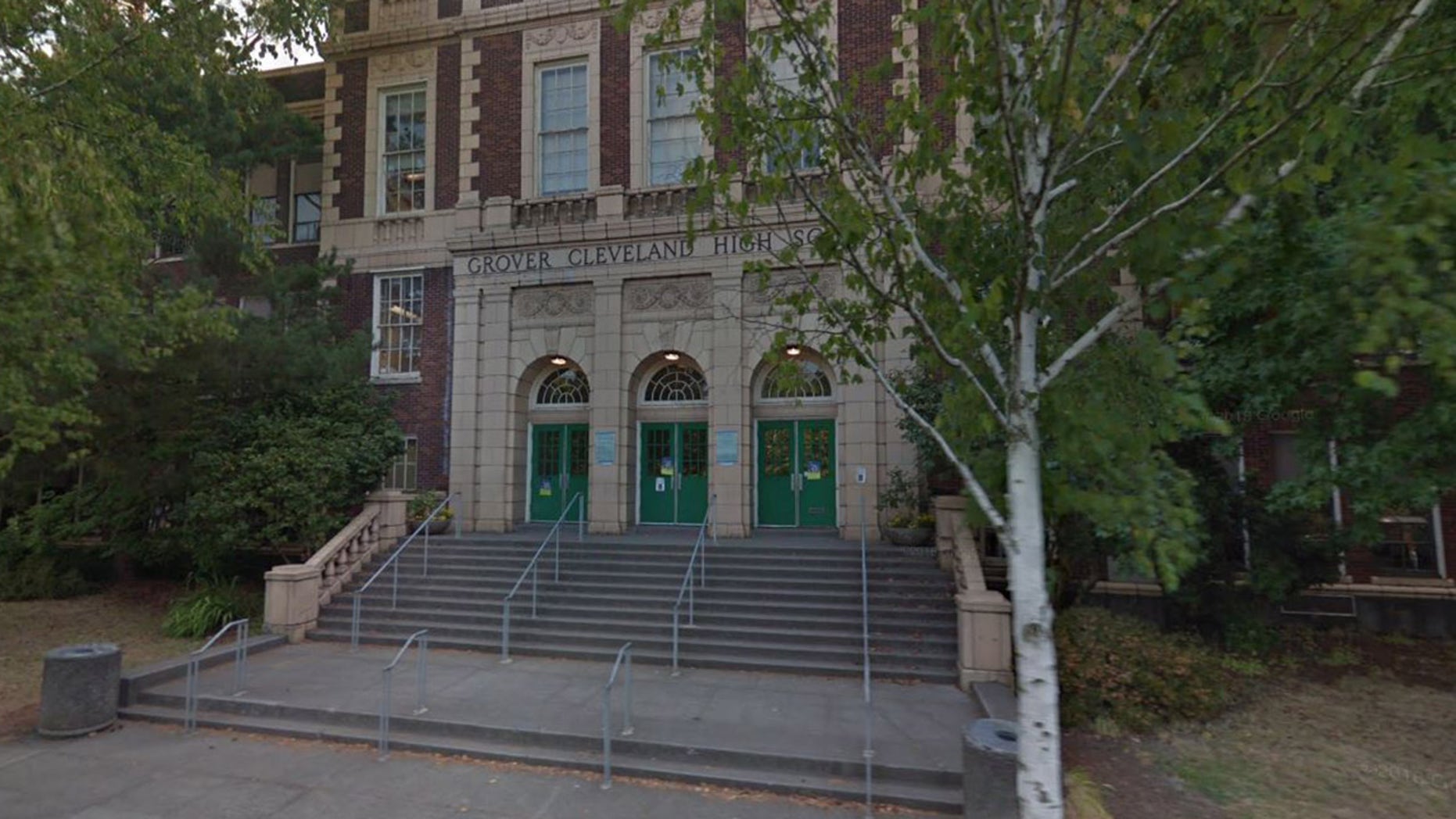 A high school in Oregon has come under fire after an offensive cake made by students in a culinary arts class was shared on social media.
(Google Maps)

A high school in Portland, Ore., is responding to parents and students after a series of racist incidents took place on campus last week.

On Thursday, Cleveland High School Principal Ayesha Freeman sent out an email to inform parents and students of an offensive cake that had been made in a culinary arts class that resembled blackface.

The chocolate cake appeared to have exaggerated red lips and blue eyes in the photo tweeted out by high school senior Brody Kreiter.

Principal Freeman referred to the discovery of the cake as “an event … that was hurtful to our staff and students of color” in the email, which was shared with Fox News. "We are working together towards a restorative process to heal our community from the hurt and harm that has been caused by a series of incidents this year," it continued.

The cake, which sparked backlash online after Kreiter posted the picture, was baked four days after Principal Freeman had to send out an email to parents alerting them that a teacher had found a nooselike string hanging from an entranceway on campus, Oregon Live reported.

According to the local publication, Kreiter decided to share the image of the cake because of the school’s recent “noose” found in the hallway and a “history of swastikas being drawn on posters” — alluding to six months ago, when a swastika and other hate speech was found written on fliers for the Jewish Student Union at the high school.

“I just believe that certain communities within Cleveland get treated unfairly and I'm sick of it,” Kreiter told The Oregonian/OregonLive on Twitter. “And it's our job as members of those communities to come together and take action.”

In the Twitter thread, Kreiter claims “a bunch of white girls” made the cake and then named it “'Alfonso’ because ‘it’s a black name.’”

A spokesperson for Cleveland High School told Fox News in a statement that they are investigating the incident.

“We are still gathering facts to determine what happened,” Portland Public Schools spokesman Harry Esteve said in a statement. “We want and expect our schools to be places where students feel safe, welcome, included and respected by staff and classmates. Any act of racism, racial insensitivity or discrimination of any sort is completely unacceptable at our schools. Our primary focus in the days ahead is on giving our students any and all support they need as they begin to heal from this incident.”

According to data from 2016, nearly 70 percent of the student population at the high school are white; only 3 percent are black.