With the world’s human population continuing to grow, there’s a risk that food supplies could one day fall behind demand. 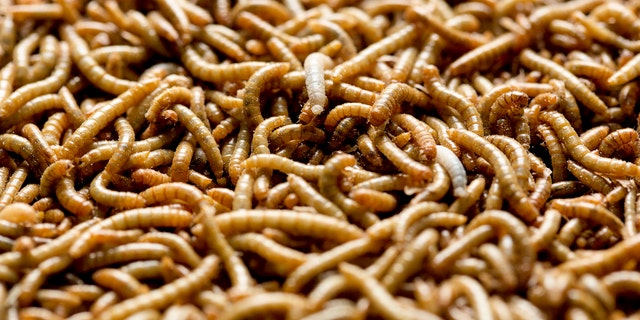 The researchers’ findings will help companies using the mealworms’ DNA to optimize their production. (REUTERS/Michael Kooren)

The yellow mealworm “shows great promise as an alternative source of animal protein,” according to a research article published Monday in the Journal of Insects as Food and Feed.

The world population hit 7.7 billion last year and is expected to reach 8.5 billion in 2030, according to the United Nations Department of Economic and Social Affairs.

Researchers from Indiana University–Purdue University Indianapolis and insect company Beta Hatch Inc. found that the mealworms, which have been considered a pest in the past, can be used as food for animals and humans, and that their waste makes a great organic fertilizer.

“Human populations are continuing to increase, and the stress on protein production is increasing at an unsustainable rate, not even considering climate change,” Christine Picard, an associate professor of biology at IUPUI who led the research, said in a written statement. 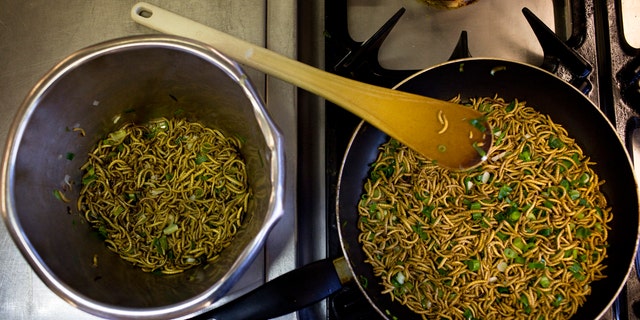 The yellow mealworm “shows great promise as an alternative source of animal protein,” according to a research article published Monday in the Journal of Insects as Food and Feed. (REUTERS/Jerry Lampen)

Many animals already eat mealworms, according to Piccard. And it may not be much of a stretch for more animals including humans to add them into their diets.

“They could also be really useful in the pet food industry as an alternative protein source, chickens like insects – and maybe one day humans, too, because it’s an alternative source of protein,” she said.

The researchers’ findings will help companies like Beta Hatch using the mealworms’ DNA to optimize their production.

There are some cultures where people already eat mealworms. But are you ready to try a mealworm burger, or maybe a pizza with pineapple and mealworms? Many people on Twitter were not enthusiastic about the idea.

But others have apparently already been experimenting with mealworms as food. One joked that mealworms “are poorly named” because it takes way too many to fill me up.”