James Martin, 48, is best known for his television work with the BBC and ITV. Over his career, he has shared a plethora of recipes and cooking hacks, including his vegetable cooking technique he uses to make the perfect Christmas dinner.

With many people’s turkeys probably in the oven by now or resting out of the oven, vegetables including carrots take the least amount of time to cook.

Speaking on the show, James shared the best way to cook them while cooking a joint of beef.

He said: “A rib of beef to me is about Christmas…everybody’s on about turkey of course, I didn’t want to do that because by now, your turkey should be well in the oven, in fact, most of the turkey should be out of the oven and resting. 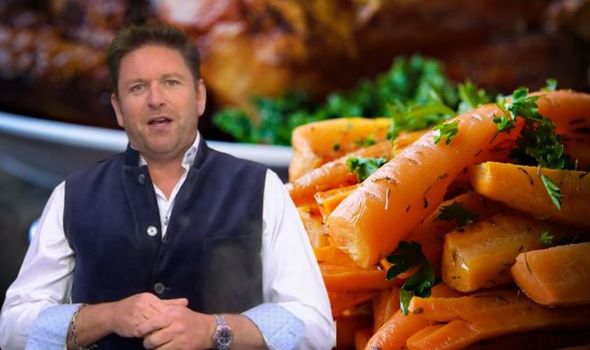 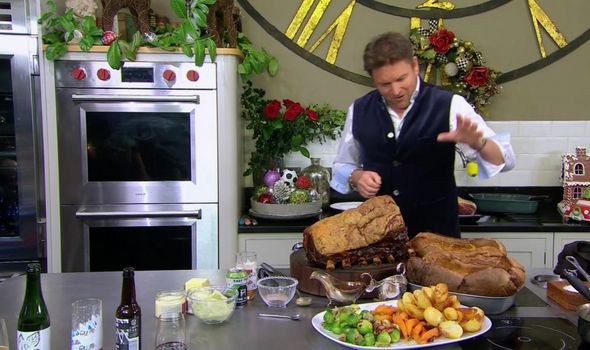 “I’m going to show you how to prepare a few of your veg as well.

“So, first of all, carrots, star anise is the key to it but sugar is the key.

“In with the carrots, roughly for every carrot you put in, one teaspoon of sugar, white sugar, caster sugar.”

The carrots that he uses for the recipe are whole carrots with tops.

James added that the water also needs a good pinch of salt.

The chef continued to show the audience that the water needs a lot of salt for flavouring.

James joked: “It needs to be snowing in salt.

“This pan over here, I’m going to take my Brussels sprouts, I have got a bit of fried bacon in there as well. 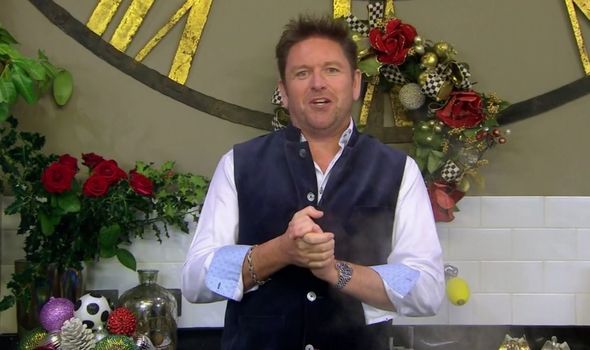 “You can leave those to one side…cook those away nicely.”

The website says: “A great way to brush up the humble carrot. Star anise adds a touch of Christmas spice to the sweet buttery glaze.”

James Martin is famous for using a lot of butter in his recipes and when he plates up his Brussels sprouts he tops them with a huge knob of butter.

The chef also adds the crispy bacon pieces to the top for a delicious side dish.

Gravy is also a huge part of the Christmas dinner, although it can be fairly hard to master.

On the show, James made two different types of gravy but the easier option is to spruce up granulated gravy.

Into the powder, the chef added hot water like usual and mixed together to create a gravy.

However once mixed, he also added a small amount of Bovril and Marmite to add extra flavour and deepen the richness.