Chick-fil-A is once again teenagers’ favorite restaurant chain. It is the chicken chains fourth time making the top of the list.

The principal of a New Orleans high school said his staffers have no desire to “eat mor chikin,” as the administrator turned down a free lunch for teachers catered by Chick-fil-A over what he alleges are the company’s “views” toward the LGBTQ community.

On Oct. 10, Steven Corbett, principal of Lusher High School, said that he had recently declined a free lunch from the chicken-centric chain for his employees, provided through the College Football Playoff Foundation (CFPF), explaining that the restaurant’s values do not align with those of the school.

"Out of respect to our LGBTQ staff, we have chosen to not serve Chick-fil-A at an employee lunch. The #1 rule at Lusher is to 'Be Kind' and we live this motto every day," Corbett told WWL-TV. "Chick-fil-A has been politically outspoken about its views, and we feel it is not part of Lusher’s culture of kindness and community.”

CHICK-FIL-A IS ONCE AGAIN TEENAGERS' FAVORITE RESTAURANT CHAIN, ACCORDING TO NEW SURVEY 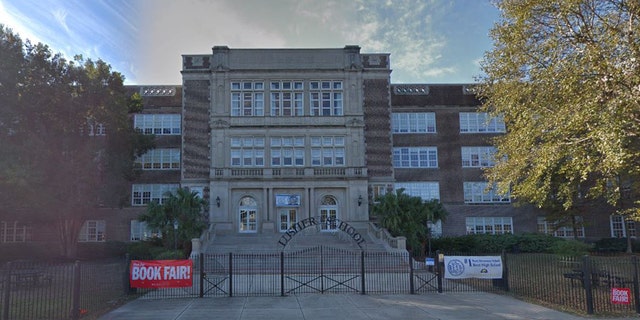 The principal of a New Orleans high school said his staffers have no desire to “eat mor chikin,” as the administrator turned down a free lunch for teachers catered by Chick-fil-A over the company’s alleged “views” towards the LGBTQ community.
(Google Maps)

"Anytime an organization is anti-LGBTQ, and has efforts to infringe upon their rights, we thought it was important to support and stand up for their community at this time," the principal told WDSU, doubling down on his argument.

The catered lunch was reportedly scheduled to take place on Friday, according to WWL-TV.

In response, a spokesperson for the CFPF said that the organization understood, and that teachers at the charter school would receive a meal from another restaurant.

“[We are just] glad teachers will have a good lunch tomorrow,” spokesperson Tony Fay said. 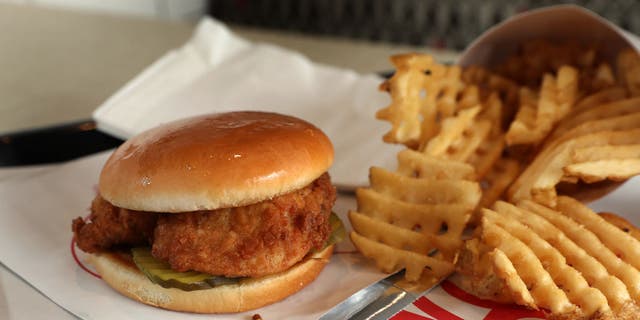 A chicken sandwich with waffle fries is pictured at a Chick-Fil-A restaurant.
(David L. Ryan/The Boston Globe via Getty Images)

Fay added that the teacher's lunch for Lusher High School staff is one of "several" initiatives the CFPF is launching to thank the New Orleans community for hosting the Sugar Bowl and College Football Championship in 2020.

A spokesperson for Chick-fil-A offered Fox News the following statement on the matter:

“We are a restaurant company focused on food and hospitality and have no political or social agenda. Our priority is on providing a welcoming and respectful environment for our guests and Team Members," the rep said.

Founded in 1967, the biblical basis of Chick-fil-A’s management strategy have been routinely criticized as controversial. And while company chairman and CEO Dan Cathy has voiced his opposition to same-sex marriage, Chick-fil-A has long argued the company has no political or social agenda.

According to a news release, the chain reported over $10 billion in revenue in 2018.