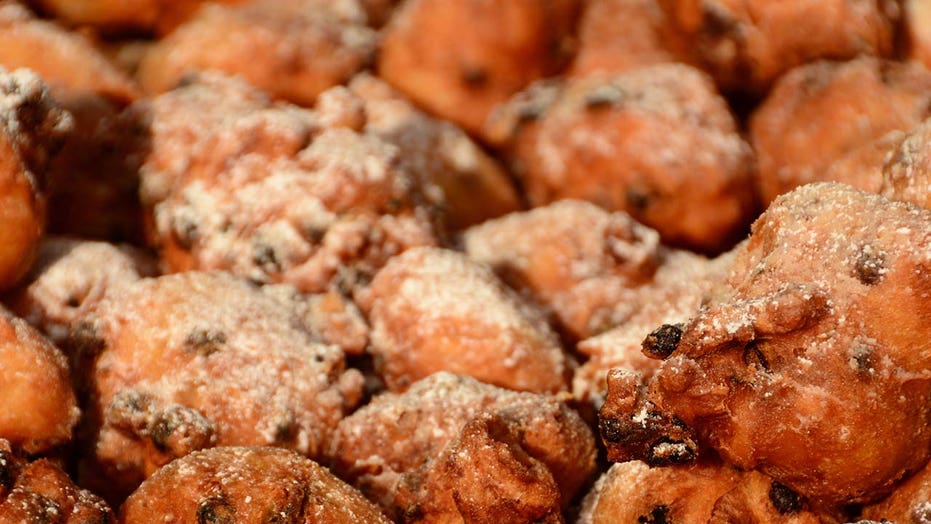 For many of us, a traditional New Year's feast is comprised of Champagne and whatever confetti happens to fall into that Champagne while we're drinking it. But for lots of revelers around the world, New Year's is a time to eat symbolic (and perhaps more substantial) treats.

Cultures from nearly every continent celebrate the New Year with their own unique foods, many of which are eaten in the hopes of bringing luck, good health or prosperity in the near future. For example, the Japanese slurp long noodles in the hopes of living long lives; the Italians eat coin-shaped lentils as a way to welcome wealth; and the Dutch munch on fried dough to ward off the knife-wielding goddess Perchta, lest she slice open their stomachs and their innards spill all over their nice New Year's outfits.

So if you're looking for a fun way to ring in the New Year that won't result in a pounding headache or confetti in your teeth, try one of the worldly delights below: 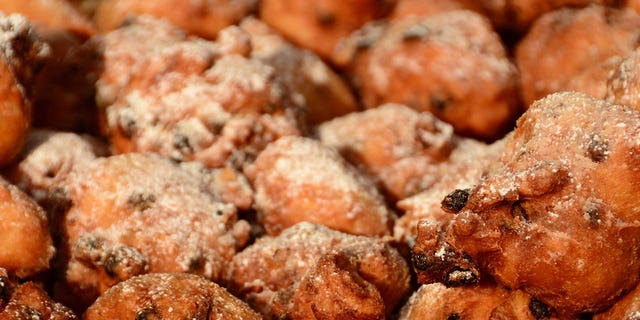 On New Year's Eve in the Netherlands, the Dutch traditionally prepare and eat oliebollen, or small doughnuts studded with dried raisins or currants. The tradition of eating oliebollen (literally "oil balls") is thought to have originated with early Germanic tribes as a way to ward off the pagan goddess Perchta, who would fly through the skies during Yule and slice open the bellies of disobedient tribespeople. Anyone who had eaten oliebollen, however, was spared, as Perchta's sword would slide off their full, greasy bellies. 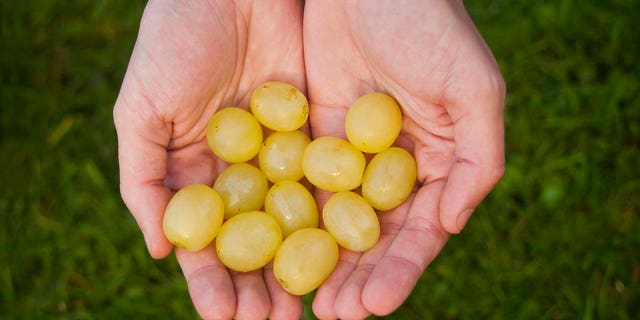 Lots of people sip Champagne to welcome the New Year, but in Spain (and in some parts of Latin America) they'll be gulping down the grapes themselves. According to NPR, the tradition of eating 12 grapes at midnight began in the 1880s as a way of "copying the French tradition of having grapes and Champagne on the last day of the year." The outlet adds that this custom was ultimately adopted by Madrileños, or inhabitants of Madrid, who would travel to Puerta del Sol "to see the bells chime at the turning of the year and, most likely in an ironic or mocking manner, eat grapes like the upper class." Today, this method still lives on, and residents can even purchase their 12 grapes in small tins, already seeded and peeled. (It's also sometimes said that the grapes must be eaten within the first 12 seconds of the New Year to welcome 12 lucky months.) 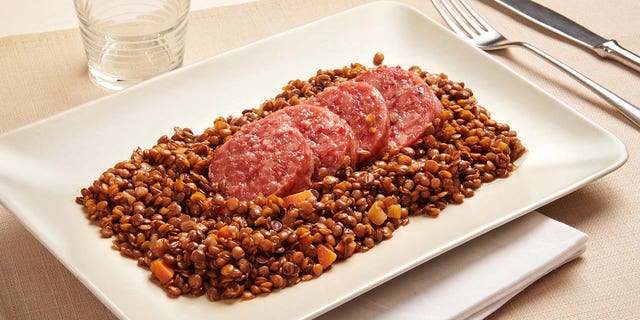 Italians know a thing or two about preparing a feast, so it only makes sense that they'd whip up a mouthwatering cotechino con lenticchie for New Year's. This traditional stew is made with pork and lentils, which have been described as "two of Italy’s culinary symbols of good luck." For example, some Italians believe that pigs, who push their snouts forward along the way rather than backward, are symbolic of progress. As for lentils, they’re already shaped like miniature coins, symbolizing fortune. Therefore, eating this hearty dish on New Year's is said to ensure a prosperous 12 months. 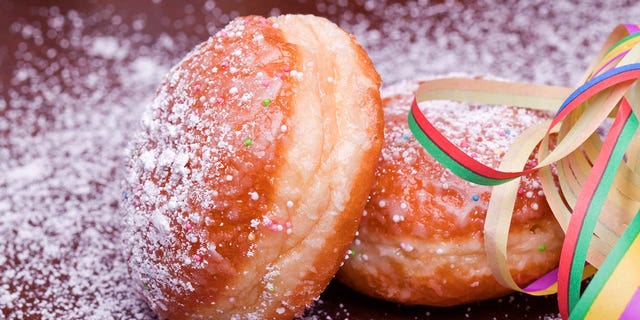 In Berlin, different varieties of jelly doughnuts known as a Berliner Pfannkuchen are purchased at local bakeries on December 31st and enjoyed later in the evening. According to The New York Times, some folks even eat these fluffy treats "to nurse [a] hangover the next day." And while the Berliner Pfannkuchen is usually filled with a fruit jam, like plum, apricot, or raspberry, be warned: History.com reports that it's "a common practical joke to fill some with mustard instead of jelly to trick unsuspecting guests." 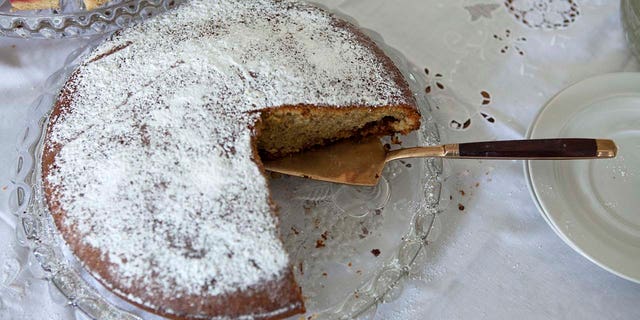 When it comes to celebrating New Year’s Eve like the Greeks, vasilopita is the dessert you should have on the table. Greek-American nutritionist Elena Paravantes describes this dish as a moist cake made with traditional ingredients like sugar, milk, eggs, and even orange and orange zest, although it can also be made with yeast for a "more bread-like" consistency. "Vasilopita is the Greek lucky New Year’s cake that has a coin hidden in it and is cut at midnight," explains Paravantes. "A piece is cut for each family member. If the coin is in your piece, you supposedly have good luck for the rest of the year." Many vasilopitas are decorated with the date of the New Year, but they can also be topped with sliced almonds or a simple dusting of powdered sugar. 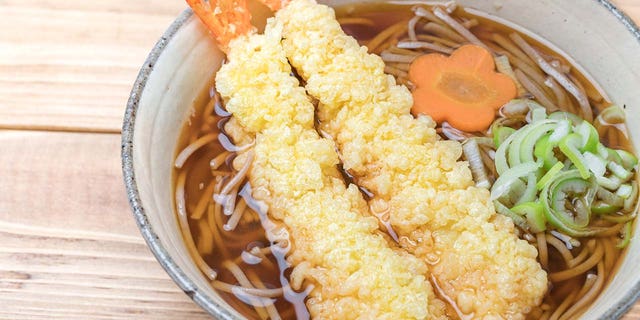 On New Year’s Eve, the Japanese savor a bowl of hearty soba noodles known as toshikoshi soba, or "year-passing" noodles. "The buckwheat noodles are longer than usual because the soba symbolizes longevity," reports The Chicago Tribune. "According to some historians, soba is supposed to signify strength and resiliency, since the buckwheat plant itself bounces back even after being flattened by wind and rain," adds The Japan Times, which also notes that the long noodles "may signify the [eater's] wish for a long life." (And if they're feeling superstitious, some diners avoid cutting the noodles while eating to ensure lasting luck. In other words, start slurping!) 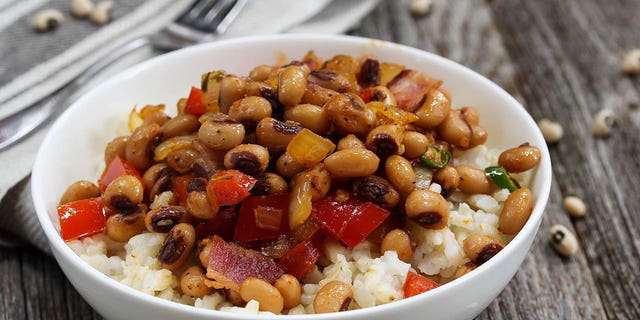 It's common to see black-eyed peas on the New Year's table in many parts of the American South, often served alongside cooked greens, or as an ingredient in Hoppin' John (a Carolina dish of rice, peas and bits of pork). The theories behind these dishes differ, but according to cookbook author and New York Times contributor Jessica B. Harris, the African slaves en route to America survived on black-eyed peas, and later planted the hardy crops upon arriving, so "having some extra on hand at the New Year guaranteed sustenance provided by a new crop." Another theory suggests that black-eyed peas came to be came to be considered lucky sometime after the Civil War, when Union soldiers ate the rest of the Southern crops but ignored the peas, allowing the locals to sustain themselves. 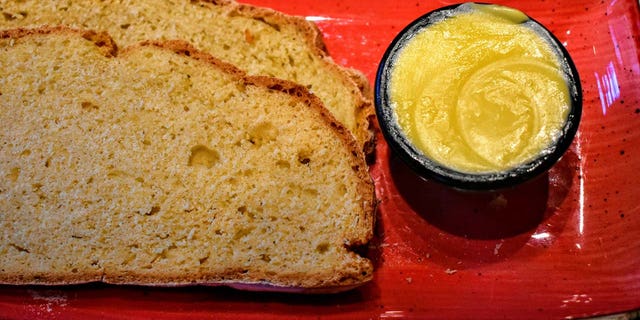 According to historians, Irish households would sometimes leave buttered bread (or bread and butter sandwiches) on their doorsteps on New Year's Eve for local children to come and collect. In fact, the holiday is sometimes called "The Day of the Buttered Bread" in Gaelic. Another tradition reportedly involves banging a stale loaf of "Christmas bread" against the doors and walls of the house to scare away any bad spirits.