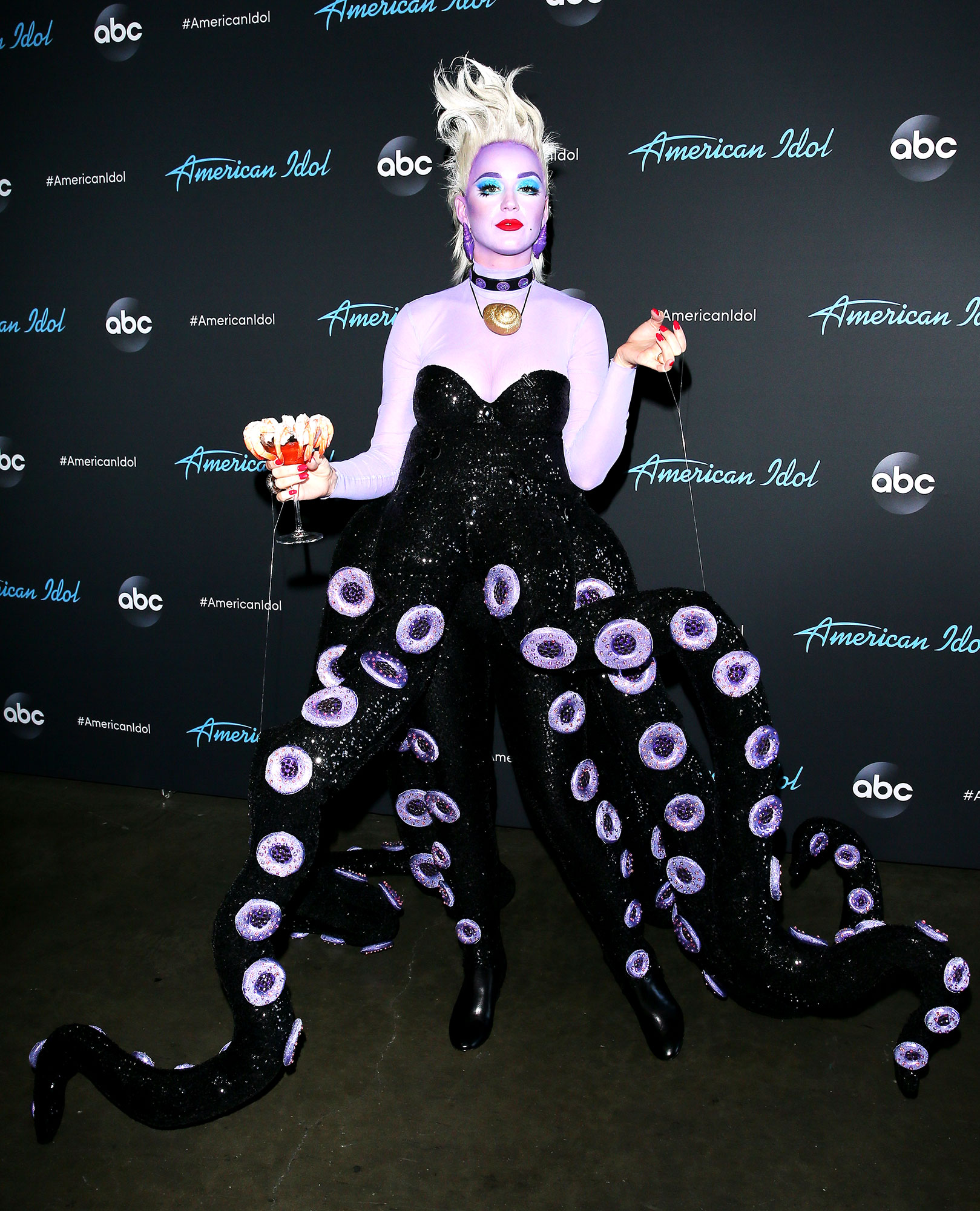 No poor unfortunate souls here! Katy Perry Opens a New Window. channeled her inner villain and epically dressed up as Ursula from The Little Mermaid for American Idol’s Disney-themed night on Sunday, April 21. And the judge went “full tilt” in her quest to pay homage to the underwater sea witch.

Working with her go-to costume designer Johnny Wujek Opens a New Window. , the “Firework” singer explained that there was a bit of back and forth before deciding on the intricate, under-the-sea-inspired design.

And once Perry made her decision, she fully leaned into the character.

“It’s hard to dress as Ursula because she’s an octopus,” she explained. “So I was just gonna go full tilt. A lot of people have been the Little Mermaid and you would think that would be the choice.”

Wujek enlisted Russell Barslou of Shokra Opens a New Window. to bring the voluptuous villain from the 1989 animated classic to life. A black sequined jumpsuit served as the base of the design and six octopus tentacles protruded from the waist. Perry was able to manipulate the extra limbs thanks to fishing wire, and she spent much of the night wrapping them around fellow judges Luke Bryan Opens a New Window. and Lionel Richie Opens a New Window. .

Wigging Out! Stars Are Mixing Up Their Hair Looks With Wigs Opens a New Window.

But the costume didn’t stop there. The songstress turned to her glam squad of makeup artist Michael Anthony Opens a New Window. and mane man Chris Appleton Opens a New Window. to complete her transformation. Anthony matched Perry’s face and neck to the lavender bodysuit that covered her arms and décolleté, while aquamarine eyeshadow, a bright red lip and strategically placed beauty mark finished off the look.

After experimenting with many a wig this past week (a pic Perry posted rocking a long blonde hairpiece Opens a New Window. on Friday, April 19, managed to rack up more Instagram “likes” than the photo she posted of her engagement ring Opens a New Window. from Orlando Bloom Opens a New Window. in February), Appleton created a voluminous silver mohawk style that mimicked the sea creature’s signature ‘do. 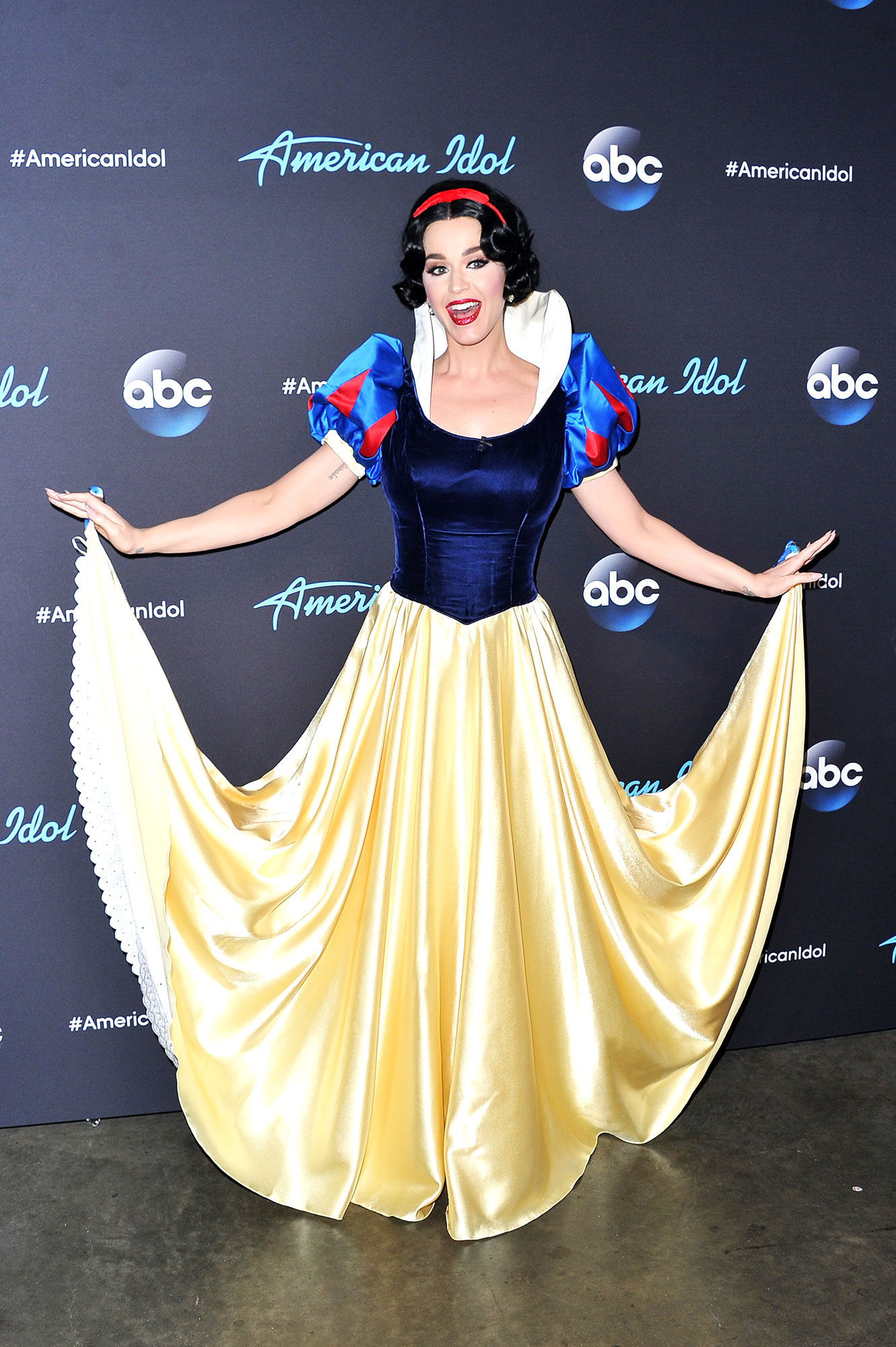 While this wasn’t the first time Perry has dressed up as a Disney character, it might be the last time we see her as a villain. For last year’s American Idol theme-night, the judge stunned as Snow White, and it sounds like she prefers playing the part of princess.

“Actually, to be quite honest, [it] was a little hard playing the villain. I’m tired,” Perry admitted after the show. “I’m not a good villain. I just wanna be … joyful.”