Piercing jolts of electric currents are pumped into my body in an attempt to recreate the pain of contractions in the latter stages of pregnancy. 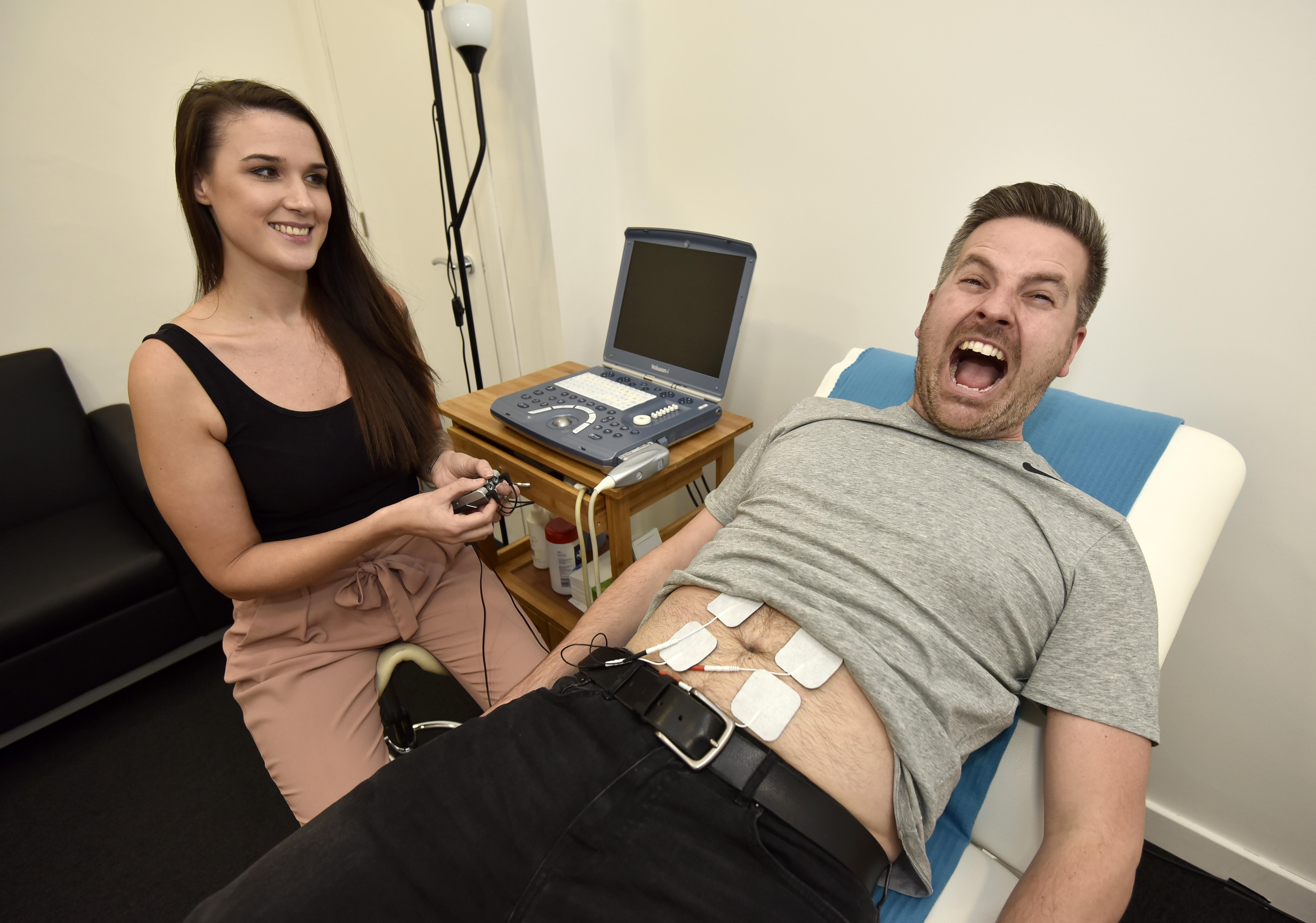 And I can confirm it is as horrendous as it sounds.

I was taking part in the UK’s very first Labour Pain Experience, launched earlier this year, which has become a hit with mums keen to get revenge on partners for their lack of empathy during their pregnancies.

So if there are any dads out there who have said, “The pain can’t be that bad, you’ve had one before” or — if they have a death wish — “It can’t be worse than a kick in the balls”, spending time here will definitely change their mind.

I have been present at the births of my three kids, Olivia, Lyla and Henry, and it is only now I appreciate I perhaps was not as sympathetic and supportive as I could have been. 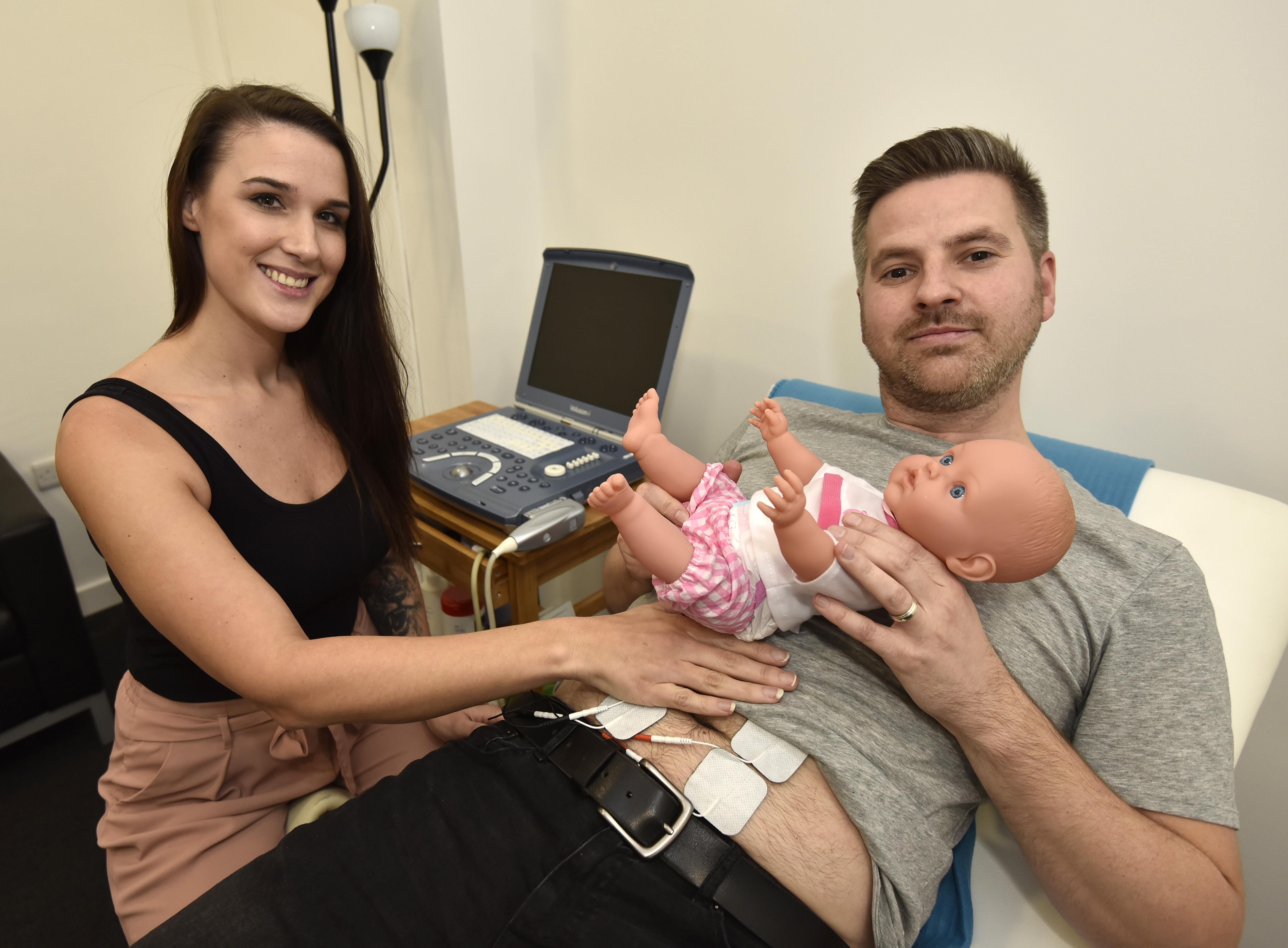 Now I get why my wife Kirsty went mad when she caught me eating Monster Munch when she was in labour.
Or why it was not a great idea to leave her in the car having contractions while I nipped into Nando’s for some food.

How my wife did a combined 75 hours in labour amazes me. My 20-minute experience was hard enough.

Launched by Bristol clinic Ultrasound BabyFace, for £25 dads get the total experience, from bump to birth. 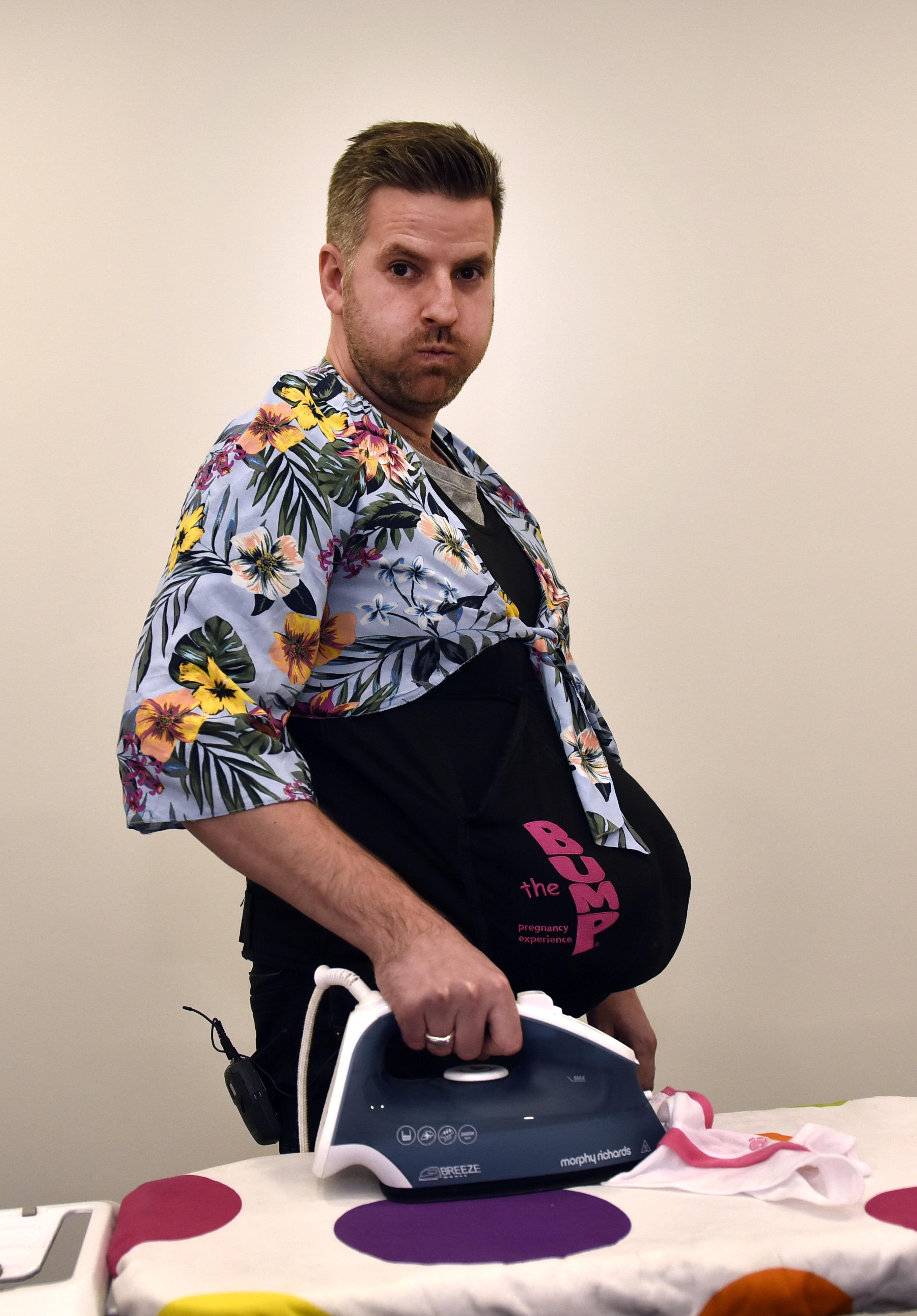 My first task was putting on a pregnancy vest containing an 8lb bump, and a mock pair of breasts.
I was then tasked with doing the ironing and painting my toe nails.

Then, barefoot, I had to deliberately step on toys scattered on the floor before putting them away and dressing a baby.

During my chores I was told not to bash my bump and to watch how I bent over for fear of putting my back out. No wonder I needed a lie down afterwards. 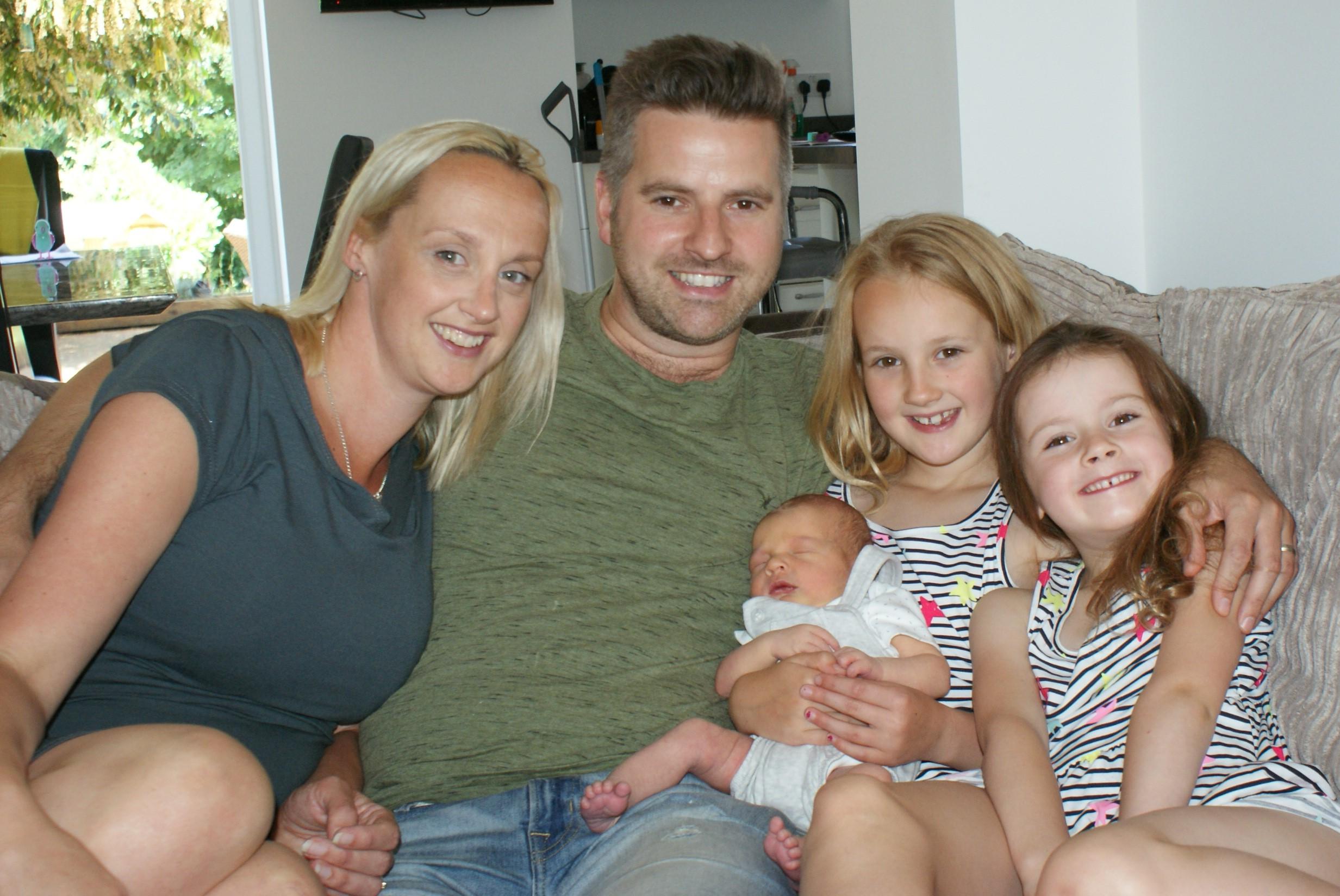 After experiencing the daily routine of a heavily pregnant woman, it was time to finally get this baby out.

The experience is managed by mum-of-one Kate Thomas, 33.

She replicates the feeling of early labour by attaching four stickers to my stomach that are wired to a 40-volt Tens electrical nerve stimulation machine.

It looks a bit like those blokes on shopping channels advertising machines to increase your abs. 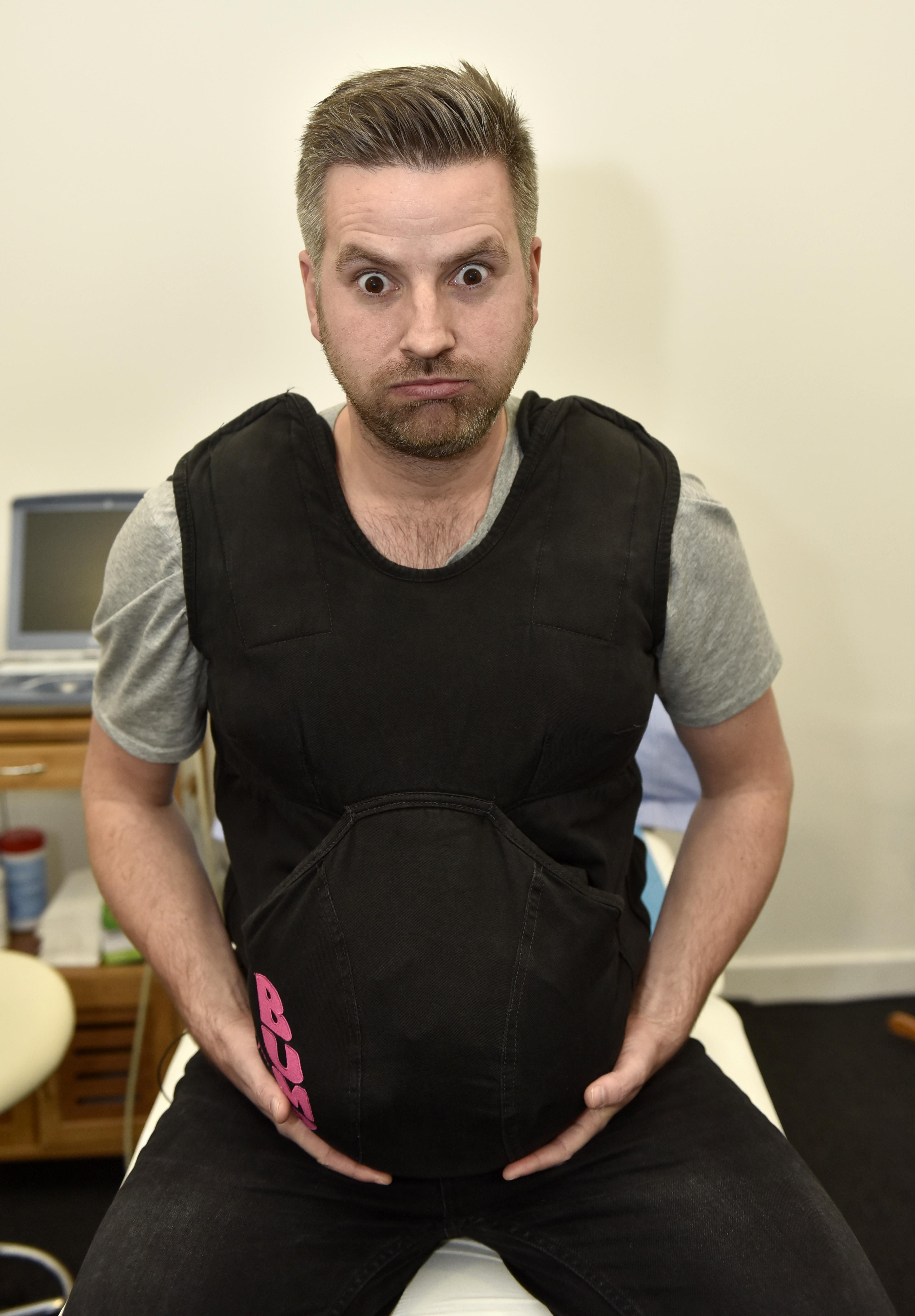 But instead of a six-pack, I got 20 minutes of piercing jolts of electricity to mirror the start of contractions.

Like the real thing, I had no idea when they would be arriving, how long they would last and what type of pain they would cause.

In my case, they hit every 20 seconds and the longest lasted four seconds — Kate ramped that one up a notch as a sign “it was time to push”. That is when I genuinely felt my body was going to explode.

All I can compare the feeling to is an intense punch of pins and needles into the centre of my stomach. 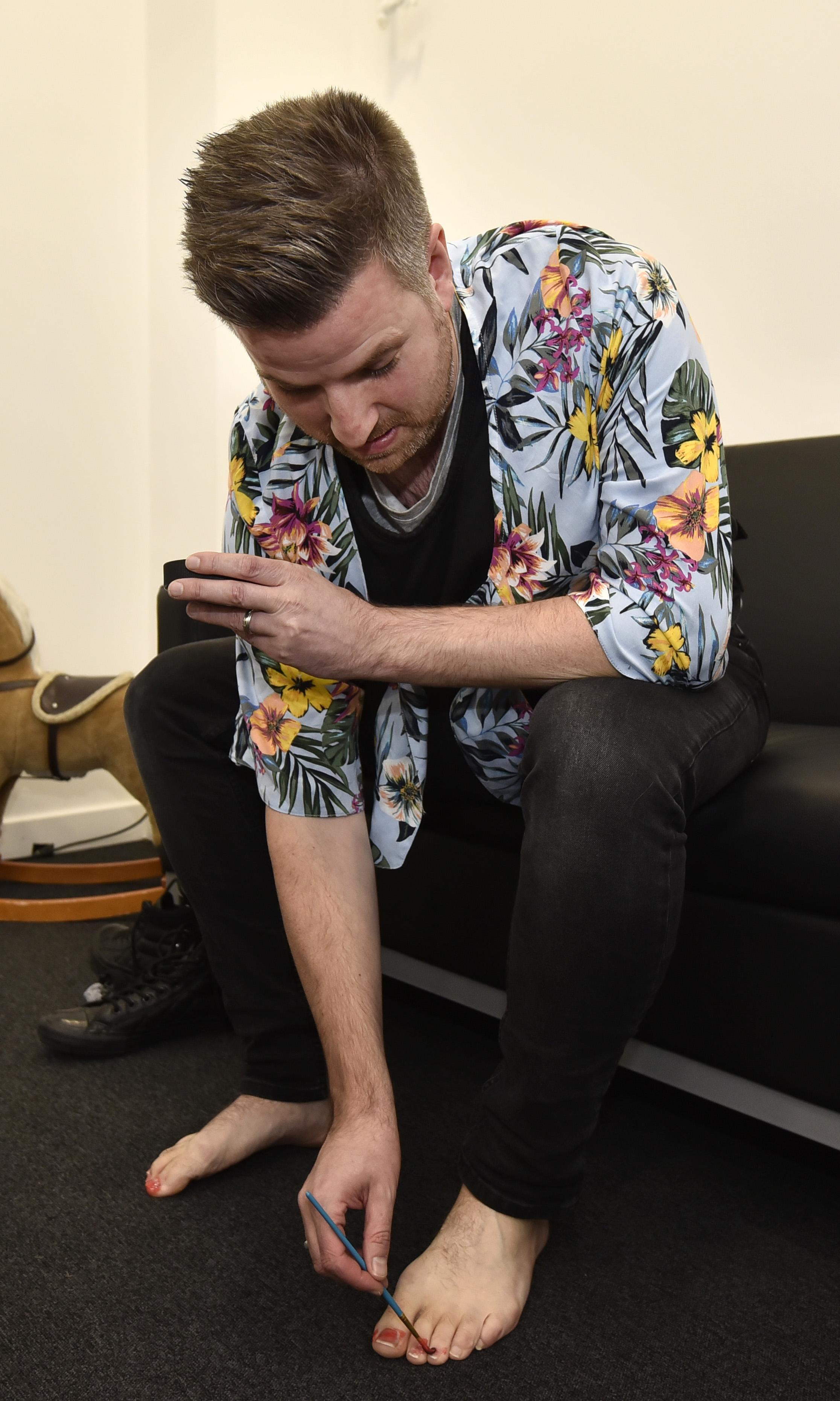 It sucked the air out of me, which served me right for not practising my breathing techniques.

After the final jolt inside my ribs I was presented with my “baby”.

All I needed now was some tea and toast to cap this truly bizarre experience.

Kate tells me she gets all types of reactions from her “patients”. 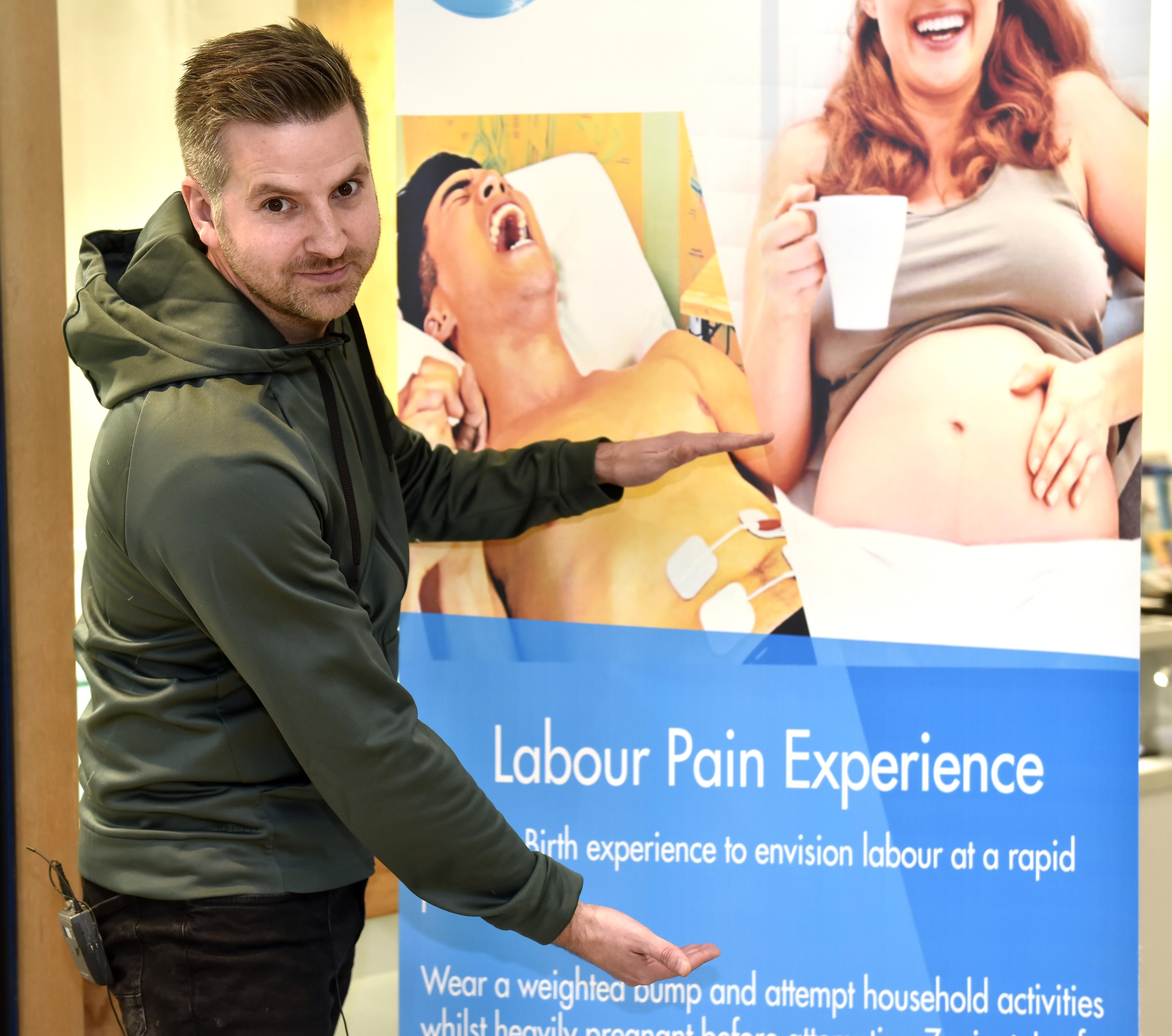 She says: “One guy had a laughing fit because he genuinely wasn’t expecting this type of pain.

“He got really hot, his glasses steamed up and he nearly cried.

“Some have full-on screamed the place down, while others managed to keep a lid on their emotions. It completely depends on your pain threshold.”

Kate has experienced both real labour pain and the re-enactment and says there are definitely similarities between the two. 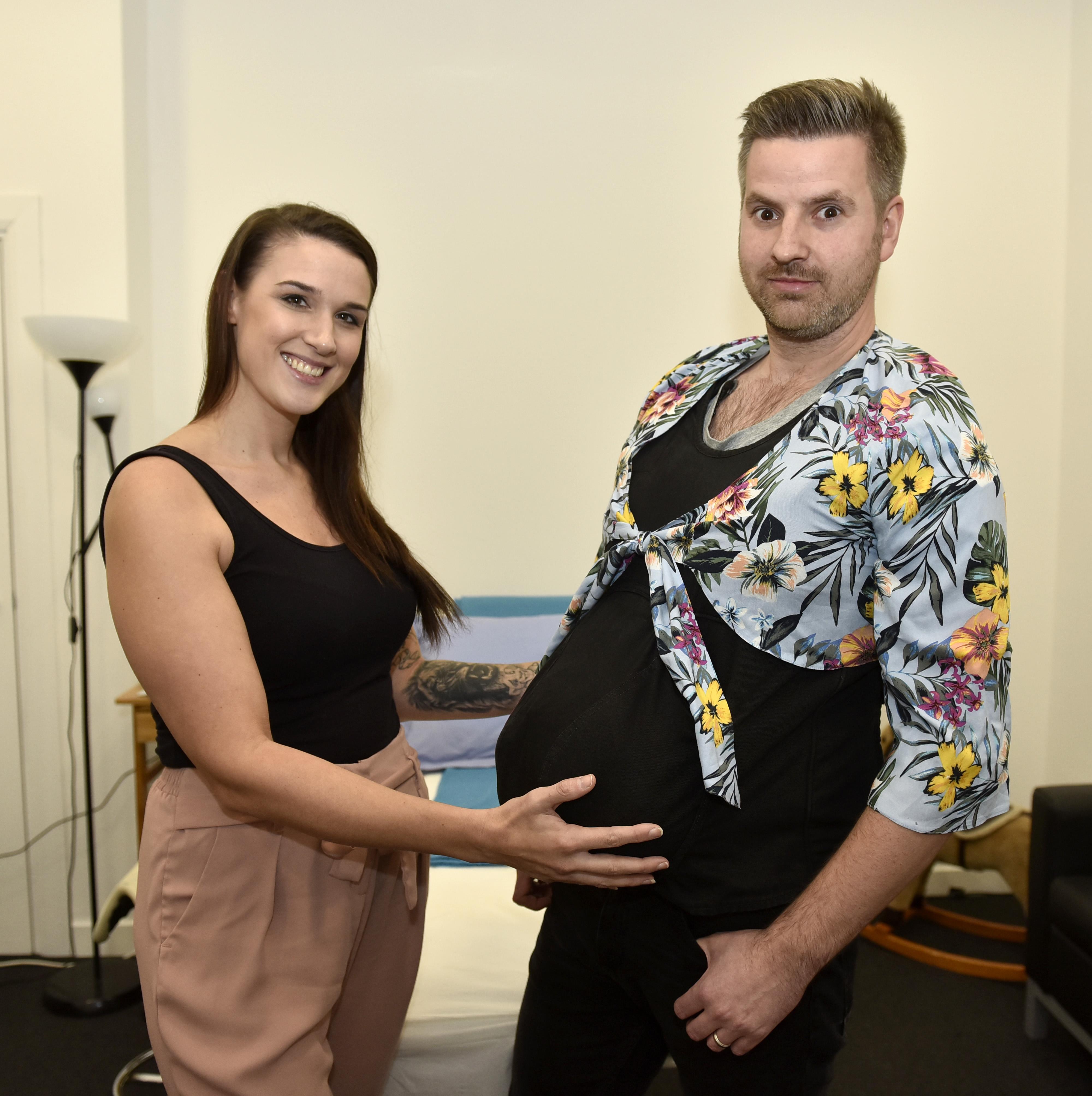 She adds: “We try to recreate the uncertainness of what to expect and how labour is going to feel, from the anxiety of when you first go on the bed to giving birth.

And it is not just unsympathetic dads who are being booked in for the experience.

Some women want an idea of the pain they will be going through if pregnant, while some expectant dads want to gain a greater understanding of the process so they can be of more help to their partners.

Kate adds: “A lot of people think it’s coming in to cause pain, but it’s an experience.

“You get an understanding of how it will feel from bump- to-birth.

“If you’re out of breath after just ten minutes in the pregnancy vest, she’s been that weight for two weeks so imagine how she feels.”

Kate confirms the pain of actually giving birth for real would be at least ten times more than what I experienced.

Thank goodness that part was not recreated.