Made up of countless hexagons, this purple and yellow illusion appears to move slowly back and forth when you examine it closely.

What's more, the caption underneath the mind-bending illusion claims that it was created by the Japanese neurology professor Yamamoto Hashima as a means of testing the viewer's stress levels.

While the caption claims "if it's not moving, or moving just a little, you are healthy and slept well", if its "moving continuously" then this could mean "you are over-stressed".

Taking to Twitter to voice their confusion, one horrified user posted a screengrab of the illusion online along with the caption "this is actually tripping me out." 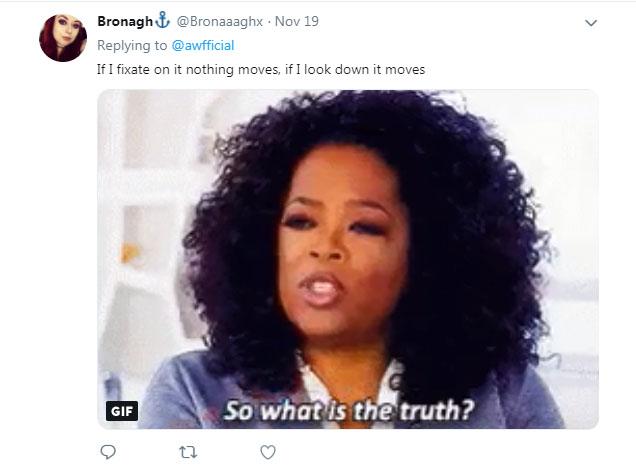 Unsurprisingly, the baffling effect has left the internet thoroughly confused.

In a similar fashion to the Yanny or Laurel debacle from earlier this year, one user claimed the illusion changes every time they revisit it.

She said: "So this morning the photo was still and now it's moving like anything."

Another added: "If I fixate on it nothing moves, if I look down it moves."

Meanwhile, one baffled user added: "Delete it, my head hurts."

Them and us both.

But in an even more mind-boggling turn of events, it now appears that the image isn't moving at all.

After seeing the illusion re-merge online, the real designer Yurii Perepadia posted his work on Instagram.

The graphic designer explained: "This is a white and black stroke on a coloured background, which sets in motion the focus of vision and it seems to a person that the details of the image are moving."

In other words, it has nothing to do with your stress levels because the image is not actually moving.

Anyone else need a lie down after that? Just us?

For even more unmissable optical illusions, do you see a beach or a door when looking at this photo?

And is this mug round or square? This optical illusion has us baffled.

Plus these optical illusions made us look twice, but can YOU work out what's going on?