Patricia Alejos Monzon, who has more than 30,000 followers on the social media site, has been criticised online after she uploaded the “dangerous” snap. 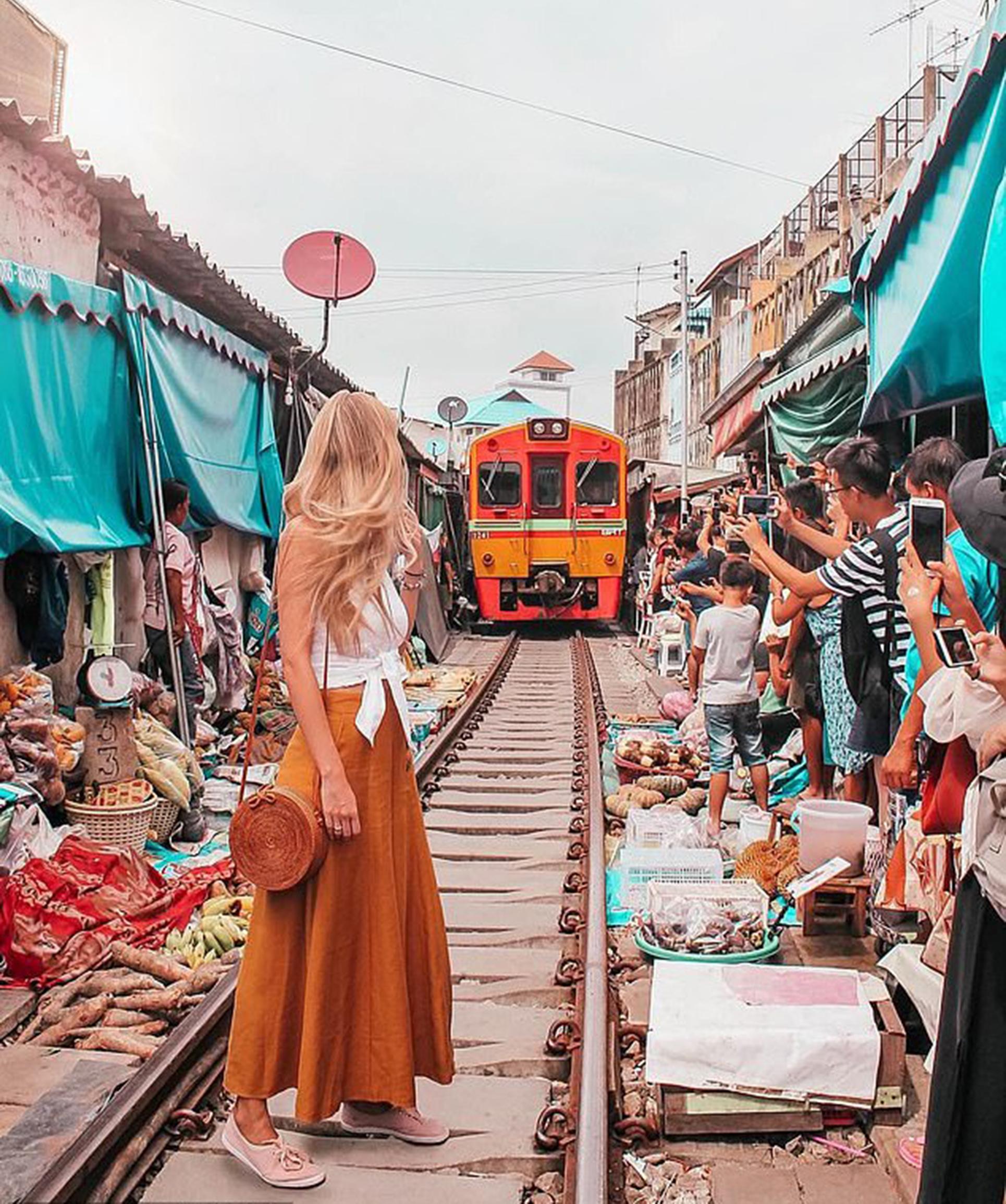 It shows the influencer, who has lived in Spain, Sweden, Australia and Germany, standing on rail tracks with her face turned towards the oncoming train.

The picture was taken at the famous Maeklong Railway Market, in Thailand, which is known for having the train pass directly through the market.

The crowds part like a sea and traders quickly pack up their stalls each time the locomotive passes by, which has become a tourist attraction in itself.

As Patricia’s photo shows, dozens of tourists themselves are leaning in wielding cameras to try and get a shot of the train. 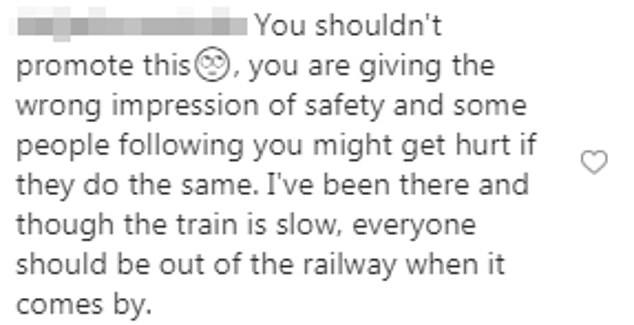 But Patricia, who lives in Singapore, went one step further and stood in front of the train.

Her stunt has been branded as “inappropriate”, and a number of people have criticised her for promoting “dangerous behaviour”.

One person said: “Ya [sic] but you don't mind to do anything for social media content even it's dangerous.”

And someone pointed out: “If you tripped or something you would have been dead.”

This person also thought she brushed death, saying: “Risking your life for a pic is commitment.”

And referencing the number of fatalities while trying to take the ultimate selfie, this person wrote: "Probably not the best to promote photos like this.

“There are tons of kids who get in hot water attempting to emulate pics like this.”

Similarly, this person added: “Great that you've created such a crazy photo, now let's hope there are no kids out there stupid enough to copy it.”

Another person pointed out: “It’s a sunning shot but we can’t tell from a photo how fast this train is going.

“People could (and will) easily get the wrong idea.

“Railway tracks are not meant to be walked on, no matter how slow the train is going.”

A third person wrote: “You shouldn’t promote this, you are giving the wrong impression of safety and some people following you might get hurt if they do the same. 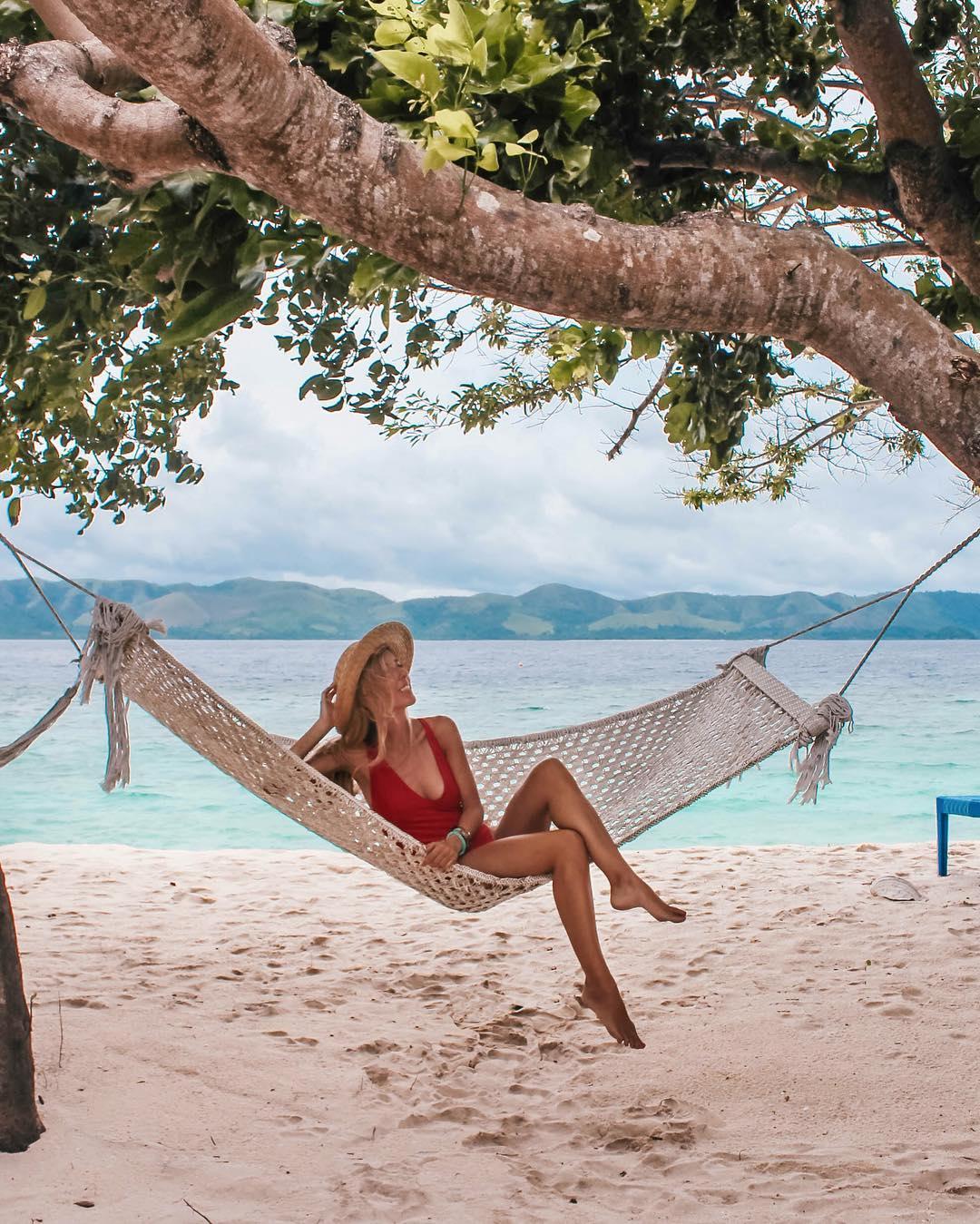 “I’ve been there and though the train is slow, everyone should be out of the railway when it comes by.”

Responding to the barrage of abuse Patricia, an architect, responded online saying: “First, this is not dangerous at all, and second I am not the first and won't be the last person taking a photo here or any other dangerous places.

“It is on ourselves to be aware of the dangers and the limits. Even if I would not take this photo, people would anyway.

“I am not a person who takes a big risk just for a photo, I value my safety and life.”

Some people did praise the shot, calling it “amazing”, “stunning” and “worth the risk”.

But despite the positive comments, Patricia later removed the photo.

And this hilarious photo gallery captures the looks that would never make it to the Fashion Week catwalks.

Plus this mum was left embarrassed after her innocent holiday snap is mistaken for something very rude.