But that's not always the case, as one Reddit user revealed in a hilarious post over the weekend. 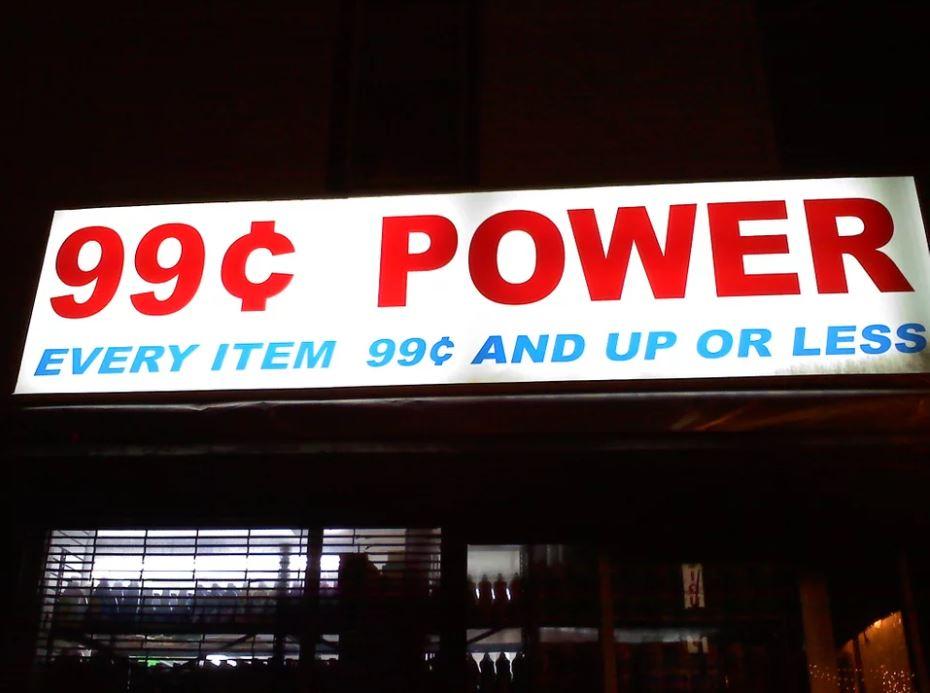 The Redditor – who goes by the name Schroderrr – shared a mind-bending photo of a 99 cent store yesterday, presumably in the US.

On the shop's front, the name "99¢ Power" can be seen in huge lit-up letters.

But there's a catch – underneath this are the words: "Every item 99¢ and up or less."

As Schroderrr pointed out, this basically means that goods can be any price. Right.

Unsurprisingly, the snap sparked quite a reaction among other Reddit users.

One joked: "All items guaranteed to have a price," while another moaned: "This hurts my brain."

Others shared stories of similar retailers where they live.

Another person wrote: "Even worse… I went to a store today. Big sales. On every clothing rack, you had a sign: 'SALE 4.99 or more!'

"So basically you can have a $20,000 overpriced T-shirt in there and it would still be true."

And this mum shared an epic fail Aldi made in their bath time toys – but can you spot what's wrong?