I may be considered an adult now, but when Halloween rolls around each year, I still feel a little scared. I know the haunted house nearby is more a place of entertainment than anything else, but the mere thought of what may be lurking inside still gives me the shivers. I understand that the blood and gore that are part of some people’s Halloween costumes are really just creative makeup or props, but the wounds still make me squirm. Honestly, though, America hardly even scratches the surface when it comes to Halloween celebrations. The best countries to celebrate Halloween 2018 do it real big, so if you’re a fan of all things spooky and supernatural, you’ll love what these locations have to offer.

Believe it or not, according to data compiled by tour agency Premium Tours, the United States actually ranks highest in the world in terms of haunted locations, and even horror movies. But plenty of other countries have spooky stuff to offer, too. If you’re in search of paranormal sightings, for instance, take a trip to Ireland for your chance at encountering something otherworldly. Are mythical creatures your thing? Japan got a 10 out of 10 in that category, according to Premium Tours’ data. Here are a few more haunted offerings you can expect around the globe. 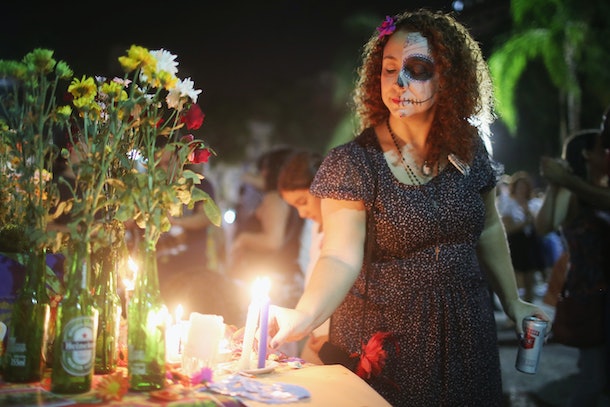 If you’ve watched the beautiful Pixar movie Coco (which is available to stream on Netflix), you might be familiar with some of the customs surrounding El Día de los Muertos, or The Day of the Dead. The Nov. 2 holiday, which originated in Mexico, is devoted to honoring and remembering those who have died, according to The University of New Mexico. By visiting grave sites or building elaborate altars to loved ones, the living are able to offer up food and drinks to nourish their ancestors. Per the university, the scents of marigolds and copal are thought to help welcome home the spirits. 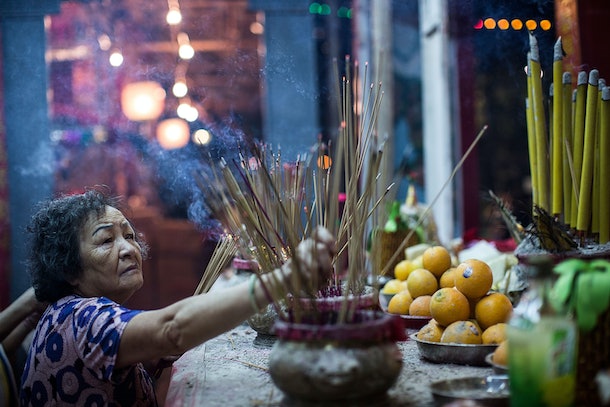 According to the Hong Kong Tourism Board, during the Hungry Ghost Festival, restless spirits are believed to roam among the living. In order to honor the dead, people light small fires, burn artificial money, and leave food out for ghosts and ancestors to use in the afterlife, per the source. 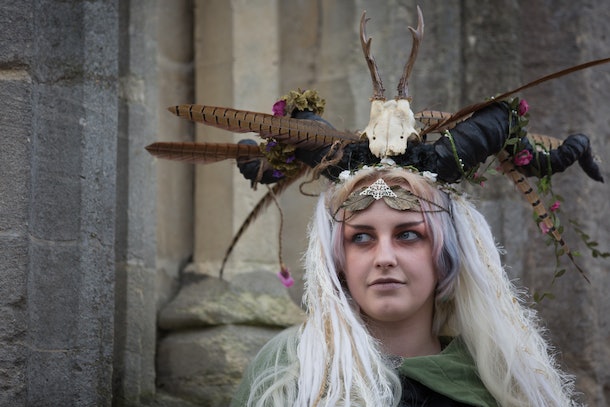 From sunset on Oct. 31 to sunset on Nov. 1, Celtic pagans from various traditions honor their deceased relatives by building bonfires, dancing, and baking loaves of Samhain bread, according to the Huffington Post. Considered a time when death and life draw closer together, the Celtic festival of Samhain is believed to be at the root of many American Halloween traditions, such as bobbing for apples or carving pumpkins.

According to Yahoo Lifestyle India, Pitru Paksha is a 16-day period dedicated to commemorating your ancestors. While the event generally happens before American Halloween, it’s based on the Hindu lunar calendar, as per the Indian news channel News18, so it takes place on slightly different dates each year.

Along with sticking to a strict vegetarian diet during this time, celebrants also make sure to avoid anything that seems like a new beginning, such as buying and wearing new clothes, washing your hair, and shaving. Per Yahoo Lifestyle India, to help them connect with their ancestors, Hindu people who follow Pitru Paksha traditions often clear their minds of negativity and "pay reverence to one’s ancestors with utmost sincerity and respect." 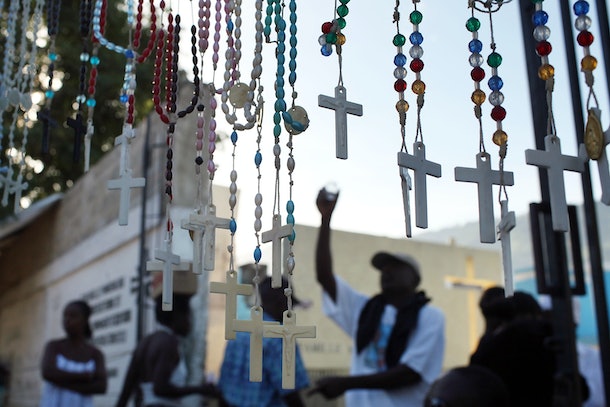 The Haiti Observer explains that on Nov. 2, Haitians celebrate the dead in keeping with Vodun (or Voodoo) tradition. While the outlet says that the day usually begins with a religious service and prayer, people soon put on black, white, and purple clothes, and often paint half of their faces white, with black around the eye. Celebrants gather together at the local cemetery to clean off the graves of their ancestors, oftentimes leaving food for the dead as well. After that, per the news source, comes a party — and who doesn’t love a party?