BLEEDING after sex can not only be a bit of a mood killer, but it might also leave you feeling a little alarmed.

But it's actually quite a common occurrence and it's understood most women will experience bleeding after intercourse at least once in their life. 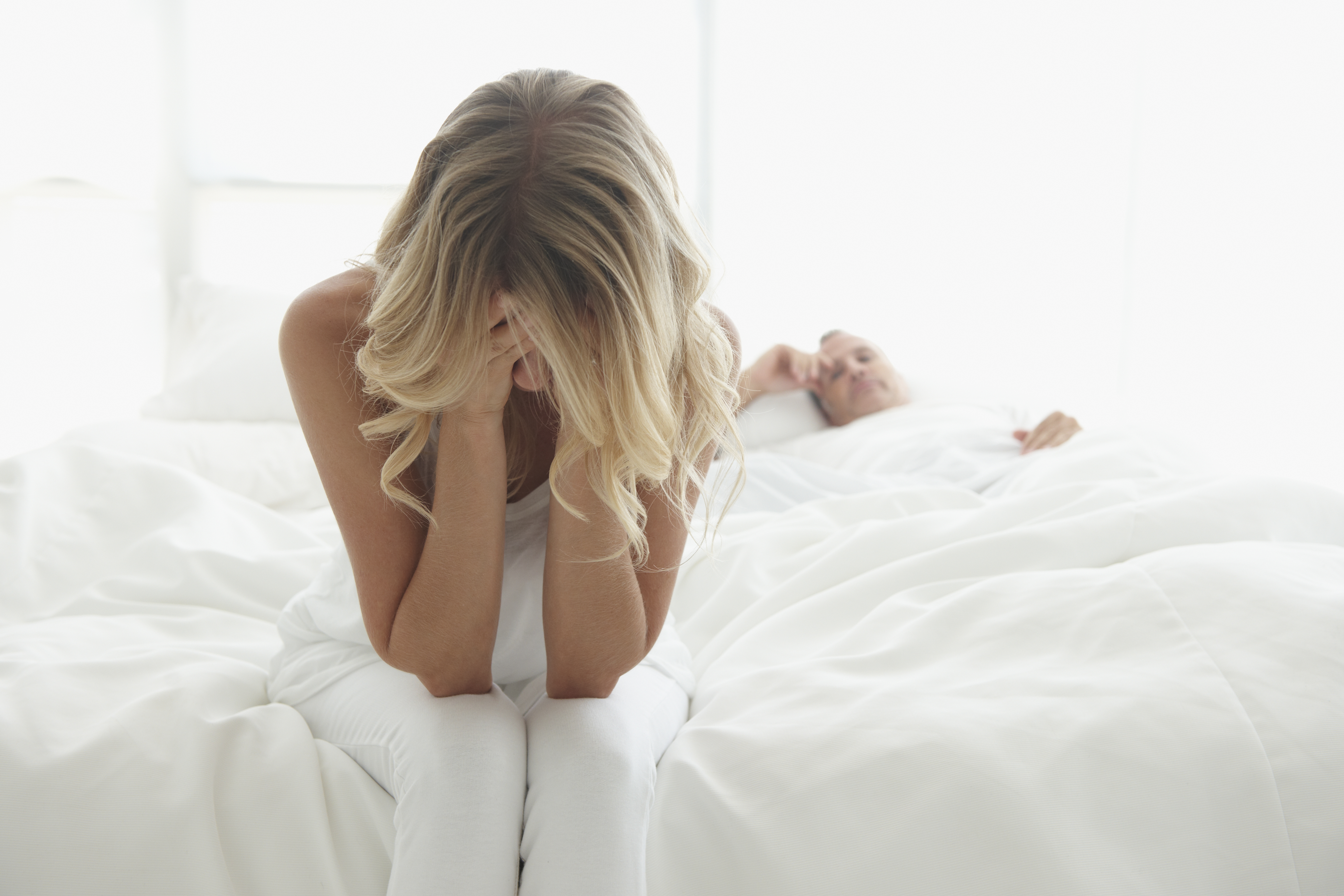 There are many reasons a women might bleed after sex, also known as "postcoital bleeding" by medics.

A one-off bleed post-sex generally isn't something to worry about, however there are times where it might be a sign that it's time to see a doctor.

Infections are easy enough to pick up, but there are a few that could be the cause of your post-sex bleeding.

One of which is pelvic inflammatory disease (PID), which is caused when bacteria enters the upper genital tract through the cervix.

The most common way to become infected is through unprotected sex with someone carrying a sexually transmitted infection (STI) such as chlamydia or gonorrhoea.

However, it can also occur when bacteria which normally lives in the vagina spreads to the organs higher up.

This can happen after childbirth or a miscarriage.

Sexually transmitted infections (STI), such as chlamydia, alone can also be the cause of bleeding after sex as they can make the cervix inflamed.

It means that penetration can irritate the vaginal canal, which can lead to bleeding.

For some women, especially those who have been through the menopause, the cause of bleeding after sex could be down to vaginal dryness.

As women get older, our bodies produce less oestrogen – the hormone responsible for regulating the female reproductive system.

When oestrogen levels are low it can do several things to the vagina, including producing less lubrication, so it can become dry and inflamed.

More commonly referred to as vaginal dryness it can mean that penetration can result in friction, which could lead to tears in the vaginal walls that cause bleeding.

Lower oestrogen levels also reduce the elasticity of the vagina so the tissues inside become thinner and shrink, which can lead to discomfort, pain and bleeding during sex.

Damage to the vagina, such as tears caused by childbirth, or by friction during sex could be the reason for your post-sex bleeding.

Vigorous sex can cause small cuts or scrapes to the vagina.

This is more likely to happen if you have vaginal dryness due to menopause, breastfeeding, or other factors, according to Healthline.

Polyps are noncancerous growths, which are usually harmless, and can sometimes be found on the cervix or in the endometrial lining of the womb.

They are small bulb-shaped growths that dangle like a round pendant on a chain.

If they are knocked or moved – such as during sex or foreplay – it can irritate the surrounding tissue and cause bleeding from the small blood vessels.

Polyps can be moved during a simple outpatient procedure so it's best to get this checked out.

Also known as cervical ectropion, this is when there is an inflamed area on the surface of the cervix, or the neck of the womb.

The name may sound alarming, but it doesn't mean the cervix is eroding and it often goes away on its own.

Sometimes, it can be caused by the type of birth control you're on, so it may be worth speaking to your doctor about your Pill.

Irregular bleeding, especially after sex, is one of the main signs of cervical cancer.

In fact, it was the reason 11 percent of women who were diagnosed with the disease first went to see their doctor.

Cervical cancer is generally called by HPV, which can lead to mutations in the cells in the lining of the cervix.

It's these abnormal cells which can cause bleeding after sex.

Dr Rachel Bowman, an assistant professor in the Department of Women's Healt at the University of Texas, told Insider: "If someone presents with the complaint of postcoital, or post-sex, bleeding, one of the first things we do is check their pap smear history and make sure they are up to date with cervical cancer screening."