The hot new Instagram trend has seen some of the world's most famous women – including Love Island's Olivia Bowen and Georgia Harrison, Louise Redknapp and Liz Hurley – strip to their bikinis for a snap as they sweat. 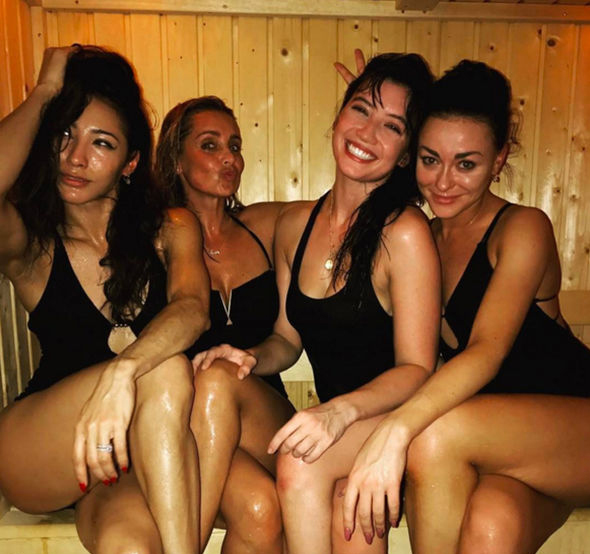 The women wore chic matching black swimwear in the pic taken at Glow Bar – a London-based sauna salon which claims to heat up muscles with less stress.

Karen and Luba were joined by fellow pro Janette Manrara in another sweaty shot as they posed on the traditional wooden benches.

Love Island's Georgia Harrison is another adopter of the steamy trend which sees stars share sauna selfies on Instagram. 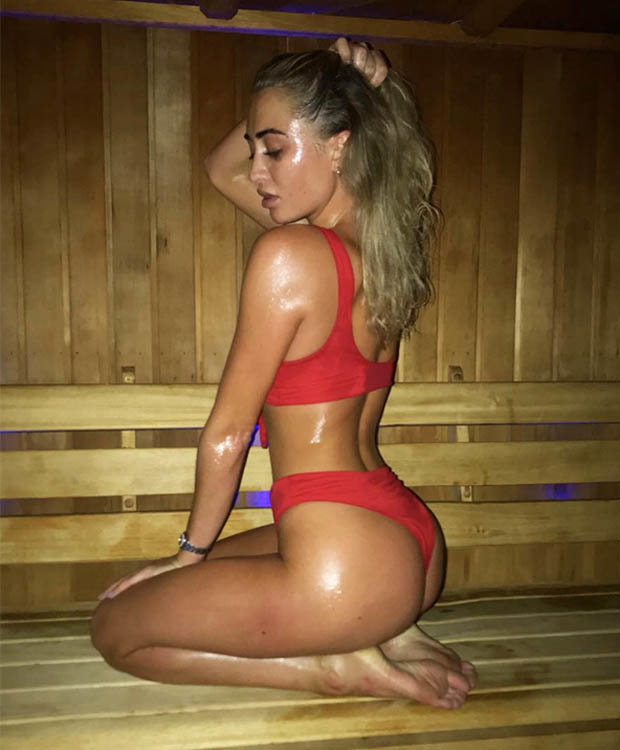 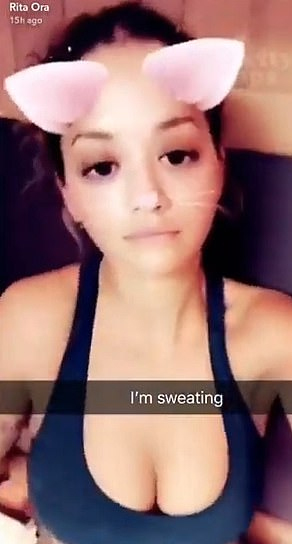 The reality TV star wore a red thong bikini during her visit.

Another star feeling the heat was Rita Ora who shared a sauna selfie with her followers.

Taking to Snapchat, the singer informed her followers: "I'm sweating."

Looking similarly immaculate, despite the humidity, was Elizabeth Hurley. 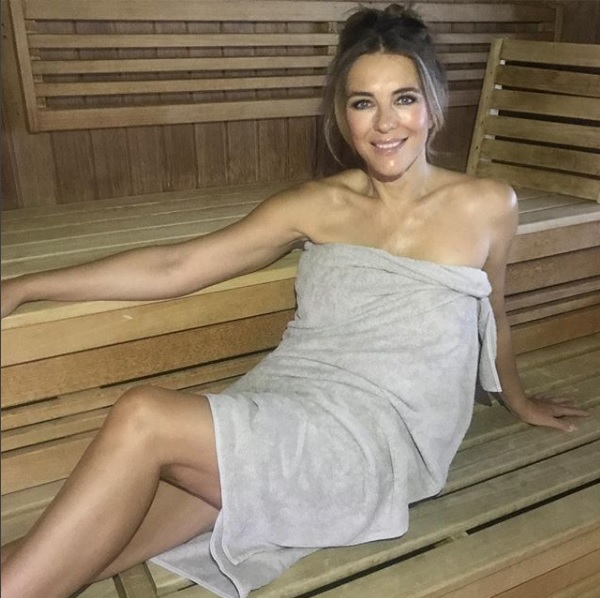 The actress posed in the sauna at exclusive Austrian wellness retreat, Viva Mayr.

Captioning the image, she wrote: "Four days into my detox at @vivamayr taking 'the cure'. It's brutal but I'm beginning to get my mojo back." 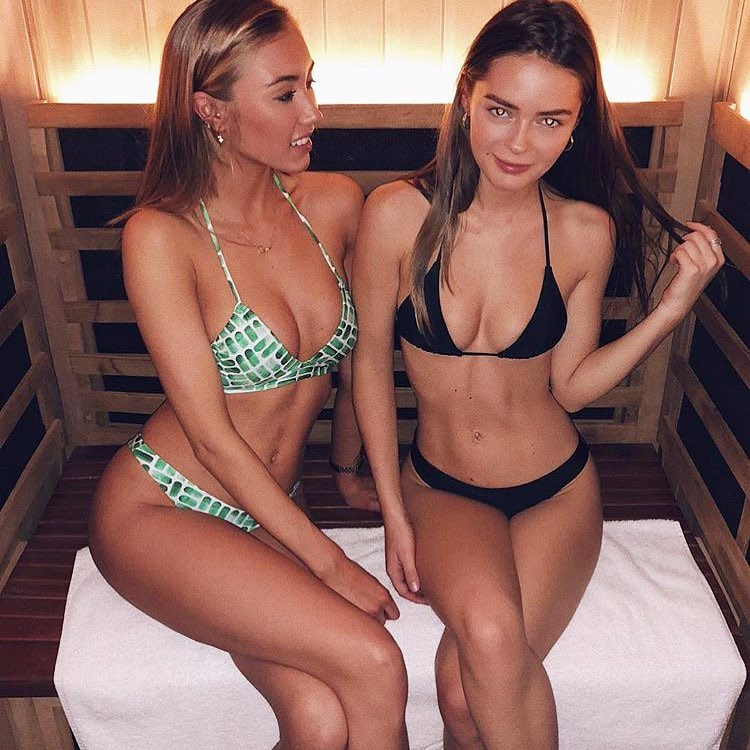 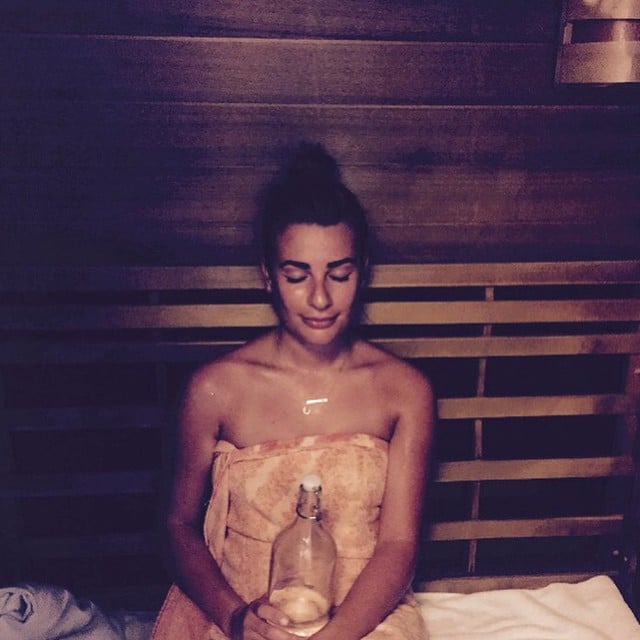 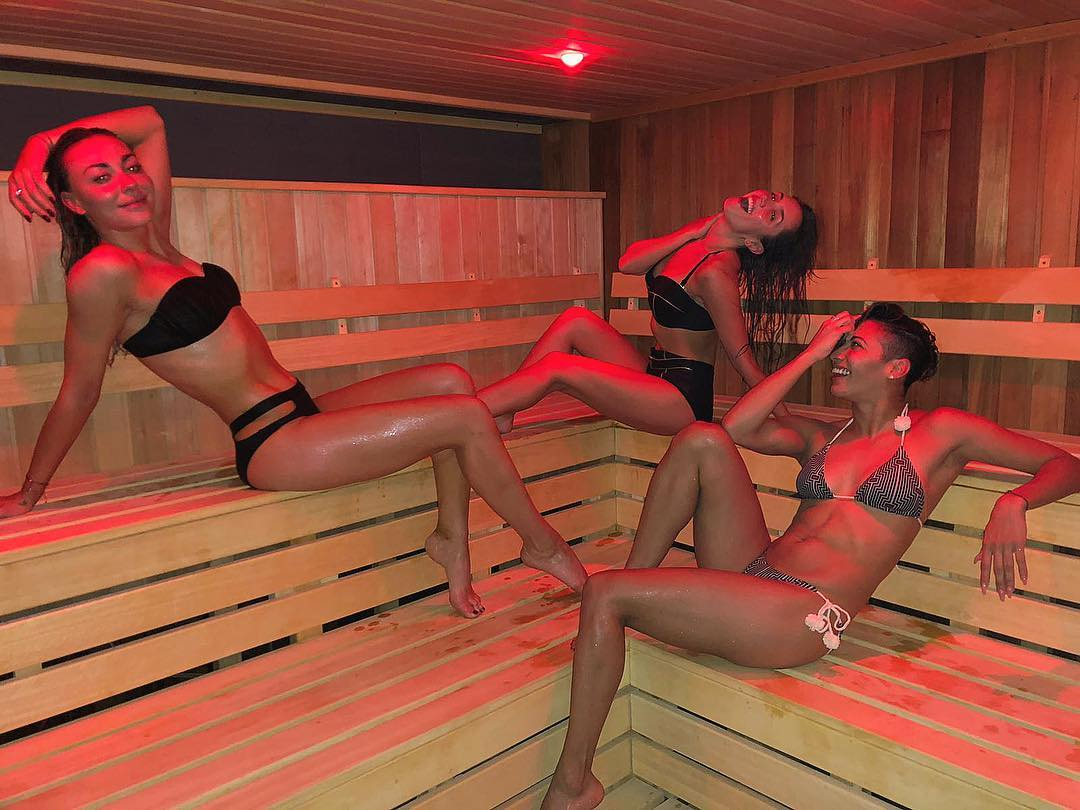 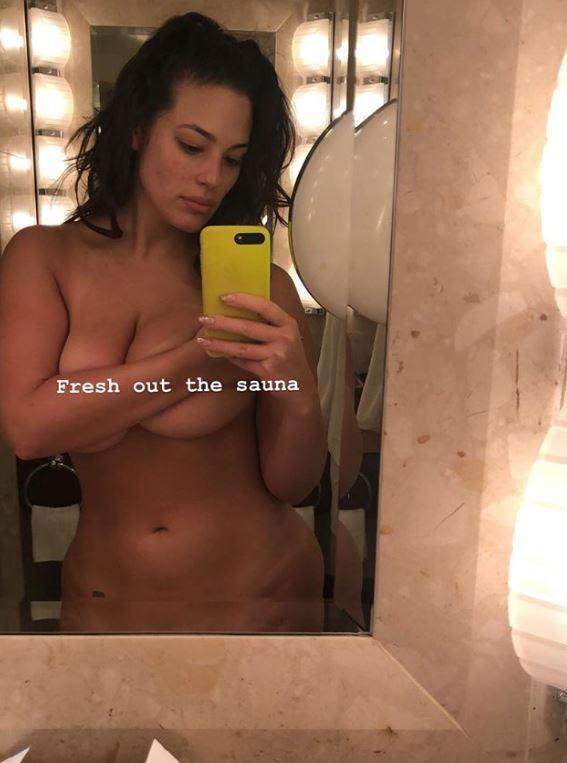 Made In Chelsea's Sophie Habboo and Melissa Tattam also visited the Glow Bar last month and took a sauna selfie.

Meanwhile, actress Lea Michele shared a rather relaxed sauna selfie where she appeared to be trying to cool off by clutching a bottle of water. 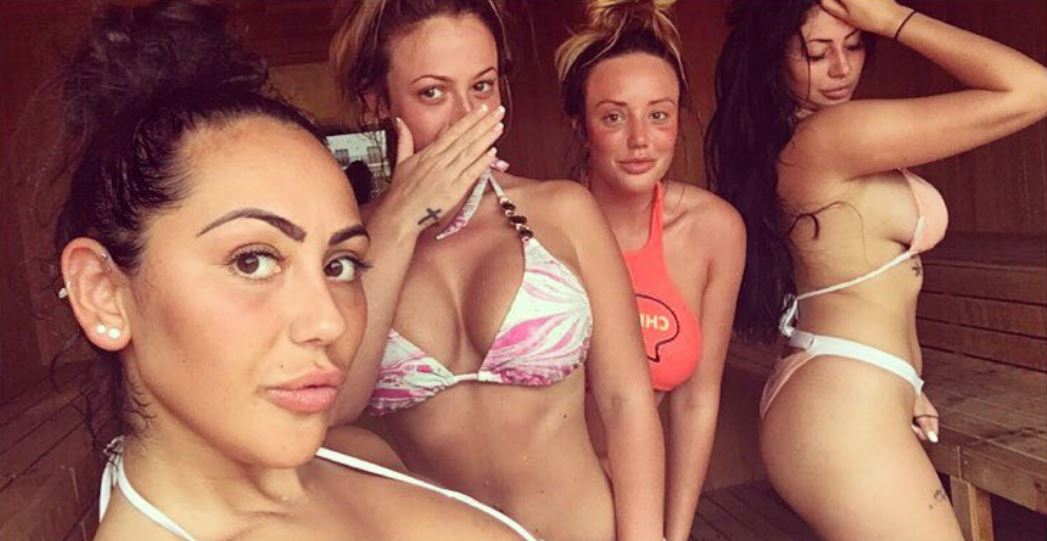 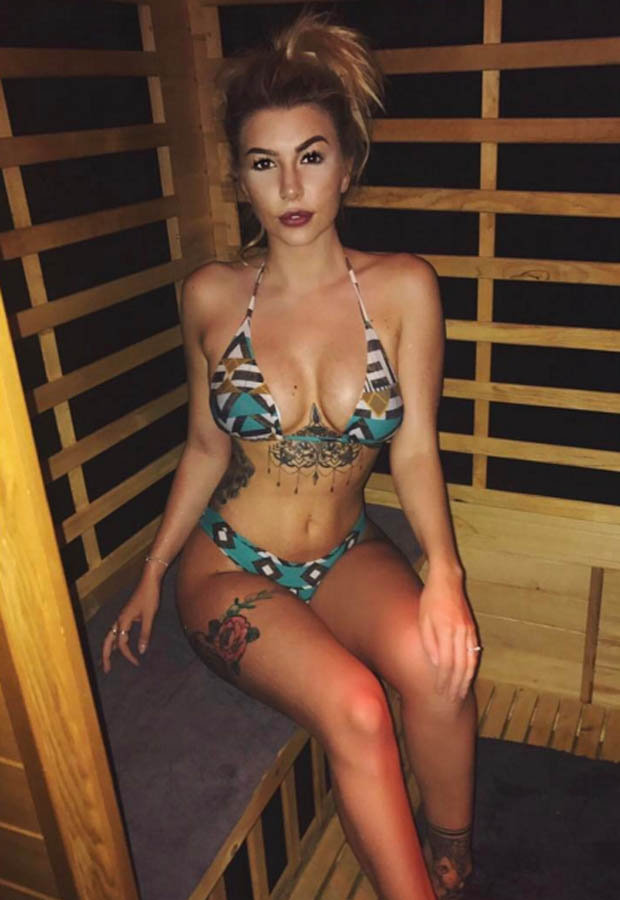 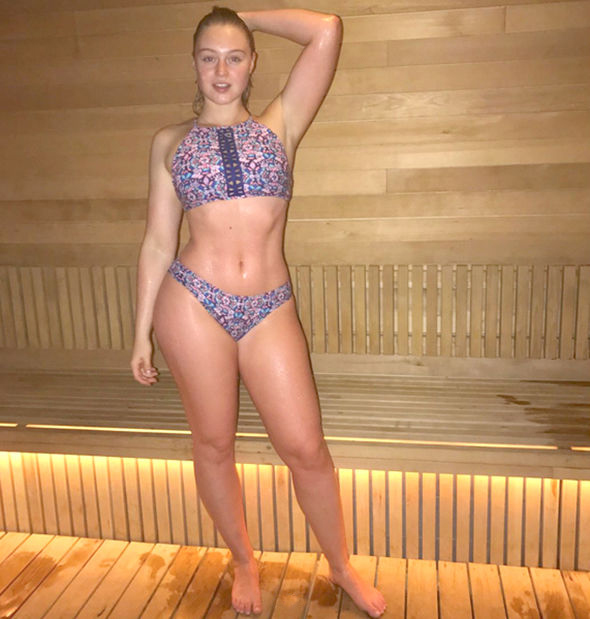 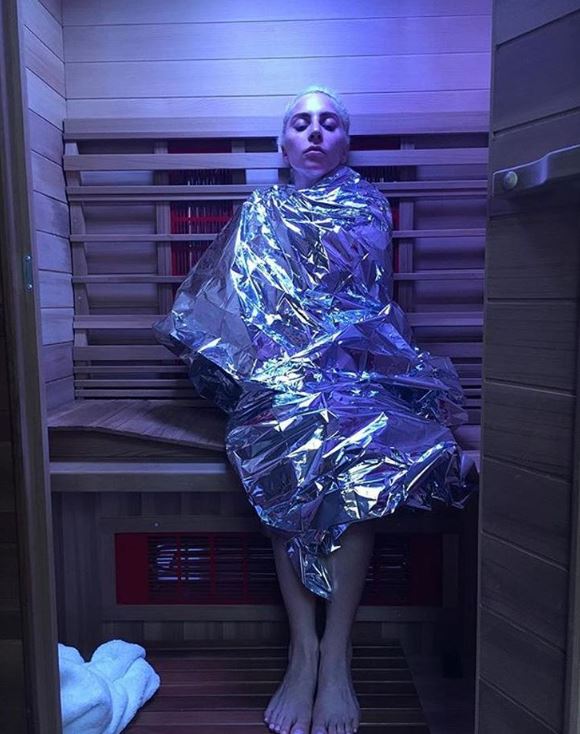 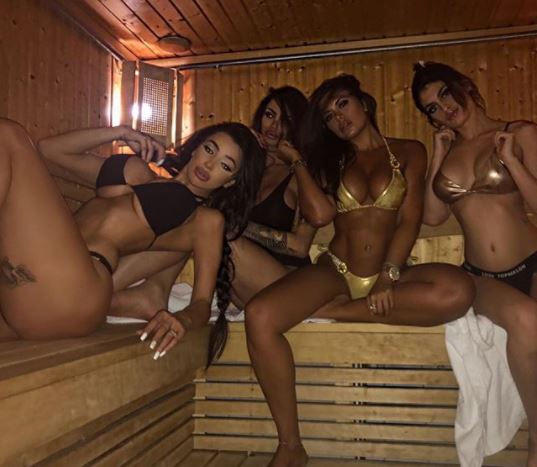 As did Love Island star Olivia Buckland and model Iskra Lawrence who each wore a pretty patterned two-piece.

Lady Gaga, in what was perhaps part of her pre-Oscars prep, wrapped up in a foil blanket for her sauna stint.

Another fan of the carefully-positioned sauna snap is Chloe Khan who posed up a steamy storm for her visit with pals.