The witchy Stevie Nicks is not only known for her chart topping albums, but also for her style. And there is one item in particular that is synonymous with the iconic ’70s artist: her shawls. Stevie Nicks has a shawl vault, underlining just how prevalent the accessory is in her wardrobe. If you look back to Fleetwood Mac’s concerts during the hippie era and beyond, Nicks is always draped while singing center stage. The fairy godmother of rock n’ roll would often wear a bohemian dress, accent it with a fringed shawl, and accessorize with layered necklaces or stacked bangles. Nicks inspired the bohemian look across the nation, making fringe and velvet the look du jour.

While times have marched on and the free-loving seventies made way for the skirt suits of the eighties, Nicks’ style lives on. And in a new interview with Rolling Stone, fans found out just how she stores her vast collection of wraps.

In the interview, Nicks reveals a series of facts about herself. The rock god is going back into the Rock & Roll Hall of Fame, this time as a solo artist. This makes her the first woman to be inducted twice, while there are already 22 male artists inducted twice. She’s writing poems about Anthony Bourdain, sees Harry Styles as the son she never had, and she loves wearing French corsets onstage.

But most importantly, Nicks shared where she hangs her stoles. The rock legend has a shawl vault, and the wraps are all in temperature-controlled storage. 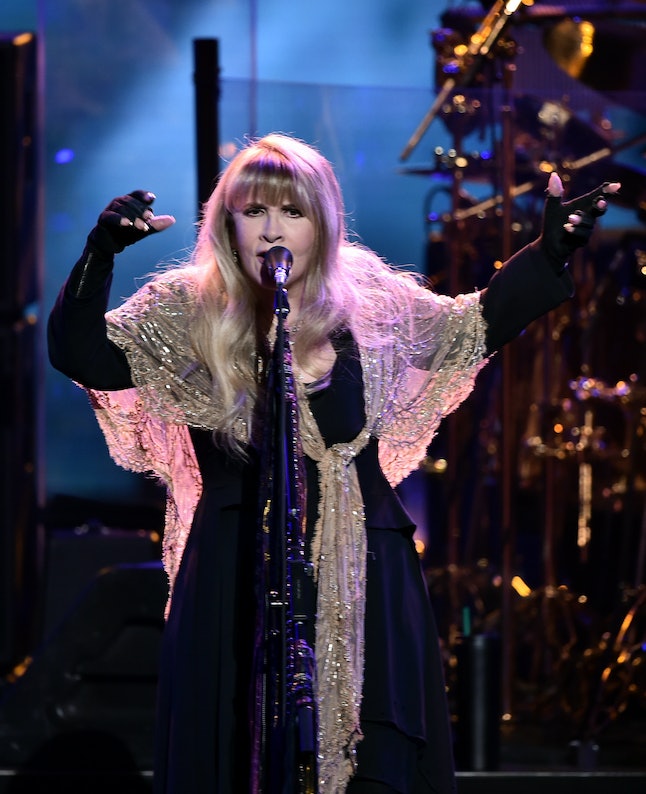 "I have these huge red cases Fleetwood Mac bought, all the way back in 1975 — my clothes are saved in these cases. All my vintage stuff is protected for all my little goddaughters and nieces," Nicks explains. "I’m trying to give my shawls away — but there’s thousands of them. If I ever write my life story, maybe that should be the name of my book: There’s Enough Shawls to Go Around." 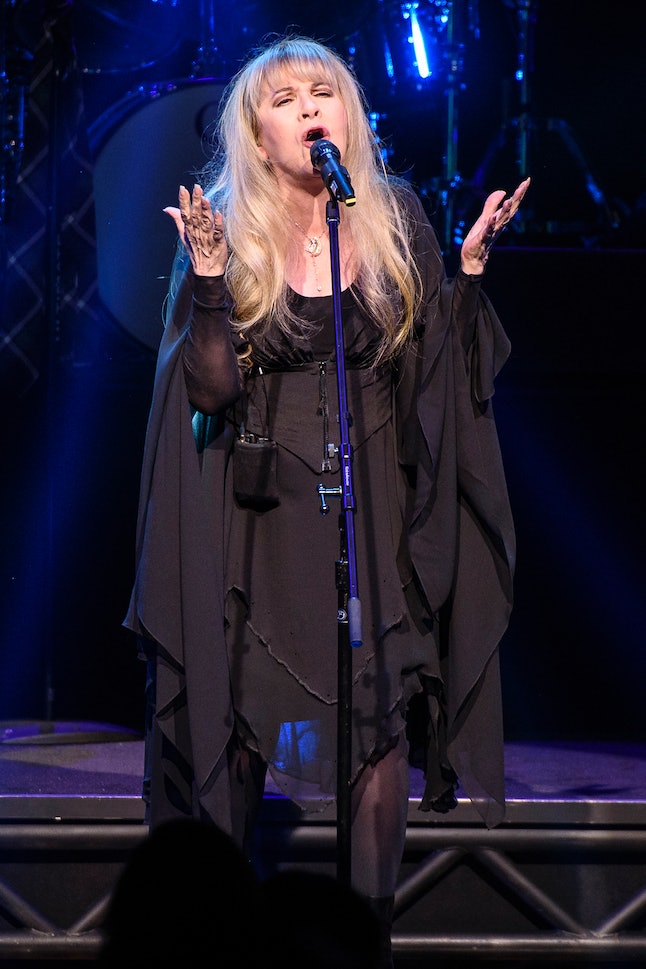 Another fashion tidbit that Nicks shared in the interview was that her style inspiration came to her early on. In sixth grade, Nicks was in a play as one of the two surviving women of the Alamo. In the production she wore a a black skirt, a black vest, a white blouse, and a black top hat. "It’s like I had the vision already. I knew what I would wear in 30 years," Nicks says.

Nicks also shared the transformative power of her iconic boots. "I don’t put the boots on until right before I walk up to the stage. But when my little foot goes into that boot, it is like Cinderella. All of a sudden I become me," Nicks shared. "I become six inches taller. I walk like an African queen. Halloween is my favorite day, but I never have to wonder: What am I gonna be for Halloween this year? A witch, of course. Wearing my Stevie Nicks clothes."