Privileged teen Yasmine, 19, whose parents are multi-millionaires, swapped her swanky pad in Chelsea to live in a council estate with a young family-of-four who scrape by on just £520 a month. 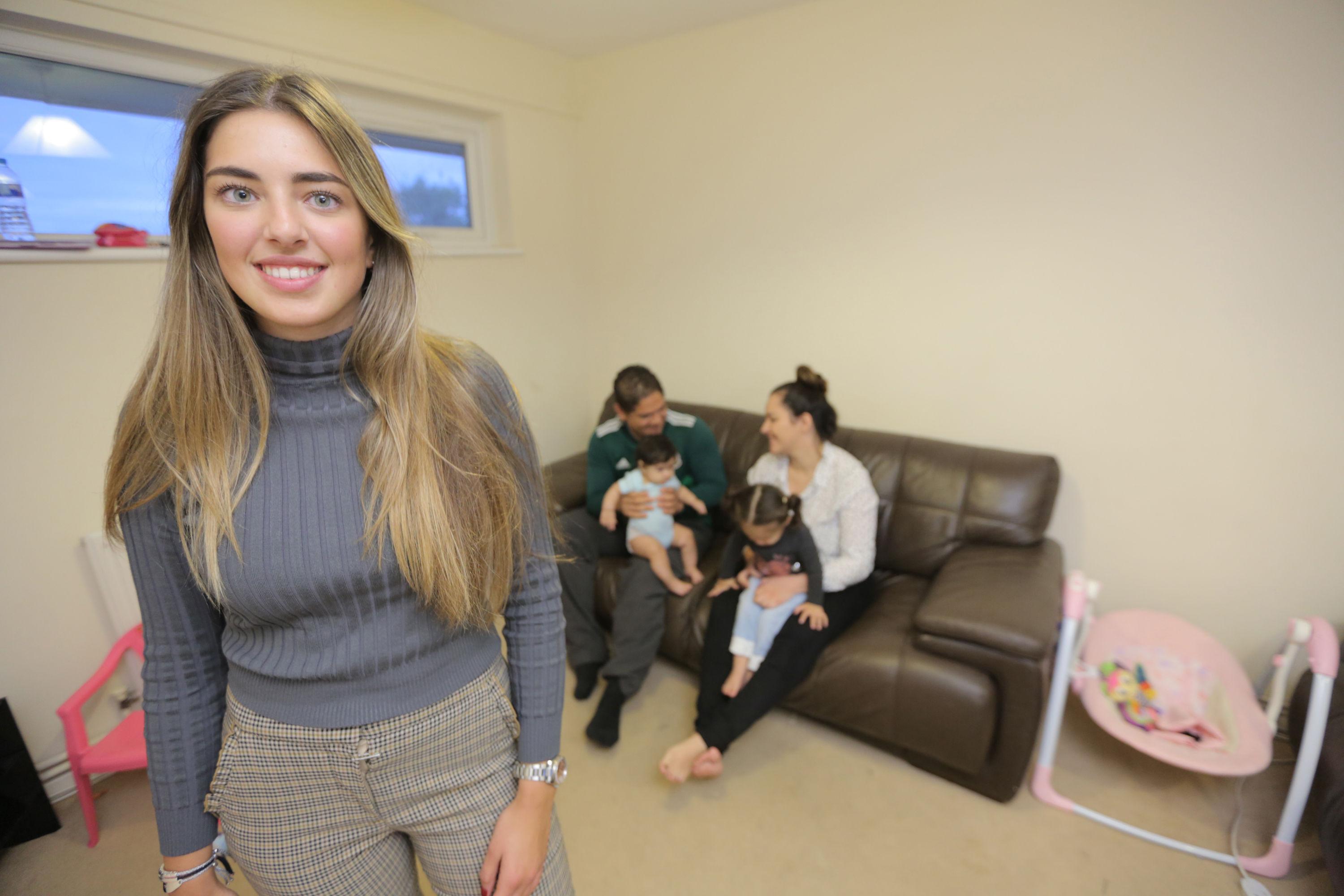 Privately educated Yasmine has never had to lift a finger around her luxury home, and gets a monthly allowance of £700 from her wealthy parents.

It’s no surprise that Yasmine gets a shock to the system on 5STAR’s Rich Kids Go Skint, when she goes to live with Sheila and Miguel and their two daughters, who are both under two years old.

Back home, the Rich Kid’s mum ensures all the laundry is done for her, and Yasmine is out of her depth with Sheila asks her to help out.

Holding a washing capsule and opening the detergent drawer, confused Yasmine, who has never done the chore before, asks Sheila: “That goes here doesn’t it?” 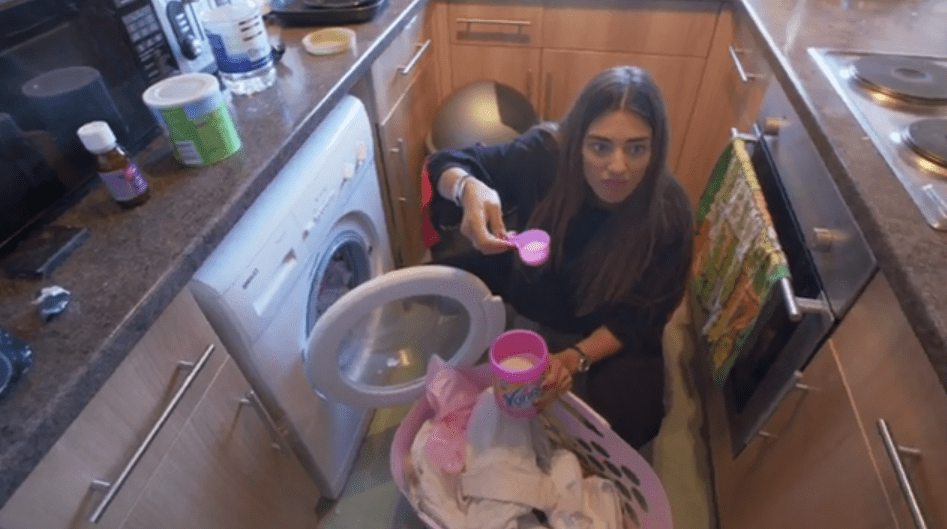 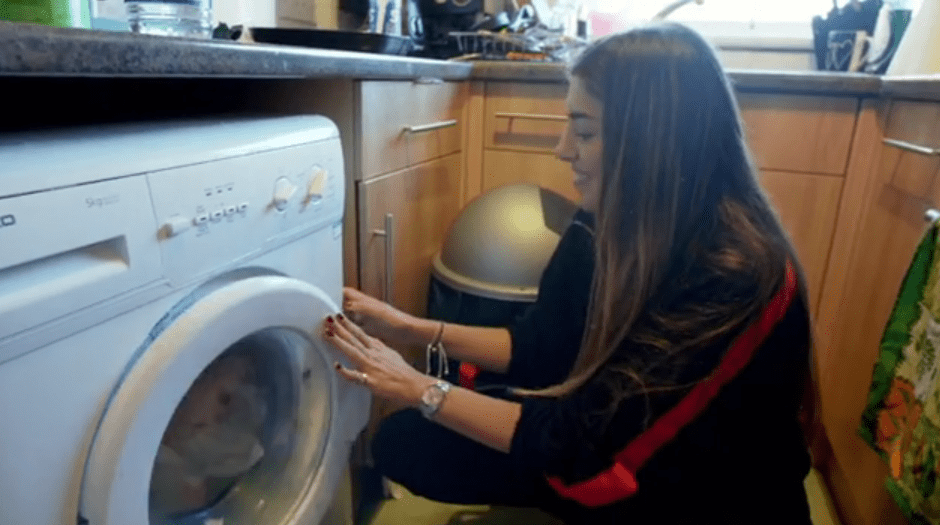 Baffled Sheila replies: “No it goes in the washing machine.”

Yasmine later admits: “I didn’t obviously say this as I didn’t want to seem silly or anything but I didn’t know actually how to use a washing machine. So now I know how to do it myself.”

Speaking to the camera privately, Sheila says: “I don’t think she does much of the washing. She said her mum does the most anyway.

“Maybe after this she’ll have learnt how to use a washing machine.”

Further lessons come for Yasmine after Sheila reveals how much the family have to sacrifice to stay afloat financially.

While Yasmine dines out at fancy London restaurants around three or four times a week and can plonk down £200 on a night out, Sheila’s family-of-four lives off £520 for the entire month. 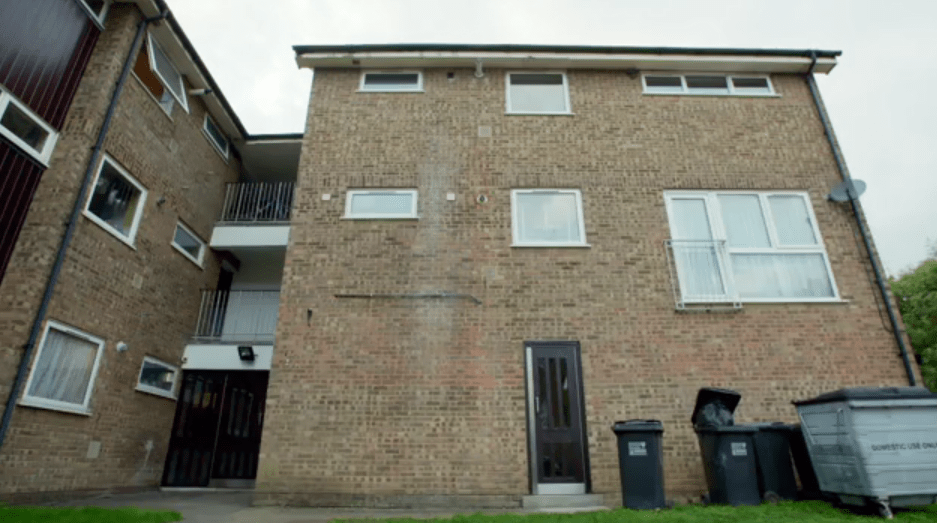 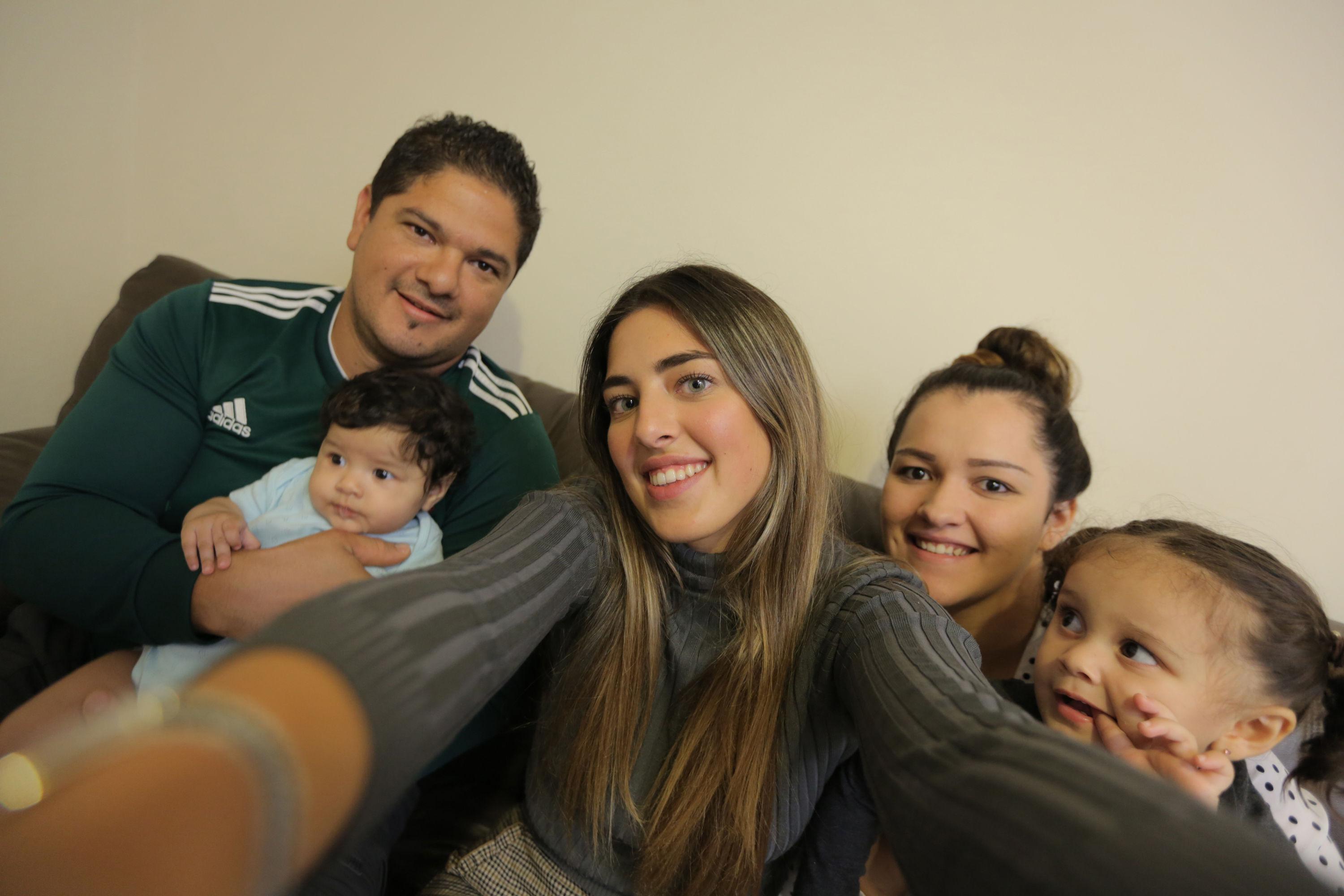 Sheila admits: “Not having enough money for us to live and buy things that we would like to, it does stress you out.

“Sometimes there are nights when I genuinely can’t sleep.

“There are months I have to choose who I am going to buy for. Which obviously is always first my girls.

“But then it comes to the point when I’m really cold. I’m having to go cold in the street because I’ve decided to not buy a jacket because I can’t afford a jacket.

“Sometimes you have to suffer a little just to see your children happy.”

Shocked Yasmine, who got a Rolex for her birthday and has a wardrobe filled with designer bags, says she would find that amount hard to live off.

She says: “It kind of puts life into perspective. If you think about it, £520. It’s not a lot of money to live off for four people.

“If I was in their shoes I’d find it very difficult to live like they do.”

And it isn’t just the budget that is a contrast for the Rich Kid, and she says she isn’t impressed with the neighbourhood.

She says: “I personally don’t like the look of the outside of the houses round here. They are all brown and beige and they all have white windows.

“Around here I don’t see any restaurants or shops. I’m a mixture of emotions right now.”

And inside the flat isn’t much of a hit with Yasmine either, who comments: “It’s very plain like there’s not much furniture. You can tell the children have drawn on the wall.” 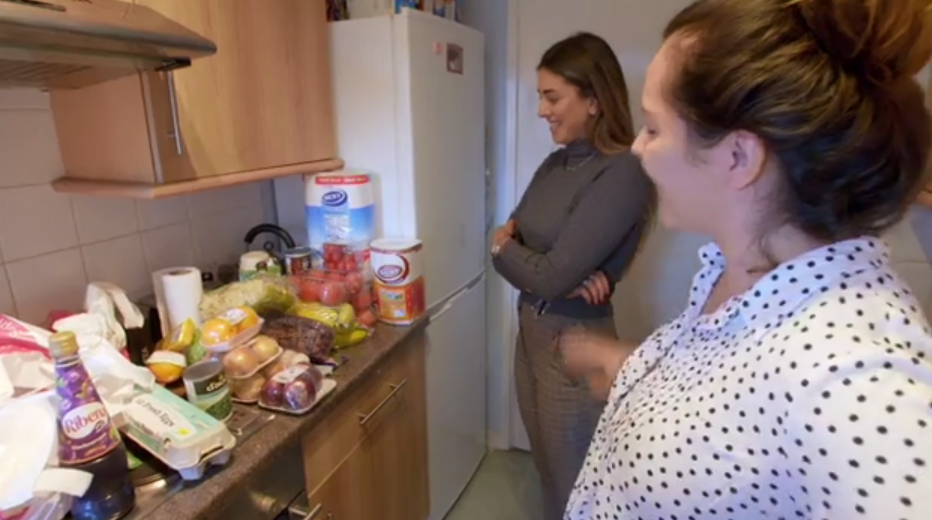 When Yasmine isn’t shopping on King’s Road or driving round in her convertible Mini with her dog Paolo, she likes to holiday around five times a year.

Typical holidays include being at her holiday home in Marbella or sailing around the  Greek Islands on the family’s very own yacht for a month in the summer.

Meanwhile Sheila lives on the breadline, doesn’t have a car and is forced to enjoy free activities with her kids in the local area. The mum-of-two, 24, said: “Being on a budget and having two daughters we have to find the cheapest or anything free to do with them. Sometimes we go to walks in the nearest park.

“Love is everything and money is a bonus in life.”

To give Sheila a break from the hardships of living off a meagre budget, Yasmine takes her for a pamper session at a local beautician.

For Yasmine, going to the salon is a weekly occurrence, but Sheila admits she hasn’t got dressed up or been pampered in two years.

She says: “Not in the last couple of years. I just do them [my nails] at home.”

Shocked Yasmine replies: “Once or twice a week we dress up and go out somewhere.”

While Yasmine may be used to dining at the likes of Nobu and Bluebird, Sheila is keen to get her stuck in with buying the family’s weekly meals and cooking dinner.

She gives Yasmine £40 for the local shop, which has to provide meals for the entire family for seven days.

The pampered teen appears to struggle, and in a panic selects multiple packs of tomatoes as Sheila had previously mentioned she uses them in nearly every meal.

Yasmine says: “I don’t want to mess it up as they’ve given me their £40 weekly budget.

“It’s obviously difficult as I don’t know what they like, I’m only going off what I’ve seen them eat.”

Despite coming in under budget at £36.06, Sheila isn’t impressed when she sees the tomato-heavy haul.

The mum says: “I think she was missing the main part of a meal which was fish or chicken.”

Upset at Sheila’s reaction, Yasmine says: “I thought it was a bit harsh that she said I only bought tomatoes because of the dish I’m about to make when she said she eats tomatoes every day.”

The women did bond when Sheila tells Yasmine about how she left Mexico due to the violence there.

Sheila reveals: “Where I was brought up in the same neighbourhood, I’ve heard of a couple of children of people that I know being snatched.

“But here in the UK it is a lot safer. I feel very fortunate and lucky that my mum and my dad made the decision to bring us here.

“I don’t know what it would have been like bringing up my daughters there.”

Sheila’s tale was eye-opening for Yasmine and her life of leisure, and she ends up leaving a gift for the struggling mum when she leaves.

In order to give her more freedom, Yasmine gifts her 10 hours of driving lessons and a theory book.

Breaking down in tears, Sheila gushes: “It’s just a really thoughtful gift and I didn’t expect that at all.

So has the Rich Kid changed after her time seeing how the other half live?

Yasmine says: “From the whole experience I’m taking away how much I appreciate my lifestyle and my family and being able to see my family whenever I want.

“I actually like experienced being with such a young mum and I’ve learned how grateful I am for my freedom. They are quite trapped because they have two young children.

“I texted my mum to say how thankful I am for our life.

“I’m excited to be back home in general and seeing my mum and Paolo.”

We also revealed Rich Kids Go Skint star, 21, shocked single mum-of-three’s weekly food budget is SEVEN TIMES less than she spends on petrol – and that she doesn’t have a spare room for her to sleep in.

And we showed you Old People’s Home for 4 Year Olds leaves viewers in tears after it’s revealed 97-year-old Victor is having tests for cancer.