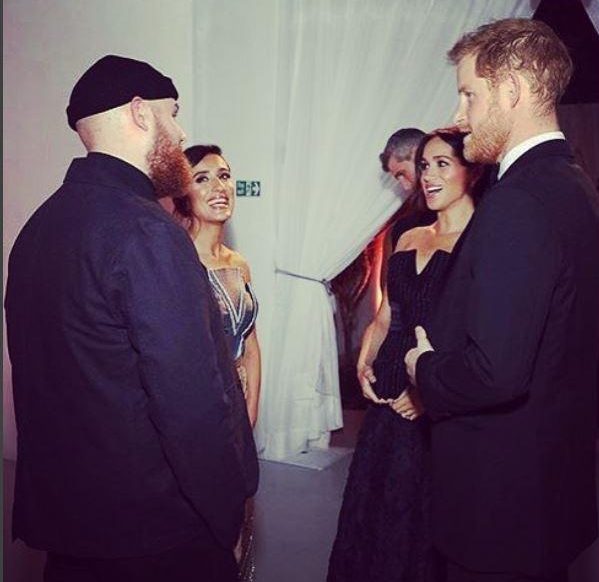 But the glamorous bash had been “kept under wraps” by Kensington Palace.

Pictures from from dinner aren't usually released to the public but performer Tom shared pictures from inside the party on his Twitter and Instagram accounts.

“Thanks to the talented @thatsingingbird from @wearefulleffect for joining me for my last song.” 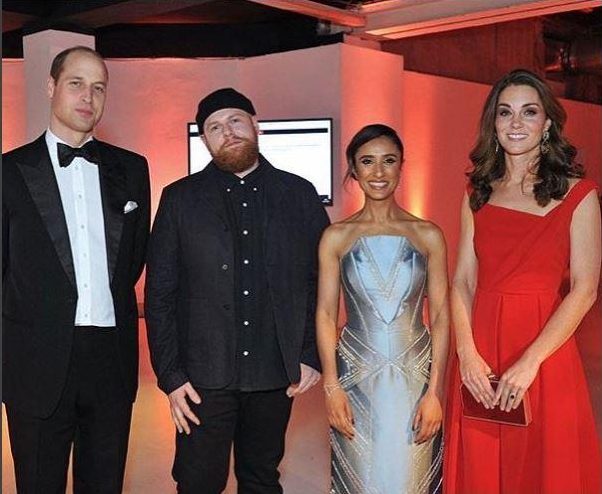 Tom is seen chatting to the Royal couples at the party and posing with the Duke of Cambridge.

Kate was wearing an elegant red Preen dress she had previously worn on her tour of Canada, continuing her new custom of recycling old outfits.

Meghan  – who is expecting a  baby in spring – wore a strapless navy Roland Mouret dress, which retails at £2195 and carried a navy UFO clutch. 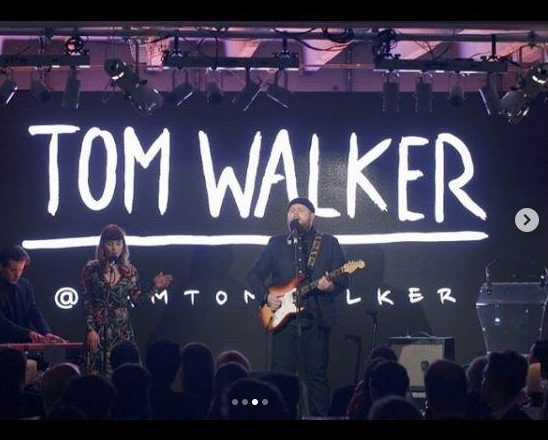 The foundation was set up by the two Princes in 2009 as a channel for their charitable work in many areas, including mental health, wildlife and conservation, young people and the armed forces.

Since their respective weddings, Meghan and Kate have also become patrons.

Earlier, we revealed the Duke and Duchess of Sussex had shelved plans to move into a Kensington Palace apartment because a senior Royal living there "didn't want to leave."

Prince Harry and Meghan are also said to have a charming cottage in the countrywhere they go on secret pub dates.

But where do Princess Eugenie and Jack Brooksbank live and is Ivy Cottage near Meghan and Harry’s home?