The daring looks caused quite a stir at London's Freemasons Hall yesterday, where models pranced around in outfits which showed off their nipples for the British designer's Autumn/Winter 2019 show. 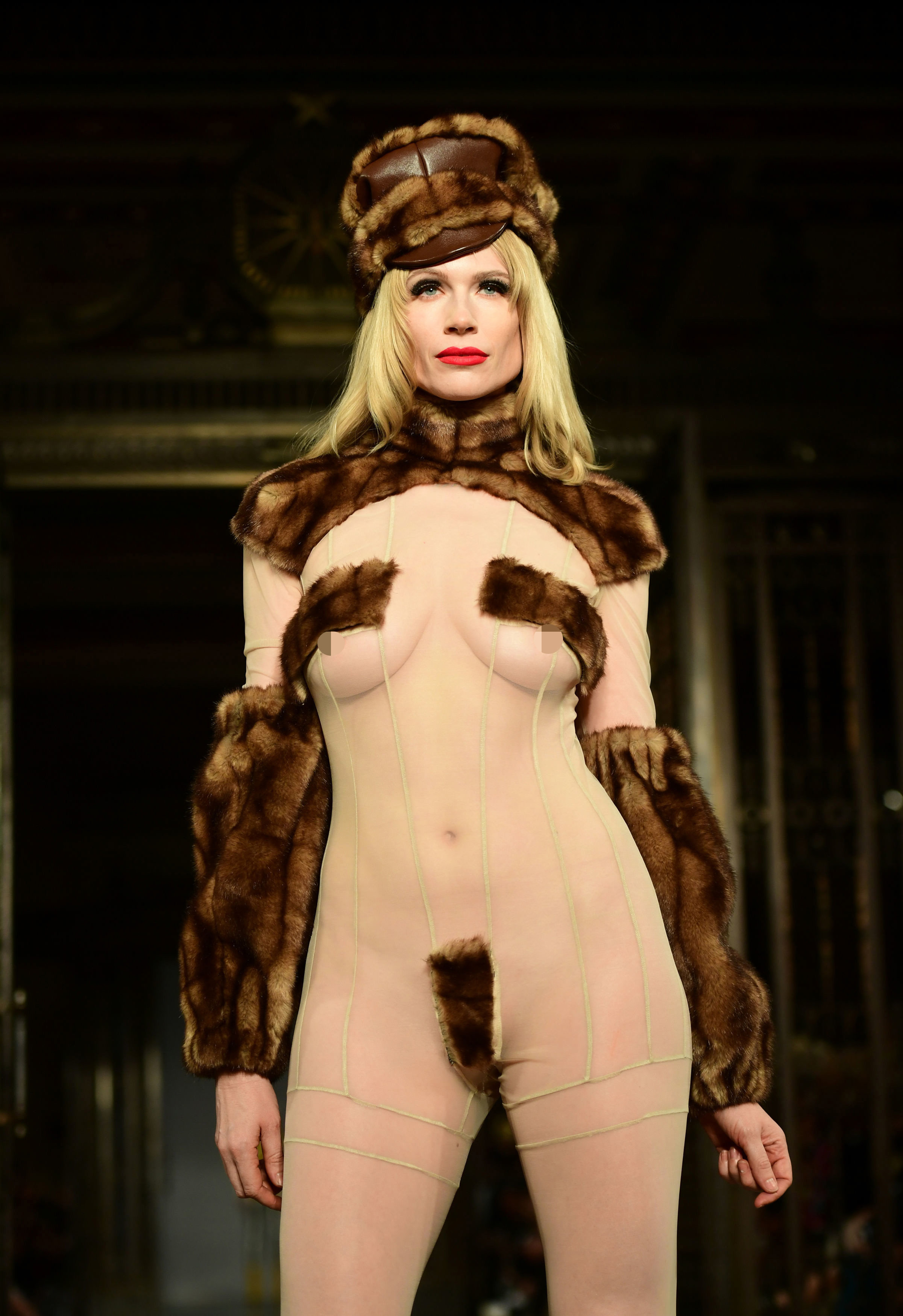 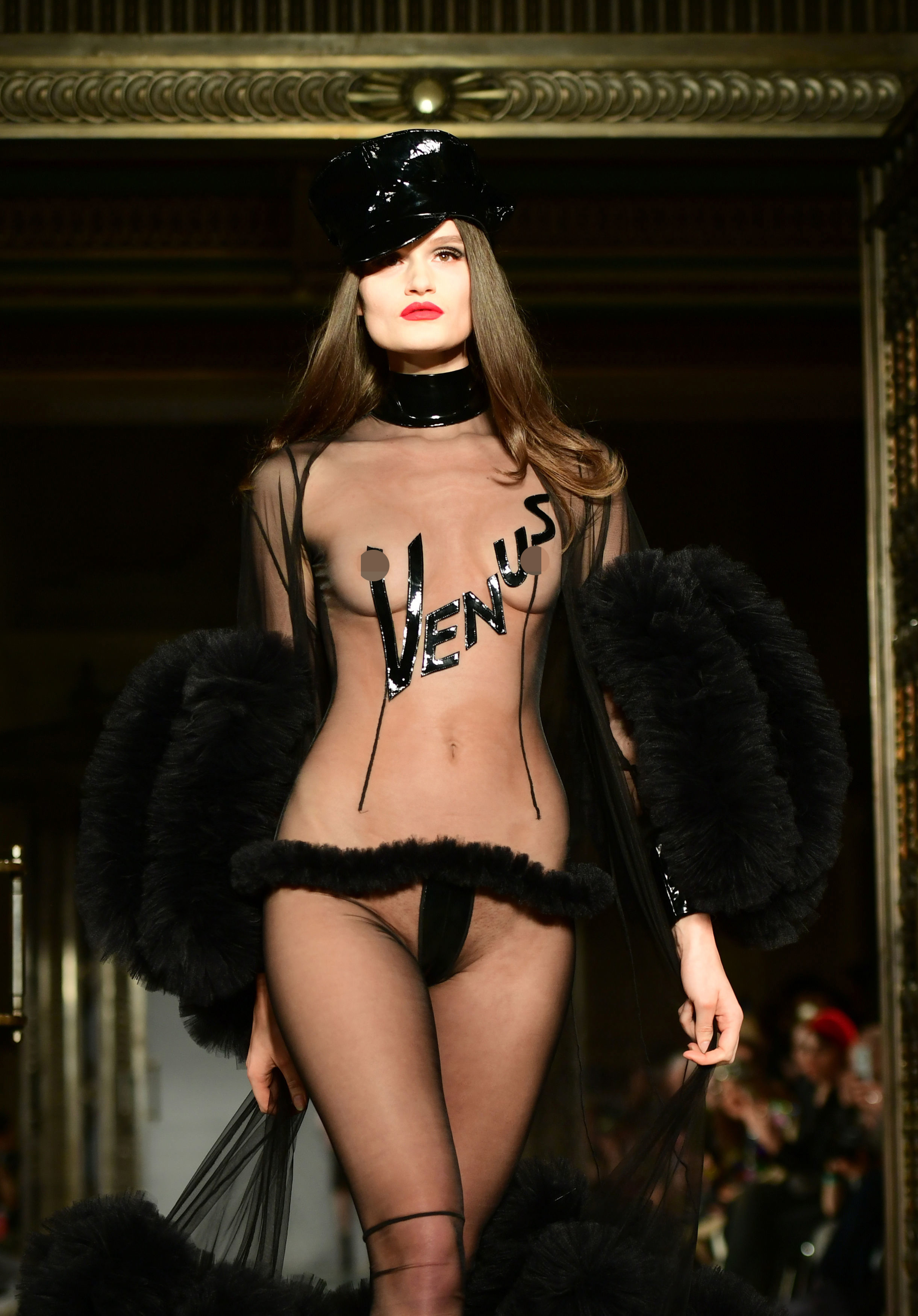 Some of the beauties saw their outfits adorned with strips of suggestively placed faux fur, which look like a 'landing strip' bikini wax.

Men are from Mars and women are from Venus, as the saying goes, and some of the models had nothing but the word 'VENUS' to protect their modesty.

While there was also a bondage theme to the catwalk, with models wearing black latex outfits and clutching whips.

Ray Winstone's daughter Ellie Rae, 18, and Brazilian model Alice Dellal, 31, who's modelled for Chanel and Agent Provocateur, were among those rocking risque outfits on the runway. 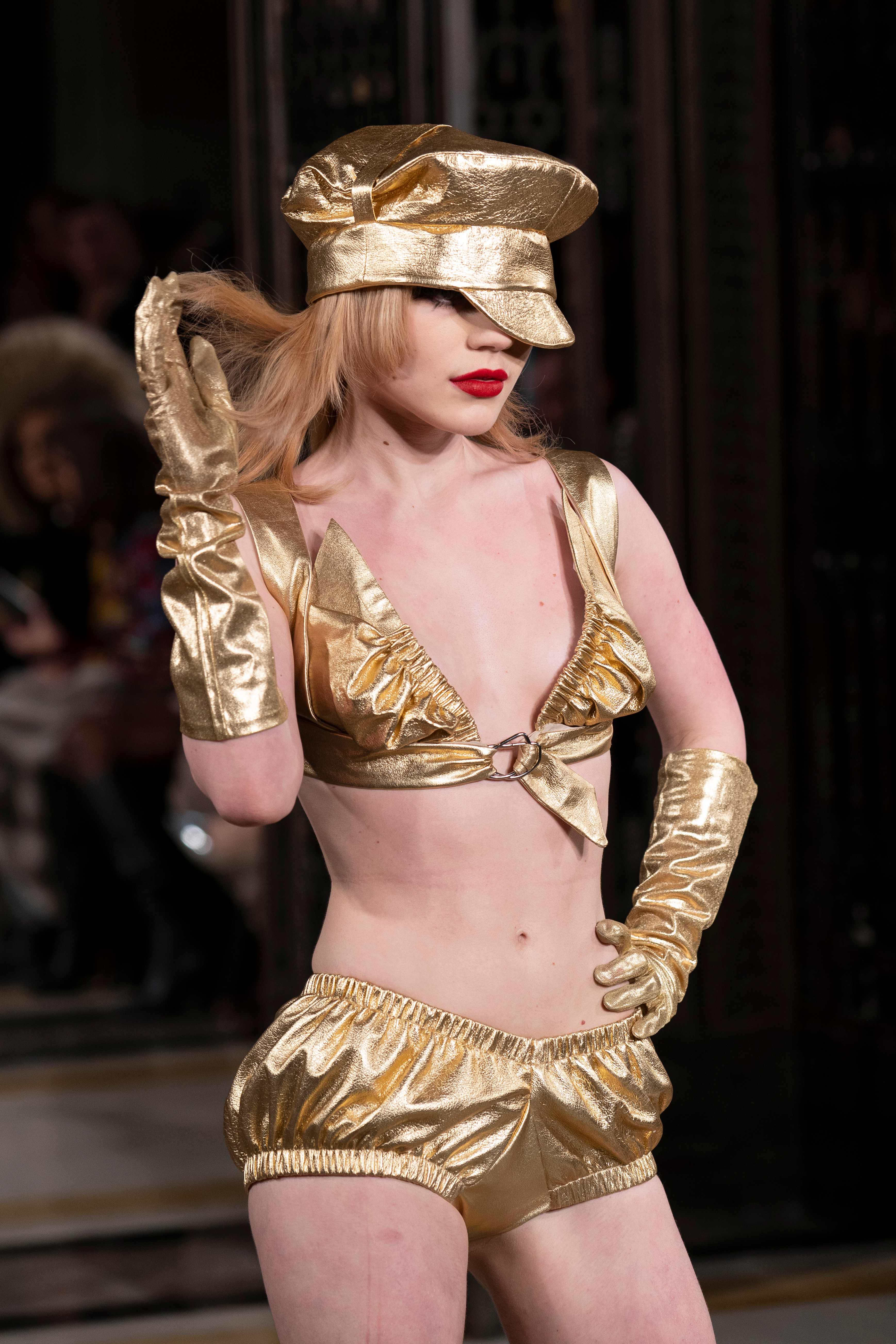 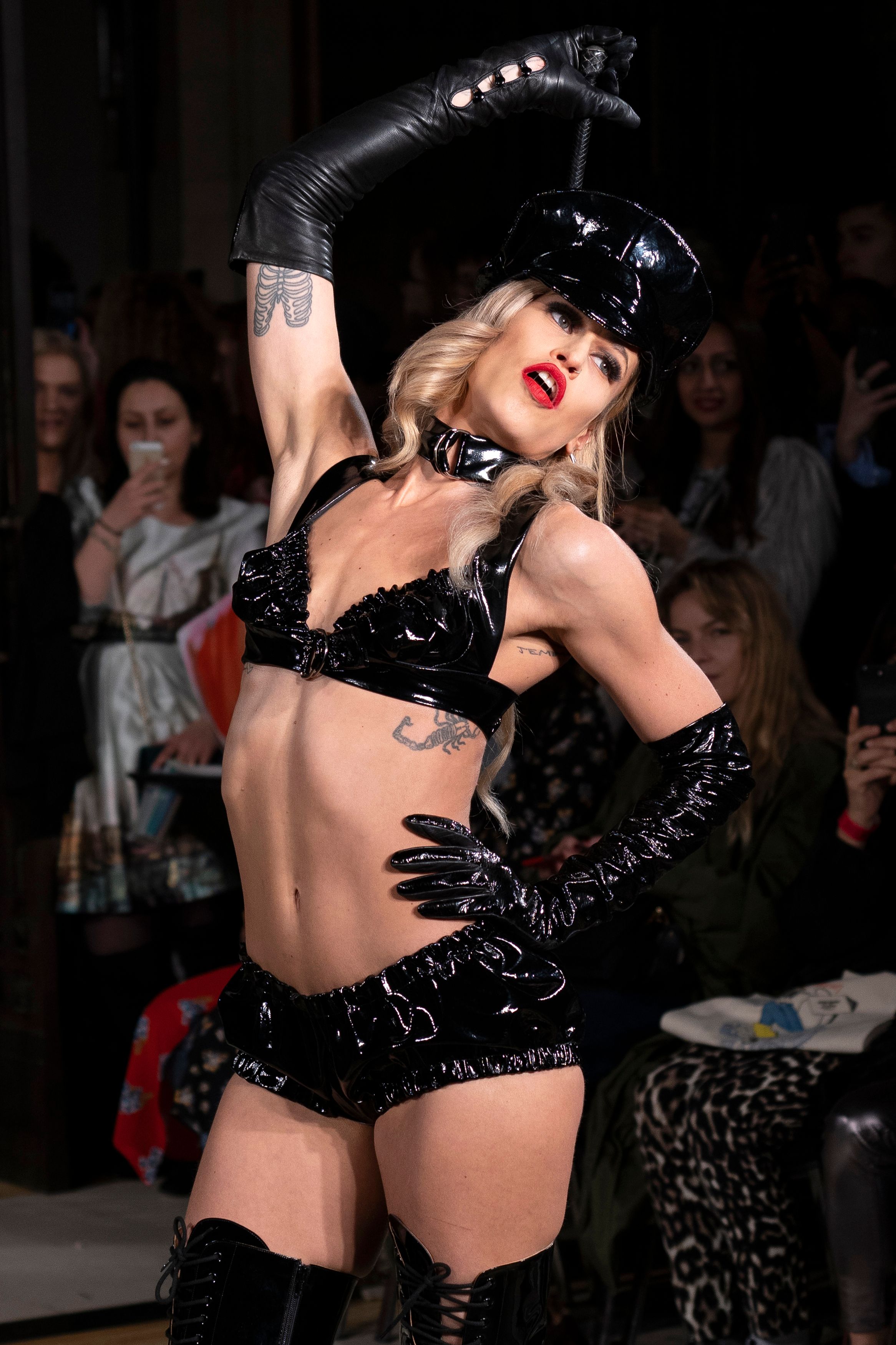 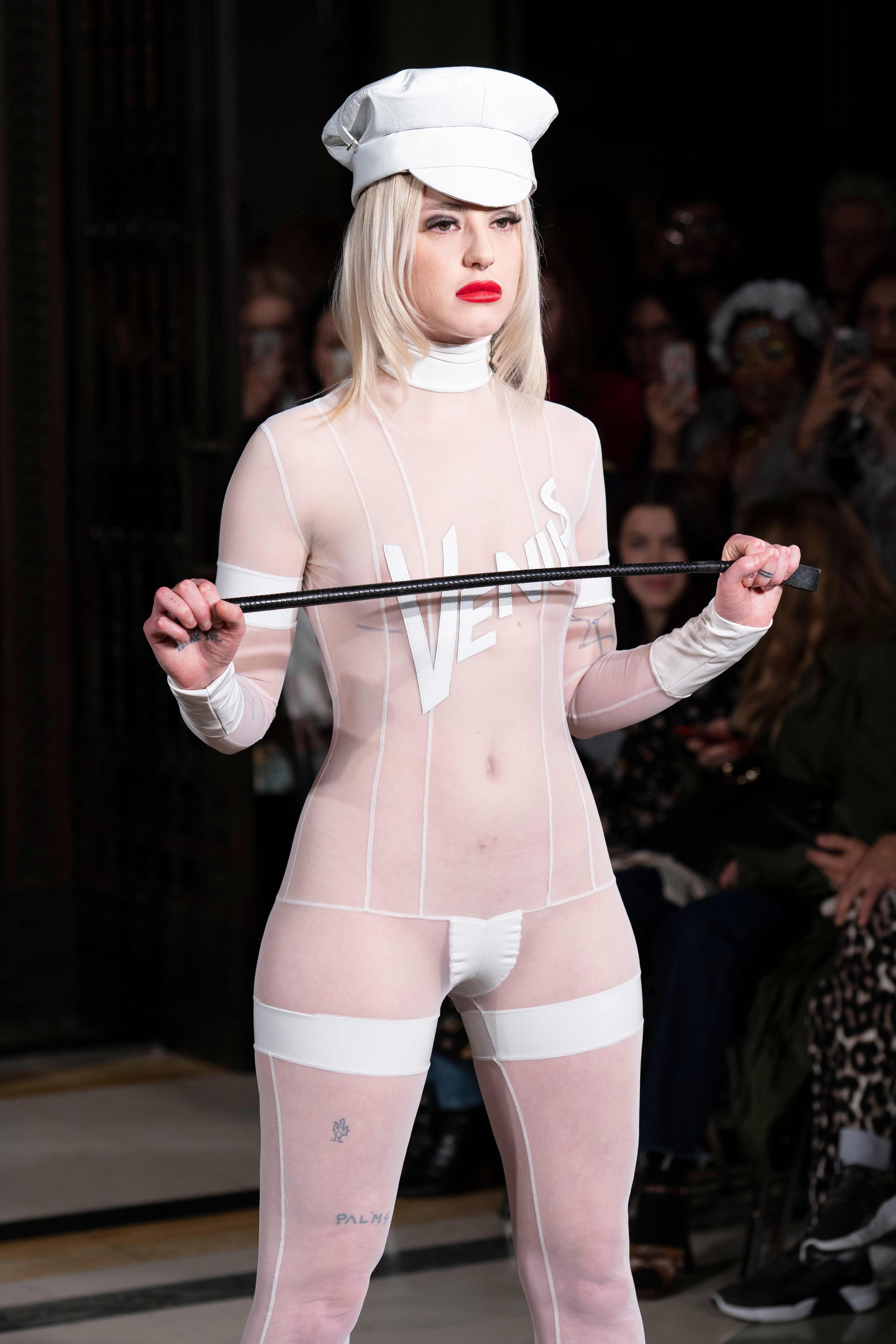 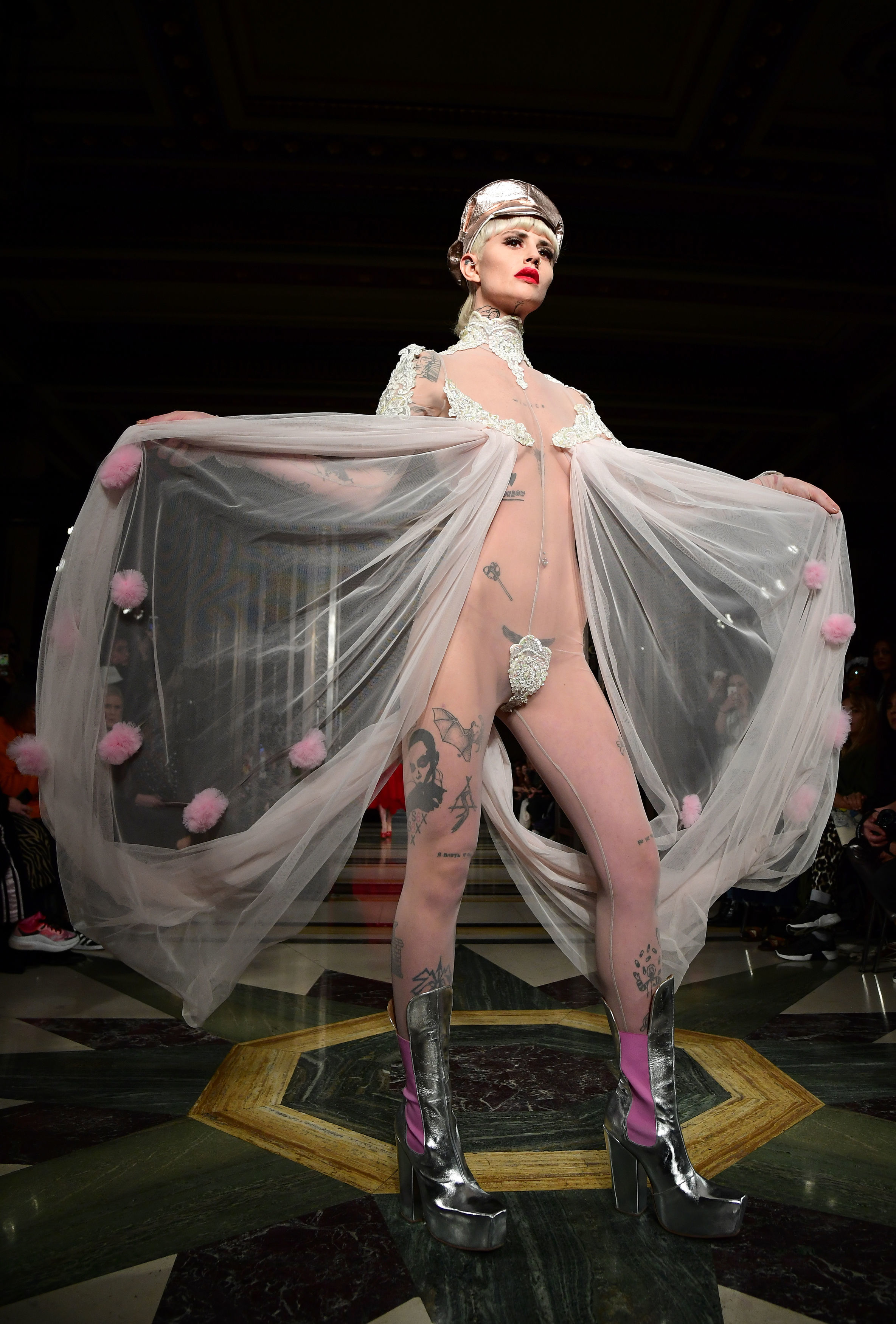 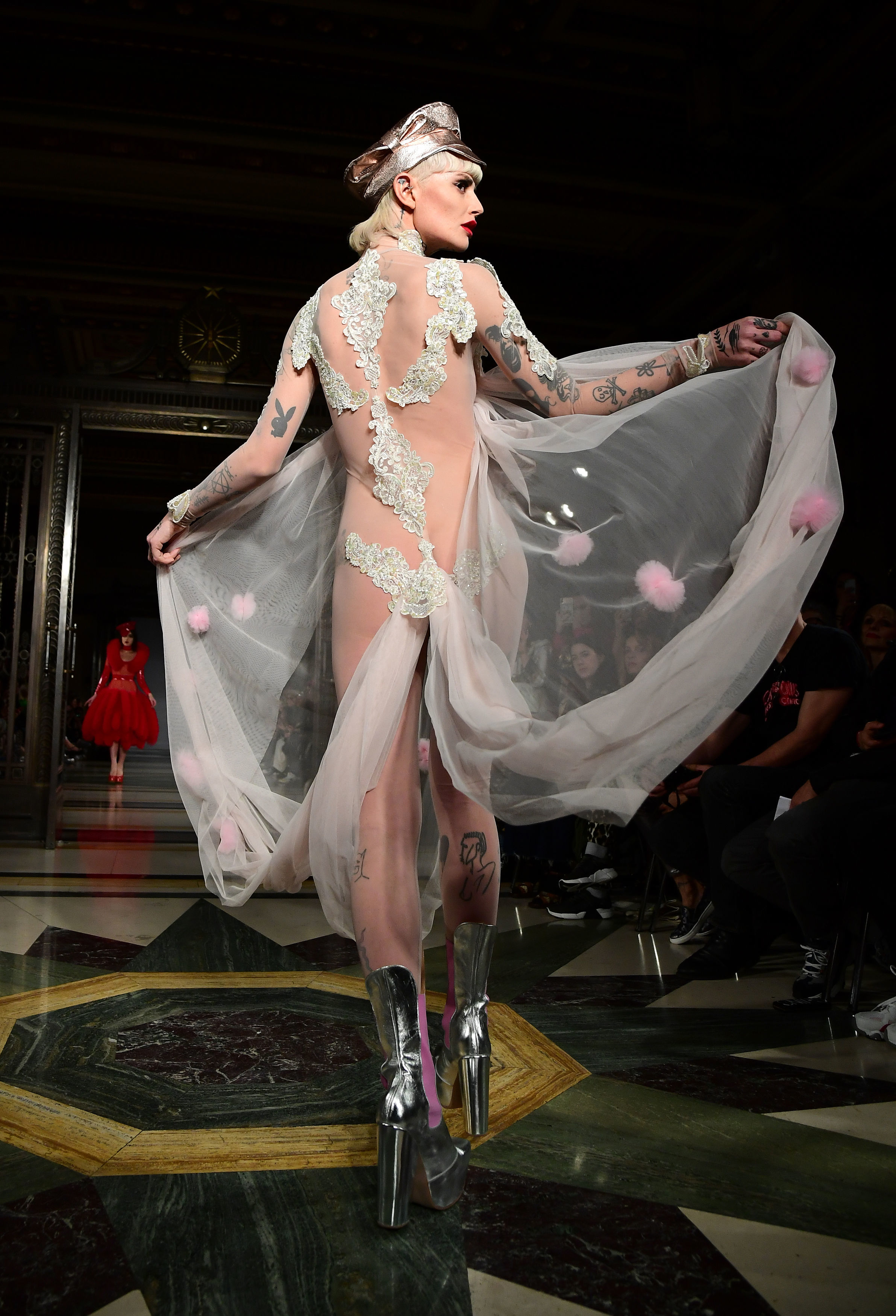 Scot Pam Hogg is one of Britain's top designers, who's known for her rebellious stance on high fashion.

And she's no stranger to provocative collections, as this ready-to-wear line highlights. 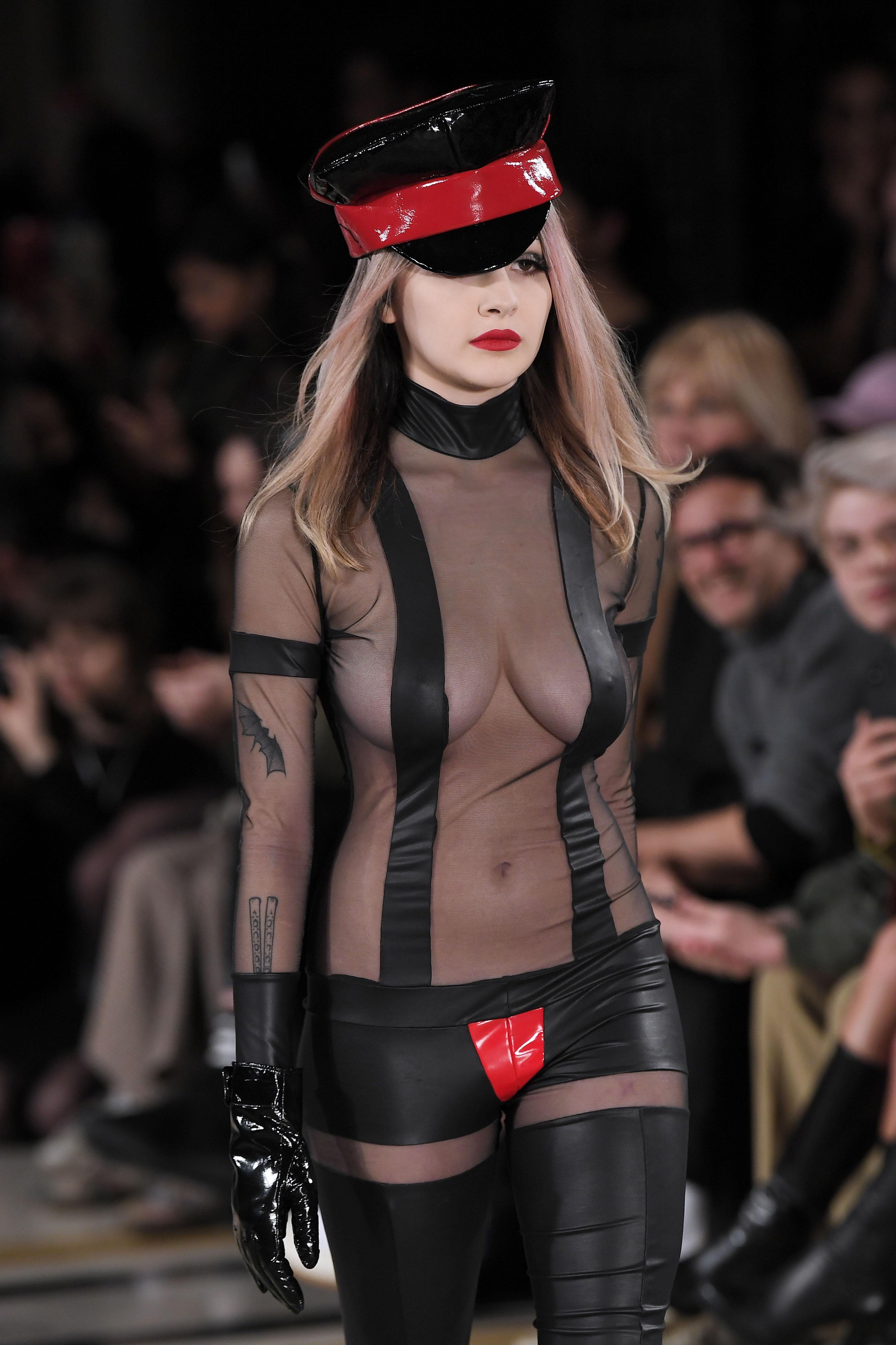 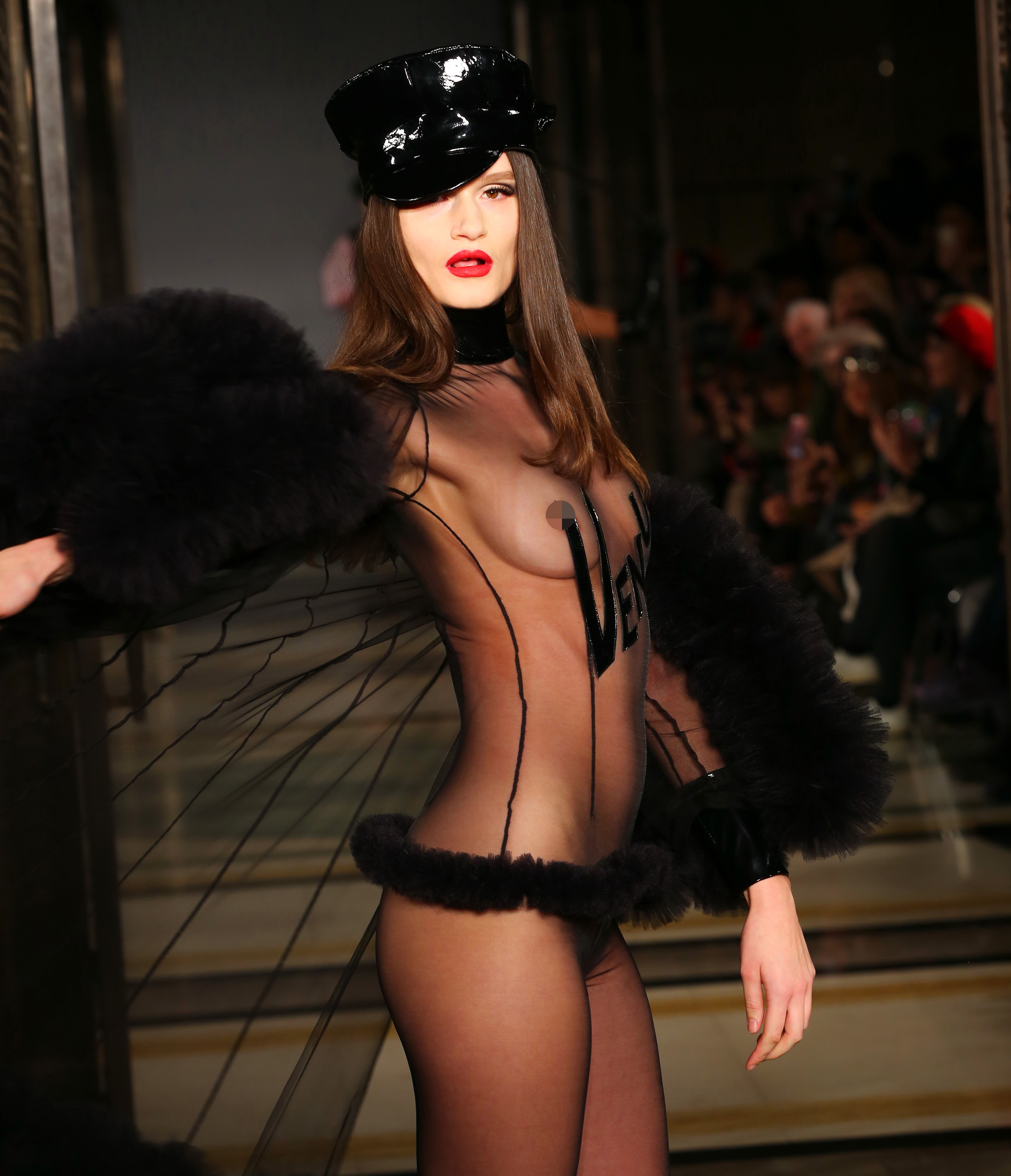 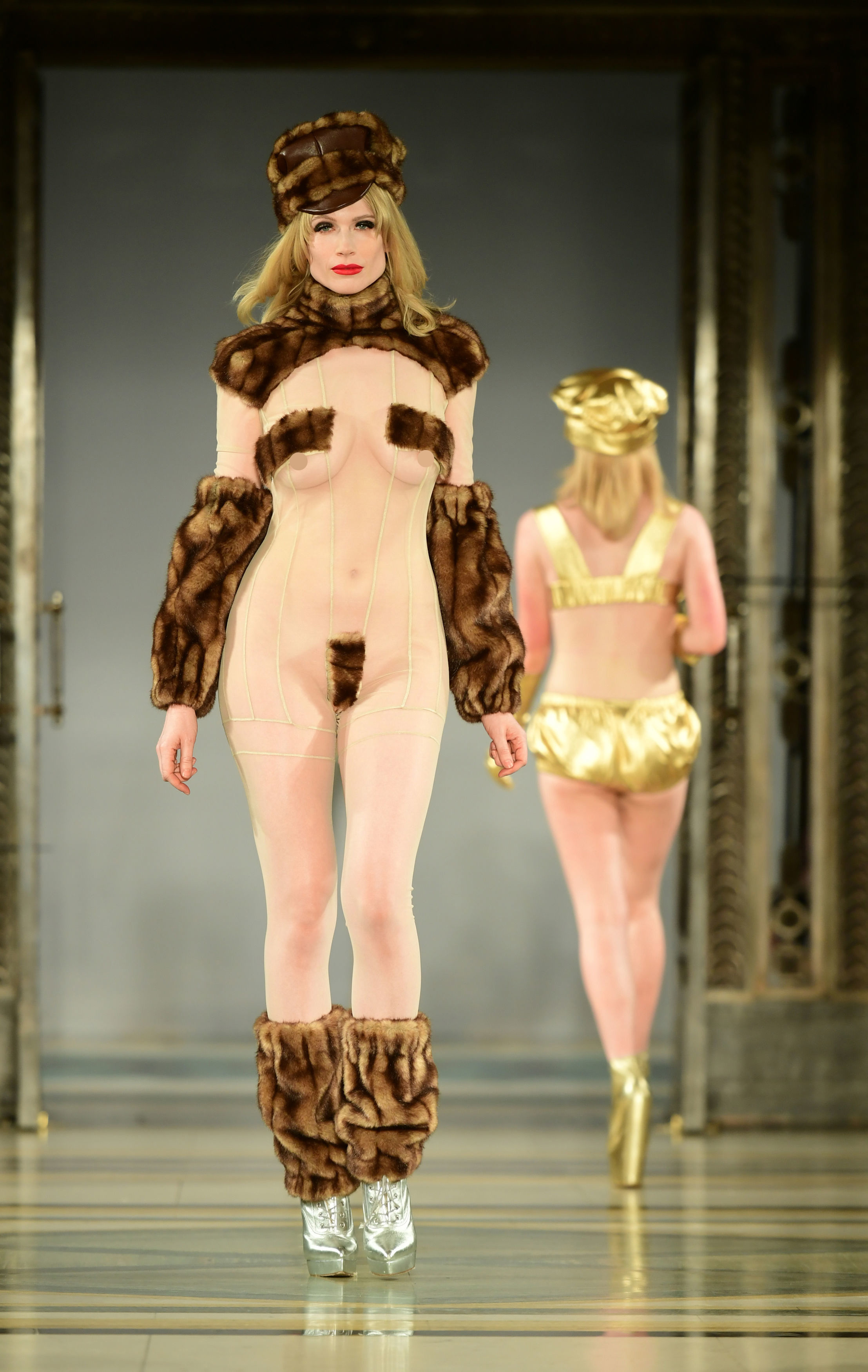 Love Island 2017 contestant Gabby Allen was among those watching the runway show, alongside her new boyfriend Myles Stephenson.

Singer Tallia Storm, 20, was also in the FROW – wearing an on-trend plastic see-through MAC – with fluffy trims and a pink leather underlay. 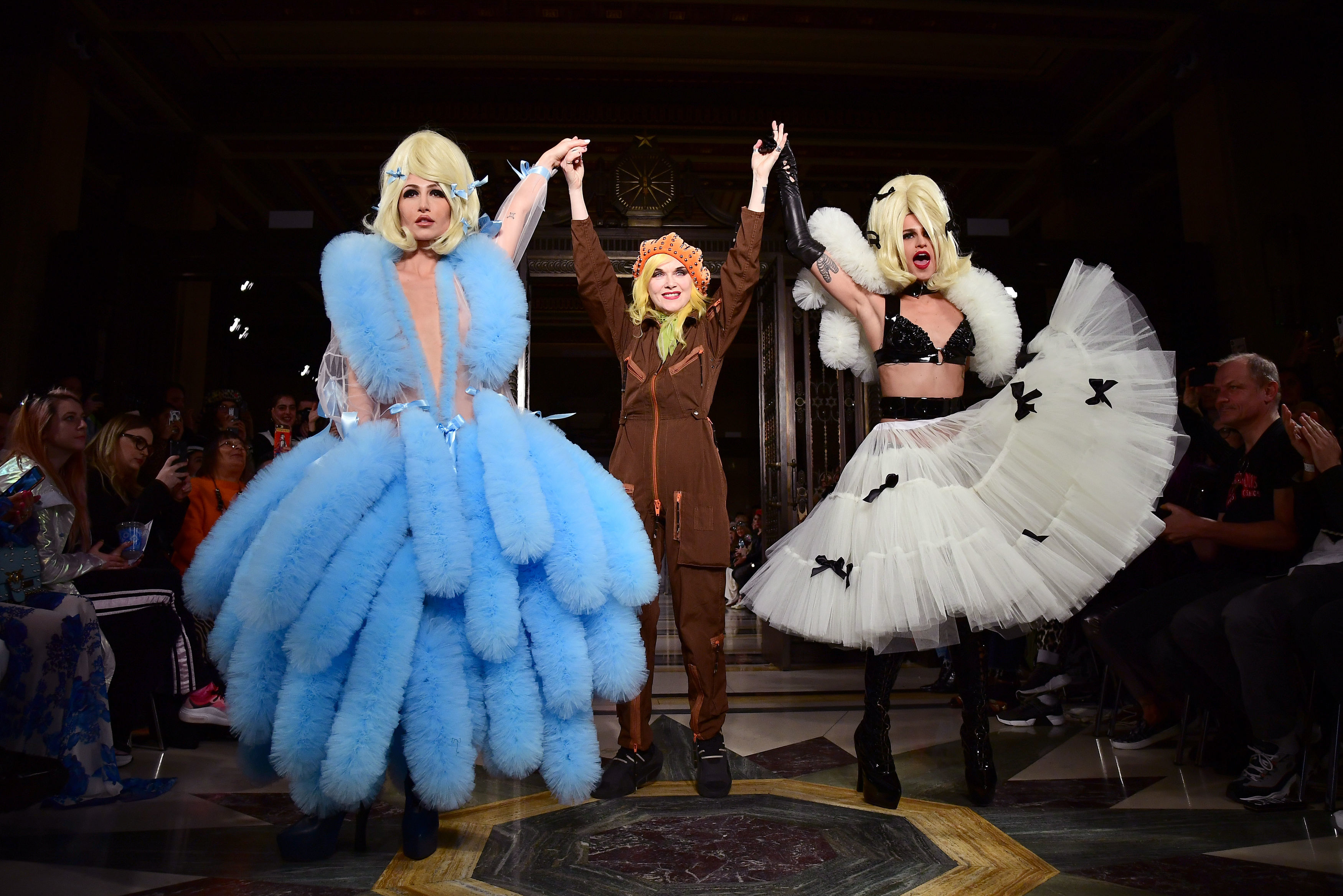 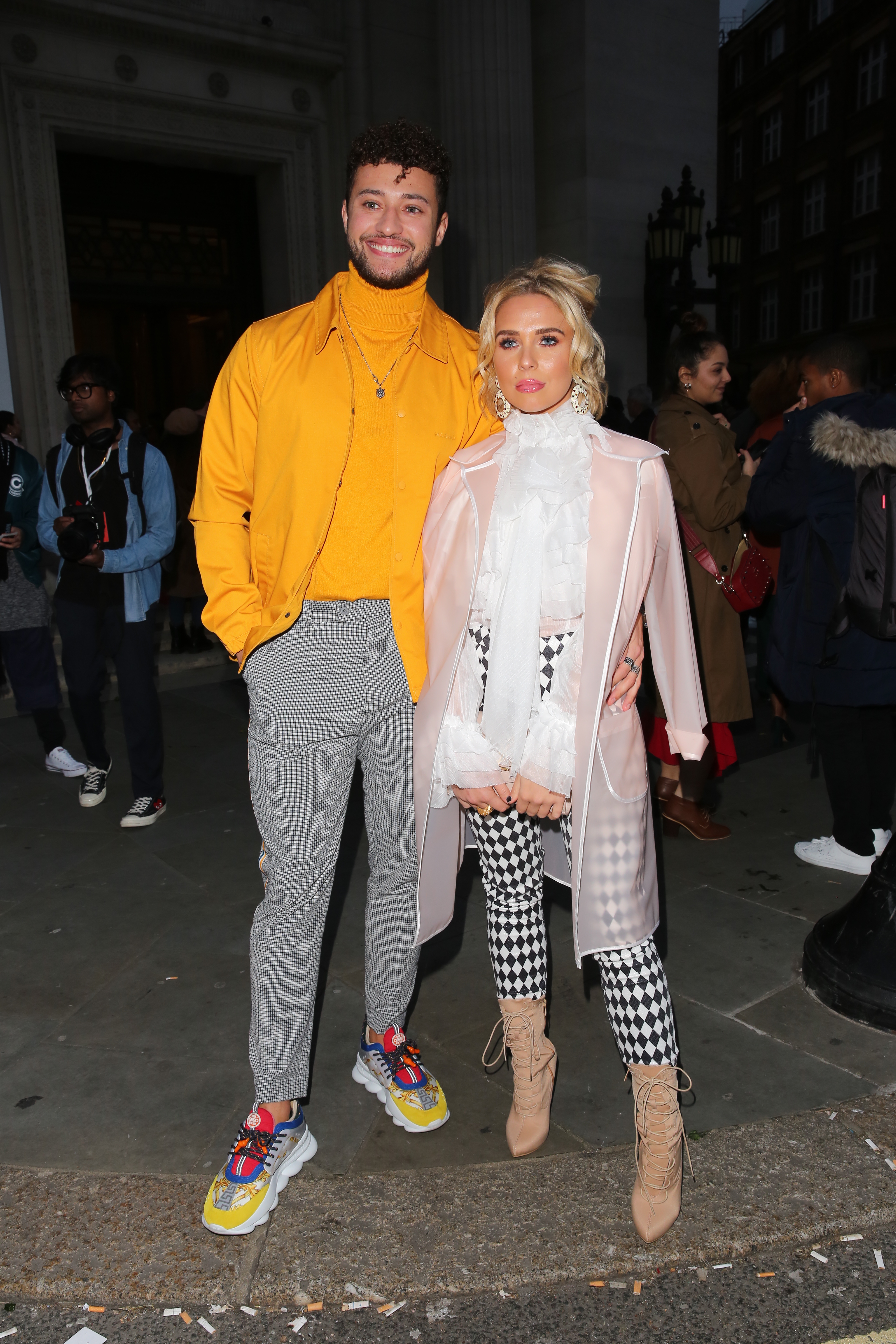 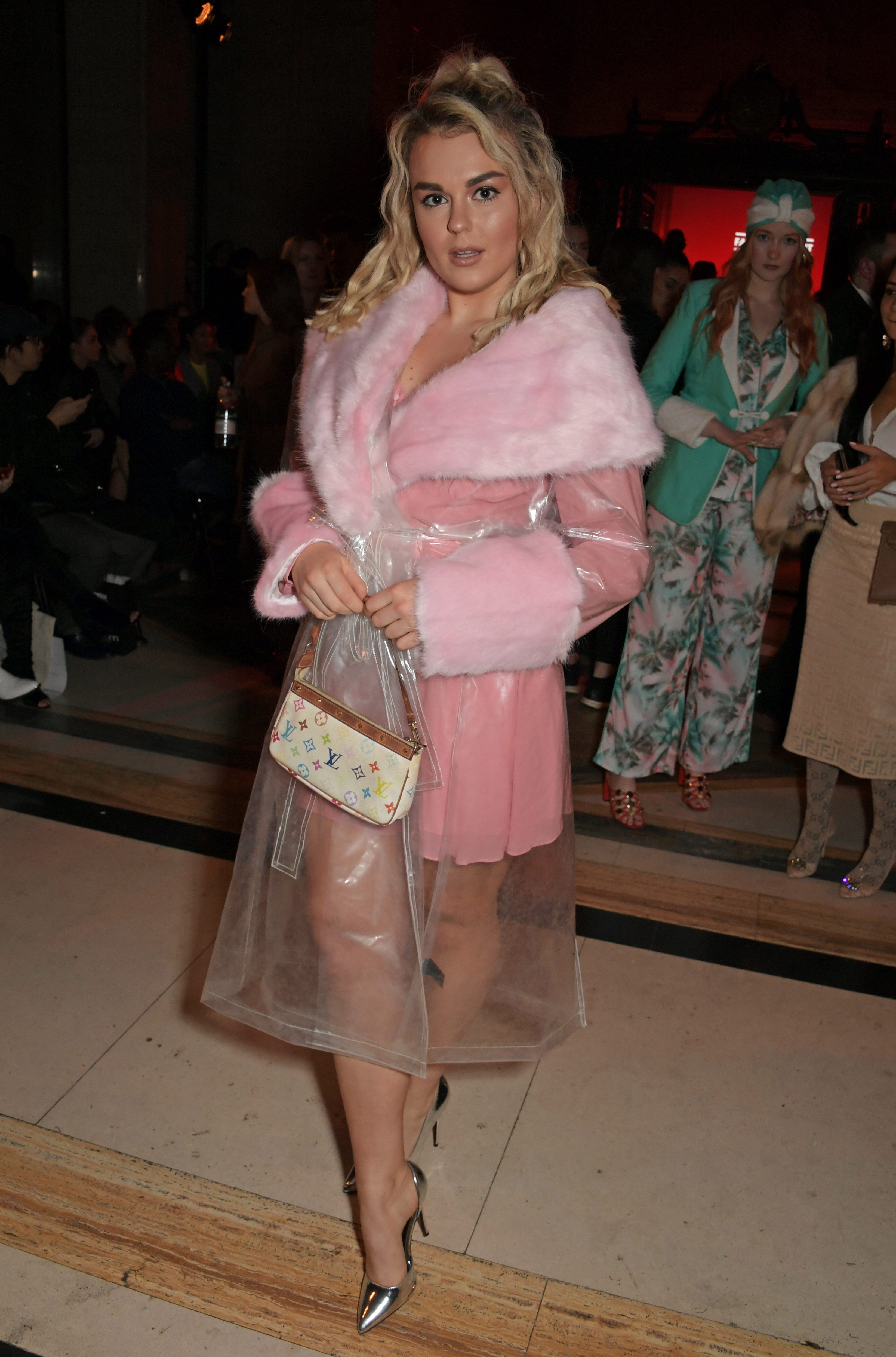 Made In Chelsea stars Sophie Hermann, 32, and Jamie Laing's girlfriend Heloise Agostinelli, 20, also made an appearance – as did TV presenter Olivia Cox, 30.

London Fashion Week is a five-day affair, which concludes tomorrow.