A MARRIED couple have decided to spice up their sex life – by running their own sex ‘training days’ and taking notes on each other’s performance.

Blessing Platinum-Williams and husband, Michael, both 30, met 11 years ago and at first 'couldn't keep their hands off each other' – having sex up to 13 times a week. 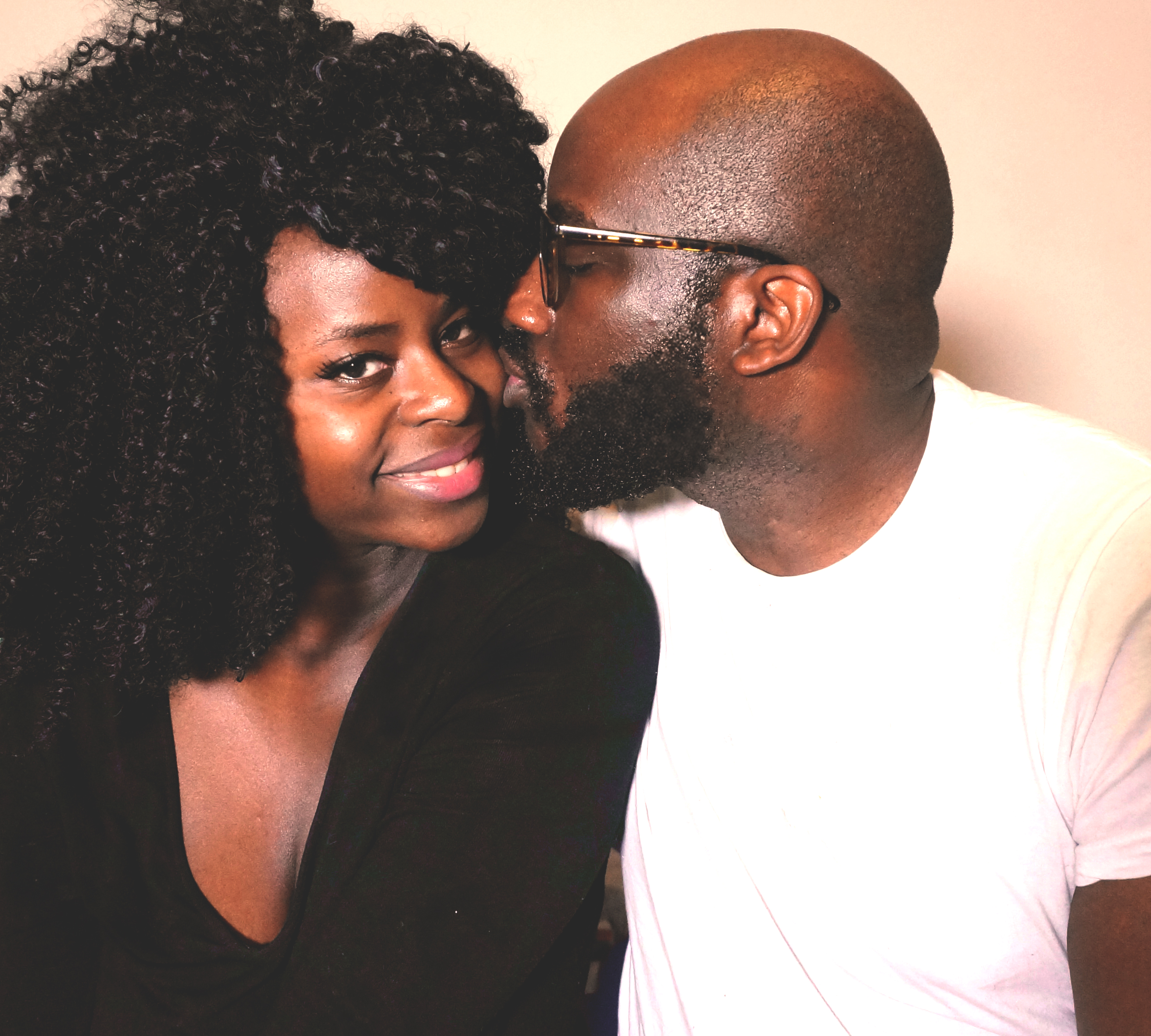 But after the birth of their first child, Ivan, in 2016, the pair say their sex life took a back step.

In an effort to 'keep things exciting', the couple introduced 'training days' three years ago where they write notes on each other's performance and share what they like and dislike their other half doing – towards the ultimate goal of having perfect sex every time.

Blessing and Michael now run training days twice a month – booking them in on their kitchen calendar weeks in advance, ensuring Ivan and their one-year-old, Matias, are sleeping upstairs.

The confident couple have their own notepads to keep track of their activity and pick up the pen mid-session to make sure they are as accurate as they can be. 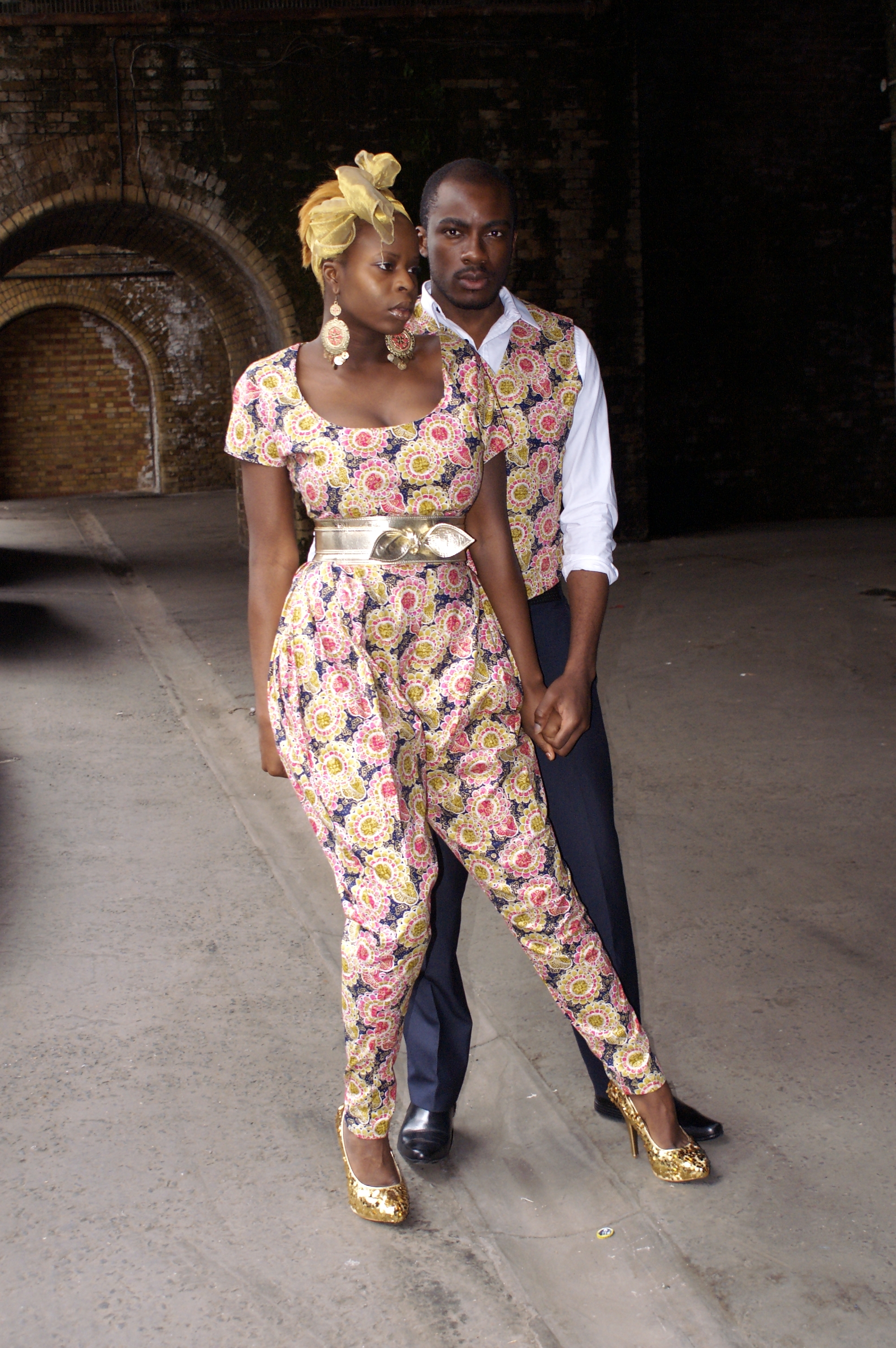 They are open and honest about their bedroom antics – not just with each other but with their entire friendship group – and claim the saucy sessions have 'added the spark' back into their relationship.

Blessing, a English teacher from Watford, Hertfordshire, said: “We like sex, but we’re such curious people too.

“I couldn’t think of anything worse than having a boring sex life – where I couldn’t communicate what I wanted.

“Now I have great sex 99% of the time – and it's thanks to the notes and feedback Michael gives me."

"We can try new positions without worrying if we aren’t hitting the right spot, as the point is to learn.

“Everyone should do it.”

Blessing and Michael met in 2008 when they were both 19 and stumbled across each other when exploring their ‘recommended friends’ lists on Facebook.

Blessing said: “I took one look at Michael and instantly thought he was attractive.

“We had a mutual friend, so we weren’t complete strangers. After chatting online we decided to go on a real-life date at a café."

Each position gets analysed and we keep them to 60 seconds each – to stop us getting too sidetracked. After those 60 seconds, we roll to our sides of the bed, grab our pens from our nightstands and write our thoughts down.

"Michael was such a charming gent and we had a good laugh together," she continued.

“Our connection was instant and we've been together ever since."

Blessing and Michael got engaged in September 2011 and eloped a month later to Portsmouth – throwing a party to celebrate with friends and family later in October 2017 when they renewed their vows.

Blessing said: "Our sex life was so amazing when we first met, and we’ve been lucky to get it back to where it was at the start.

“We are like rabbits when no one is around.

"Our sex life is pretty public amongst our friends, but we tend to keep things just to the bedroom – not in a park somewhere.”

After the couple had their children, they found their sex life starting to wane and towards the end of 2016, they had a conversation about injecting excitement back into their bedroom antics.

Blessing said: “I just asked Michael if he thought things were going a bit stale. 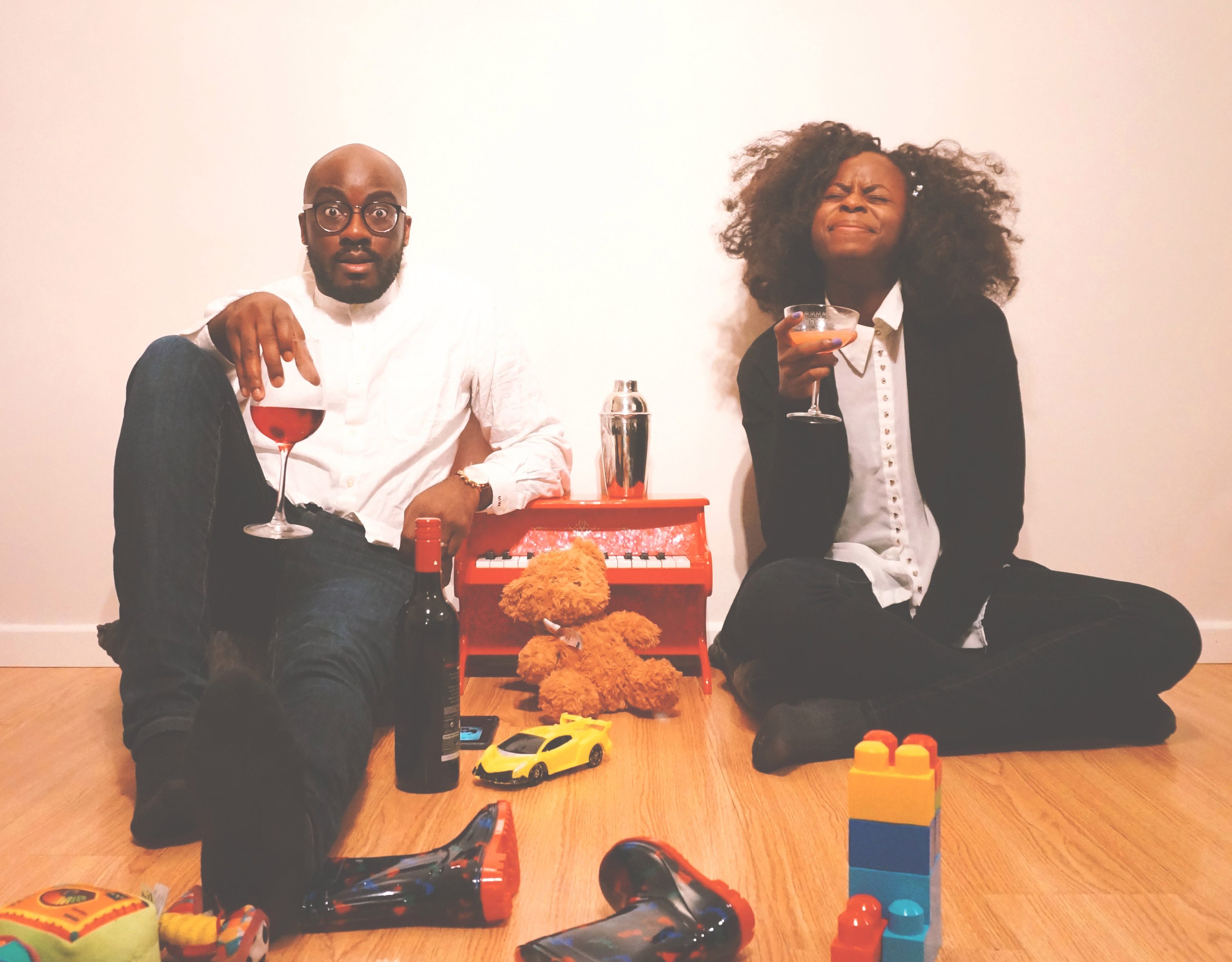 “We’d just had our first baby together, and that whole process of the labour and birth really took it out of me.

“I knew our sex life would be different, not just because we had a new responsibility in our lives, but because of the toll on my body too," she said.

“I was sore and my last thought was jumping right back into sex.

“We were both on the same page and didn’t want to get into a boring sex routine where no-one was getting any real satisfaction out of it.

“Michael and I spoke about how we could talk through any bumps in the road and we thought: 'Should we write these ideas down?'

“People write diary entries to their partners and notes on their feelings to communicate, so why shouldn't we do the same for sex?”

The couple created ‘sex training days’ – where they would make notes about their performance and feedback to each other afterwards in an effort to improve their time between the sheets.

Blessing said: “The term sounds like a businessy, but it’s really the best way for us to communicate.

“We plan dates and times to have sex in the day and write notes as we go," she said. 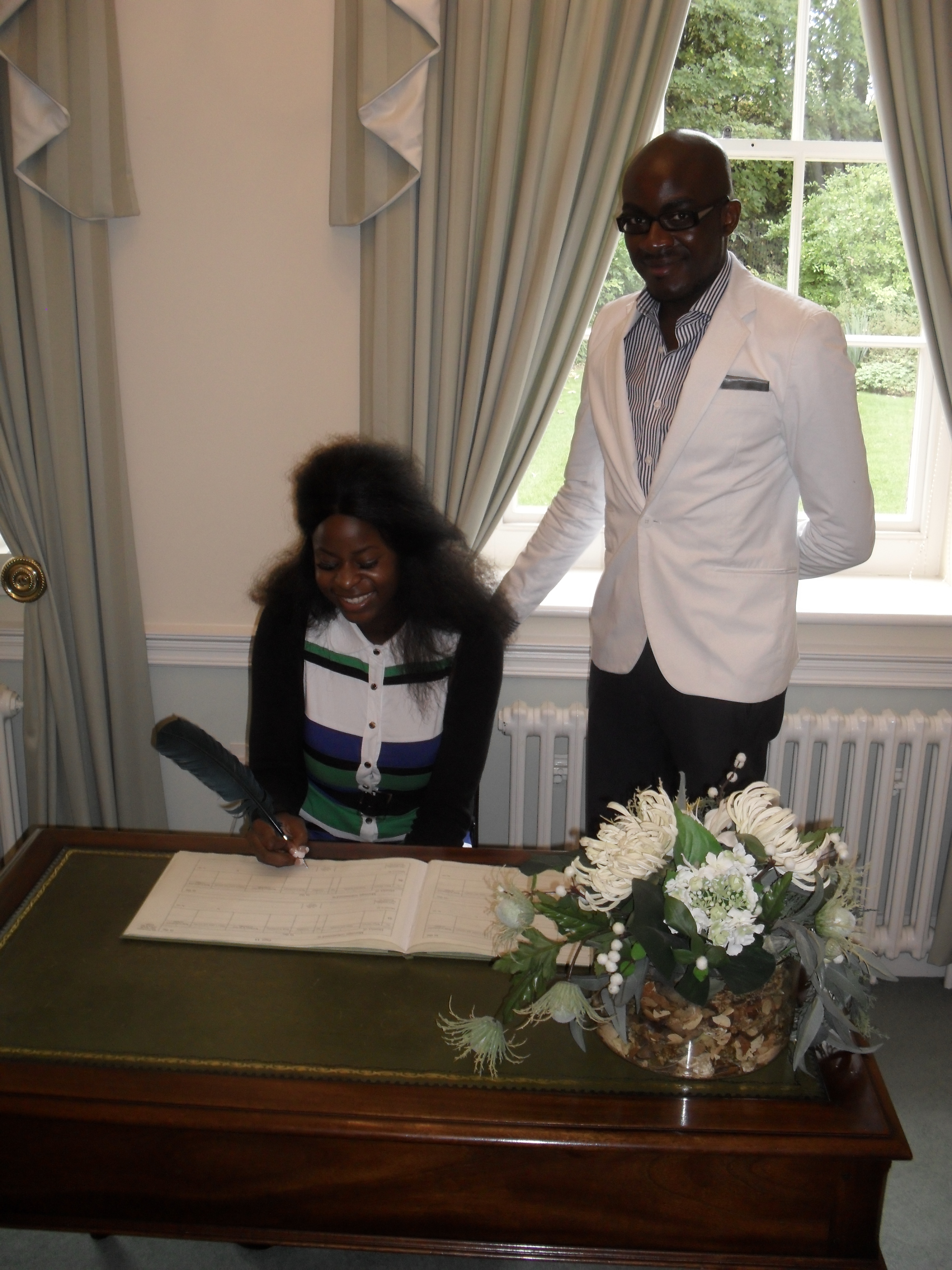 “Each position gets analysed and we keep them to 60 seconds each – to stop us getting too sidetracked.

“After those 60 seconds, we roll to our sides of the bed, grab our pens from our nightstands and write our thoughts down.

“Once we’ve done that, we move onto the next position or technique.”

After their first attempt of a training day, the duo decided to book their next meeting in as soon as possible, jotting it down on the family calendar in the kitchen.

Blessing added: “We giggled a lot the first time as the idea seemed pretty funny, but after a while things got really steamy and we quickly reaped the benefits.

“It let us be open and honest with each other without the fear of hurting each other’s feelings or taking something too personally.

I have friends tell me they have three orgasms a time, and all I can think is – that’s it?

She continued: “Both of us are such literal people that we’ve never been offended by anything the other has written.

“Just like when employers want to refine certain skills, they have training days, doing the same thing for sex just seemed like it would work – and it did.”

Three years later, the pair are still going at it more than ever – booking in two or three training days a month, depending on their schedules.

Blessing said: “We are parents first and foremost both with full-time careers, so it can be difficult finding time for our training days.

“They aren’t so much ‘days’ anymore, mostly evenings or afternoons when the kids have been put down for a nap and we are undisturbed.

“Our sex life has improved more than I could ever imagine – after 11 years together, things are only getting better.

"We have sex all the time now, most days. But keep the training sessions to two or three a week.

“I have friends tell me they have three orgasms a time, and all I can think is – that’s it?

“We don’t have dull sex anymore. Every time is different, and better than the time before."

Previously a couple with 29-year age gap forced to move after strangers brand husband a PAEDO.

And a student, 19, insists that ‘love has no age limit’ after falling for lover, 52… but her family have disowned her over the 33-year age gap.

And Courtney is a granny-of-three at 25 – after marrying a man 34 years older than her (and their sex life is amazing).