But everything changed one harrowing night, when Traskinas, 20, caused a deadly car crash – and then did the unthinkable. 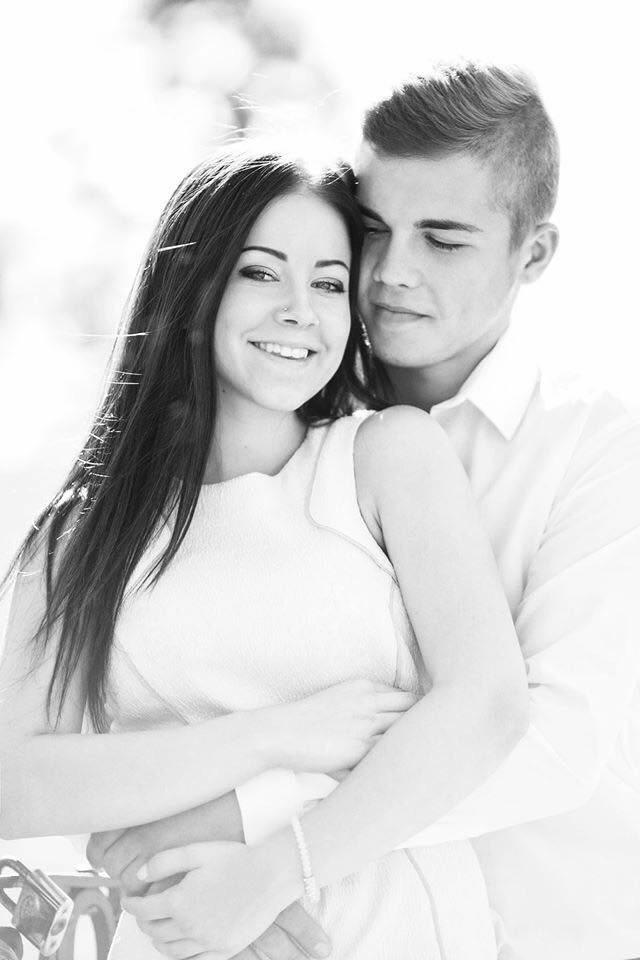 I woke up to shards of glass stabbing my face all over, like thousands of piercing needles.

I was covered in blood and being choked by my seatbelt, which made it hard to breathe.

Then I heard Andzejus's voice, telling me everything was going to be OK. I felt him wipe my face and undo my belt.

Suddenly able to breathe again and trusting in his reassuring words, I gasped before slipping back to sleep. 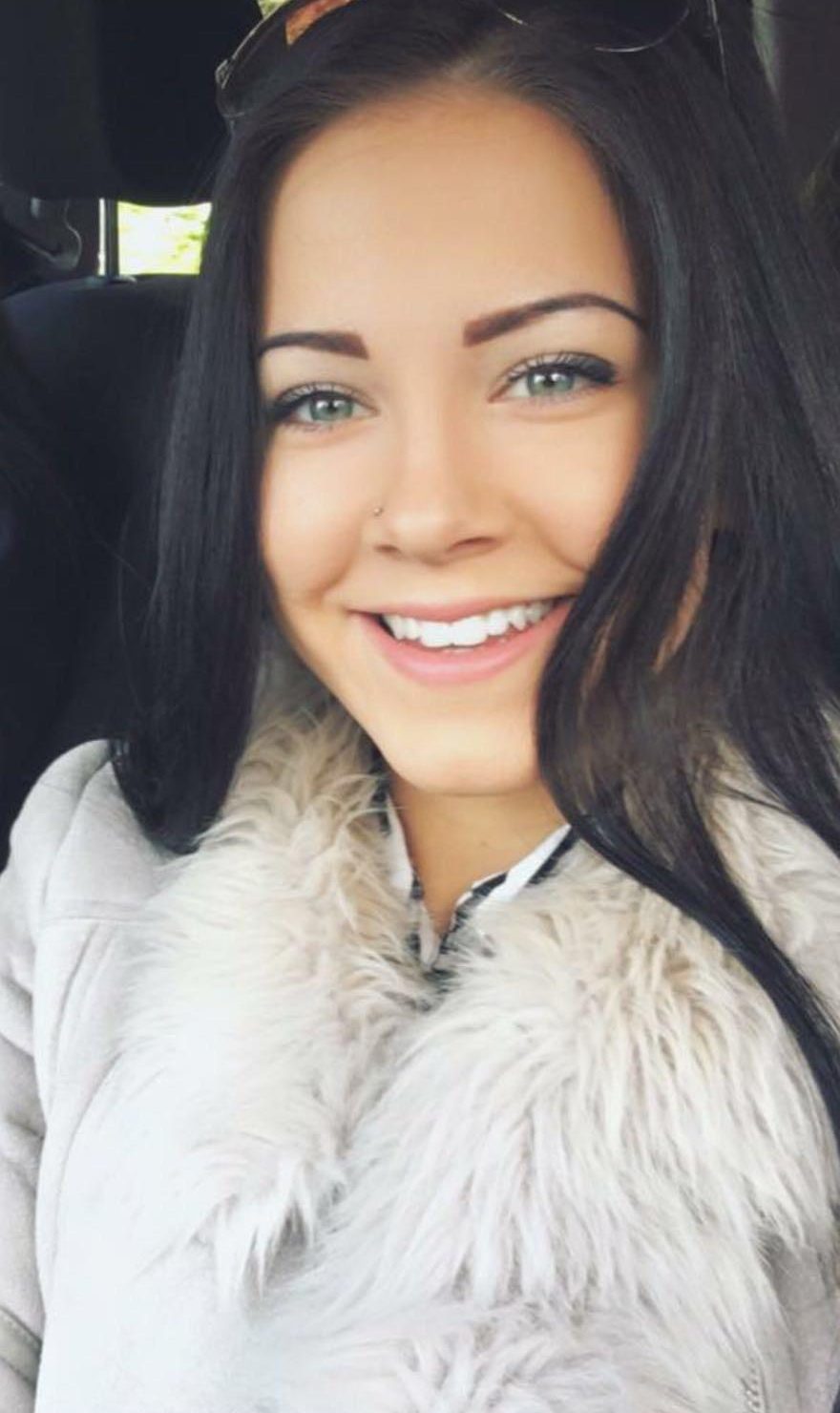 The next thing I knew I woke up in Addenbrookes Hospital in Cambridge, to the sounds of machines beeping all around me. This time Andzejus was no where to be seen.

Andzejus and I had been together for nearly four years. Six months earlier in November 2016 we'd welcomed our son, Max.

On the day before the crash on May 7 last year we'd enjoyed a meal with two of our friends, Justinas and Algirdas (both 20), at my parents' Lithuanian restaurant, where I worked.

It was my first night out without Max and as it went on we decided to go clubbing in Peterborough. It was around 1:30am and Andzejus offered to drive. 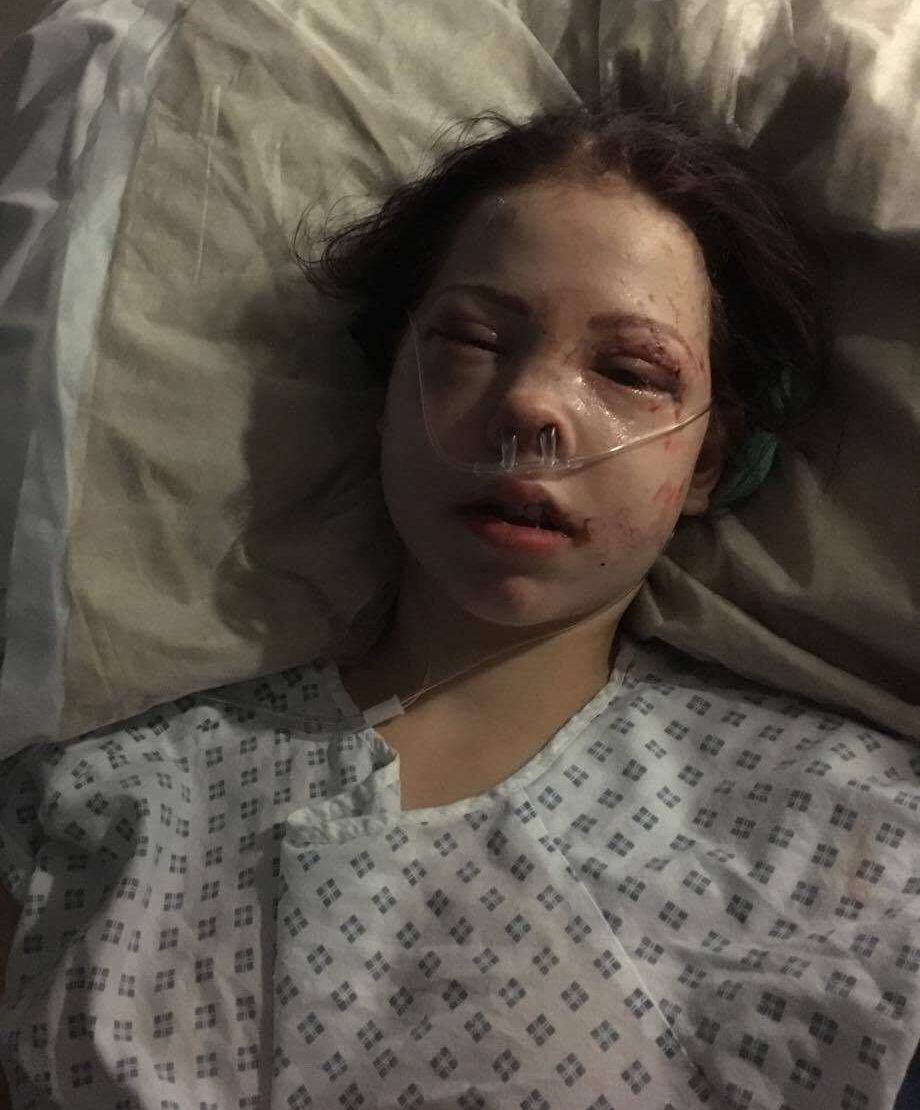 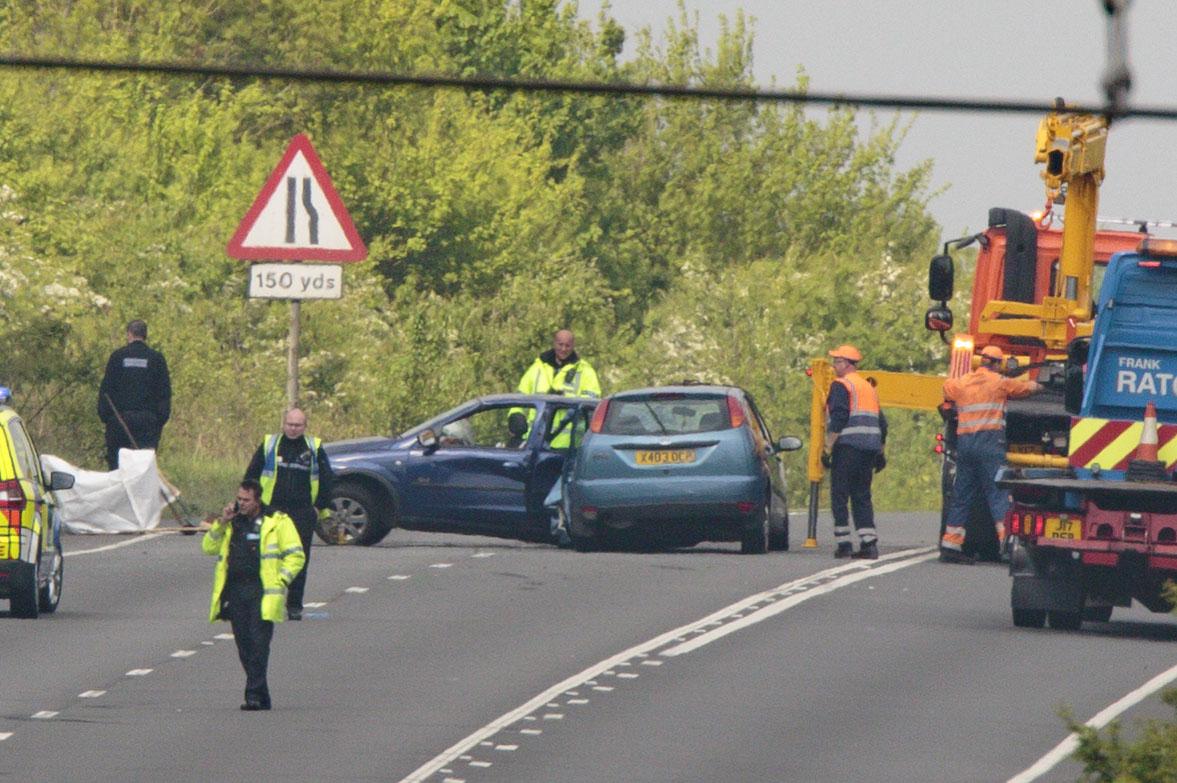 As we got in the car, Andzejus and I had a silly argument and I sat in the back rather than with him in the front.

As we went to drive off, Algirdas told him to stop the car, jumped out and ushered me into the front so that we could make amends.

Little did I know, him doing that would save my life.

It was quiet on the road, but as I studied the sat nav to check our route I suddenly felt the car veering off track towards the bushes.

I screamed and looked over at Andzejus, who appeared to have drifted off. He snapped awake and swung the steering wheel sharply in the opposite direction, causing him to lose control.

The car eventually came to a standstill, horizontal across the lanes on the other side of the road on the brow of a hill. 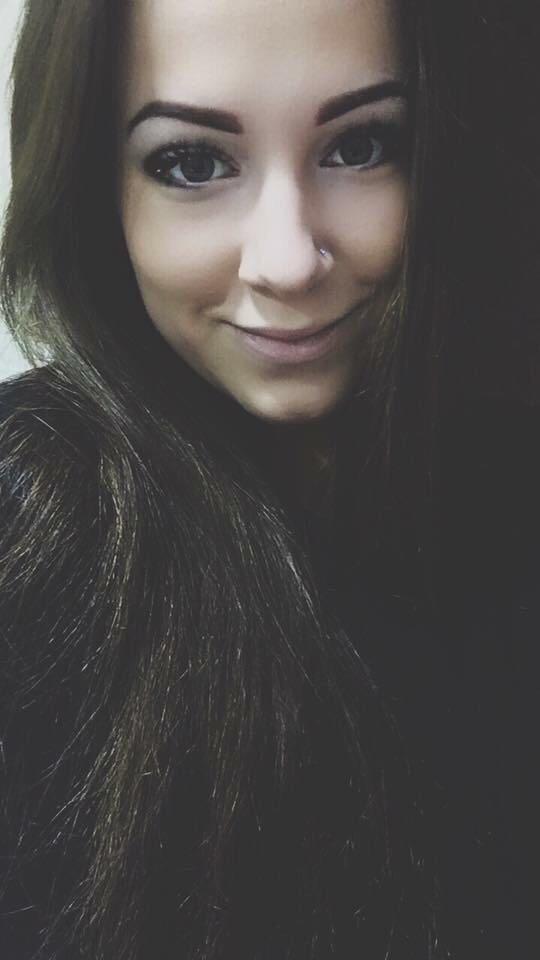 It felt like slow motion as I turned my head and saw two headlights hurtling straight towards us.

The car smashed into us with such force it took my breath away.

As I drifted in and out of consciousness at hospital I remained oblivious to the real horror of what had happened.

My mum was by my side in hospital, but my face was so swollen you couldn’t even see my eyes. I remember panicking that I'd gone blind as everything was black.

After a few days mum told me the heartbreaking news that Andzejus had fled the scene, leaving me – the mother of his child – to perish.

As if that wasn't terrible enough, when the police came to take a statement I found out Justinas and Algirdas hadn't been wearing seatbelts. 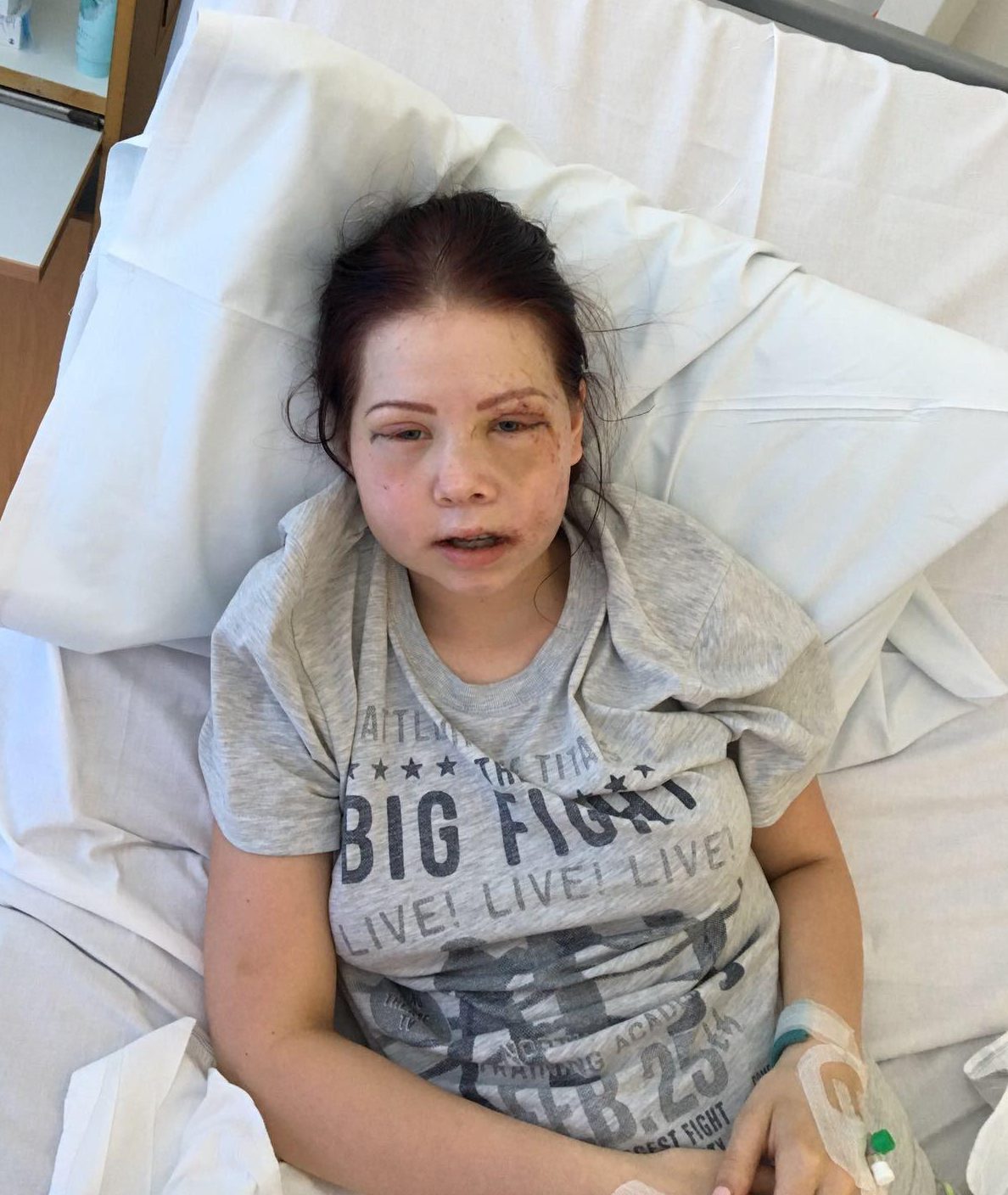 At the moment of impact they were thrown from the backseat through the windscreen. Neither of them had survived.

It was up to me to identify them through their IDs, phones and belongings they had in the car.

The police still hadn't caught Andzejus. For all he knew I was dead as well.

I felt so betrayed. I couldn’t believe he could do such a thing – he'd left me to die. It broke my heart.

I was in hospital for a month. The crash had left me with a broken eye socket, cheeks and jaw as well as my ribs and pelvis, and I'd fractured both my legs. Doctors told me I was lucky to be alive. 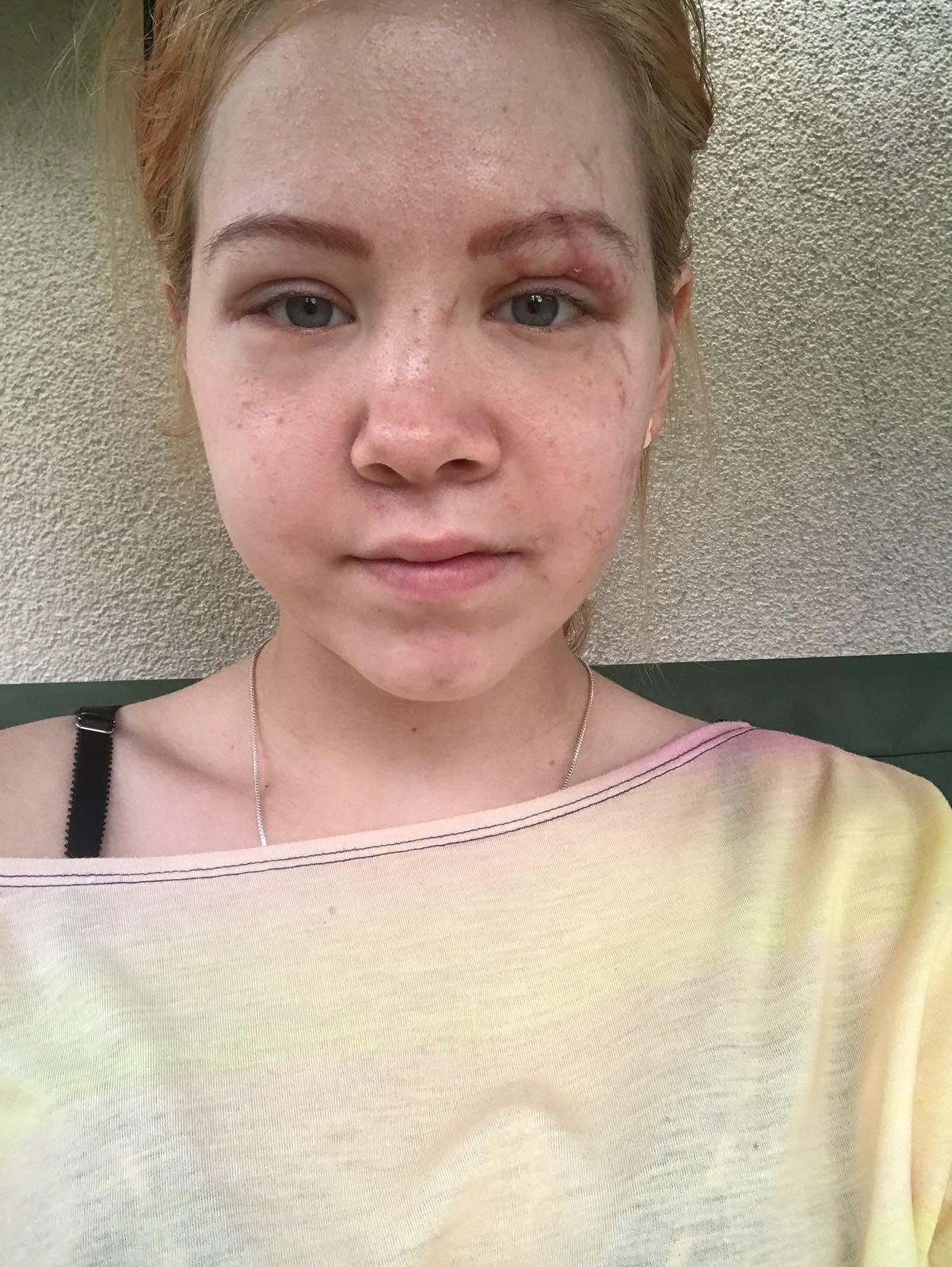 I couldn't walk and needed two operations, during which I had two metal plates inserted into in my pelvis. It was eight weeks before I was back on my feet with crutches. Learning to walk again was incredibly tough.

I also had 36 metal plates in my face which has completely transformed the way I look – and I’m still waiting for a second facial surgery.

I felt like no one knew who I was anymore. After the crash I went back home to see my family in Lithuania and friends I'd known for years walked straight past me. It was devastating.

It’s something I'm still getting used to, but I have to accept it as I can't change it. The most important thing is that I survived and I'm still here to look after my little boy.

Police eventually caught Andzejus and in October 2017 he appeared at Cambridge Crown Court. 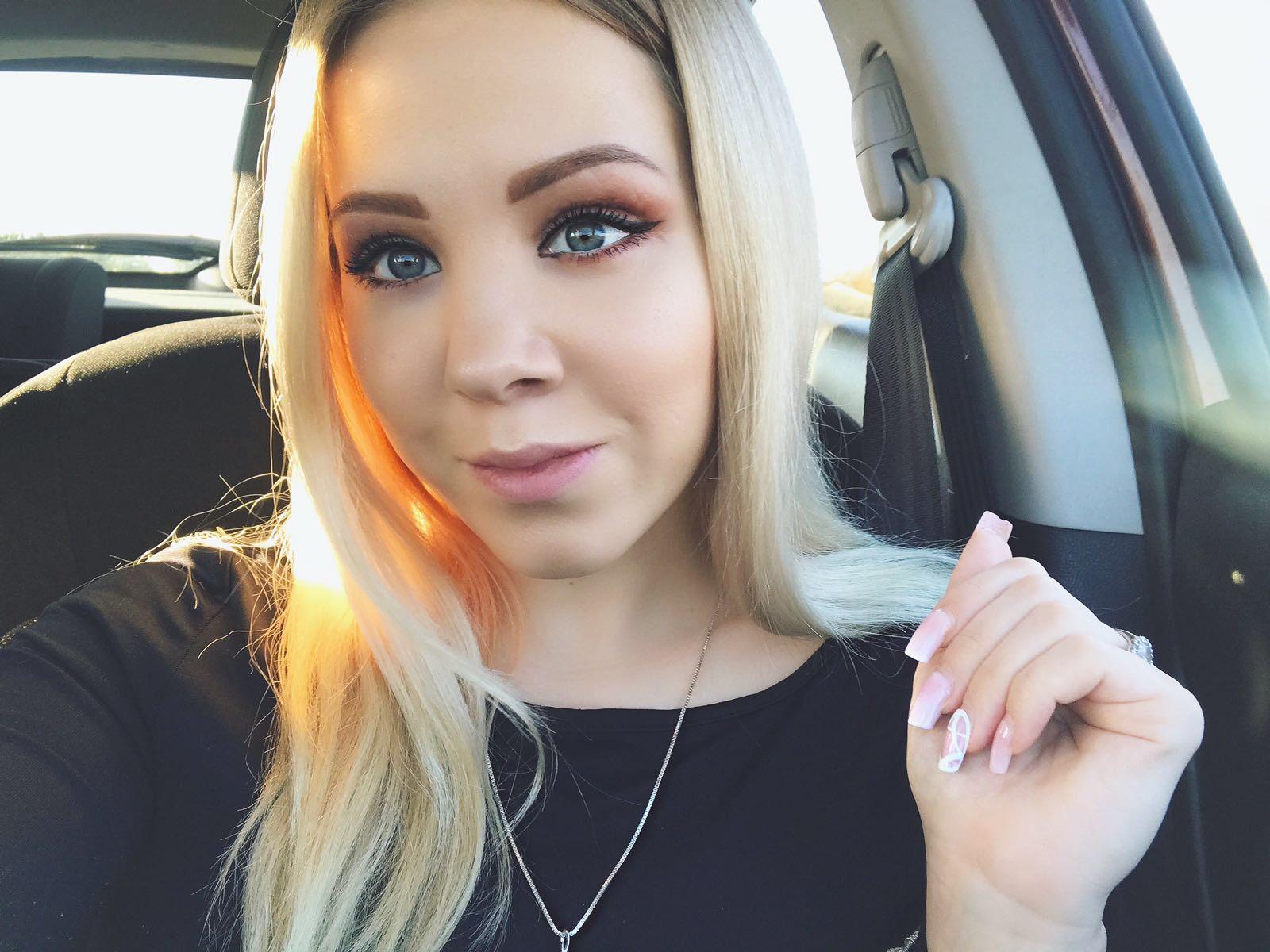 I was shocked – I had no idea he had no license or insurance.

He was sentenced to 27 months detention in a young offenders institution and disqualified from driving for three years.

He completely deserved it. Everyone has to pay for their mistakes – and I'll never forgive him for running off and leaving me.

Now Max and I are doing our best to move on with our lives. I still send Andzejus photos of Max so he can see how he's growing. If he wants to contact his son I’m not going to say no.

He's his dad and he has rights. But when he grows up he in turn has the right to know why his dad isn't with him.

We previously told how a Brit mother died in a horror smash on a wildlife holiday as her family’s car careered off the road.