WHEN Cassie Hylans gave birth to baby Freddie-Philip it was extra special.

Not just because it was the first time she had met her son, but because she knew he wouldn't live much longer. 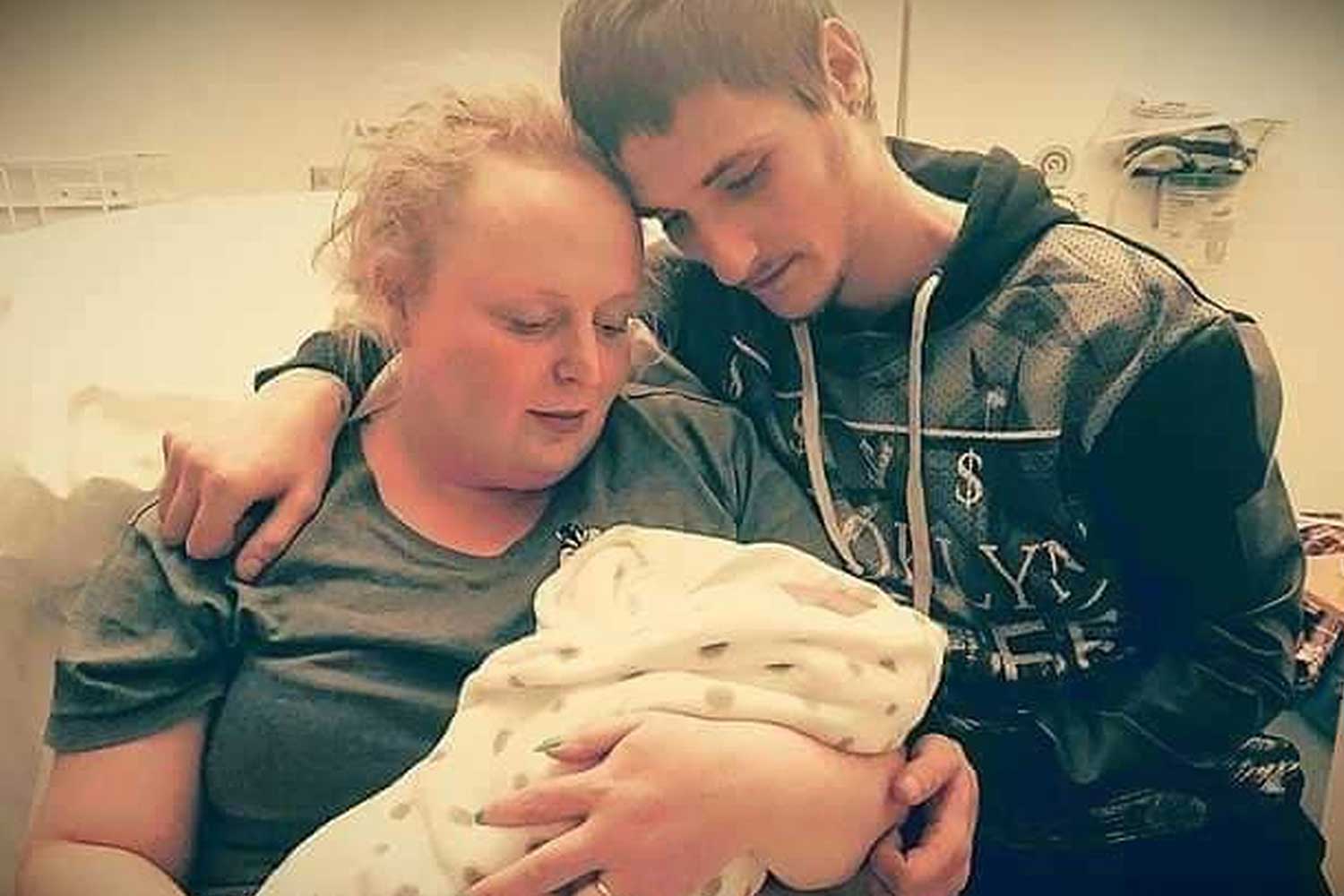 But nothing could have prepared the 27-year-old and her partner Steven Hale, 25, for that heartbreaking moment.

Cassie, from Burton upon Trent, Staffordshire, told DerbyshireLive: "As he took his last breath my partner dropped to his knees and screamed.

"It was the hardest thing you could ever go through.

"It was so surreal just watching it happen and not being able to do anything to help keep him alive."

The couple discovered at their 20-week scan that Cassie has a genetic condition called Kallmann Syndrome there was a 50 per cent chance it would be passed onto her baby.

It meant that he had no fluid around him and his kidneys were covered in cysts.

Cassie, a cleaner, says she was given some options – all of which she refused – and decided to continue with the pregnancy.

She said: "We knew he wouldn’t survive but at the end of the day he was still my baby and I was growing him. I wanted to see his face and give him a cuddle. He was ours."

Freddie-Philip was born breathing on November 29, 2016, and the family were able to spend "four hours of unexpected precious time" with him.

Cassie said: "I gave birth on the normal labour ward and we took tonnes of pictures, had cuddles with him and the vicar came and gave him a blessing. We still talk to her to this day.

"The nurses were amazing and gave us two teddies and a keepsake memory box with his handprints and footprints in. It was really special."

The  family were supported by staff at the Snowdrop Suite, a special unit for bereaved parents at Burton's Queen's Hospital.

Cassie said: "My mum and partner were there with me the whole way through and I can’t remember that much because it was all a blur.

"We could spend as much time with him as we wanted the nurses left us to it and we were at the end of the labour ward so we didn’t have to see new mums walking around with their babies."

The pair were able to keep Freddie-Philip with them in a special cuddle cot, but when the time came to return home, the new parents were devastated.

What is Kallmann syndrome?

Kallmann syndrome is a rare geneitc condition, characterised by delayed or absent puberty and an impaired sense of smell.

It is a form of hypogonadotropic hypogonadism, which is a condition resulting from a lack of production of certain hormones that direct sexual development.

Males often have an unusually small penis and undescended testes and most don't develop secondary sex characteristics at puberty – such as the growth of facial hair, deeping of the voice.

In females the start of monthly periods and breast development is usually delayed or doesn't happen at all.

Without treatment, most affected men and women are unable to have biological children.

Kallmann syndrome can have a wide variety of additional signs and symptoms including a failure of one kidney to develop, abnormalities of bones in the fingers or toes, a cleft lip or palate, abnormal eye movements, hearing loss, and abnormalities of tooth development.

Some affected individuals have a feature called bimanual synkinesis, in which the movements of one hand are mirrored by the other hand.

It's more common in males than females.

Cassie said: "It was so hard to go home. Everything was normal and his bedroom was fully kitted out waiting for him.

"Going there without him in our arms was heartbreaking and it was like our world had stopped."

Cassie said the tragedy did not put the couple off having another child and when they got pregnant with Bobby, who is now aged 23 months, they were "so happy." 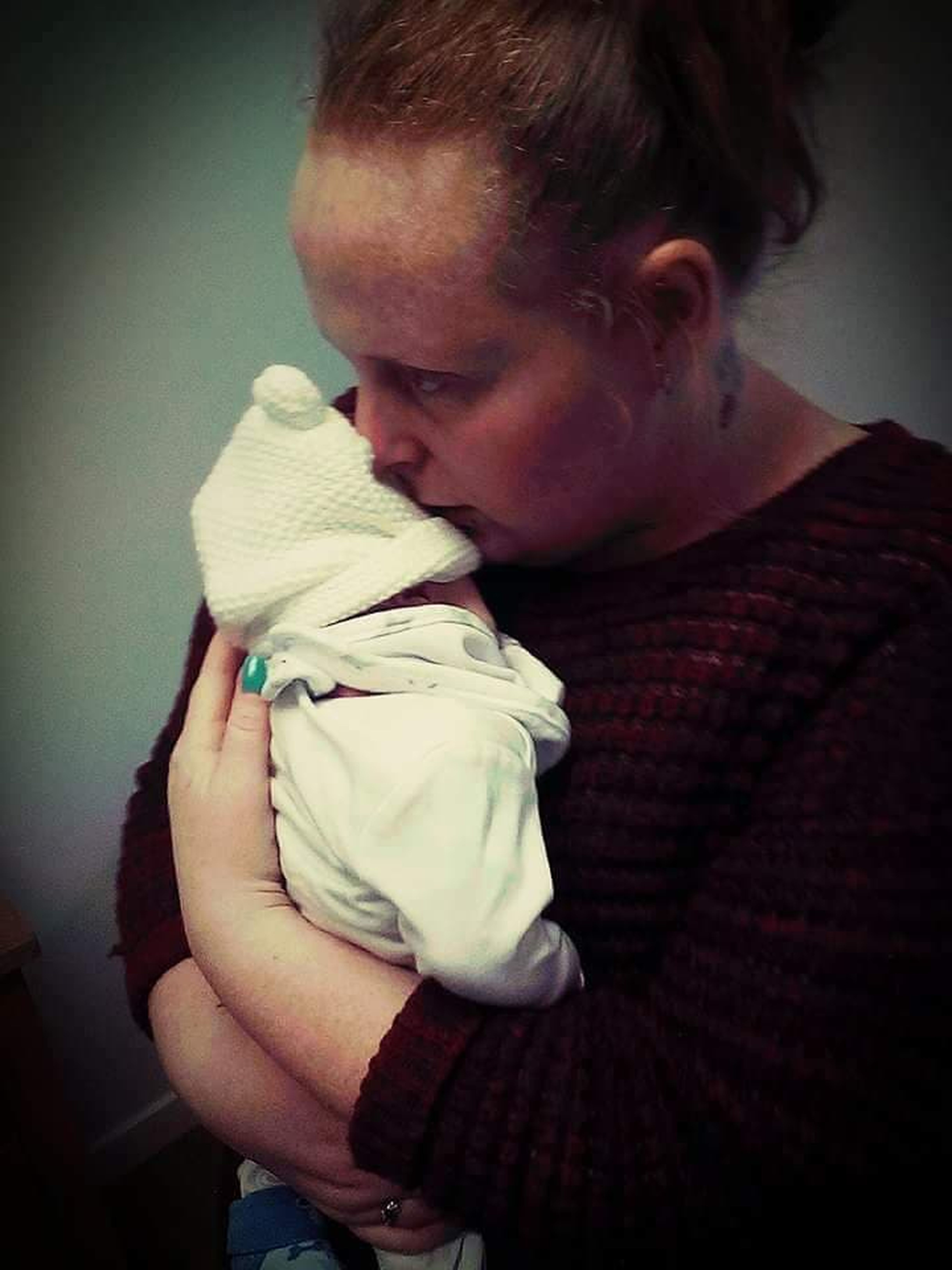 She said: "The pregnancy was fine, but he only has one kidney.

"I was overwhelmed when Bobby was born. I felt heartbroken that he would never get to meet his big brother and he was the spitting image of Freddie-Philip.

Cassie is full of praise for the midwives who cared for her following Freddie-Philip's death and said they were still welcome to access support at the Snowdrop Suite.

She said: "That time was so precious and without the staff at the hospital and the specialist suite we would not have been able to make such special memories.

"Baby loss awareness is so important and it should not be a taboo subject. I would rather people talk about it then ignore that it happened.

"Freddie-Philip was still here. He is still a person. He is my son."

The couple have shared their story to mark Baby Loss Awareness Week, which ends today.