Taking to a Mumsnet thread the anonymous user explained that she had gone through a difficult labour and was unable to give birth without surgical help, but her pals claimed she had "only done the easy bit". 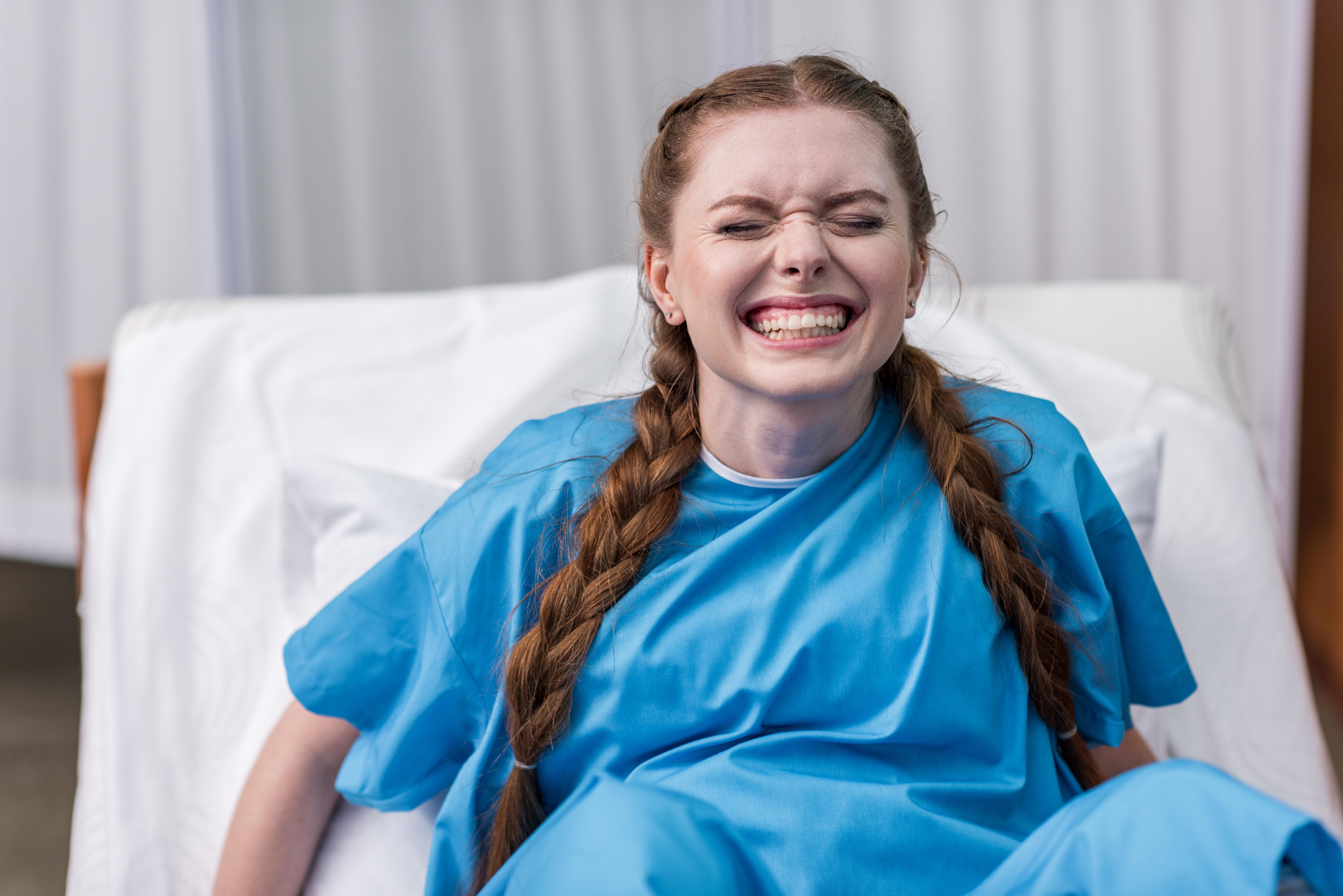 The new mum, who had given birth five months ago to her son, branded her friends' opinion "bonkers" but question if she was being unreasonable to think this on the forum.

The Mumsnet user with the handle Reallyreallyreally1 said she hadn't seen her friends since she had her son and she explained her labour to them after they asked.

"I generally don’t talk about the birth because no one really wants to know about someone else’s experience, but they did ask so I briefly told them (induction, back to back labour til fully dilated, pushing with episiotomy and forceps, emcs[emergency cesearean])," she wrote.

"One of them said ‘so you’ve come away from that thinking that you know what it’s like to have a baby’." 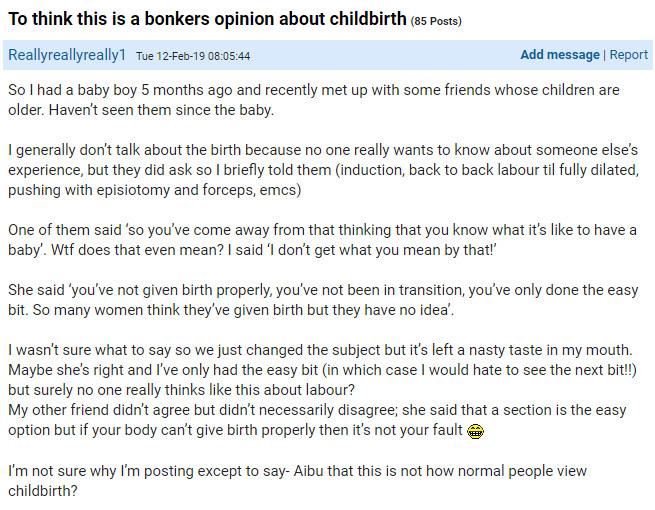 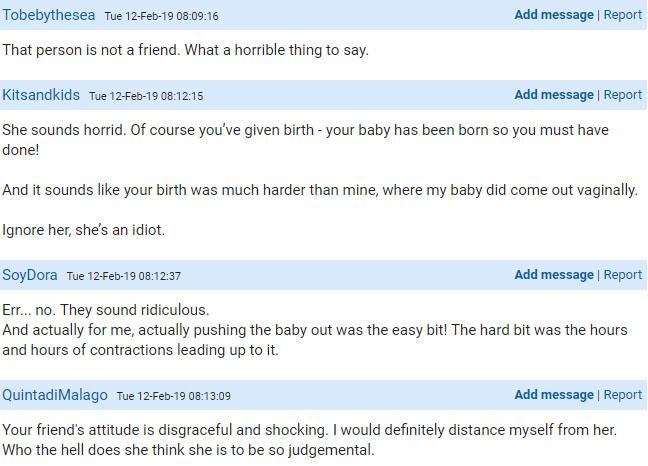 Baffled by the comments the woman asked what they meant and she claimed her friend said: "'You’ve not given birth properly, you’ve not been in transition, you’ve only done the easy bit. So many women think they’ve given birth but they have no idea’."

She complained that the conversation "left a nasty taste in my mouth" and asked other mums for their thoughts.

The mum then added that another friend didn't agree but said "that a section is the easy option but if your body can’t give birth properly then it’s not your fault".

Other mums jumped to her defence: "She sounds horrid. Of course you’ve given birth – your baby has been born so you must have done!

"And it sounds like your birth was much harder than mine, where my baby did come out vaginally. Ignore her, she’s an idiot." 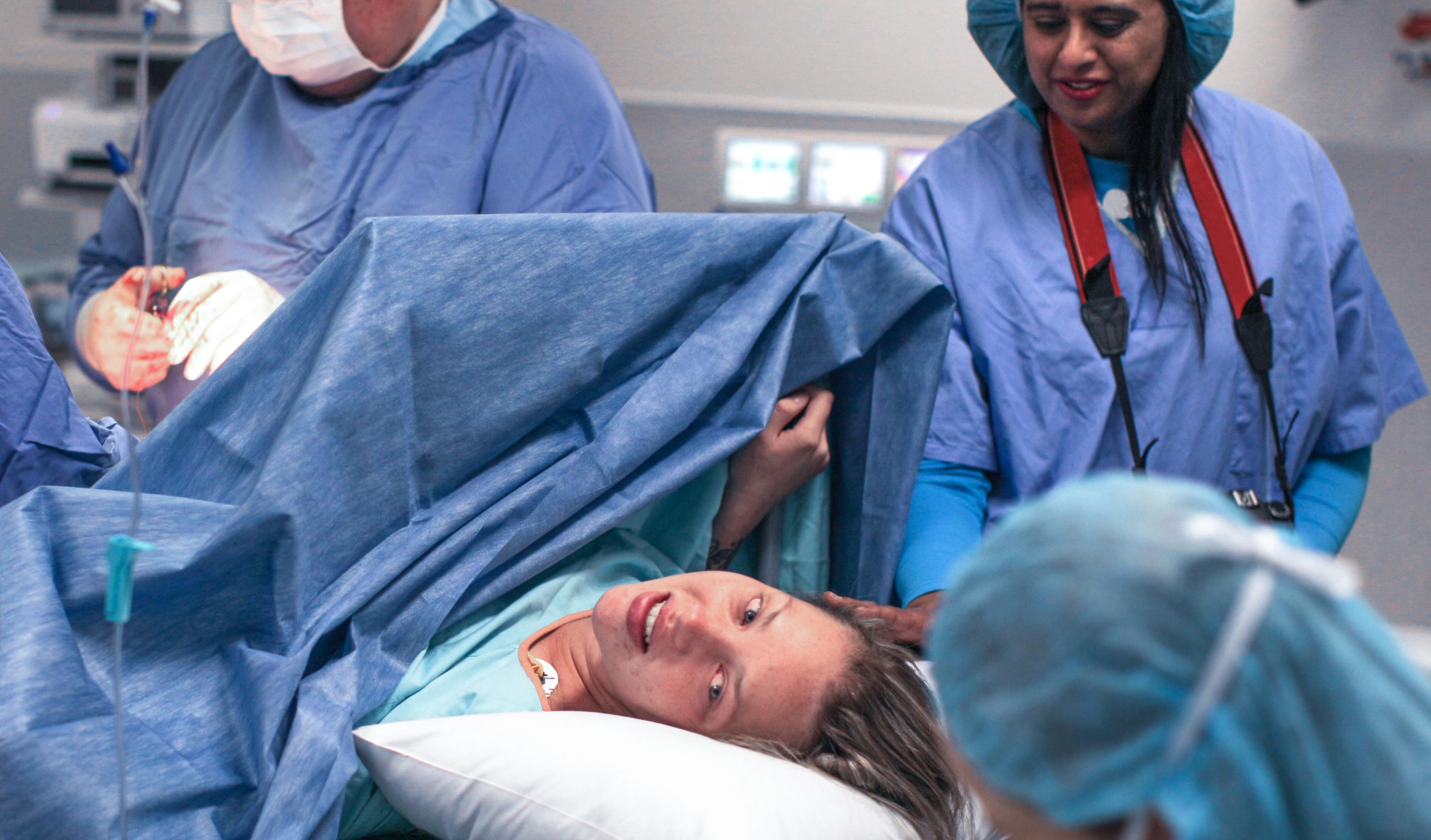 Another said: "Your friend's attitude is disgraceful and shocking. I would definitely distance myself from her. Who the hell does she think she is to be so judgemental."

"That person is not a friend. What a horrible thing to say," pointed out a third.

After seeing the support on platform the mum responded: "I think this situation has made me see that these people are not really friends.

"I had quite a bad recovery and was back in hospital afterwards and had no word from them so it’s frankly bizarre to try and kick a friend about their labour."

In more parenting news we revealed thee names the naughtiest kids have based on their school behaviour.

One mum explained what it's really like to fly with her ‘devil’ toddlers in a viral post.

How another mum received backlash because she refused to vaccinate her children because they’re ‘protected by Jesus’.

And one couple tell how they will never be parents because they don’t want to ‘contaminate the world’ with children.