AS we're sure all mums will agree, you can never have too many babygrows.

But after they've been chucked in the wash for the millionth time, have you ever spared a thought for how you're putting them away? 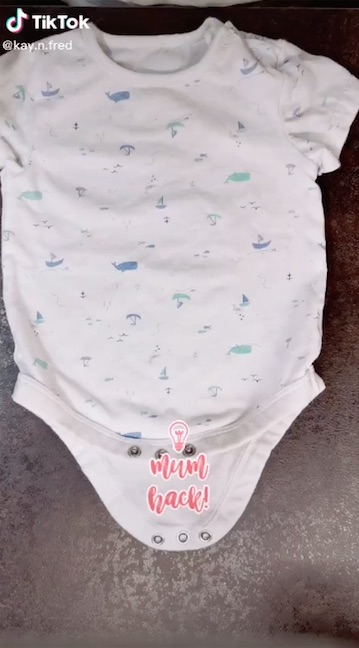 Because one mum has come up with a genius storage method – and we can't believe we never thought of it before.

Posting on her TikTok channel, mum-of-two Diana revealed the simple (but effective) way she rolls her clean babygrows up to store them in a drawer.

In the short clip, she begins by placing the babygrow flat on a table and folding the sleeves in on the body.

Then she rolled from the top down to the bottom – stopping just before she reached the poppers. 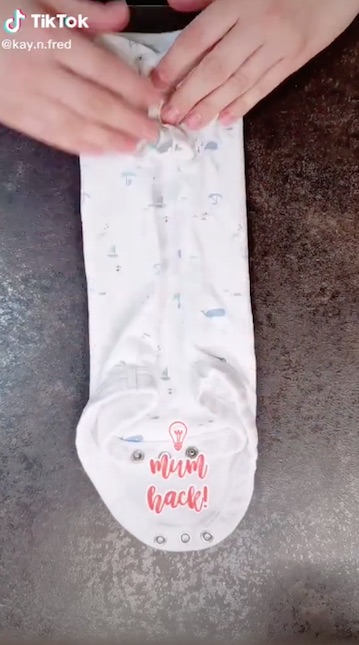 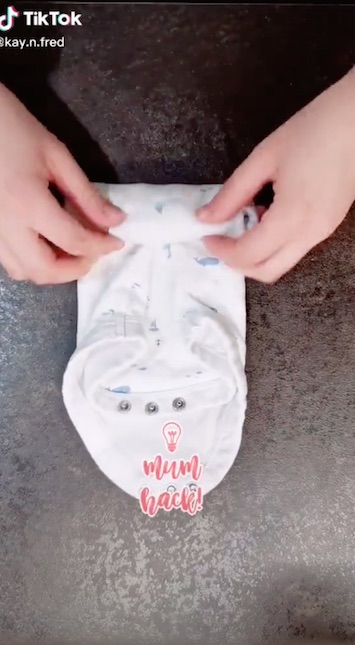 After this, she turned the rolled babygrow over – so the poppers were danglingon the other side.

Finishing off her "parenting hack" video, she then closed the poppers to keep the roll in place.

Diana's video has racked up hundreds of thousands of views – and parents are amazed by how much space her trick can save.

"This would have been good to know," one wrote. "Well, at least now I know for my second!" 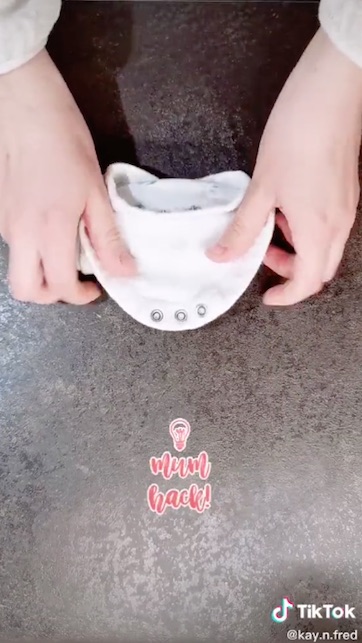 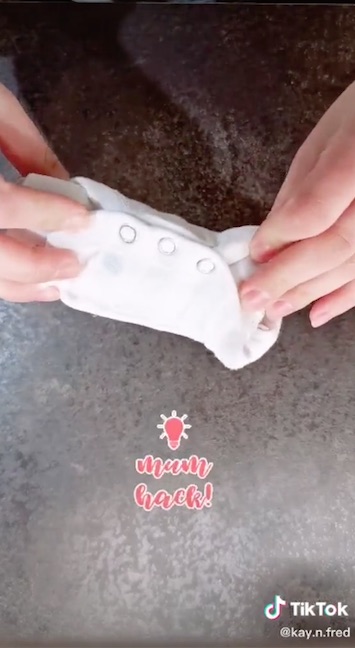 "Thanks so much, this saved me a lot of space," another added.

"OMG my life is now changed," a third gushed.

Meanwhile, another joked: "I have four kids and I'm just learning this now?!"

For more parenting hacks, this mum swears a homemade pillow spray is the only thing which gets her kids to sleep – and it costs just 50p to make.

And this mum revealed her clever hack she uses to ensure kids don’t lose parts of board games during lockdown.

Plus this mum shared her easy hack for cleaning piles of Lego and it’ll only cost you 99p.