A MRS Hinch fanatic is in shock after discovering a secret compartment in her washing machine, as fellow cleaning fans rushed to check theirs.

Staci Hunt shared snaps of the drawer of her appliance, after finding an unusual card slot.

She shared her discovery to Mrs Hinch Made Me Do It, where her post has racked up dozens of likes – and questions.

Staci wrote: “Did anyone else know this, I have only found out that that's where it goes when you're not using it.”

If you've just checked your washing machine and spotted the same compartment with no clue what it's for – you're not alone.

Numerous people admitted they too had the same card slot, but had no idea what its function was.

A fellow Mrs Hinch fan asked: “What does it do.”

Someone else admitted: “I have one but I’ve no idea what it’s for.”

While this person added: “I use mine for my powder.. So I don't put too much in.” 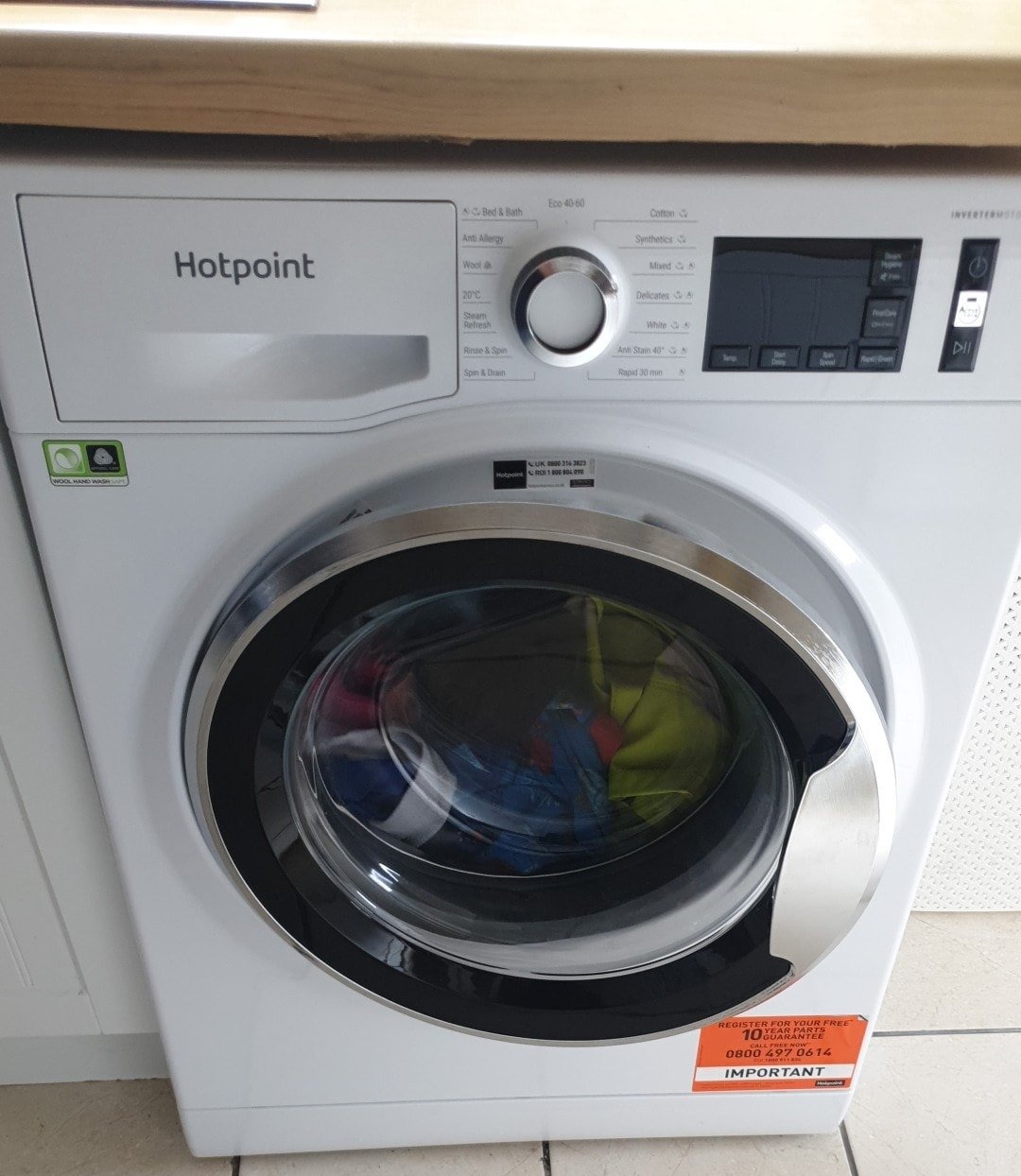 And equally as amazed as Staci, this mum wrote: “I found this out the other week and I couldn’t believe it.

“I just kept it in the liquid draw for ages and always wondered why my washer wasn’t working as it should! I found as soon as I moved it my washer now smells fresh!

“Think it must of been stopping the water and some product flowing out properly.” 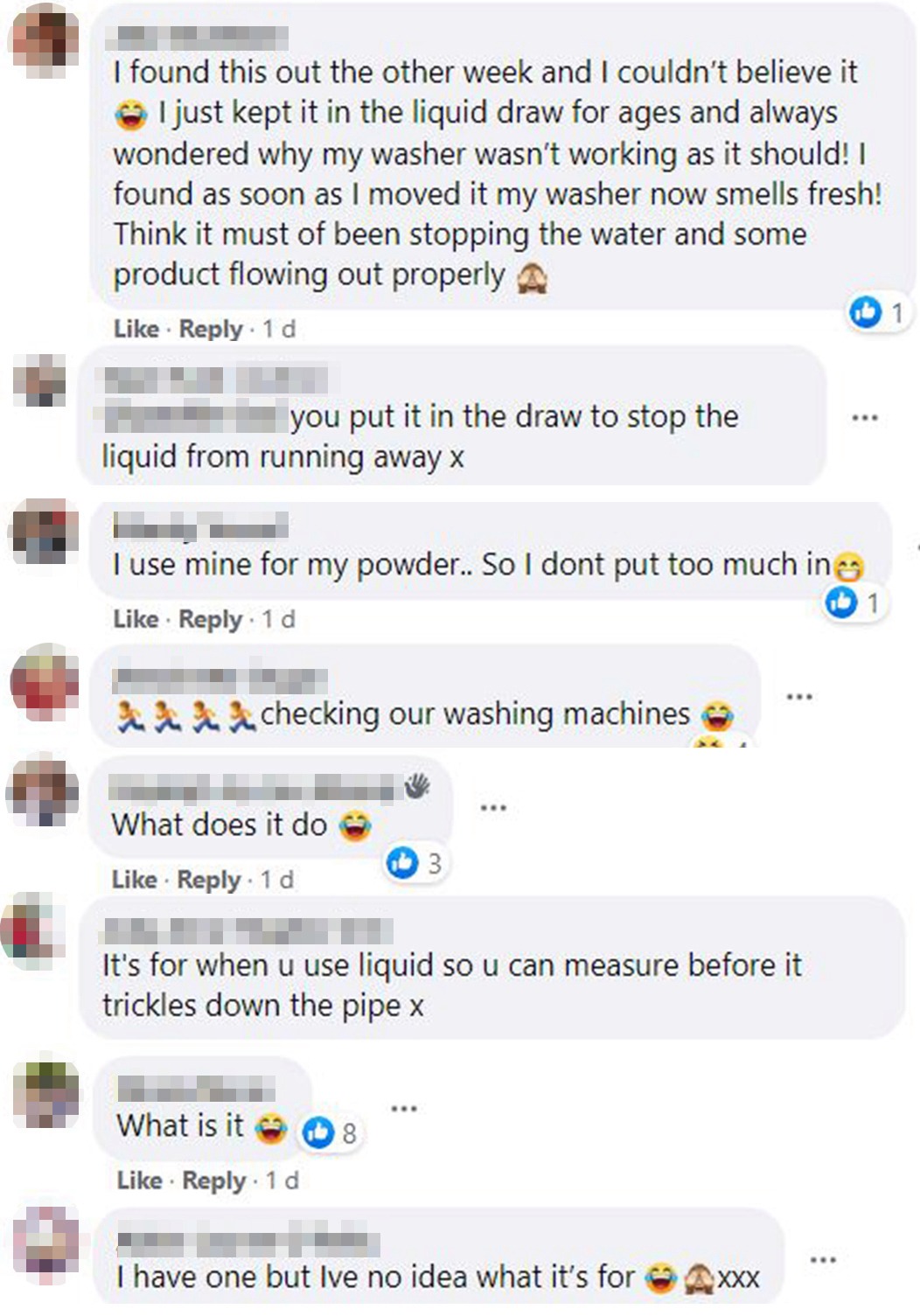 And for anyone scratching their heads over the mystery card, Staci revealed exactly what the mystery compartment is used for.

Staci, who has a Hotpoint machine, explained the card is used to “put it in the draw to stop the liquid from running away.

“Then put it in the gap when you're not using it.”

And another mum, who’d also worked it out, wrote: “It’s to control the dosage measure when using liquid detergent.”

Meanwhile a professional cleaner shares the worst homes he’s faced with bags of faeces on the floor & dead TARANTULAS hidden in tubs.

And this woman shares simple trick which makes sure her house is ALWAYS clutter free – and it works with laundry too.

Plus this woman shares ‘ultimate mum hack’ to get kids ready quickly in the morning and it only costs a couple of quid.