Loads of us have no idea what our normal blood pressure should be, how tall we are and more than half us worryingly don't know what our blood type is. 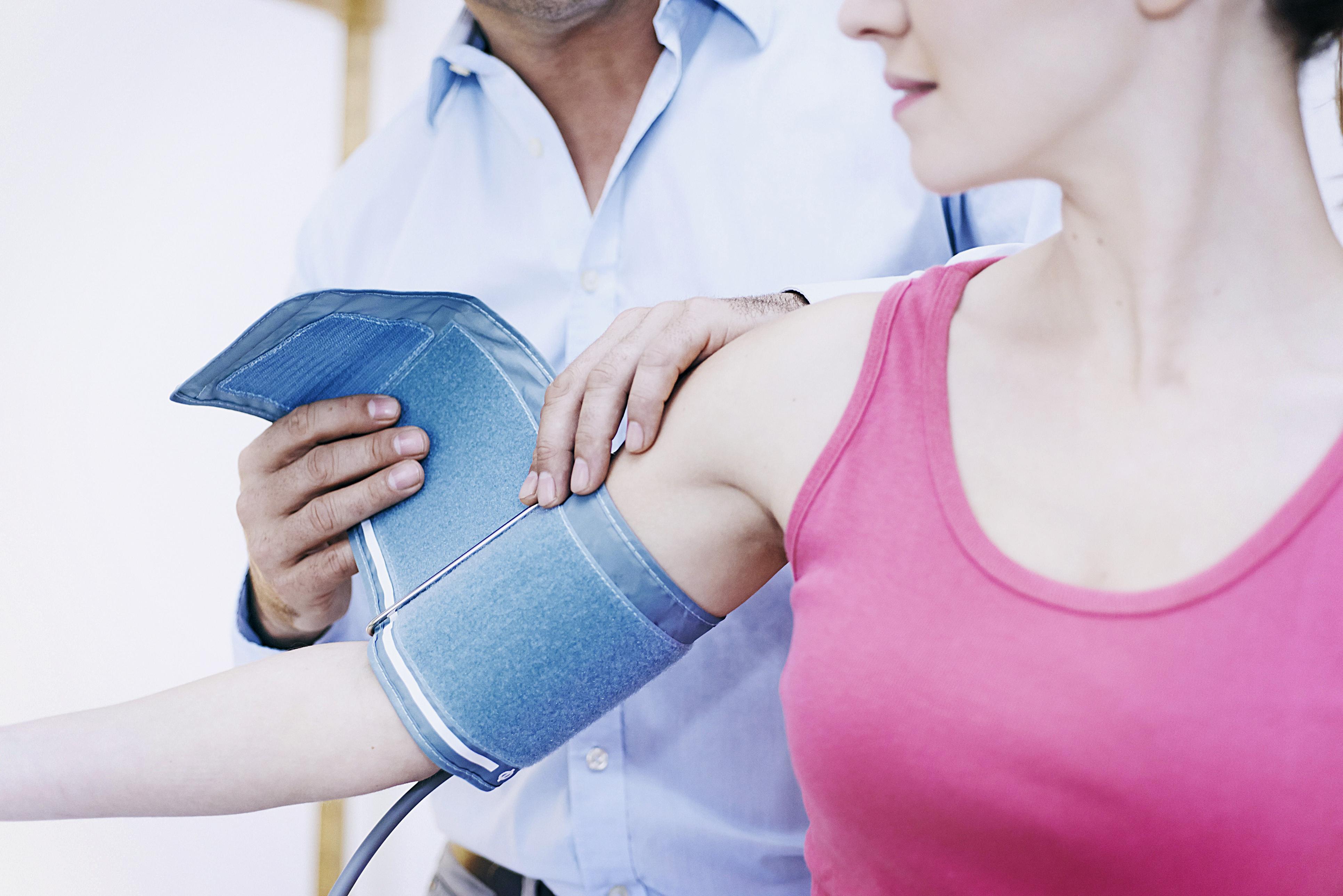 A further 40 per cent can only guess at their weight.

According to a poll of 2,000 Brits, the average adult only really starts to care about their health when they get to 37, with one in 20 believe that they can't be unwell as long as they remain fit and active.

The study was conducted by Cardiomyopathy UK, whose chief executive Joel Rose said: “Knowing your own body is incredibly important.

“If you don’t keep in touch with what is normal for you, then you could end up missing early signs of a serious health problem like cardiomyopathy.

“We want people to listen to their body and abandon preconceptions and stereotypes of what a patient with a heart condition looks like.

“It’s so important to not fall into the trap of thinking that serious heart conditions like cardiomyopathy only affect older people with unhealthy lifestyles.

“This survey has highlighted how many people don’t know their family health history, ignore symptoms and just bury their head in the sand.

“With a condition like cardiomyopathy, this is a major problem we need to tackle.”

62 per cent of us don't have a clue what our Body Mass Index is, according to research from OnePoll.com, and amazingly, only one in three women can accurately date their last period.

More than 15 per cent have no idea about their family's medical history and a similar number don't know if they had the MMR vaccine as a child – the jab that protects against measles, mumps and rubella.

When it comes to health, one in seven Brits admits to "burying their head in the sand", with 30 per cent ignoring symptoms they don't deem as "serious".

The thing is, however, that hear issues can affect people at any age or shape.

Six in 10 respondents believe those who are overweight are at more risk of suffering from a heart condition like cardiomyopathy than anyone else.

What should your blood pressure be?

Blood pressure readings have two numbers, one over the over.

More than one in four adults in the UK has high blood pressure or hypertension and that means they've got extra strain on their heart and other organs.

It can increase your risk of heart disease, stroke, kidney disease, dementia and more.

You can get your blood pressure tested at a number of places, including:

Cardiomyopathy UK’s President Perry Elliot said: “At Barts Hospital, we see over 8,000 people each year with cardiomyopathy and I’ve lost count of those that thought they were too young and healthy to have a heart condition.

“The reality, as this research shows, is people are not aware of the important signs their bodies are telling them which are putting them at risk.

“People of all shapes and sizes can be affected by cardiomyopathy and we need to challenge the stereotypes that exist in our society that older, overweight men are the typical heart patient.”

Doctor Chris Marshall, 44, from West Sussex, was a seemingly young, fit and healthy when a devastating diagnosis changed his life forever.

He would play sport "at any opportunity" and cycled more than 20 miles a day, to and from his job as a consultant anaesthetist at Worthing Hospital.

However, in May 2016, a blockage to Chris’s heart was discovered by chance.

The father-of-two slipped and fell down the side of some concrete steps, while taking out the recycling one morning.

He landed heavily on his side, breaking five ribs in the process and rupturing a disc.

When he lost all feeling in his left foot, he was booked in for emergency back surgery and given an ECG while waiting for the operation.

He said: “I remember saying to the doctors, ‘I don’t understand why you are doing an ECG on me, I’m fit and healthy.”

What are the symptoms of cardiomyopathy

Cardiomyopathy refers to diseases of the heart muscle, rather that one particular condition.

The six types of disease can have different causes, signs and symptoms but in general, it's to do with the heart muscle becoming enlarged, thick or rigid. In rare cases, the muscle tissue in the heart is replaced with scar tissue.

It can reduce your life expectancy if the damage is done early on in life, and can be fatal.

It affects around 1 in 500 people in the UK – with some cases being due to genetics, and others being down to viral infections, autoimmune diseases and medications.

Although many people have cardiomyopathy without having any symptoms, other people might experience symptoms such as:

However, the ECG found a problem with Chris’s heart in the left ventricle, one of the muscular chambers that pumps oxygen-rich blood around the body.

He was later diagnosed with dilated cardiomyopathy, which had caused left bundle branch block (LBBB), and a year later, had a pacemaker fitted.

He said: “On reflection, I’d had some fairly significant symptoms over the past few years, including ‘heart rate dangerously high’ whenever I measured it on the running machine and cramp in my neck muscles whenever I sprinted.

“I’d get extreme shortness of breath and found cycling harder and harder, falling asleep straightaway as soon I got home from the hospital.

“I put it down to working too hard or needing to get fitter, so I went to the gym regularly, even though I’d get out of breath and drenched in sweat in no time.

“I didn’t feel anything was wrong with me and didn’t believe the signs and symptoms. So being a doctor, I naturally ignored them.”

Now Chris is joining a campaign by heart muscle charity Cardiomyopathy UK to show heart conditions are not always the result of an unhealthy lifestyle.

“As a doctor, I’ve seen lots of people with heart disease. Most are much older than me; many have smoked, had a poor diet and not exercised – but by no means all.”

And despite often being extremely tired and unable to do everything he wants to, Chris still "looks" healthy.

“There have been many thoughtless comments with little comprehension of the emotional and physical impact this has had on me and my family,” he reveals.

“People make assumptions too – some who think I shouldn’t do anything and others not understanding why I’m not doing what I was trying to do before.

“So many people don’t understand what this diagnosis means."