Sugar Good, the manager of the Dunkin’ donuts store in Edmond, Okla., didn’t know much about the customer in the red truck other than that he was pleasant and consistent. Each weekday morning at 7:15, he idled at the drive-through window while she handed off his sausage, egg and cheese croissant and a large hot coffee with cream and sugar.

A year would go by before she gathered the courage to pass him her sprinkle-bedecked business card with his breakfast in September 2018. But when she did, it came as a relief to both. The man, John Thompson, a recently retired Marine working as a car salesman in Oklahoma City, had been wondering how he was going to figure out what her real name was.

“When I started going through the drive-through, I noticed she would smile with her eyes, and I thought, maybe if I read the receipt I can see what her name is,” he said. “But it said ‘Sugar No. 7.’” He figured Sugar must have been a reference to how he likes his coffee. With the card, which listed her cellphone number at the bottom, she cleared up the mystery — as well as her own case of the blues. 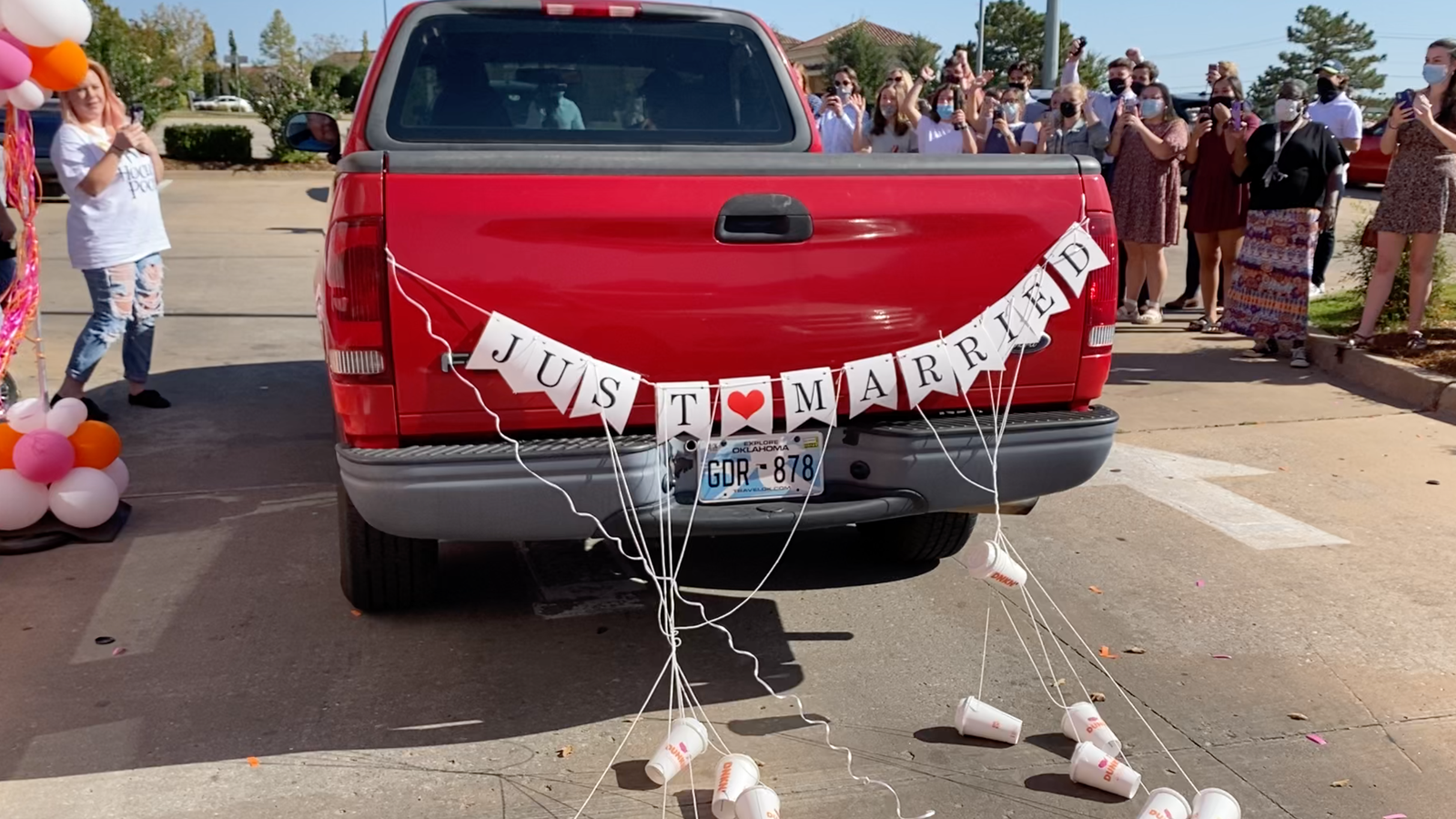 Mr. Thompson, 45, and Ms. Good, 49, are both divorced. “The day before he called me that September, I was on my way home from work and I thought of all the people going home to be with their families,” she said. “I said to myself, ‘I’m lonely.’ Three tears fell from my eyes.”

By the end of 2018, after a first date at an Oklahoma City miniature golf course and a few months of filling in the blanks about the person at the opposite end of a fuzzed-over fast-food microphone, they were in love. “The funny thing is, we were comfortable with each other from the beginning because we had gotten used to talking to each other every day,” said Mr. Thompson, who now works in the parts department at Bob Howard, the Oklahoma City car dealership. “It was kind of instant, like we’d known each other a long time,” Ms. Good said.

In April — neither is sure of the exact date — Mr. Thompson proposed in the Dunkin’ parking lot while dropping her off at 3 a.m. for the start of her morning shift. She said an ecstatic yes. Setting the date took some time. Figuring out a place to get married did not. “We knew we wanted to share it with the Dunkin’ family,” Ms. Good said. 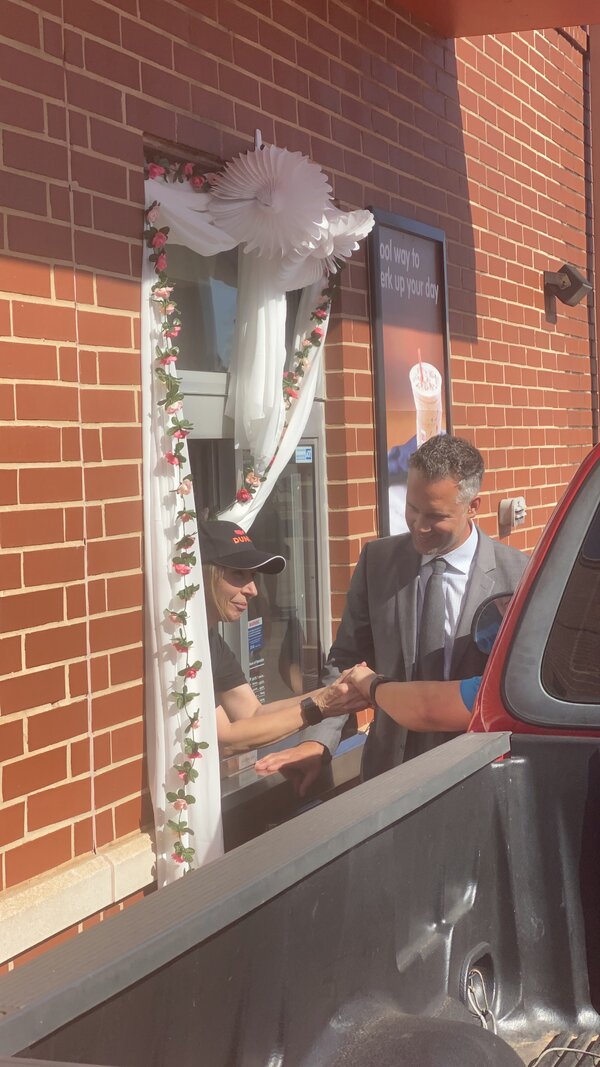 On Oct. 13, Ms. Good took her place inside the drive-through window in Edmond wearing her Dunkin’ uniform. Mr. Thompson, in his own regular work clothes, drove his red truck to Ms. Good’s window. This time, he had butterflies in his stomach instead of hunger pangs. Colby Taylor, a former pastor at Life.Church, stood between their two windows to officiate a ceremony that had to be kept short because of the push of regular customers behind Mr. Thompson. Toward the end of the ceremony, Ms. Good rushed outside and Mr. Thompson stepped out of the truck; a crowd of 30 regulars, friends and family cheered them as they shared a first kiss as husband and wife.

Among the crowd was Misha Goli, the owner of the Edmond store, who had signed on to host with enthusiasm, splurging on balloons, a doughnut bouquet and bubble letter pink-and-orange signage to alert unsuspecting customers to the special event. Glazed and maple glazed doughnuts, the couple’s favorites, were free to all. “Sugar connects with everybody,” Mr. Goli said, meaning the bride, not the substance. “She’s like family. When we saw how happy John made her, we knew we wanted to do this.”

Ms. Good and Mr. Thompson, who clinked coffee cups instead of champagne glasses, were humbled by the show of support. “Our story wasn’t glamour, but it was true romance,” Ms. Good said.