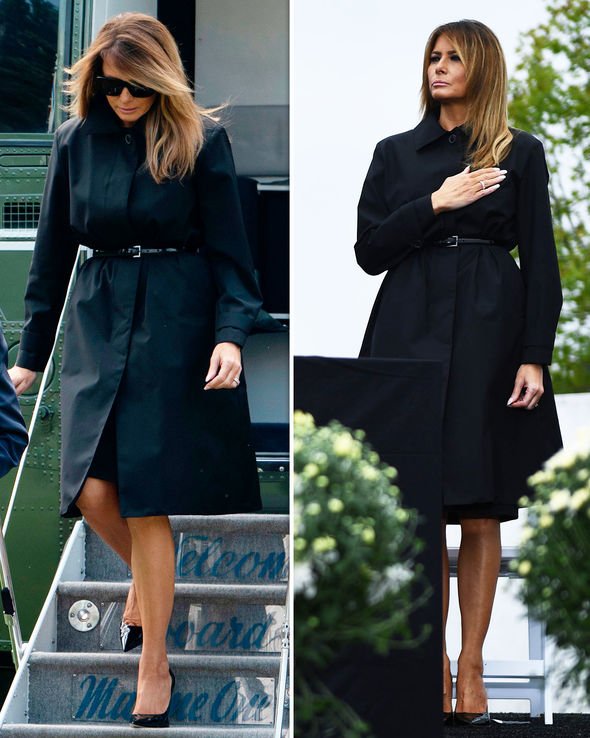 Melania Trump attended a ceremony at the Flight 93 National Memorial today. She was joined by Donald Trump to remember those who lost their lives in 9/11 attacks.

The First Lady commemorated the 19th anniversary of the terrorist attacks.

She attended the ceremony which took place in Shanksville, Pennsylvania.

While at the event, Melania and Donald paid their respects by laying a wreath.

Melania cut a sombre look as she wore a head to toe black ensemble. 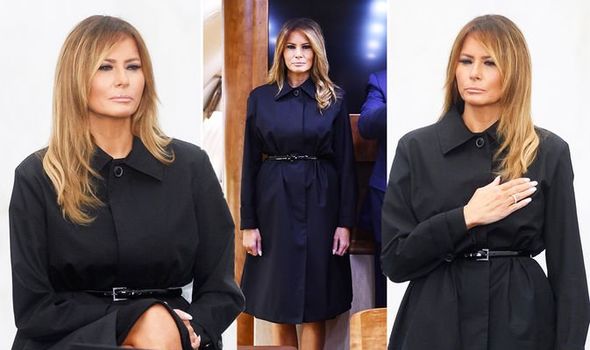 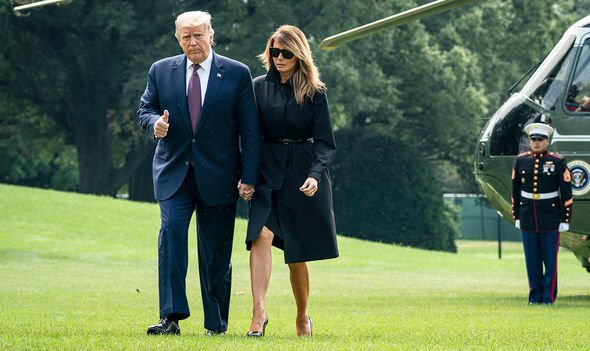 The mother-of-one wore an oversized black coat that cut off just above the knee.

She wore a thin black belt that pulled her in at the waist, highlighting her slim frame.

The jacket had two large pockets on the front and she wore it buttoned up to the top.

The First Lady kept her legs bare, choosing not to wear tights with the look.

Her outfit was dressed up as she wore a pair of closed-toe black stiletto high heel shoes.

Her long highlighted locks were down and styled into a straight blow-dry.

She opted for a simple make-up look to complement her subtle outfit.

The First Lady wore a dark smokey eye with a slick of bronzer and nude lipstick. 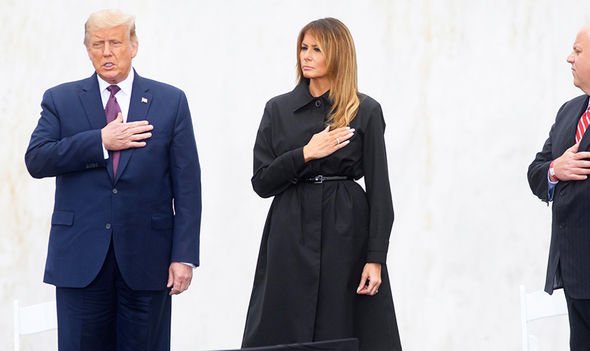 Her engagement ring could be seen on her wedding finger and she wore a thin silver band on her right hand.

It reads: “Today, we pause to remember those lost on #September11.

“The heroes, the innocent, the brave and the families whose lives were forever changed 19 years ago today. 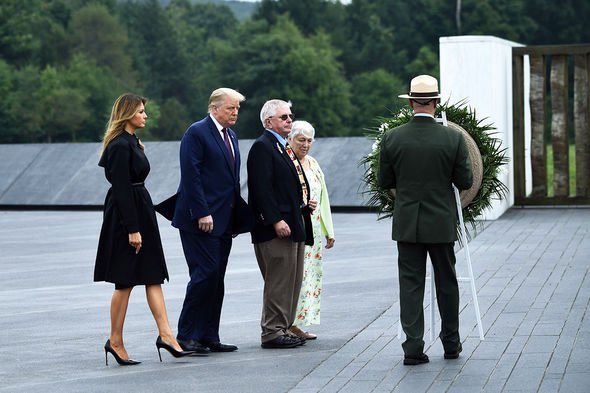 “Let’s reflect upon this moment in our history and #NeverForget those taken from us too soon.”

The Trumps returned to Washington D.C. after the ceremony and were spotted walking across the South Lawn of the White House.

When arriving at the White House, Melania covered up in a pair of oversized black sunglasses.