Meghan Markle has worn her fair share of stellar clothing. From her Givenchy wedding gown to her Princess Diana-inspired ensembles, the Duchess has style. However, Meghan Markle’s "Mommy" necklace may be the cutest thing she’s ever worn.

If you’re a stateside fan of the Duchess of Sussex, you probably heard that she Markle was in New York Feb. 18 through Feb. 20. The Duchess came to the states to celebrate her pregnancy with close friends like Amal Clooney and Serena Williams. NBD, right? While photos from inside the ultra-private baby shower aren’t available to the public, those snagging photos at the location of the event were able to glean that the fête was filled with pastel pink flowers and featured music from harpist Erin Hill.

Alas, all fun vacations must come to an end, and Markle headed home to the United Kingdom on Feb. 20. On her way to the airport, however, Markle may have debuted an accessory that will rival the cuteness of the sweet pasta necklace she wore while in Australia.

Around her neck, Markle sported a gold necklace that read "Mommy." You just let out an "awwww," didn’t you? According to style site Meghan’s Mirror, the necklace is from designer Jennifer Meyer and costs a cool $850. 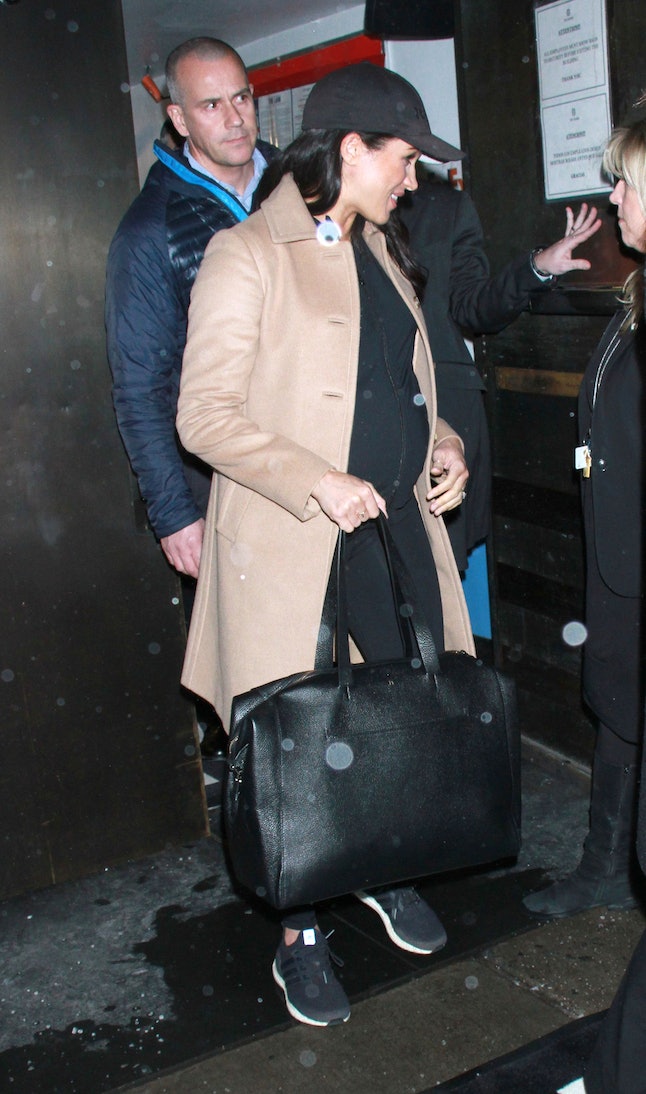 Prior to her time in New York, Markle had never been spotted wearing the necklace, and it’s actually quite different from her usual pieces. Many of her jewelry choices are simple, like her penchant for ring stacks. A graphic necklace is a change, but it’s perfectly fitting for the mommy-to-be. Plus, she did just leave her baby shower.

The necklace could easily be a gift from a famous friend, and with a price tag like that, those famous friends may just be the only ones who could afford it. 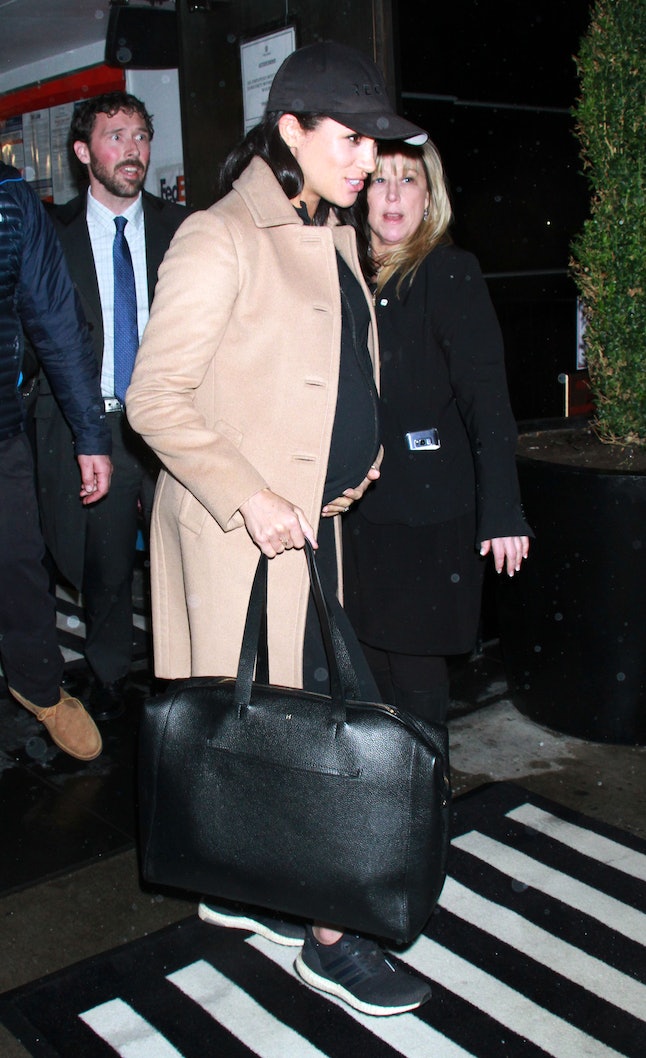 While Markle’s "Mommy" necklace may have been the most notable part of her ensemble, there’s another thing about what she wore that’s a major departure for the Duchess. She was completely dressed down. Markle was traveling home, after all, so her casual attire makes sense. Seeing Lululemon and Adidas on a royal is still kind of like seeing a fish walk on land. Markle, however, totally rocked the all black athleisure look, and even under a baseball cap, her blowout looked flawless. 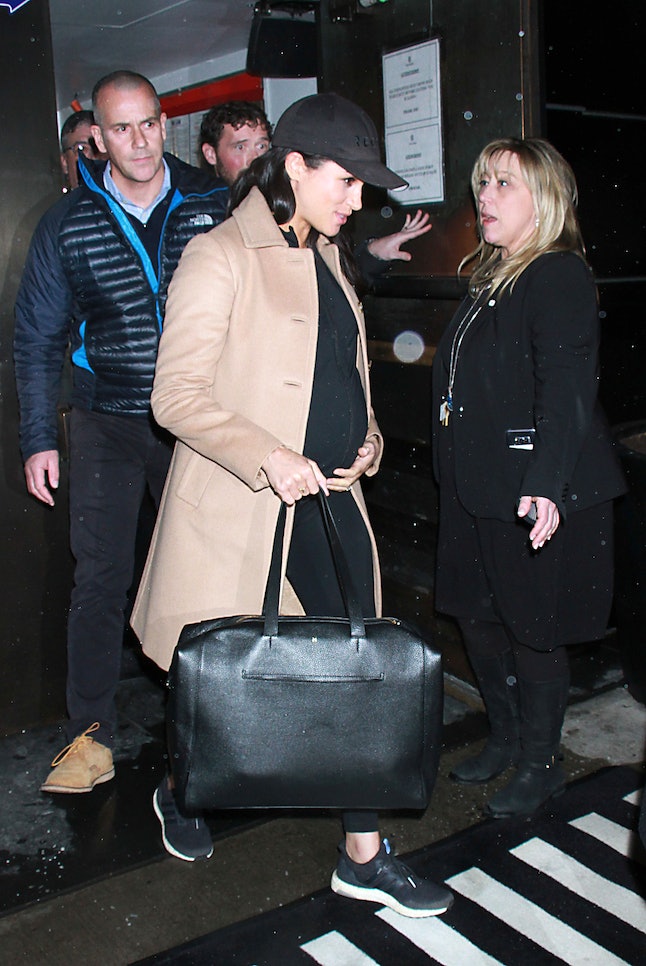 Are you wondering what’s next for Markle once she’s back in the UK? She and Prince Harry will have a final royal trip before their baby is born. According to Harper’s Bazaar, the couple will travel to Morocco from Feb. 23-25 where their duties will focus on girls’ education and the youth of the country. After that, Markle will have another baby shower in London according to royal correspondent Omid Scobie. 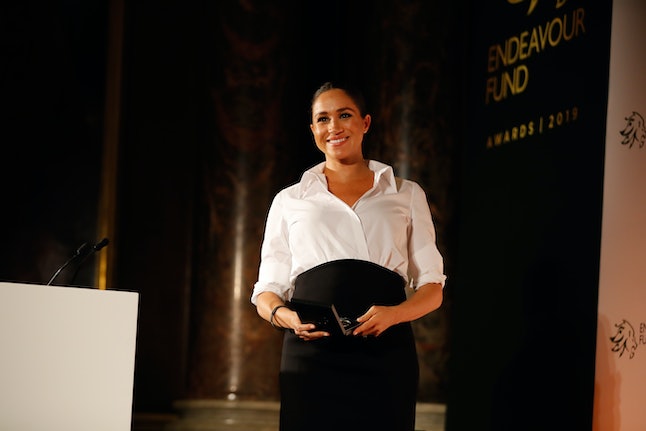 Will Markle wear her "Mommy" necklace to future royal engagements? Maybe. Honestly, though, with a royal trip to Morocco and another baby shower coming, royal style fans are in for more Duchess of Sussex style — with or without her new accessory.